Aire Shoebridge is a character I invented a couple of years back as an intro to a game of apocalypse, Althrough at the time I didn't have a model for him as he'd no part to play in the game, the story built around him brift as it was (& part of which is at the end of this script) was one that caught my interest & as I now play INQ28 feel its time to flesh Aire out a bit.
So I've built a model & wrote a little story about him which is what this post is about, so bewarned the text below is a little long with no real eye candy.

In the week leading up to the birth of Aire Shoebridge a warp storm engulfed the Corinthe system, on the  planet of Tibba, the finial 6 hours of his mother's labour seemed to be of a very unusually high level of pain & suffering & so violent  was the last contraction that sent Aire into the world that this mother arced her back so hard that she snaped her spine leaving her paralysed. 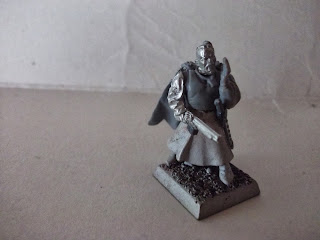 The youngest child of a family of 11 children, Aire was only close to one of his siblings his mute sister Jazinda eight years his elder who dotted on Aire from the day he was born & would have the baby Aire in her arms any chance she got. 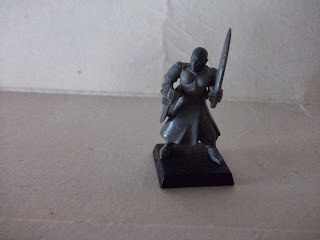 From an early age Aire seemed to have an unnatural liking  for violents & on his 8th birthday haven gotting in to a fight with his brother Bane, drove the red hot end of a sparkling candle into his brothers eye completely ruining the eye & leading to Bane haven to have the eye removed & replaced with an augmented one. 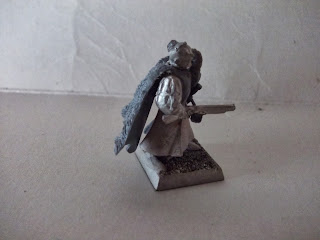 Through out his early teens Aire's father had to use his influence on more then one occasion to keep his son from the rigours of the law, but all that was to change when on his 18th birthday Aire was to kill a young man in a fight for trying to make advances towards Jazinda 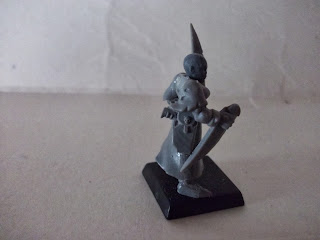 But before any sentence could be past on Aire for his crime the regional Governor who was a close friend of the family & had actually been at the party, step in & decided that Aire would do 10 years in the penal legion instead thus saving Aire from what would have been a minimum 40 years custodial interment.

With a very low survival rate among the penal legion this must have seems to many like a death sentence for Aire, but faith had other plans for Aire who after his ten years where done returned home with hardly a blemish on his body never mind a wound..

Upon his return Aire went to work in the family business which by this time was been run by his eldest brother Jericho as their father had retired a few years back due to old age & ill health.
Over the next couple of years nothing untowards was to happen in Aire's life & it seem to one & all as if he had sowing his wild oats, his relationship with Jazinda however seems to get even closer in these years & when ever possible they would always be together. 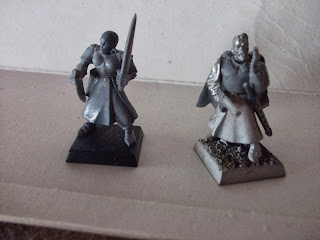 Although there was mamy disagreements between then over how the business should be run Jericho's discussion was always final & Aire would always do as his older brother asked with no sign of animosity even if it was not to his liking.

Three & a half years after Aire's return Jericho was to have a fatal accident when out riding on his zonoxo he was throwing from his mount while jumping a fallen tree impaling himself on a branch & bleeding to death before he was found.

Even though he was the youngest son it was Arie who took over as head on the business & at once set about changing how things would be done.

For a millennium or so house Shoebridge had been a non-descript player always up-to-date with its taxes & happy enough with it's small power base.That was it would seem until Aire took on mantel of head of the house, for it seems that Aire is a somewhat ambitious man.
Upon taking control he immediately launched an agressitve business campaign aimed at putting the squeeze on the other houses. Now by all accounts this was a high risk ploy & would have brought house Shoebridge to reck & ruin if it had failed.
Indeed the general opinion is that that's exactly what should have happened.Somehow it would appear that against all odds Aire was successful & now house Shoebridge is the most powerful house in the system it's influence reaching far & wide with some very important friends in high places.On the face of things it appears as if everything is right & proper with taxes paid up on time & in full as was always the case.

If you read all of the above I hope you found it interesting & enjoyed it, if read some of it or none & just skiped to the bottem no harm done either way thanks for dropping in & please do so again.
Posted by Frank O Donnell at 10/15/2013