With Paddy home for the weekend, it was a chance to get a game in, with Paddy once again using Jack & the crew & me using some NCP's as guards, we played the race against time mission with Paddy in the roll of the defender.

While staying in Malice, Jack & the crew learn that not far away is an aeronautica's factory where they might be able to get their hands on some of the parts need to fix the warp drive on the Hermes.


But with no means of buying the parts they are going to instead have to do a little bit of moonlighting, We join the action with Jack & the crew already inside the factory, but they seem to have triggered the alarm.

But first a link to the start of this story for anyone new dropping in (http://ifitwasntforone.blogspot.ie/2015/05/tricol-first-contact.html)

While the part that they got for the plasma converter would be a big help in trying to fix the warp drive on the Hermes they where still short of many other parts & with there funds getting low again Jack knew they where going to have to think up something.

They still had the crate of weapons they had taken from the asteroid that they could try & sell, but Jack was reluctant to go down that route as he believe it would lead to all kind of problems, still if all came to a must then he have to, but they still had enough credits to do for a few days yet.

Well that's it for me this time round, but before I go a well played to Paddy who used the dodge rule very well to run out a 3-2 winner, also my thanks to Paddy for taking part in what was another very good game of Pulp Alley & also my thanks to you for dropping in, I hope you enjoyed it & will call back for the next Perilous episode.
Posted by Frank O Donnell at 7/13/2015 No comments:

I made up some river sections to go with my board, now I'd many an argument with myself over what way to do this I must say, do I make them up if full tiles or make them up to just sit on top of my tiles. 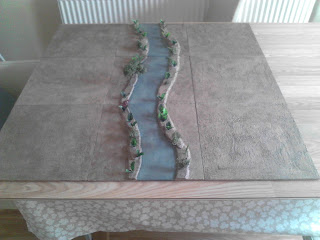 While this may be limiting in some ways it also gives my more freedom in others, so in the end both sides of the argument had their points, while I was at it I also sprayed enough tiles just what I though was a flat gray but Halford's gray seems to have become a bit more blue since I used it last lol 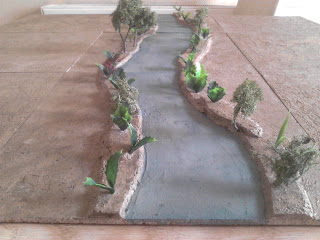 I also made a few more of the rising sections, & between them & the river sections feel I now have a lot of choice when it come to table lay out which is good. 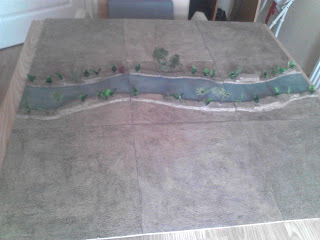 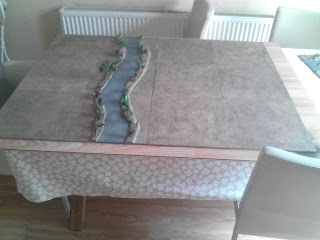 With the river sections I can now also make up a 4X3 table should I have the need, also a good thing. 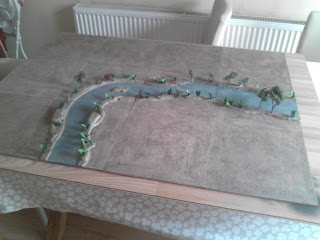 As you can see in the pictures I didn't try to do much with the water, as unless your using stuff like water effect I thing water can be very hard to get right. 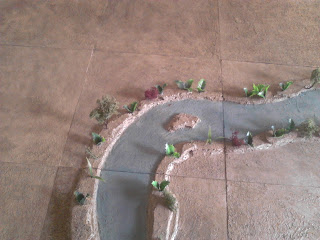 So all I did wall after I had sprayed the tiles cream I mixed GW dark something blue wash & water at 1to2 & gave the river two coats. 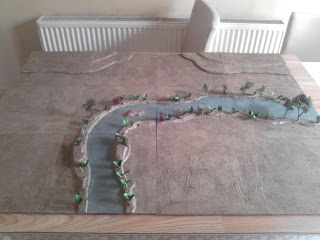 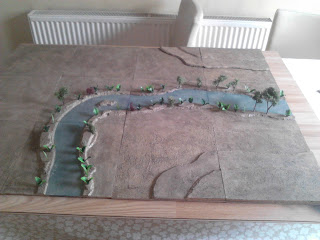 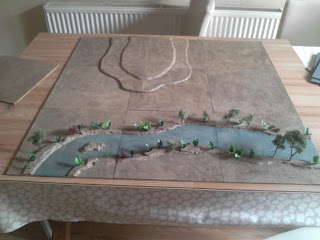 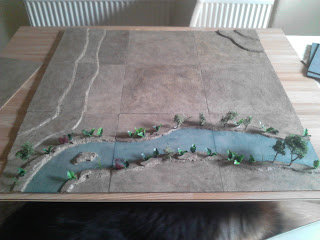 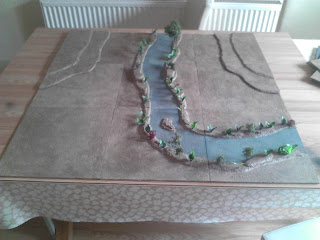 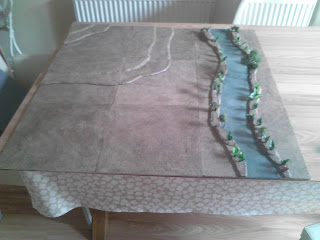 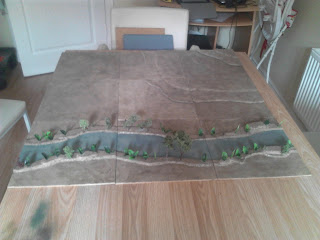 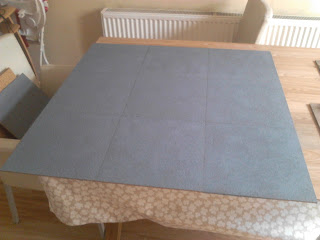 Well that's it from me as always my thanks for dropping in.
Posted by Frank O Donnell at 7/08/2015 2 comments: