40K The real joy of Renegades

I think for me the real joy of the renegades is the modelling, what do mean Frank you ask ? Good question, if you look at the armies in 40K the stuff they use from guns to tanks in more or less set in stone.

Apart from ork's who can have anything the other armies not so much so, unless you're doing stuff like Dave over at http://www.40kaddict.uk/ did for his nids, I mean Marines have rhino,s yep, Elder have Falcons and you can't really change that to much IMO.

Now Renegades don't really suffer from that as they're not a real army so get away with a bit more, when I started this army some years back it was done from a modelling point of view.

While FW do some wonderful models there more the real army type & that's not really what I'm looking for, what I want from this army is the we make do with whatever we can get.

So it was when I wanted to add so quad launchers and a heavy mortar I went for something a bit different, using havoc launchers on little home made carts or whatever it is you might call them.

The heavy mortar is a multiple rocket pod with a part of a defiler &,some plastic tube a part from the chaos tanks kit that just sits on the bottom part of the havoc launcher.
Maybe not everyone's cup of tea but to me they help create the feeling I'm looking for in the army and give me that something that I know I'm not going to look across the table & see looking back at me.
Most people think of Renegade's as a guard army just gone over to the other side, happily for me that is not the case at all & I try to show that the models, anyway that's it for this time as always my thanks for dropping in & if you'd care to comment it would be welcome.

So after years I find myself heading back down to Brocon to play some 40K & needless to say the Renegades will becoming with me in the shape of the Vrak's  Renegade Unending Host detachment with some Allies from IA 13. 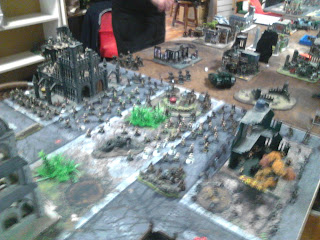 Even with the list not needing to be sent in for a couple of weeks yet I've decided to get it in early as there is still some work to be done on them & with the list set I now know what needs doing, the list in away more or less picked it's self & it is what I think of at the moment the core of my army. 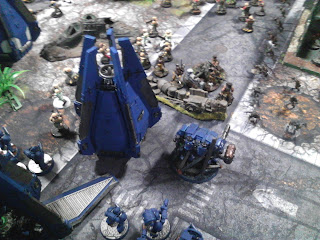 In the club we platy at 1850pts but Brocon is only 1500pts the extra 350pts in club games is what I more or less use for changing the list around from week to week, I think in a tournament 1500pts is better as it helps to get the games played in a more relaxed way so I not in anyway put out be it. 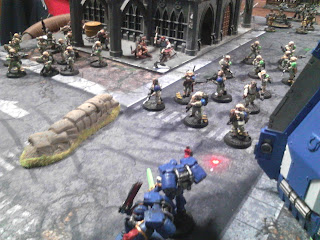 How well I or the list will perform I no idea tbh & the only requirement I have on this event is to have fun, enjoy it & let the dice gods decide my faith as this army has not 1 single reroll in it, what a chance from my power gaming days of when my army would be built around as many rerolls as I could get. 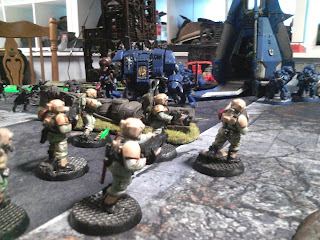 The only thing this army has going for it is that every thing init is cheap pts wise & that 6 of the units in it can return on a 2+ something I feel necessary in this kind of army in todays world to stop you been tabled in a couple of turns (I hope). 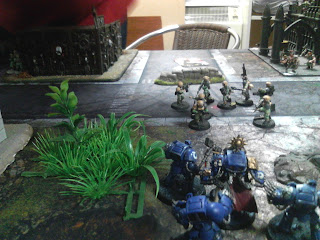 Below is the list, but before that I'd just like to thank Bryan for the game the few pictures in this post are from & as always my thanks to you for dropping in & if you'd care to leave a comment it would be well come. 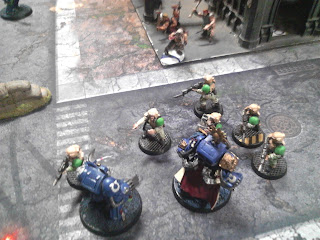