So what is the hobby season I hear some of you ask ? well its a look ahead to the coming year & what you hope to do in the hobby, be it paint one model or a whole army, make terrain, take up a new game or whatever, it all the brainchild of Mr Dave Weston for 40K addick a blog you'll find over on the side.

It's been a strange year for me hobby wise, so before I start on the year a head how did I get on in the year gone by ? well to be honest I only listed 3 things to do so the bar wasn't over high, I not sure whether I completed 1 or 2 of the targets I set, confused I bet you are lol.

One of the things I'd hope to do was a certain points amount of sisters of battle, but as I then sold them along with 2 other armies, I'm going to put them in the fail corner which means I've done 1 out of 3.

The one challenge I did complete was learning to play a new game & that's what this years challenge will be built around, if you've been to this blog recently you'll know that game is Pulp Alley & that were a couple of games into the Perilous Island campaign.

Having grow tried of 40K & painting model after model I was looking for something else & as I spend more time doing hobby stuff than I do gaming I needed something to keep me interested, what I came up with was the Tricol system as the backdrop to my games, centred more or less around Panama Jack.

Right give over the waffling Frank & get to the challenge you say, well the challenge is all about terrain with a small amount of models thrown in, as I've said were two games into a campaign which leaves 9 to go, but I've only 7 challenges, So I need to get ready whatever terrain & models I need for the 9 following scenario's.

1) At death's door
A needle in a haystack as your looking for a small package in a warehouse, think the end of raiders of the lost ask warehouse, well that's how I see it, so build inside of warehouse.

2) Soerabaja manhunt
Your looking for a old sailor in the docks area of the town, so build harbour area to go looking in.

3) Lagoon of terror
As we head over to the island, first stop is the lagoon complete with wreck, so build lagoon.

The following scenarios don't have to play out in a certain order, so I'll list them as they are in the book

40 Sinister swamp
Not only do our hero's have to face a swamp & all the horrors that entails there also zombie's,
so make up terrain & paint zombie's

5) Jungle trail.
Hacking your way through the jungle & coming in contact with the natives
I have models that will do as natives so just need to build a jungle

6) Blood sacrifice.
I might go down the King Kong road on this one,
build whatever I decide to go for

8) Hell unleashed
This is set in the ruined city, so doubles up with 7

9) The escape
This will use part jungle part lagoon

Some thing will double up like the ruins, but there will be other thing I'll need as well not covered above so enough here to keep me busy,  so that the plan for the year a head & I've feeling I'm going to do better this time round, but whether I do or not it's a good  way of getting things done so maybe you'll join us.

Before I go next week is NWG & while it has falling a bit from it dizzy heights it is still an event that has a special place in my heart so I'll be doing a blog report on the happens of the day, so I'll finish up with my thanks to Dave for his hobby challenge & as always to you for droping in.
Posted by Frank O Donnell at 8/29/2015 4 comments:

The latest league on Tricol is The Severed Head League, call so after an establishment owned by one Adele Blanc-Sec the leader of the league, this gang had their first run out in the dig site report
http://ifitwasntforone.blogspot.ie/2015/08/tricol-digs-at-dig-site-pulp-alley-aar.html
so with out further ado. 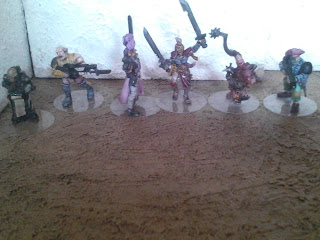 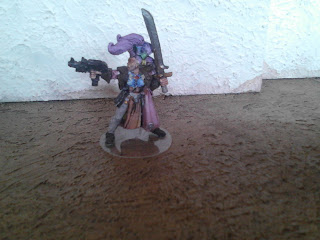 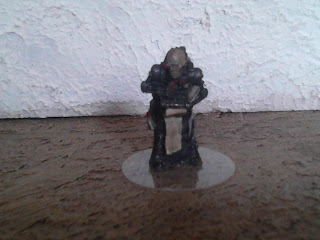 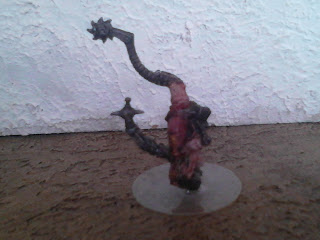 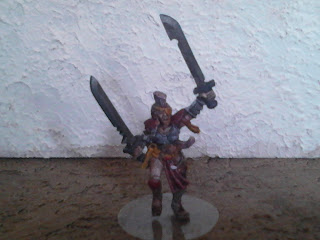 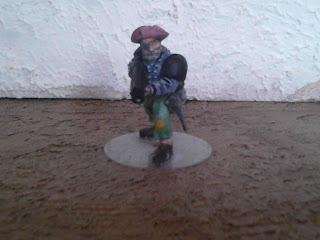 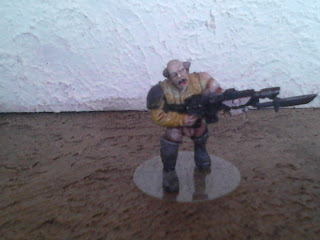 League Perks, Jack of all Trades.

That's it for me folks as always my thanks for dropping in :-)

Tricol, Digs at the dig site, A Pulp Alley AAR

Jack & the crew after receiving information from Alex as to the where about of the dig site, went in search of Elaine Darrow the Tect-priest's daughter but would they be alone in their quest ? 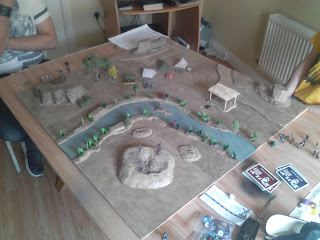 If your only new to this site or have not been here in a long while here's a link back to the start of the trail.
http://ifitwasntforone.blogspot.ie/2015/05/tricol-first-contact.html 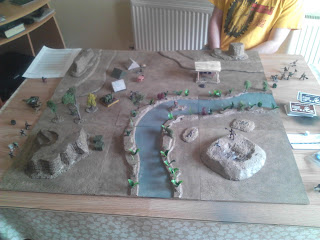 As Panama Jack & the crew arrive at the dig site, the first thing they noticed was a women standing on a little island in the middle of a river screaming at the top of her voice, who are you people & what are you up to you've no business here do hear me now clear off. 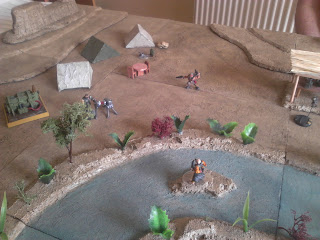 There seemed to be a lot of people about & some of them didn't look like the type you find on a archaeology dig, then Lucinda turn to Jack & said, aren't some of those guys some of your old friends that have been after us ever since we came to Shin-Tethys, her sharp eye's recognising one or to of them. 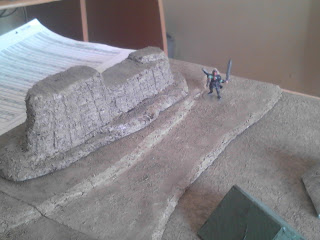 Ok lads Jack called out spread out & keep an eye out for anything that might be of use to us, I'll see if I can get to Miss Dorrow & convince her we mean no harm.


Designer notes, If your reading this fallowing the story then the next post in the story is Flight 147 out of Malice which somehow got move on the blog.
The mission we played out was Hidalgo Fire from the Perilous island expansion of PA, kicking off the beginning of the campaign in that book, which seen Adele Blanc-sec & her followers make off with Elaine Darrow (the major plot point) worth 3 vp's.

The Bash street gang make off with two minor plot points (thanks to some late mugging) worth 1 vp each, so 2 vp's for them & Jack & the crew take one minor plot point so 1 vp for them but I'm sure the papers will be of some help to Jack in his quest.

The four explosions happened at the start of turn 4 & if the game seems very quick from that point on it was down to me forgetting to take picture for awhile in all the excitement, it not easy playing & taken pictures at the same time you know.

Adele & her followers is a new gang I've put together & I'll do a post on them soon I hope, so I'll finish up with my thanks to Paddy & Ralph for taken part in the game & for making it so enjoyable & as always my thanks to you for dropping in.
Posted by Frank O Donnell at 8/16/2015 6 comments: