After a delay for various reasons we got our campaign going again. 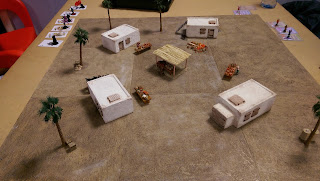 It was rumoured that out in a small suburb of Cairo that some strange & old things had been turning up on market day of late. 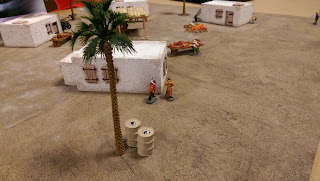 So our bands of hero's headed out to see if they could find anything to help in their quest, with Penelope stopping off on the way to power her nose. 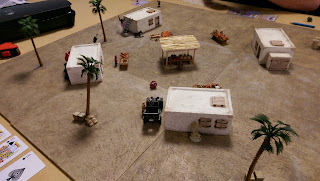 Mingling in unnoticed with the crowd ( who writhe's this crap?) everyone was very mindful of their P's & Q's. 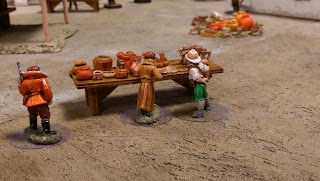 The PP's were five people spread around the the board, with the major PP not coming into play for either side until they had first completed a minor one. 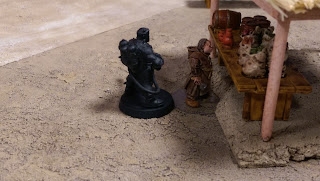 There was also unknown to the players a special PP who is a guide know as Mad Aziz. 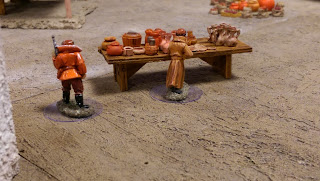 First PP in the bag for Dick's guys. 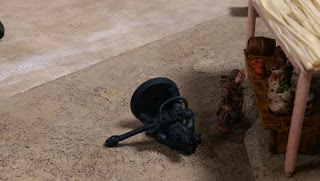 A bell rings out & down goes our first hero, he must have asked the wrong question. 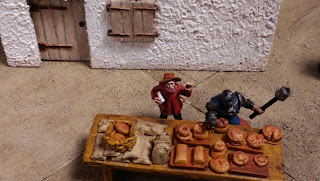 Yes there all fresh only baked this morning. 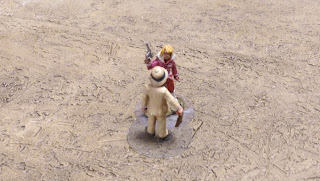 So nice of you to join us Penelope, what's that you say you've got the major PP in the bag ? 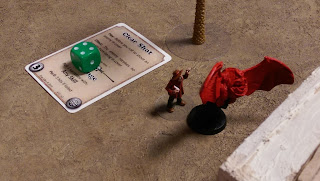 All that stuff about freshly baked turns out to be a red herring the real deals are made around the back. 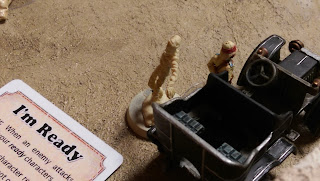 But Mummy I don't know where the key's are & besides your to old to be driving.
(Corny you bet it is lol) 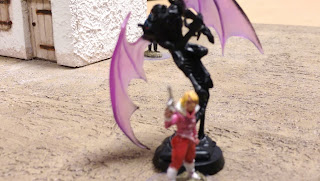 Then a high pitched voice call's out "Help Help. 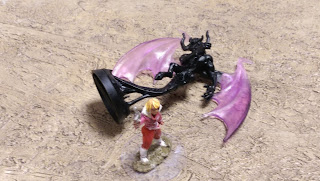 Go on admit it you thought it was Penelope didn't you ? 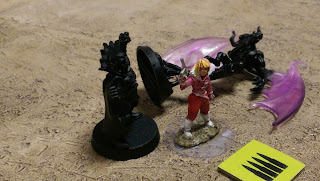 The Count comes rushing to the cries of his falling friend, this could be bad for our heroine. 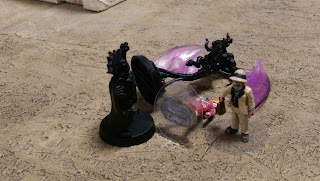 Yep she's down & dropped the bag, which is picked up by a chap who just happen's to look like the guy she got it from. 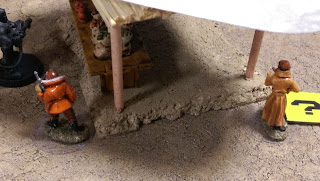 Your wondering at the ?marker right, well like all brave hero's he's hiding, nothing to see here back to the action. 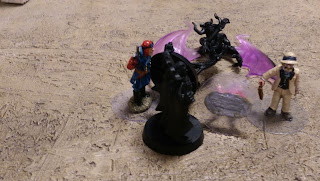 Nice of you to join the show Dick, " just carry on telling the story Frank" replies Dick, but can he save the day ? 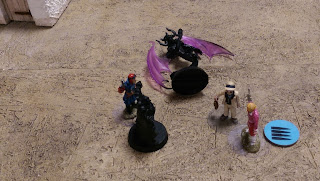 Penelope is back on her feet while Dick stare's down the Count, "look I've told you already I don't have any spare blood got it ?" says Dick 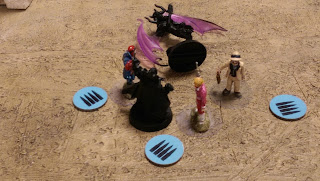 Penelope forgets about the bag & rush's to Dick's aid. 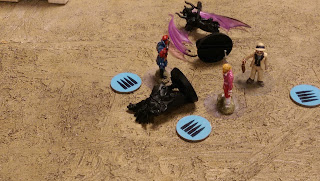 The Count is well out for the count, can these two unlikely hero's pull it off ? 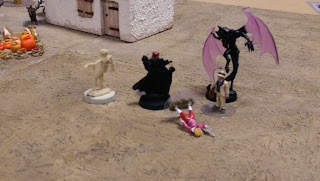 No is the answer & so it was that the day out came to an end with the Count's league holding 3 minor PP's including Mad Aziz, while Dicks lot ended up empty handed, but what's this madness ? it seems they've decided to put their difference's aside & head out into the burning desert with Mad Aziz as their guide, madness I tell you madness.

That's a rap for this post, my thanks to Dave & the Doc for taking part & as always my thanks to you for dropping in & if you'd like to leave a comment it would be welcomed.
Posted by Frank O Donnell at 5/07/2017 10 comments:

Just a quick little update on some of the animals that I got done. 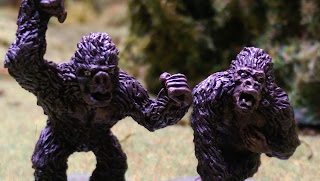 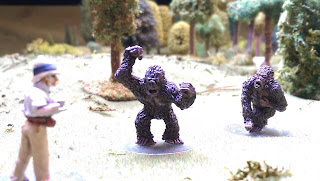 I was happy with the way the gorilla's turned out. 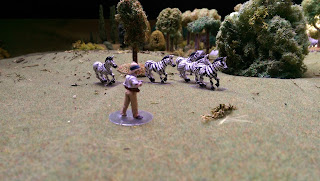 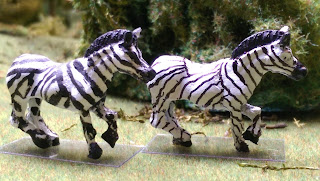 Not so much with the zebra's, fine for back round candy but not great up close. 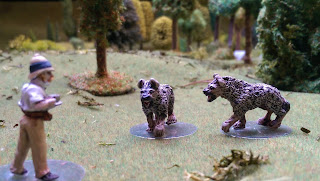 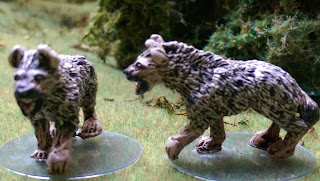 The hyena's also turned out fine & the animals should make a nice addition to my collection when there all finished.

That's a rap for this post, as always my thanks for dropping in & if you'd like to leave a comment it would be welcomed.
Posted by Frank O Donnell at 5/02/2017 9 comments: