The Evil Below, Pulp Alley AAR

Apophis a terrible evil from Egypt past, tomb has been discovered & deep within the Great Serpent awoke, so comforting it was to know that a league of hero's where willing to risk all to stop this evil arising again,lead by Count Vlad who just happens to be a vampire, confused I bet you are PA enter's the DGG & the game might never be the same again. 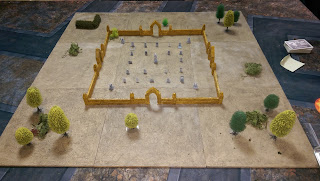 Doc's league the grave digger's ( how fitting considering the scenario rolled for, I tell you you couldn't make this stuff up) had but one simple thing to do, grab the major pp which is in the dead centre of the graveyard, but it is not as simple as it looks, trying to stop him was the Servant's of Apophis under the control of Dave. 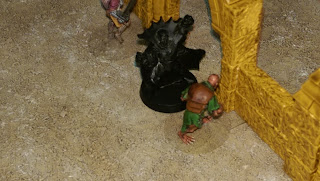 The game was fast & bloody as be fitting any league made up of a vampire, mummy & other kinds of unsavoury thing's haunt our night's. 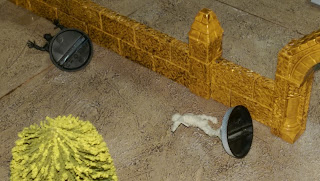 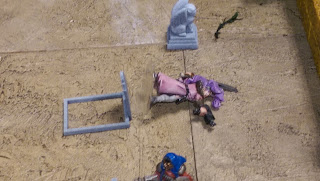 but pay backs a bitch I've a feeling that after this one the gravedigger will be putting in a few extra hours. 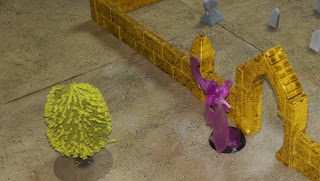 This whatever you might call it had a bit of trouble in finding the graveyard even though the Count had giving it directions. 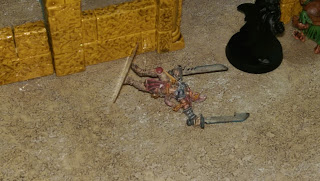 Walls with doorways in them should never be climb it seems. 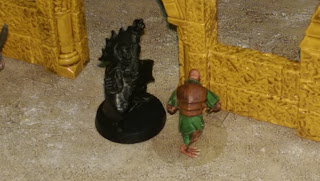 The Count & the Serpent Priest are having a bit of a Mexican stand off. 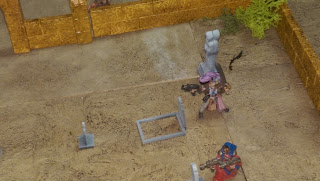 Didn't that statue use to be in the middle of the cemetery ? 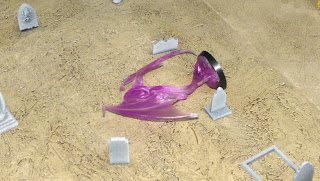 Might be that Pinky would have been better off had it never found the graveyard. 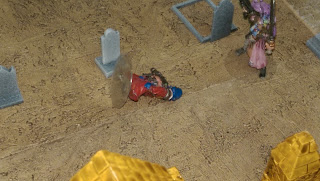 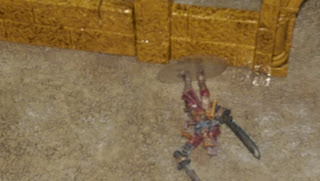 Looks like that wall hasn't become any easier to get over. 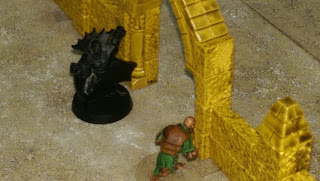 This dance is over say's the Count I've more important things to be doing. 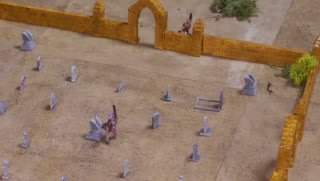 Where's that statue gone to now ? 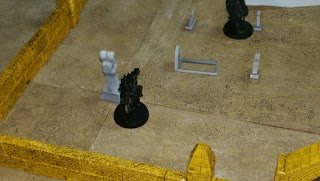 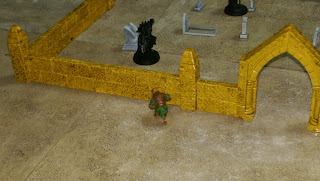 Well played Dave & a bit of bad luck Doc, but as both player's really enjoy the game as well as your's truly we all went home happy.

That's a rap for this post, my thanks to the Doc & Dave & as always my thanks to you for dropping in & if you'd care to leave a comment it would be welcomed.