Behind the scene's, The Harbour

One of the things with Hirst mold's is that a lot of the time you'll end up working on more then one project at the same time & this is one of them times as like I said in the last post I only get a few of the blocks I need for the graveyard each time, so when I'm mixing up some plaster I' might as well pour some other stuff as well. 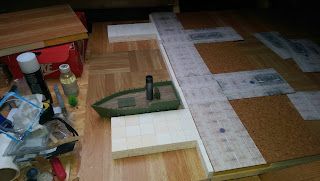 Now I didn't go to to much trouble in setting thing up but I'm sure you can with a little imagination see what I'm doing from the pictures, a harbour  is one of those things that versatile & is something that can be fitted into many a different setting & games. 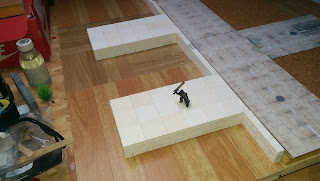 It also helps if it flexible & as is to my liking I've made them that way as the pier part is removable, from the wall section, as you can see from the two pictures above change them from far apart to closer together means that your not using the same lay out each time your making a harbour in a different city. 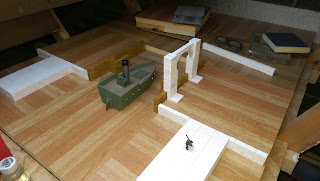 Having a river flowing out with the pier's either side for it changes everything again, you still have your imagination's switched on right ? good. 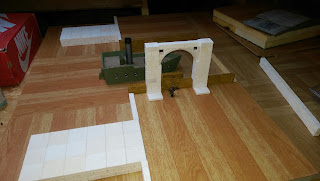 That big archway you see in the picture's above is for, tell you what we'll leave that for another time shall we ?

That a rap for this time as always my thanks for dropping in & if you'd care to leave a comment it would be welcomed.