On location, The graveyard

Next week for the first time Pulp Alley (PA) goes into the Dublin Gaming Guild (DGG) as the Doc & Dave head off on the Eye of the Serpent campaign with the first game been the one that take's place in a graveyard. 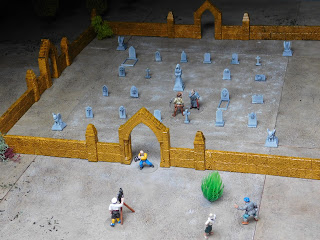 As the finishing touches where been added the film crew turned up so that the director could work out the place for getting the best shot's of the action. 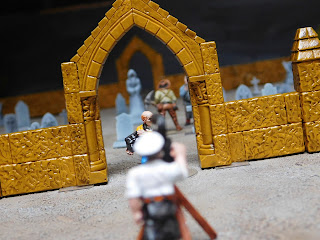 I don't want to give to much about the script away at this point as you never now who might be reading. 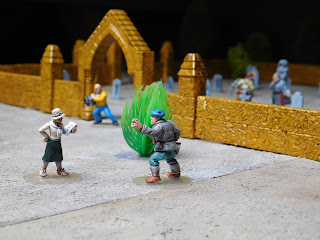 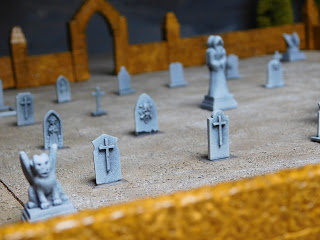 with the building of this set having taken so long it was a good thing that the paint job was a quick one. 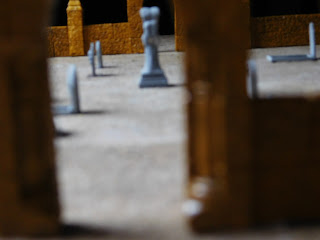 The outer walls was painted with the Halfords filler primer & then given a coat of the dark tone dip, while the headstones & statues where spayed black & then before they could dry spayed white, I think the two different colours are complimenting each other & look better then if the walls had also been done the same way. 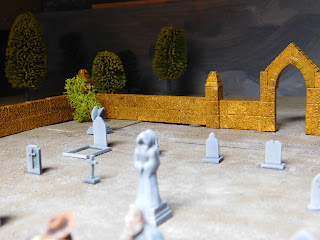 The stature in the picture above without giving anything away will be the major plot point while below is one of the minor ones. 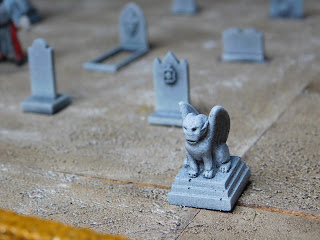 So will the Doc find among the dead what he came looking for or will Dave be able to undo his hard work ? you the viewer will of course get to see all the action unfold as Nickle & Dime Production's will be there to film it all. 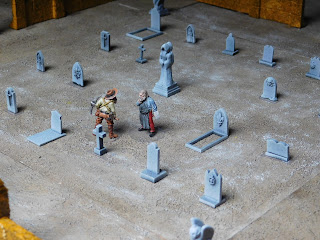 Well that's a rap for this post, as always my thanks for dropping in & if you'd care to leave a comment it would be welcomed.