40k Necromunda The week that was.

I'd a busy & event full week since my last post, Saturday seen me dust off the sisters to do battle with my son in-law Ralph, we went for a mission out of the sisters dex the one where you had to collect holy relic's.

Everyone & their dog knows that exorcist's are good but what about retributors ? tbh I'd used the heavy bolter ones before so this time I ran with a heavy flamer squad & a mulit-melta squad a long side an exorcist.

New to my list was also Uriah Jacobus as HQ & a squad of seraphim with two of them with two handers flamers each, the last but by no means least was a vulture gunship packing a twin-linked punisher cannon the game was at 1700pts.

Ralph was running Gray Knight's & marines & did score first blood but that was about all he got from this game, part of the reason been some bad dice rolls & the other part been that you really don't want to get into a close fire fight with this army, which is what his army is designed to do.

So how did the new stuff do ? well 4 heavy flamers that can become rending are not was marine bikers need even with only one rend the unit put on enough wounds to wipe the squad, the multi-meltas do a similar job to the exorcist but at closer range & with 4 shots instead of D6.

The vulture is just plain broken & Jacobus who I in all honesty I hadn't pay much notice to at the time give some nice buffs & is someone I'll be trying different things with in other games, as for the seraphim well I went for a brave deep strike on a tremi squad & with their act of faith given them shred the wounds just clocked up.

Just to finish off on this, sisters might not be Elder or Wolf's power level but are not the useless bunch that the internet would have you believe either & while I was hoping that I could have built an assault nid army, I see sisters as been my main army for the time been as I think their play style is better suited to my own play style.

Wednesday seen the Necromunda campaign kick off & as three of us were only able to make it into the club we'd a three way game, now as none of us had played the game before it was very much a case of the blind can lead the blind but it was very enjoyable none the less with thw high light been that the three of us managed to mess up with our heavy guns the first time we used them lol, two failed ammo rolls & a grenade stuck in the launcher.

The game sadly didn't go very well for yours truly with some dam juves mugging my leader & making off with the lute he was carrying & then to top it off one of my ganger's went & got himself kidnapped, which nicely set up my game for next week as I've now got to go & try to get him back.

You'll have noticed the lack of eye candy on both the reports ; sorry about that, on the hobby front I've been working on (yes you guessed it) sisters & got a bit more done on them.

What everyone needs is a target, so I've set myself one & one that I think (hope) is do able, always set the bar low that way your not likely to be disappointed, so the goal is five infantry models a week or say the likes or a rhino, now if I could do five infantry models a week that would be at the end of the year 260, I'd take getting 200 done right here & now but we'll see. 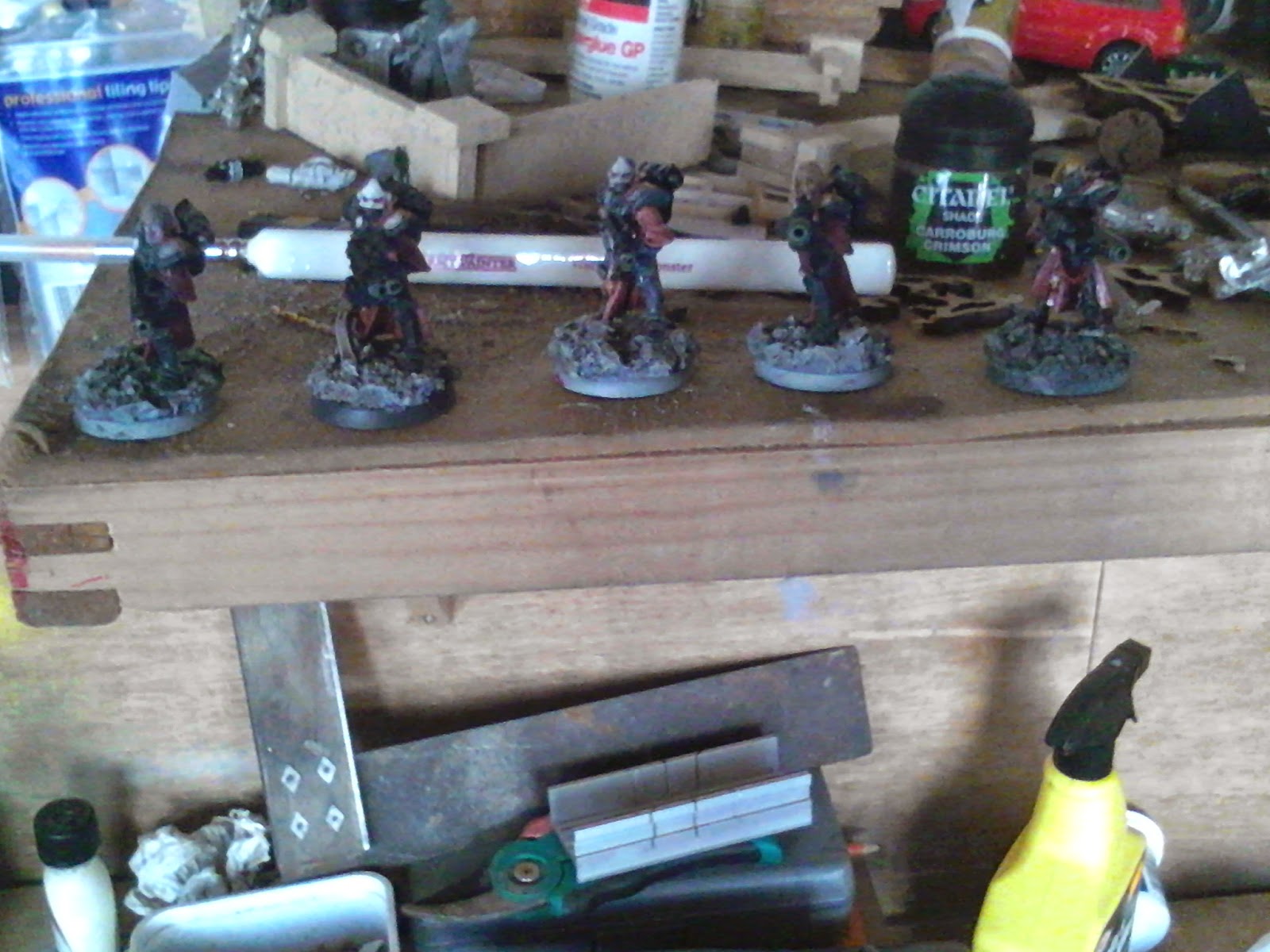 Now as I'm sure you all know sisters are all metal models so that means give them things like combi-weapons is not really the easiest thing in the world to do, but as luck would have it there are one or two that its easy enough to do it with. 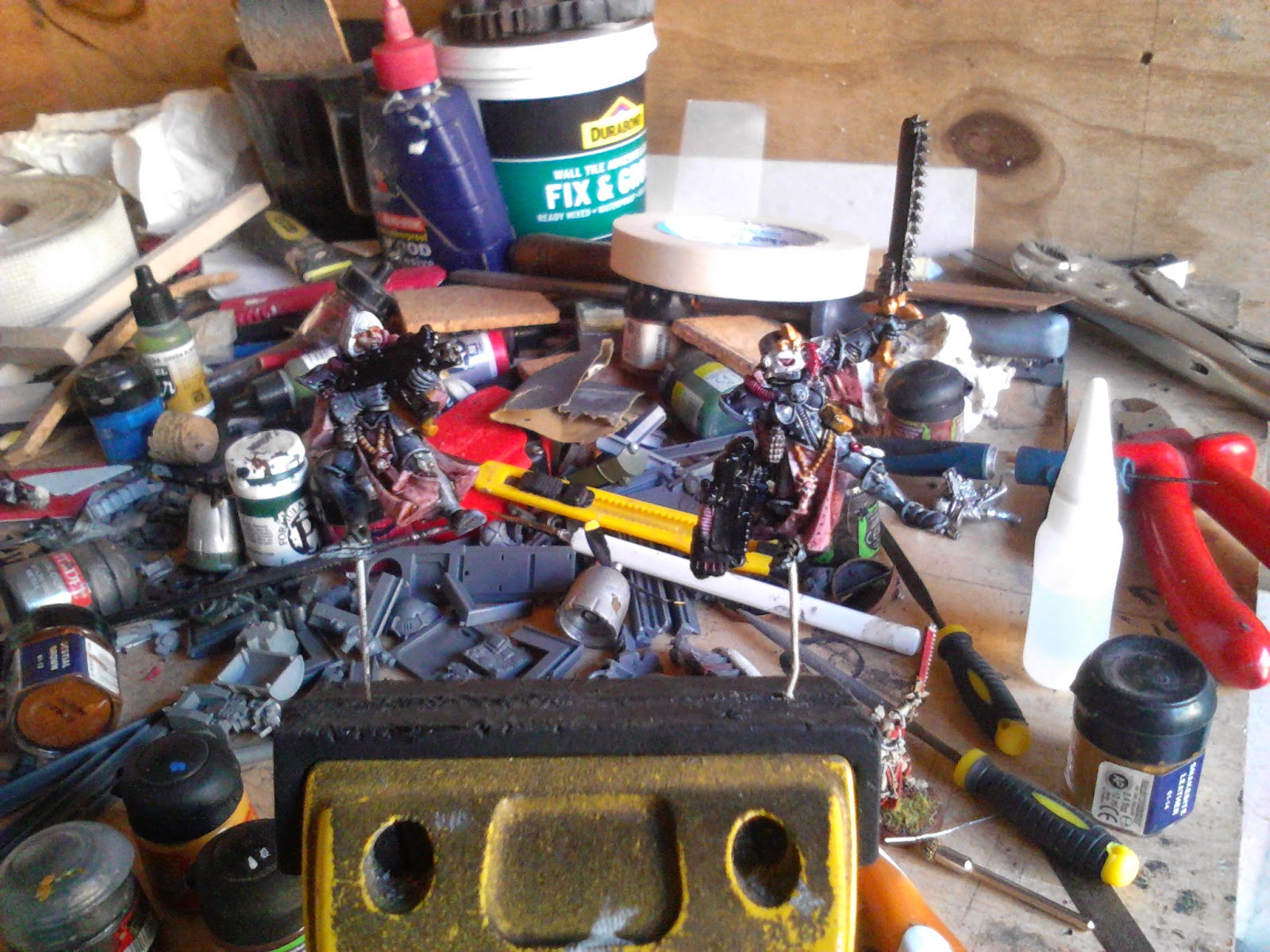 In the picture above the sister on the right is now the new owner of a combi-plasma, I think for an army like sisters that combi-plasma's are the best pick of the 3, as flamers & melta's are not something they lack. 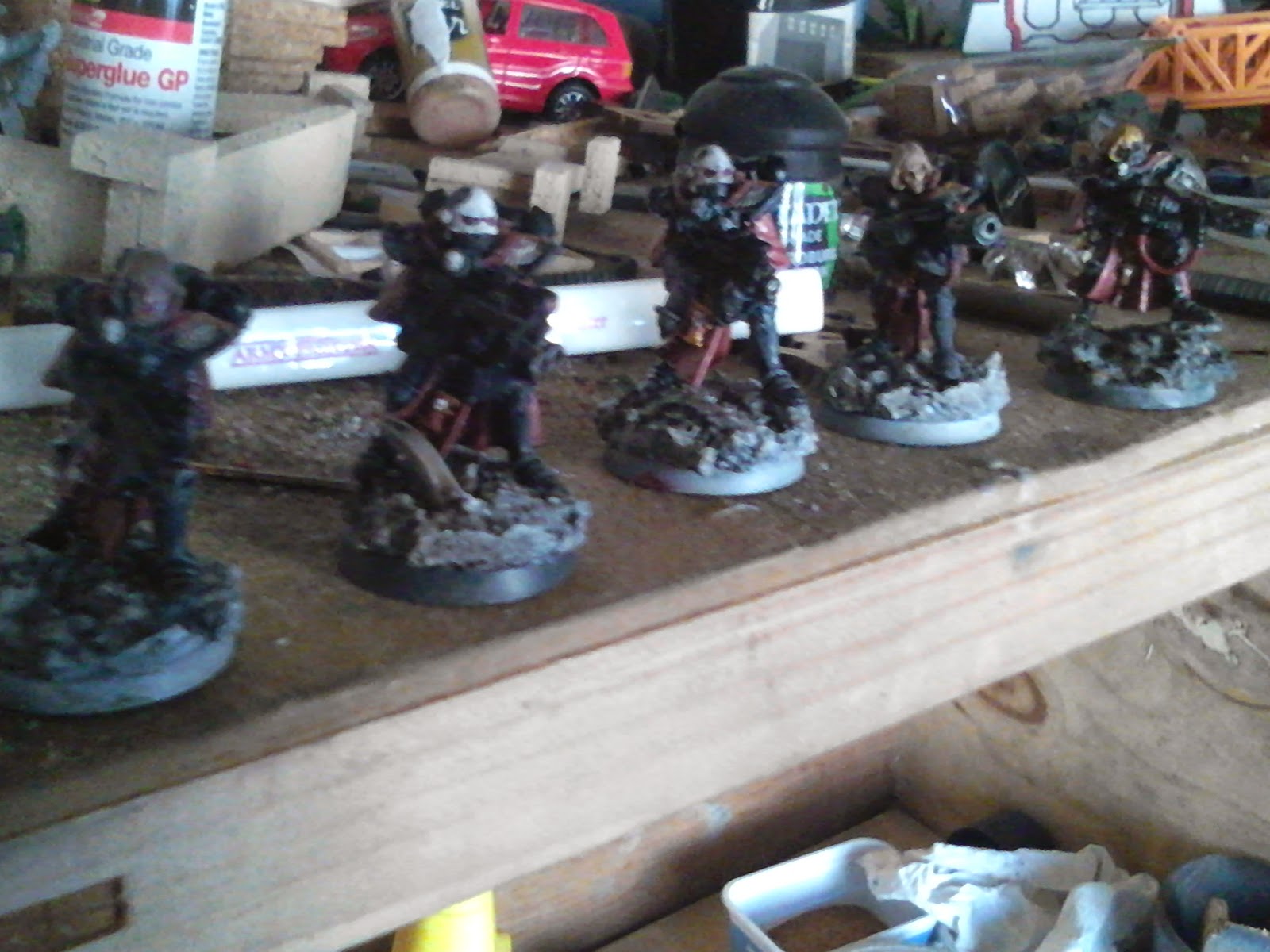 Varnish something that you really need to do with metal models, but as you might be able to see the model on the left has had one of those bad varnish moment that happens from time to time, I'll leave her be for now with the hope that as I've more done I'll re do her, the last part of this post is the saint, I've got her stripped down but can't make up my mine whether to put her back together the way she comes or to give her wings. 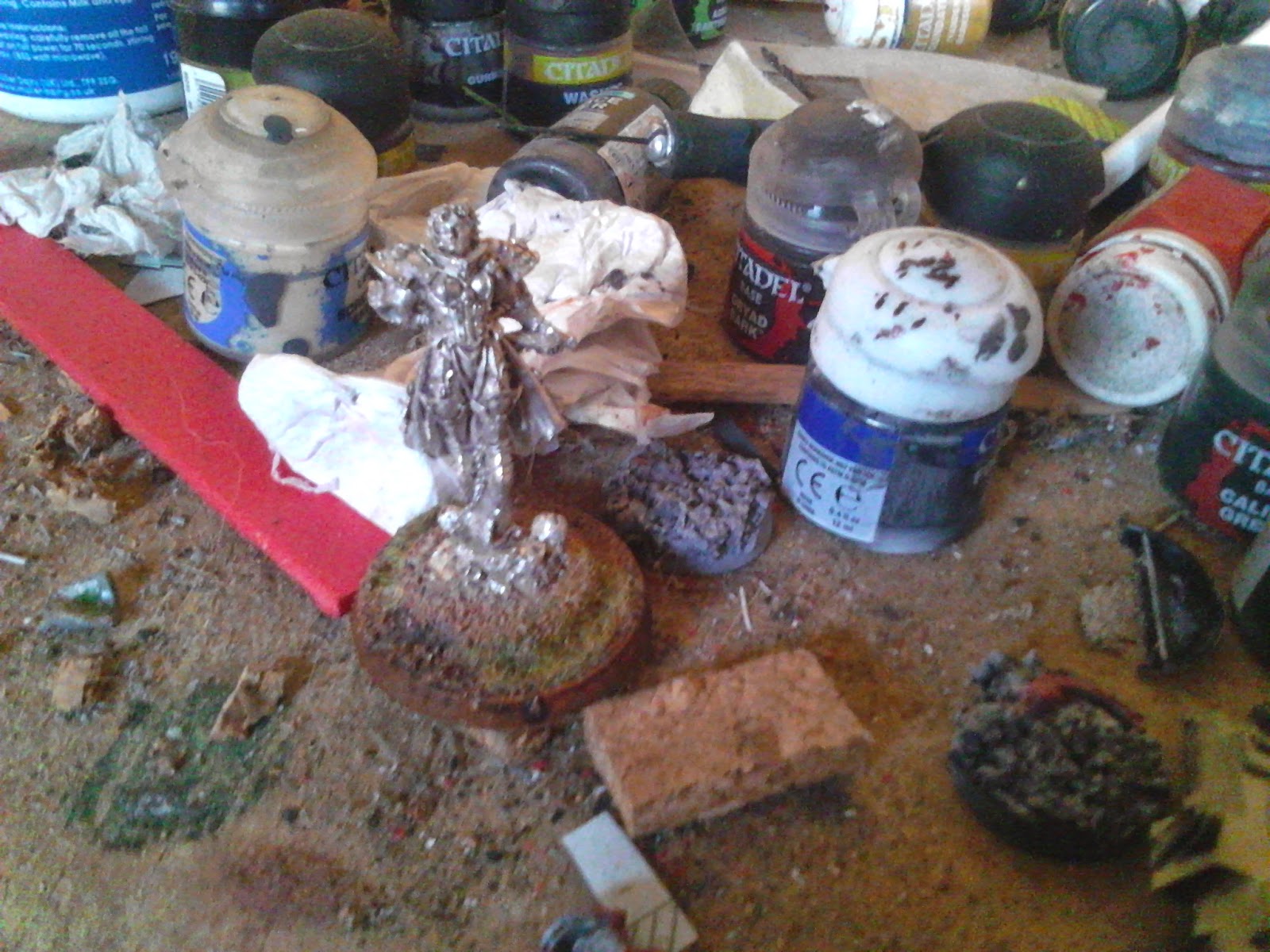 Now I'm not taking any credit for the idea of giving her wings as its something I seen somewhere on the net, but it was something that I liked it, so she's on hold until I can make my mind up just as well I've got Jacobus to cover for her.

Well that it for now so as always my thanks for dropping in I hope you enjoyed it.
Posted by Frank O Donnell at 1/23/2015