40K A day out with the Sisters

Saturday seen me head over to Alan's for a game of 40k this one was set at 2K a side so I just added 300pts to the list I'd used the week before, which turned out to be a battle conclave & a battle sister squad with a heavy bolter & a rhino, the learning continues. 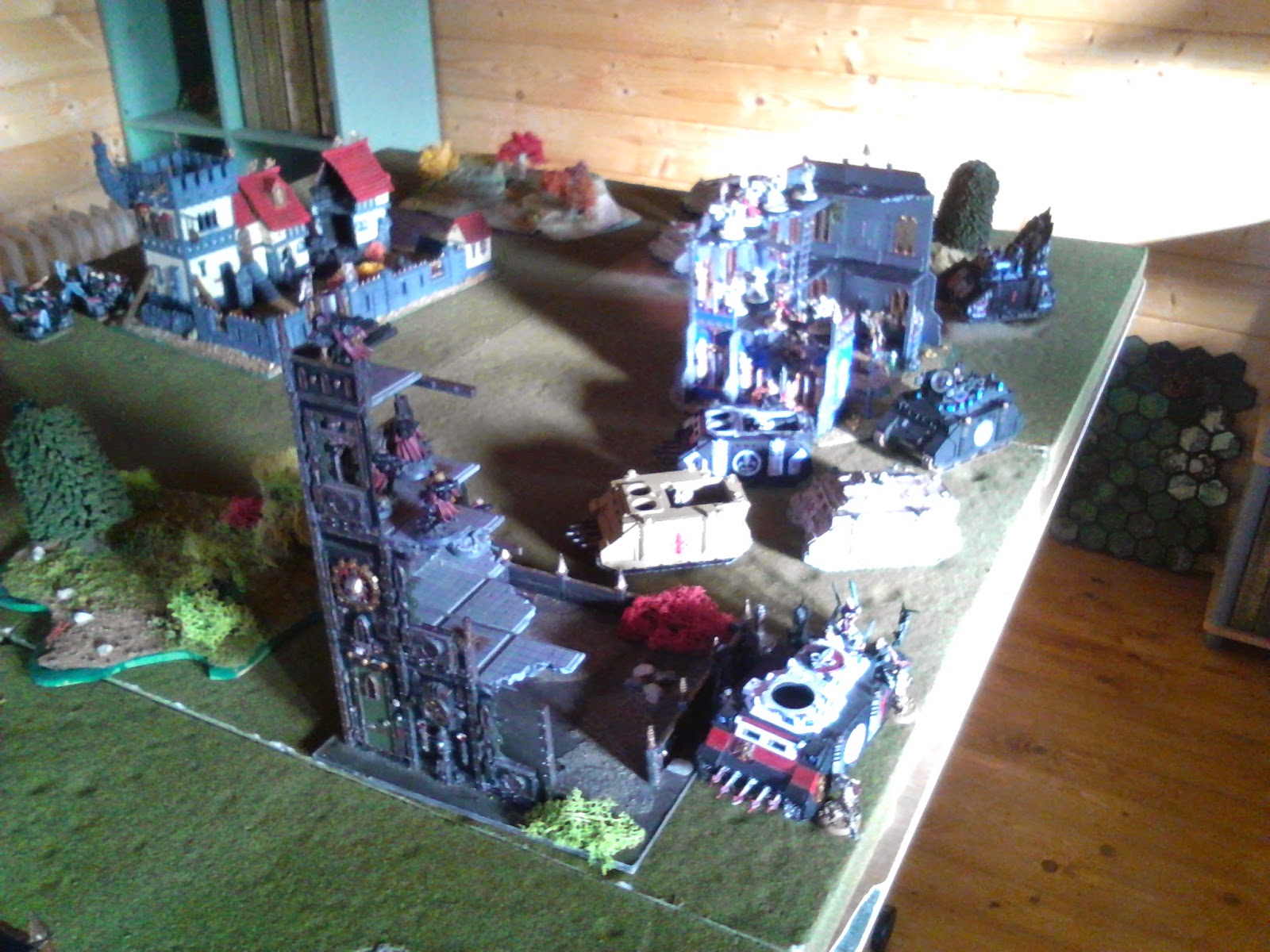 Alan is a very good painter & only ever use's painted models, which made me feel a bit bad using the sisters as they are still a wip, any way this time the sisters where to go up against his ravenwing.
This is my favourite one of Alan's army & one I really enjoy playing against as it's just so different to other marine armies as it only use's bikes, speeders, & a couple of flyers. 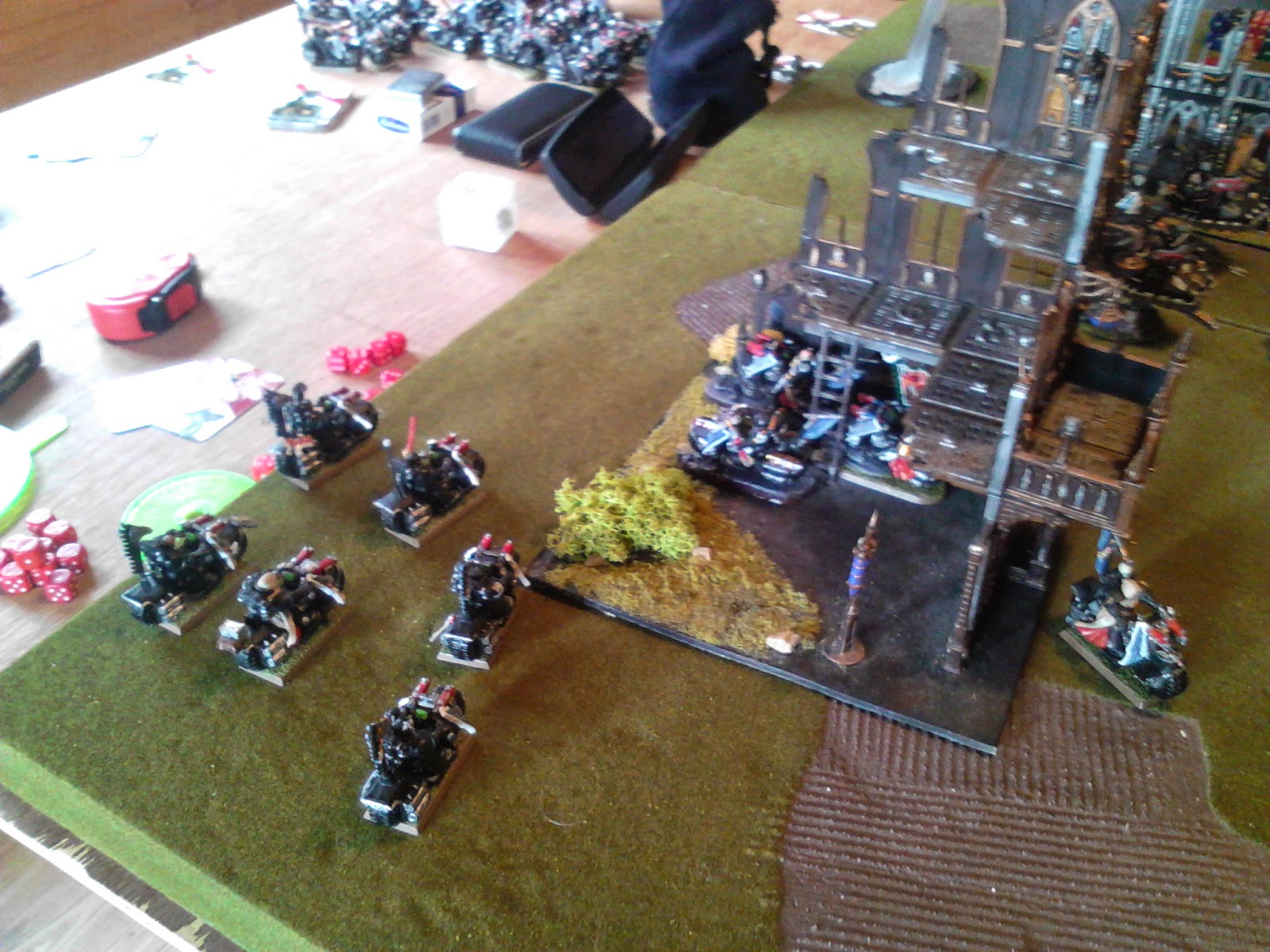 The mission we where playing was the one where the players have 3 TO cards every turn, I deployed & when first with just the gunship in reserve & as it was night fight for the first turn just moved a lot of my vehicles 12" & popped smoke for a 4+ cover save, while the exorcist immobilised a speeder. 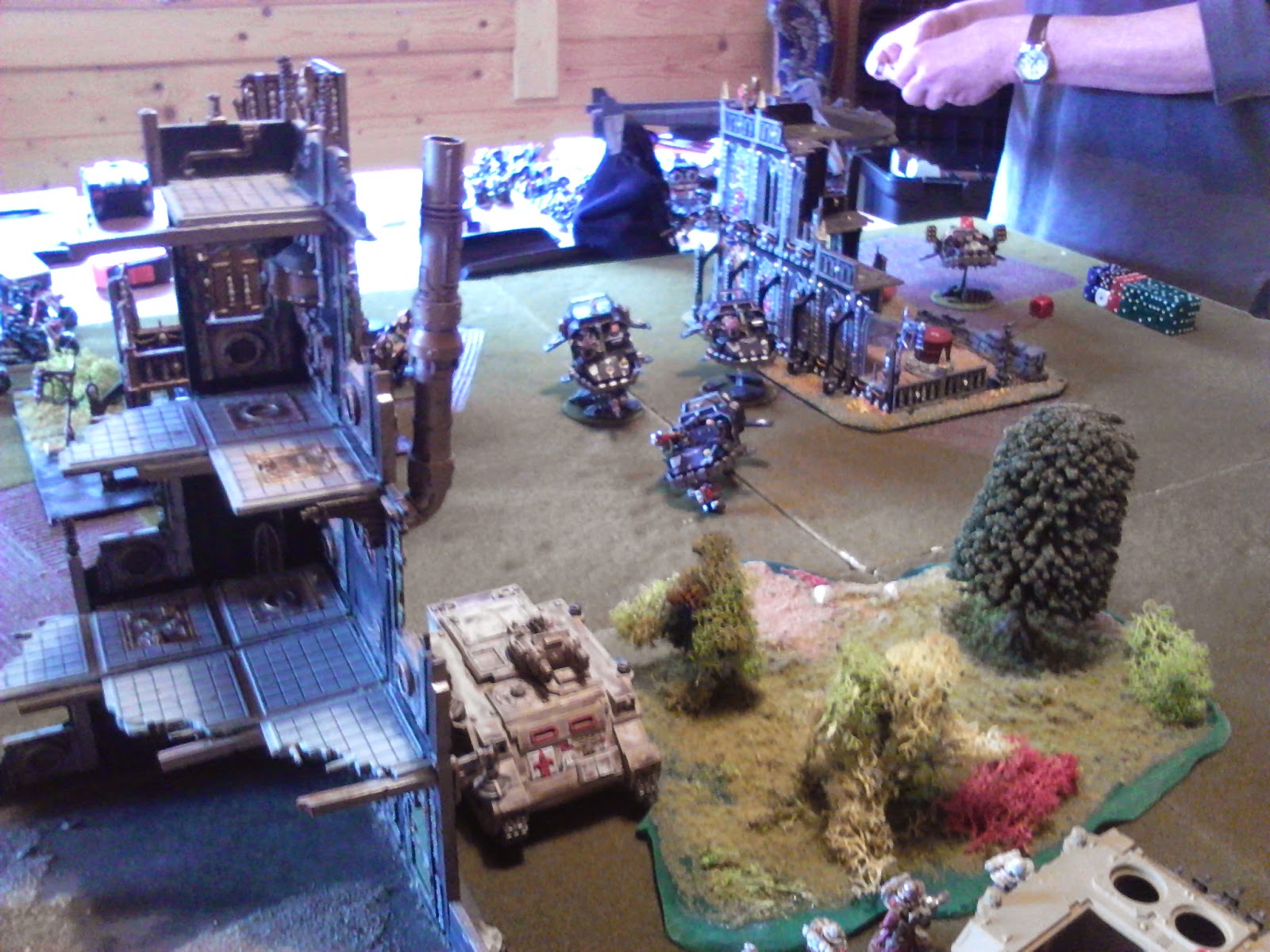 As I've said before the sisters are a close range army & if your using them you just have to except that your most likely not going to do much in the first turn, Alan's first turn seen him score first blood a TO, so 2-0 for Alan, but just like with the game from last week with Ralph this was to be as good as it got for Alan as the sisters started to do their thing. 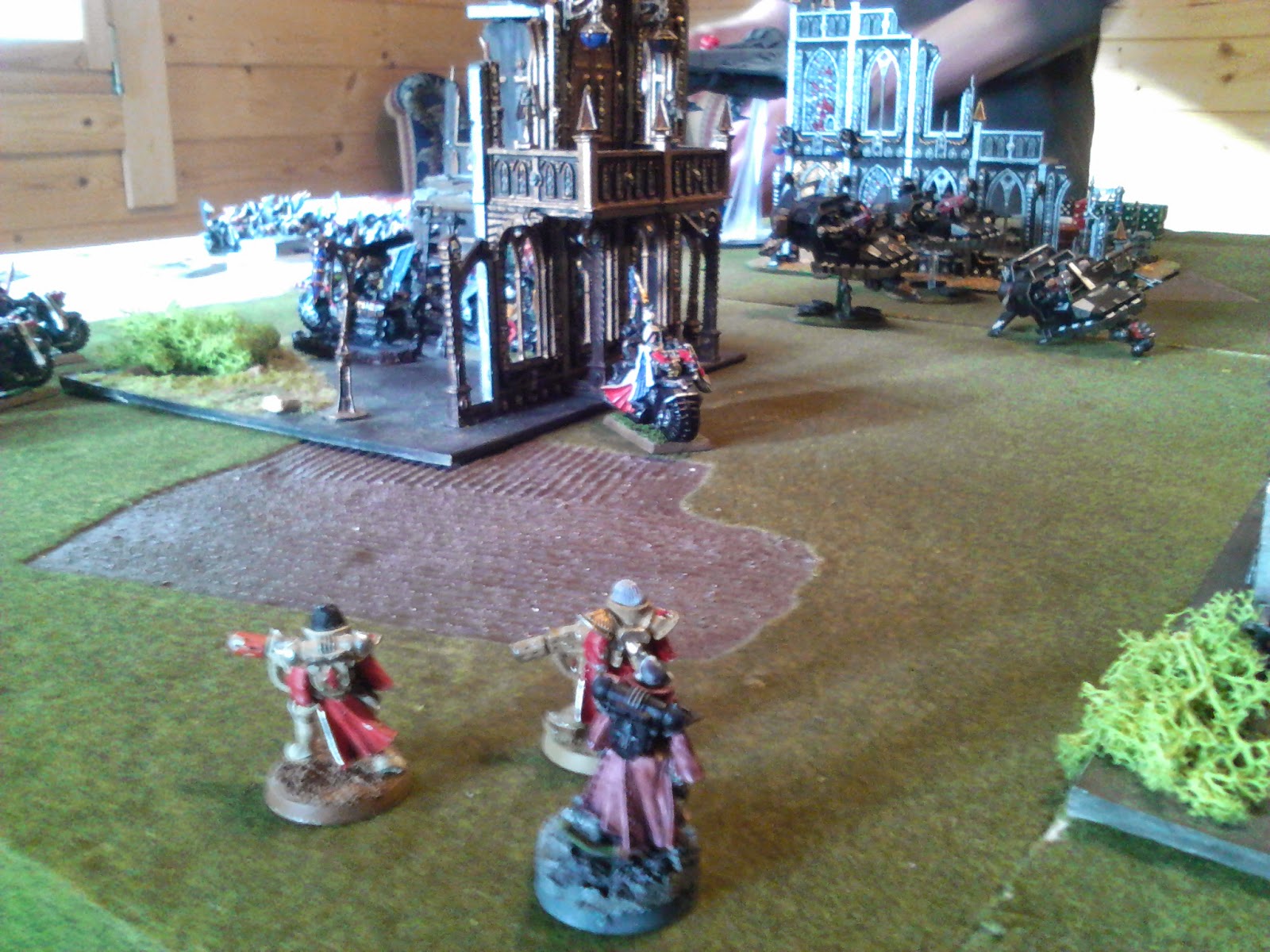 Now I'm not going to do a blow by blow account of the game as that would seem pointless & I'm not saying that sister's are one of the best armies out there or that I'm one of the best players, but whether its good luck or what this army is surprising me with how it's doing, I'm sure that a good beaten is just around the corner but if I can keep learning how to get this army to thick then I think the rewards & results will be worth the effort, as I really do enjoy using them. 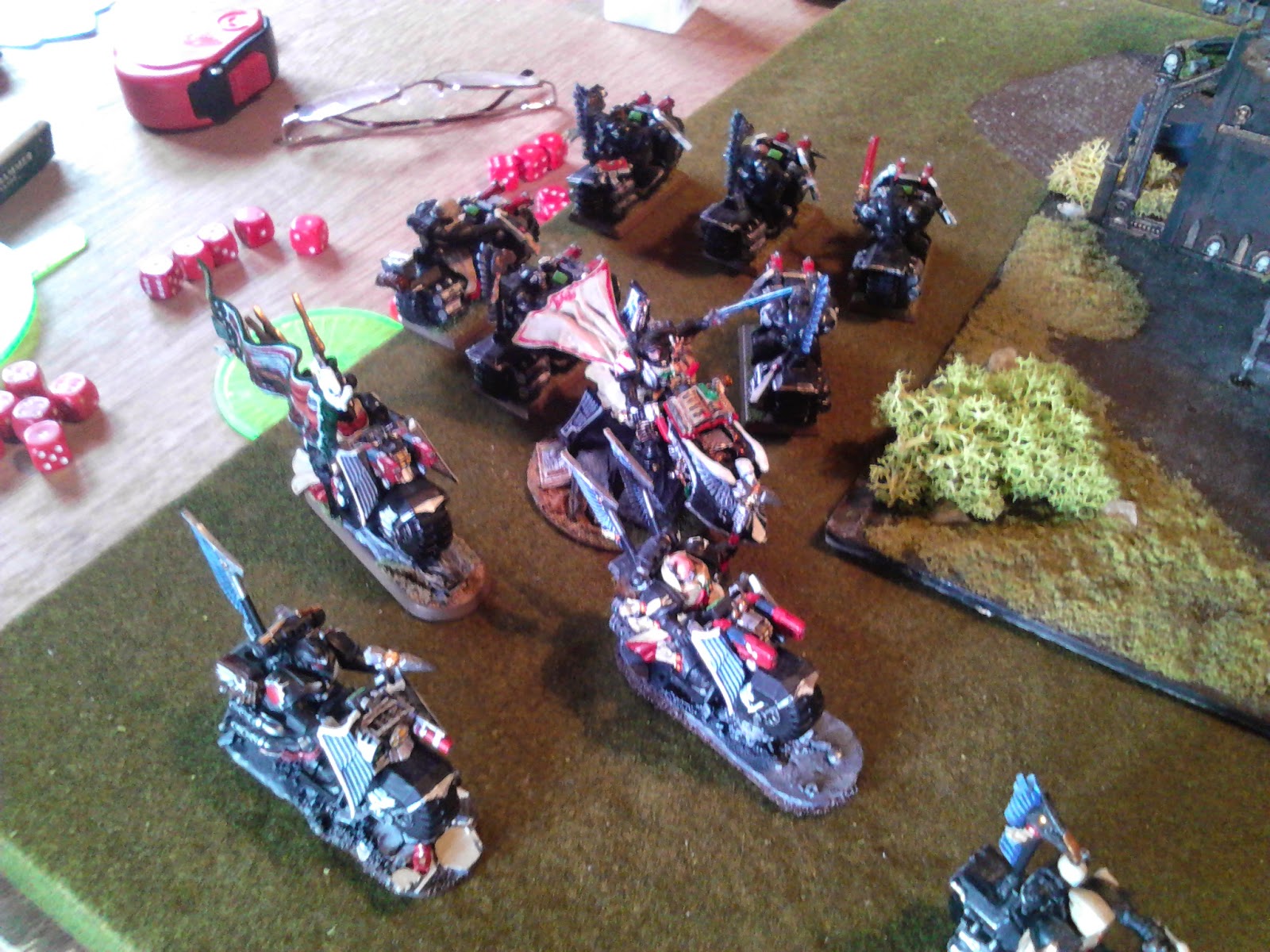 When I started running them first I was running IG with them to fill in what I believed to be the gaps is the sister's armoury, & while I still think that the two together is the better army it's nice to see what an army can do by it's self, so much so I might even leave out the gunship next time round. 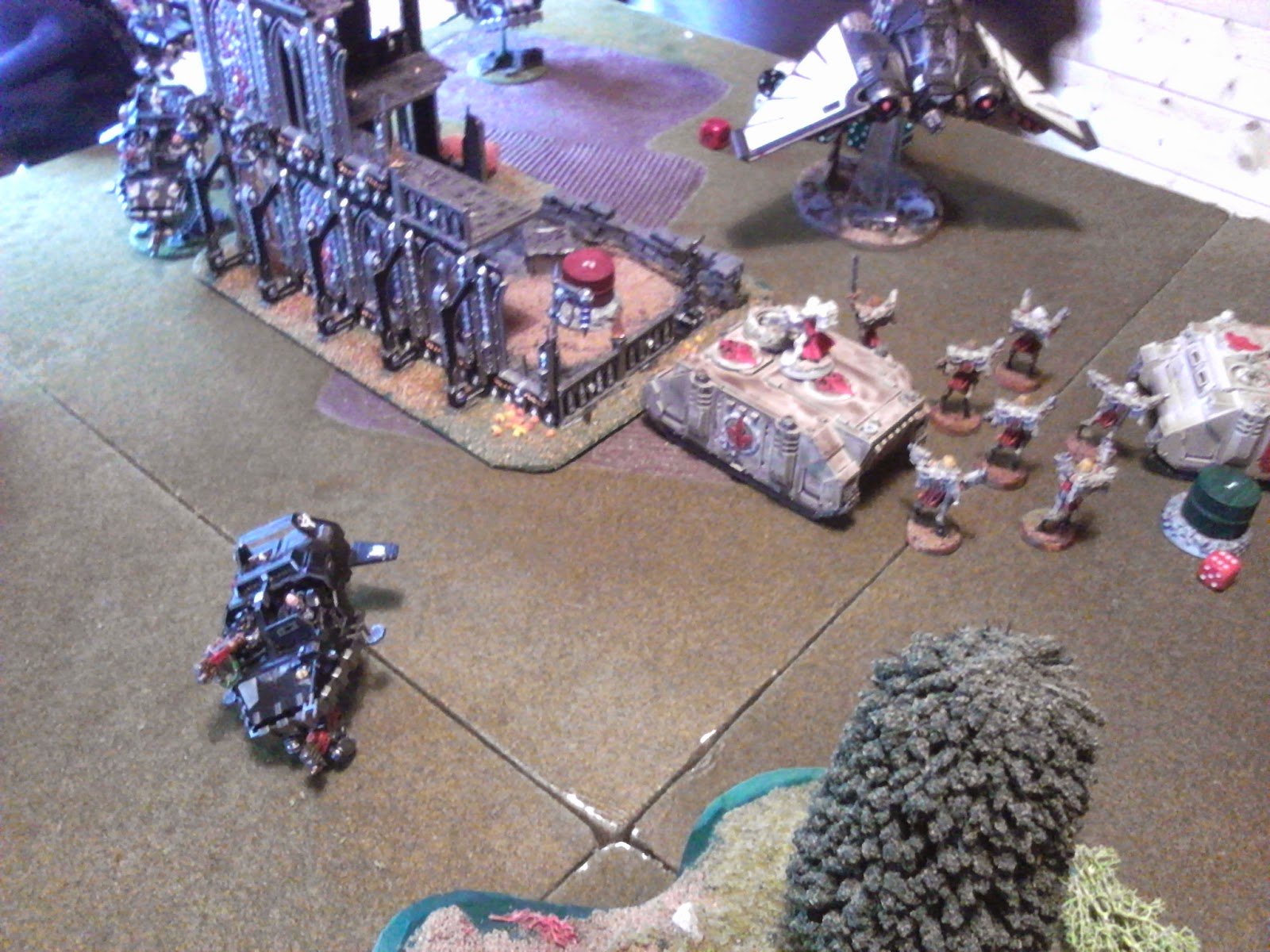 7th ed for me is a game that has a lot of depth  in it, & the different missions I feel don't really give any army an advantage, nor does it I believe give either infantry or vehicles the upper hand, why I think it has even balanced out flyers. 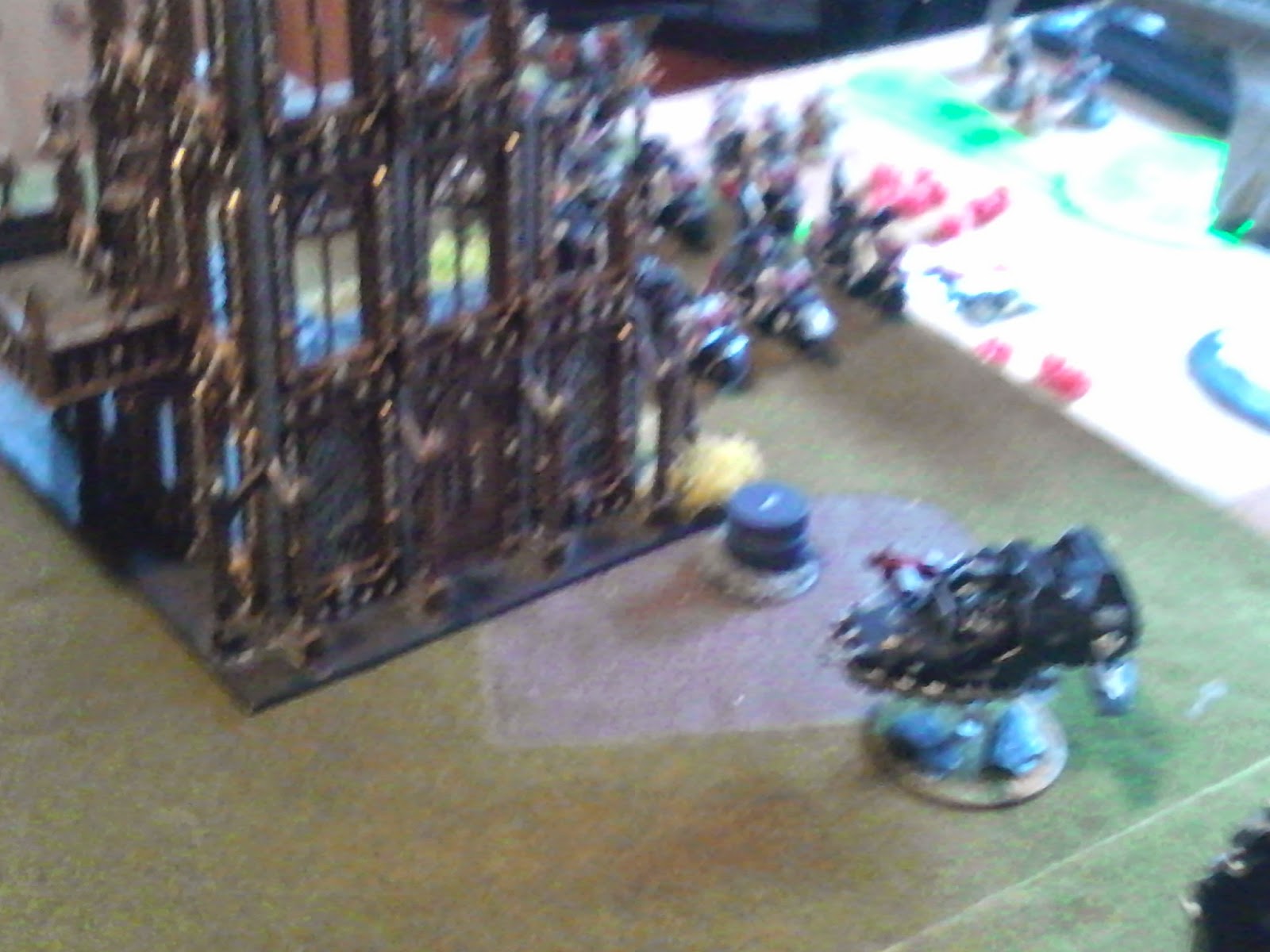 I did think to get some pictures this time but not as many as I should & none that are really doing Alan's work justice, so sorry about that.
Going forward I'm reading the shield of  Baal at the moment & hope to get to play some of the missions out of it, as they are very different from the norm plus there's the updated cities of death so plenty of games for the sister's to flex their muscles in. 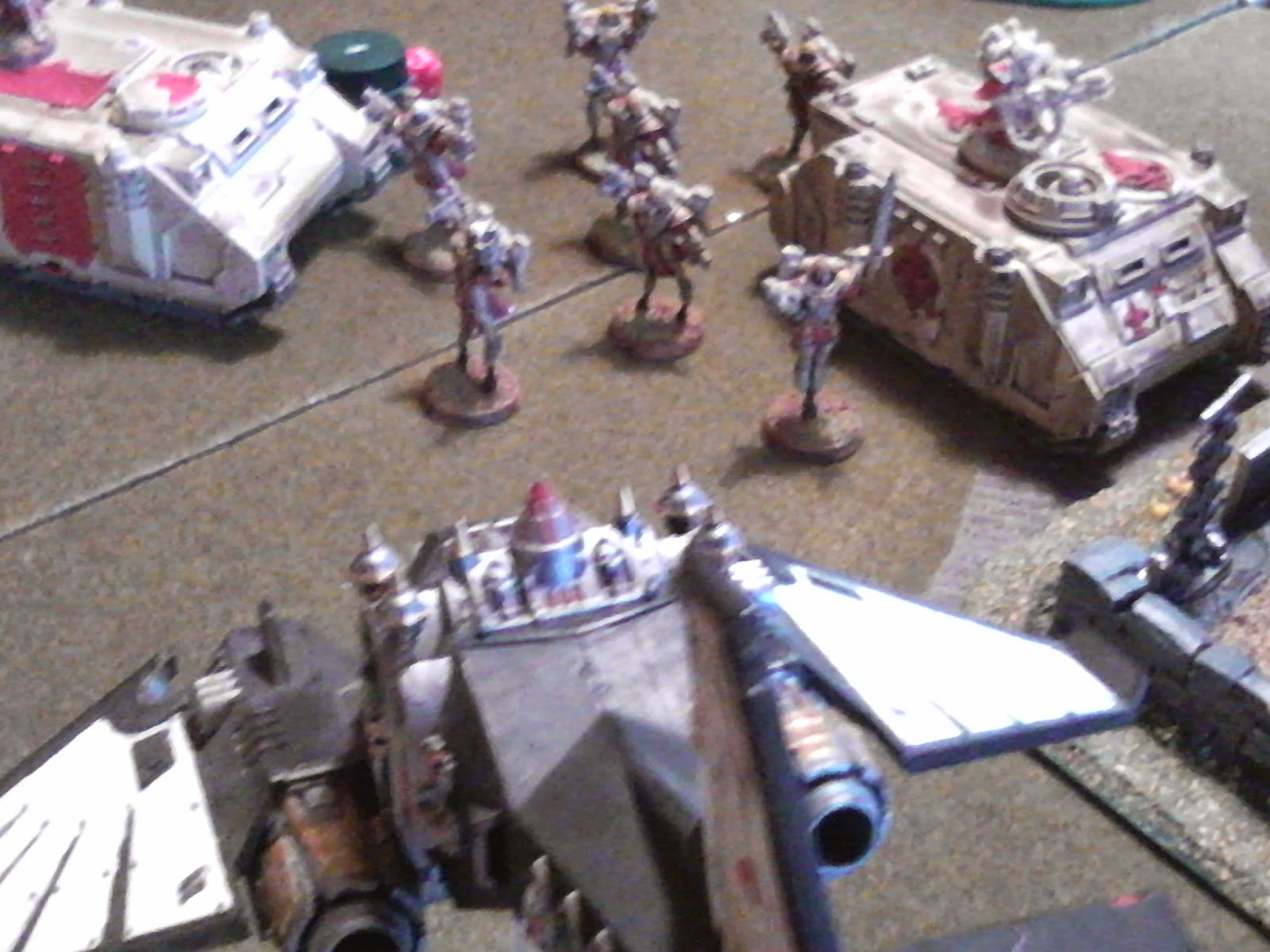 Looking even forward a head to NWG to which I'll be taking the sister's, one thing that I've never done in this hobby is to build a display board so that something I'll be putting right as I know what it is I want to do. 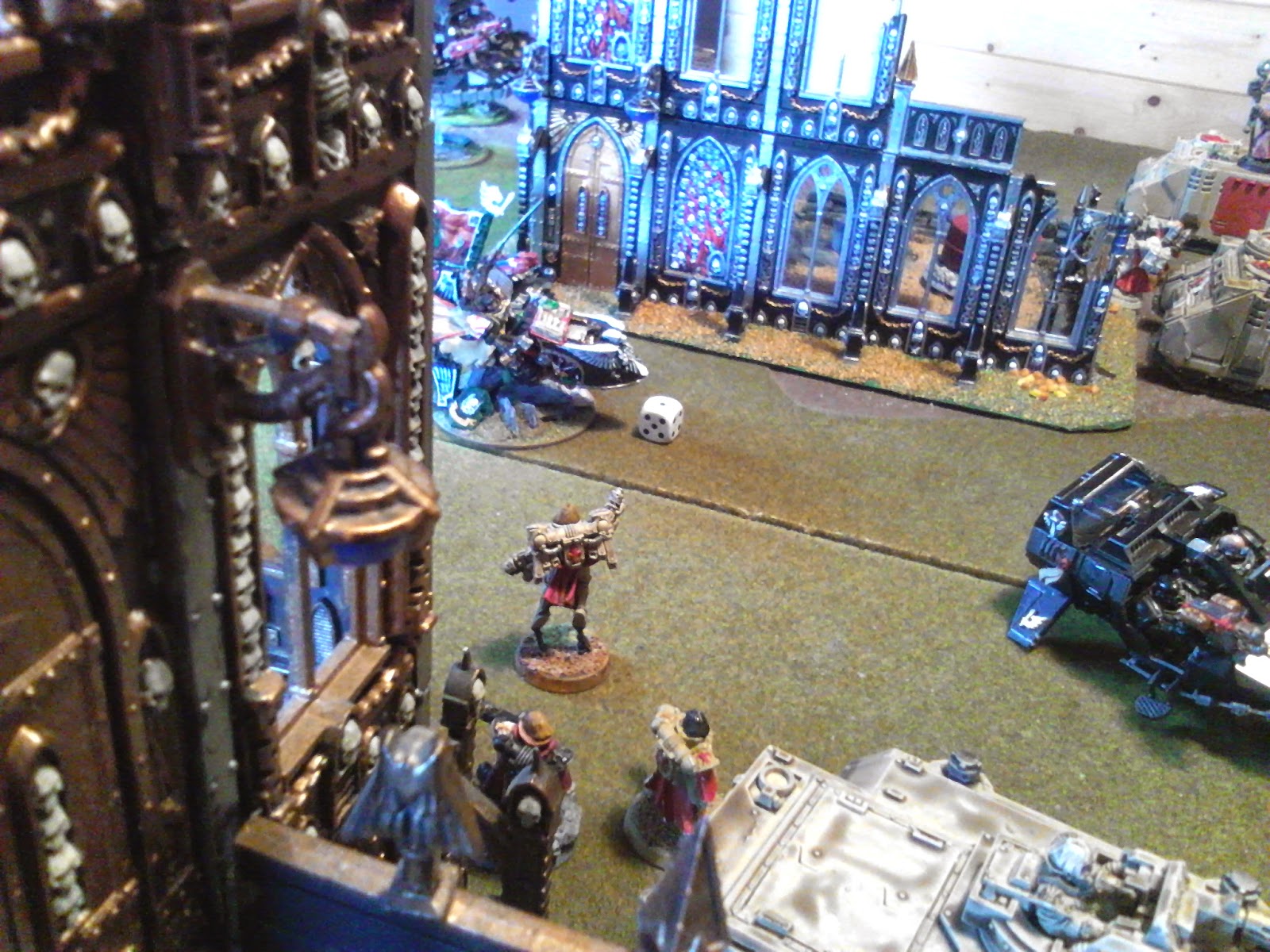 Well that it for this time hope it was worth your while & as always my thanks for dropping in & please call back again soon.
Posted by Frank O Donnell at 1/26/2015