With no club games this week I'm going to post about a game of space hulk I had with a lad a lot of you will know my son Paddy, so handing over Hive fleet  Nagaina well at lest the genestealers from it I sent in my Wordbaerers. 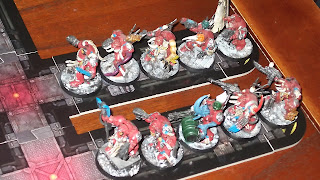 The mission was I think it's called clense  & burn, basicly shoot the assault cannon or flamer into two rooms down near the other end of the space hulk. 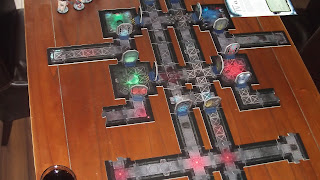 The last time we played this mission my assault cannon jammed killing not only the guy using it but two other marines beside him as well so I was hopping for better luck this time. 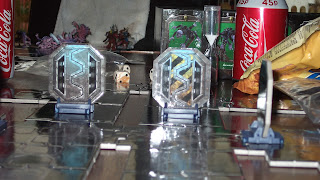 The way forward is clear as the Wordbearers set off, I'll admit I don't play this game as often as I should as it really is very enjoyable. 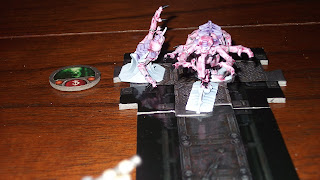 The stealers start to make their way in after the termies, there are a couple of things you can be sure of in life & one of them is that there will be stealers in a space hulk. 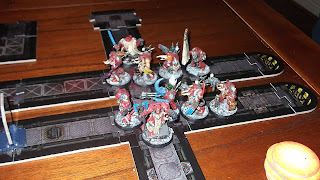 Two of the termies split off the main corridor to try to keep the stealers at bay, the strange thing I always find about playing space hulk is I never seem to have a problem rolling a 5 or a 6. 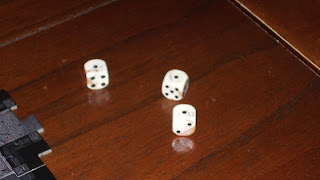 Hehehe no don't worry their not mine lets just said it kind of a family thing any way back to the game. 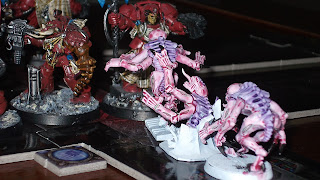 The stealers finally get up close & personal just how they like it, let the screaming begin. 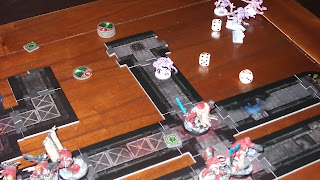 So far so good but the one thing about stealers is there's always more of them. 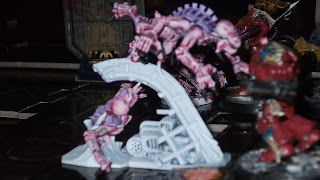 Right on cue here they come, still this is the way of spacehulks & I for one wouldn't want it any different. 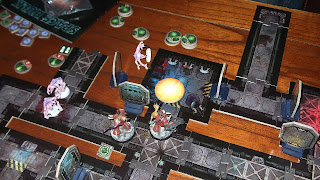 With the other room shot up with the assault cannon the heavy flamer burns the other one so completing the mission for the Wordbearers.
This mission is imho one of the easier for the marines but still with wins hard to come by I'll take it, a couple of more pictures below. 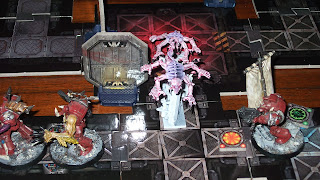 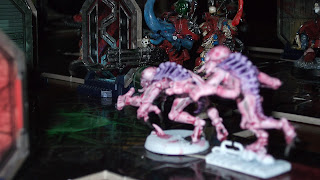 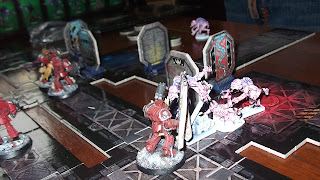 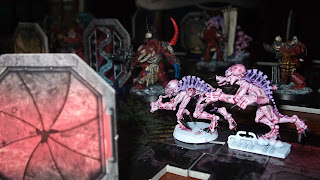 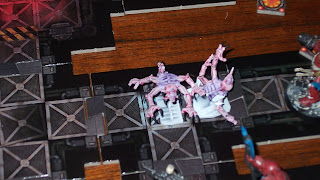 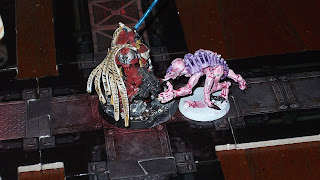