Clochar na Dubh Ardaigh, or for those not good with Irish Convent of the Black Rose which was to be the name of my new army.
Sisters of battle an army that I always liked the models for but with it been an all metal army I never took the plunge, so when a while I heard that one of the lads in the club was getting out of 40K I asked him if he was getting rid of his SOB army would he let me know. 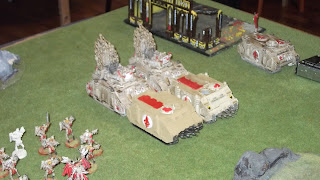 So when I got an e-mail last Saturday asking me if I was still interested in the army, well let just say I was sitting in my house before midday Sunday checking out my new army & happy with what  I was seen. 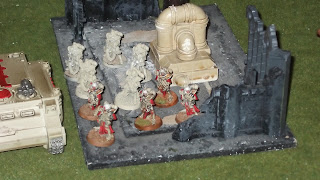 Now this is an army that in all honest has taken a big fall in grace from it glory days when it was codex Witch Hunters & now are left with what is a poor WD codex but with me these days it really is just about the models & if I like them then that's all that counts. 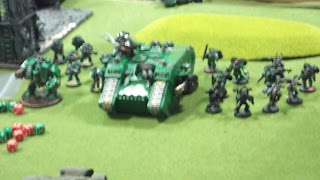 So last night was my first chance to get the new toys on the table & low & behold it's a Vulken list I go up against melta & flame all the way.
Now as anyone that has followed this blog will know I've been running with nids more or less for the last year so a power armour army was always going to feel small. 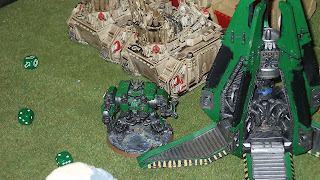 The plan is to finish off painting the nids & then in the new year start work on this army.
The only real down side to playing nids has since sixth ed hit been the fact that there are no allies that nids can take, so my plan here is to try to take the sisters back in the direction of witch hunters. 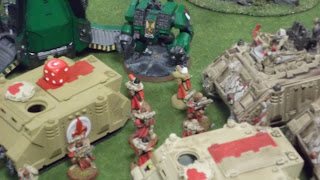 Now sadly there are no Inquisitors in the SOB dex & you can only have allies from one other dex, but to create the feel I'm looking for I really need an Inquisitor  & guard which I could get from the Gray Knight dex to a certain existent. 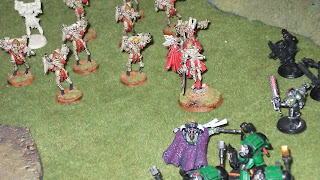 The only problem with that would be I'd have to take one Inquisitor that every GK player & his dog use's so that's a none runner straight away Coteaz is a lovely model but I'm sick of the sight of him. 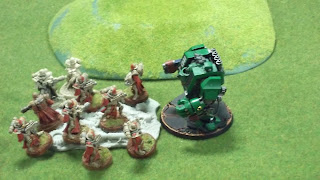 So what to do ? funnily enough the answer lies in the army I was planing to do next & for which I had started to pick up some stuff for but not yet the one model I need to make this work. 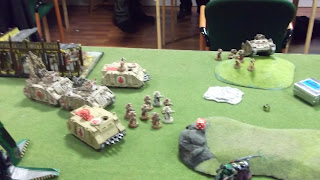 The answer is FW & with the card falling my way The model I need is a model I was going to buy any way Soloman Lok from IA 4 who may be taken as a HQ choice in a GK army or an Elysian drop army which is the army I was just starting when the chance to get the sisters came up. 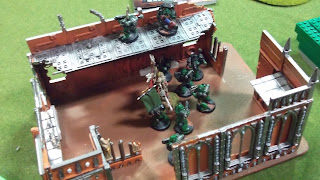 So I can now look forward to a very busy time on the hobby front next year,the sisters might be work I wasn't looking for but work I welcome just the same.for as I said at the start it all about the models.
Posted by Frank O Donnell at 11/15/2012