The return of Papa Nurgle

The e-mail came earlier in the week (Anyone up for a game on Saturday ) after been away for over a year Adam was back, so we arranged to have a game in Gamers World on Saturday afternoon. 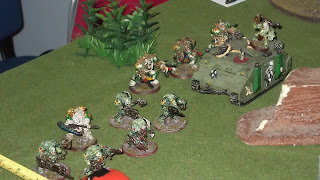 The return of Adam would also mean the of Typhus & the Deathgaurd, this is one for my favourite dgg armies & goes back to when we did the HH campaign in the club. 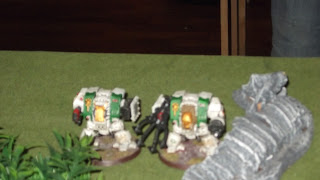 The game was to mark two things, Adams first game back & my last game (for a while) with Hive Fleet  Nagaina, an army that I must say I've had a lot of fun building & playing with. 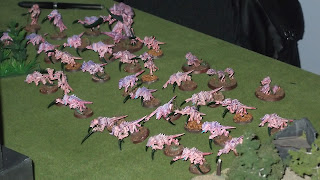 Adam is imo the best player I've ever played not to win a tournament & while you know that any game with Adam is going to be tuft I also knew it was going to be fun as Adam has always played the game in a great spirit. 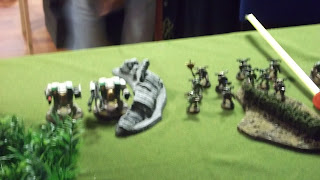 Now in 5th ed poor old Typhus had had what you could only call a run of bad luck, what with only been the only chaos lord to be WS5, been turned into a squig & seeming to always end up under a battle cannon blast which ment when he failed his 5++ save he was dead. 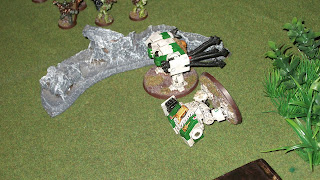 So Adam was hoping for better things from Typhus in 6th ed & as away to give him a helping hand Adam also brought that other famous sun of Nurgle Epidemius, one of the things I really love about 6th  ed is thanks to allies been able to do things like this. 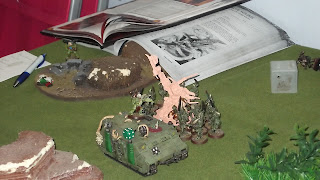 With things like obliterators been able to now take the MoN & me playing a nid army it was not going to take to long before the tally of Nurgle was going to get silly & so it was to prove. 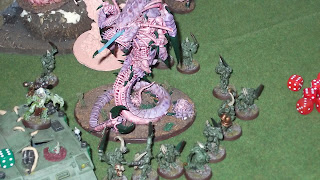 Now despite all my best efforts to do so fatboy just was not going to be killed leaving me to face models with a 3+ FNP, cc attacks that wound on 2+  & wounds that give no armour saves. 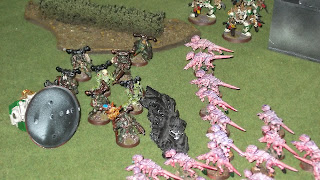 Even with me Tervigon pumping out a ridicules 57 Termagants this was always going to be an up hill battle, but there is some thing sweet about a gant shooting down a model with a double 3+ save. 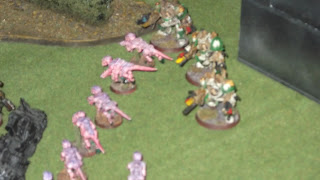 Well at lest the obliz onlt have a 2+ so there should be no problem there then lol.
The game bobbled a long at a good pace with Adam & myself both throwing all we had at one another. 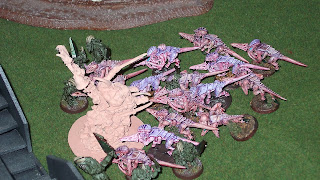 With a lot of catching up on what we'd both been up to over the last year, before we knew where we where Adam was rolling to see would the game go to turn 6, with it standing at a draw at the end of turn 5. 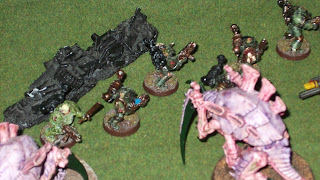 It does seem right that these little things & wound my big this on a 2+ & under the new rules I can't get rid of their FNP as the Fex is only S9. 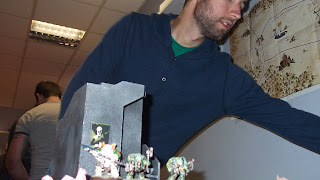 So welcome back Adam even if you have pick up some kind of Nurgle infection on your face lol & who won the game you ask ? well Adem did of course, so cheers mate thanks for a great game & here to many more.