Props, the evaluation of my tree's

A couple of years ago I done up some tree's using little branch's for trunk's & lichen, they can be seen here, http://ifitwasntforone.blogspot.ie/2015/05/trees-cheap-cheerful.html
They served me well enough but I wanted something a bit better. 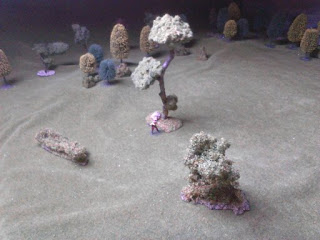 The thing about making your own tree's is unlike the plastic ones in the back round is each tree will be different from the next, I know you can buy tree's that are like one off's but they tend to be expensive. 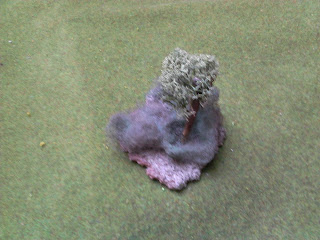 So a sad looking thing like in the picture above is given a face lift, if you remember in the last post about hedge's I said I'd an idea of another way to do them, well you see what's meant to be foliage  around the tree ? 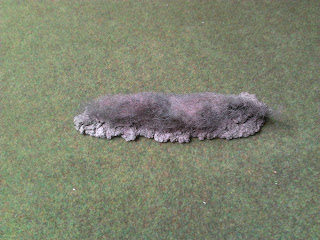 Here in the picture above the same stuff is used as a hedge, what it is is the stuff you get inside new pillow' or coat's of lot's of other things, it's white but I'd sprayed it green, so I sprayed it with glue & flocked it. 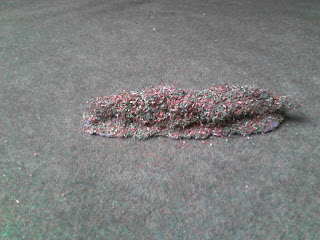 Quite a difference I think, now it alright putting a one off piece like this in a picture but it doesn't really show you much does it ?
So let's throw a few bit's down together shall we 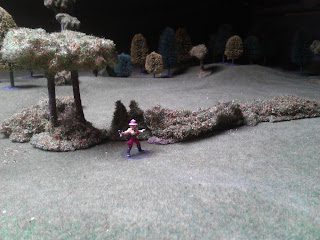 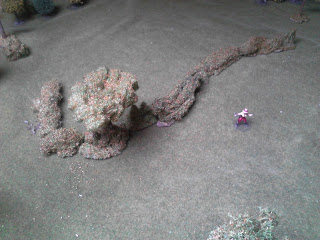 The picture's above are of the different kind of hedge's I made that I showed you in both this post & the last, that' all fine & dandy Frank I hear you say but I thought this post was about tree's.
Well the two kind of go hand in hand & there is two tree's in the picture's above to be fair, which I let the canopy  of grow into one another. 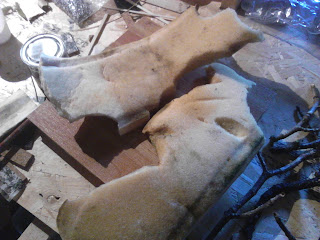 The canopy of the tree's was made from old form I got out of a sofa some lowlife dumped on the ground were I walk my dogs.. 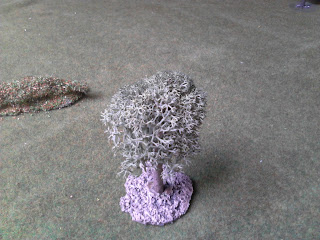 Lichen can be sprayed with glue & flocked to chance the above to the below. 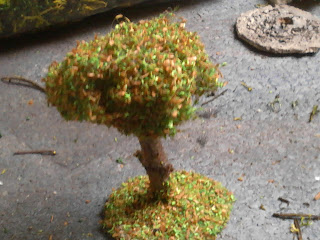 The big tree in the first picture as well as some of the other's was made using form but in a more  painstakingly way, 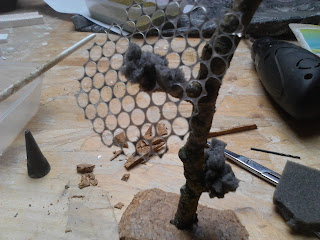 but as is often the case when you come up with an idea, you very quickly come up with a faster way of doing it, as long as you can find an old sofa that is lol.
So how do all of these things look together ? well let's have a look. 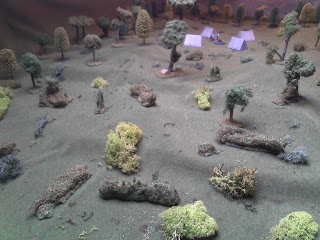 Lichen just thrown about can also add to things, as you can see we've a good mixture of things 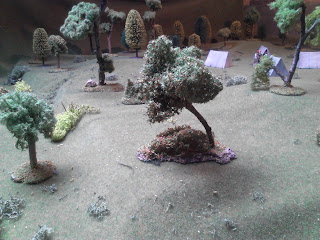 to help bring the surroundings of our camp to life 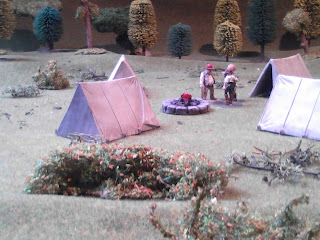 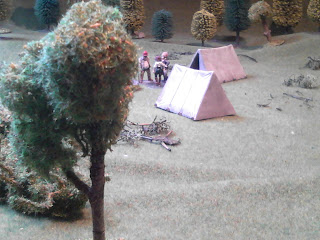 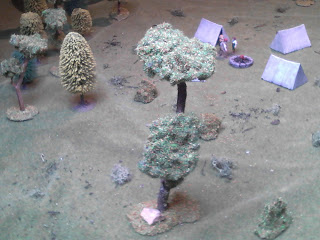 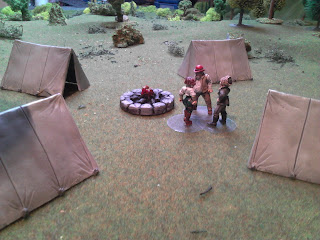 That's a rap for this post, as always my thanks for dropping in & if you'd care to comment it would be welcomed.
Posted by Frank O Donnell at 2/01/2017