A couple of things

There's  a couple of thing's for you is this post, as none of them would really be worth a post by themselves. 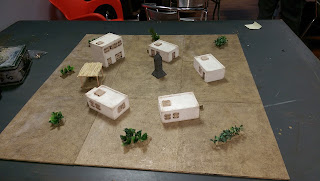 First we'd a  late change of plan in the PA campaign with Dave not been able to make in for the game, this meant I'd to get the Doc to play Cairo Caper  a scenario I didn't plan on playing for a month & didn't have a proper set done up for it. 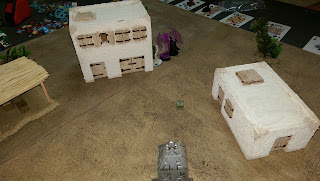 It was a short but fun little affair with me doing my best with the card's in my hand to stop The Count & his league of minion's. 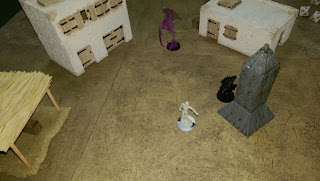 The Doc had never before won a game of PA so was under a bit more pressure then might have been expected. Poor visibility or whatever it's called was rolled for on the random events table, very fitting for the league in play. 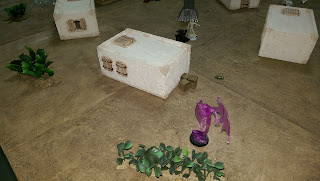 I did however manage to take out one of the foul things before the count made off with the major PP much to the Doc's delight giving him his first every PA win. 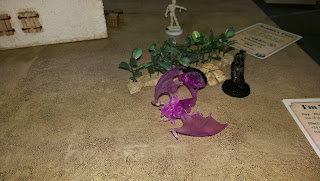 In other news I made up a few little row's of hedging & below is a few pictures that's a wip if anyone whats to make some up. 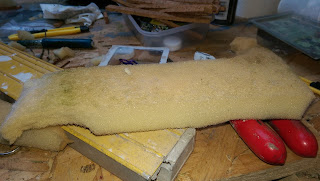 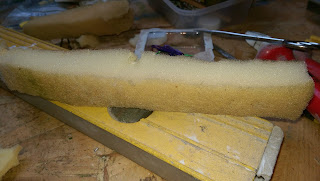 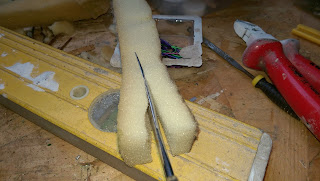 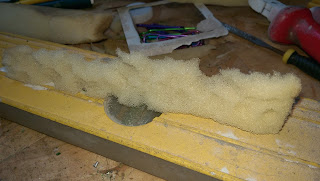 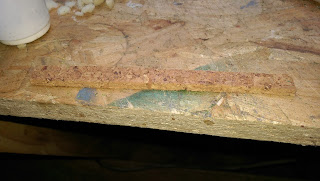 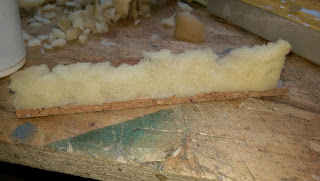 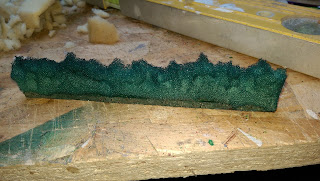 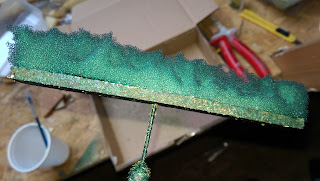 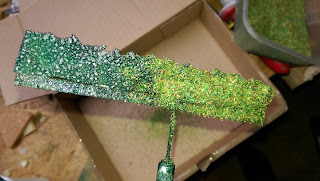 You'll see a finished one below.
Last is an unexpected thing I came across in the Euro store & I not sure if they work or not but for 2 euro was worth a try. 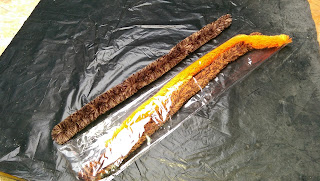 It might come down to the setting up of these things & they might work better in a sci-fi were you're going for a different world look. 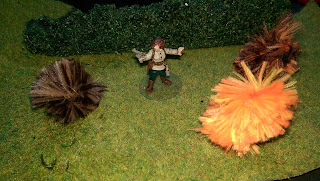 I cut them about an inch (25mm) high, I'll have to play around with it a bit to see what I can come up with. 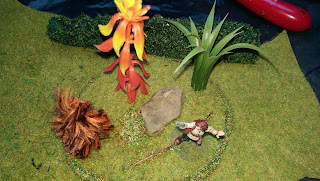 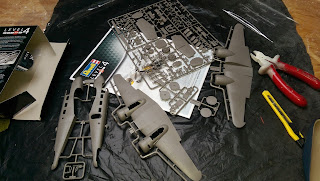 That's a rap of this post, my thanks to the Doc & as always my thanks to you for dropping in & if you'd care to leave a comment it would be welcomed.
Posted by Frank O Donnell at 2/26/2017