Time waits for no man

2016 another year starts & while I was more then happy with the amount of stuff I got done last year in a way a lot of it was wasted, how do you mean Frank you ask ? well it simple really, while I enjoyed all the stuff I did for 40K I've since gotten rid of it so from a certain point of view it was time wasted.

For the coming year I don't see that happening as I don't see much other then stuff relating Tricol been done, but as always in life or at least in the hobby you no sooner say that then it changes lol, but as I'm at a point that I'm really enjoying & going in a diction I want to I think it's a safe bet

So what has the year ahead got in store here on if it wasn't for one's ? well Panama Jack's adventure on the perilous island (the next game has been played out already) I've a Frostgrave event in the warroom in mid January & I hoping to get to warpcon at the end of January for some INQ28 action & needless to say there'll be reports here on the blog from both events.

The building up of Tricol will I hope be stepping up a gear in both places & the citizens that live their & talking of citizens I've finished off the one's I got awhile back from Black Scorpion the pictures are below & that leads nicely into the next part of this post photo's. 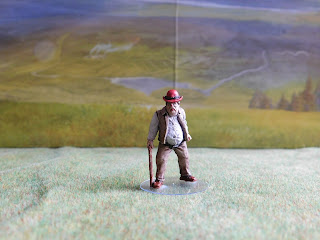 You see I was a good boy & Santa brought me a new camera so hopeful I'll be able to bring you better photo's as you'll see I've been trying things out a bit & also to this I want to start adding backdrops, the one in the pictures is just from a kids toy but it gave me something to toy around with, as you can see I've a long way to go.
I'm also hoping to move to a bigger hobby area & this will give more room for setting things up & give me more time to set things up a take pictures for when I do reports like Trouble in Dunmarn, I've read on other blog where the photo's for a report might have been taken over two days that's a luxury I don't have at present. 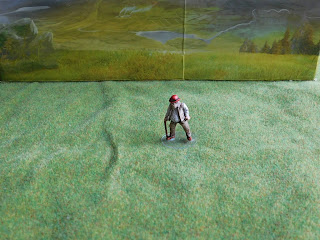 These two photo's are the same but with the colour all but removed from one, something that might be handy for making stuff look as if it matches even when it doesn't. 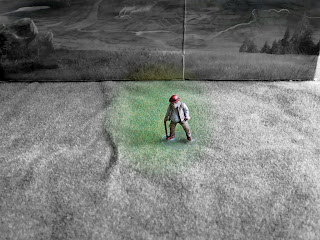 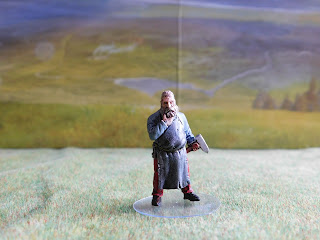 All of these models where done like the ladies in an earlier post where painted using mostly washes & I'm more then happy with the finished results, I find washes suit my style of painting more then paints & I've even started mixing washes to get different colours of different shades of colours. 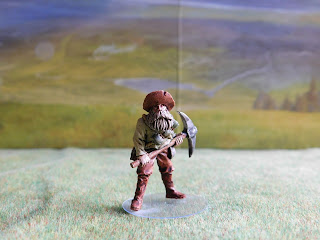 Well that brings the what I hope will be the first of many posts this year to an end as ever my thanks for dropping in & if there are any little tips you can give me on taking photo's please comment below, or even if it's just to say hi your comment will be more then welcome, some more pictures below. 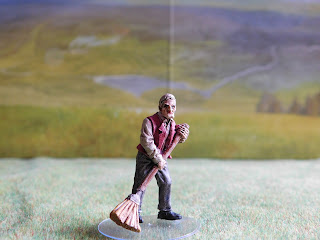