I've been wrecking my head over the list to take to Leprecon, while I'm only going for one day I still want a list that I think can compete but what to take ? 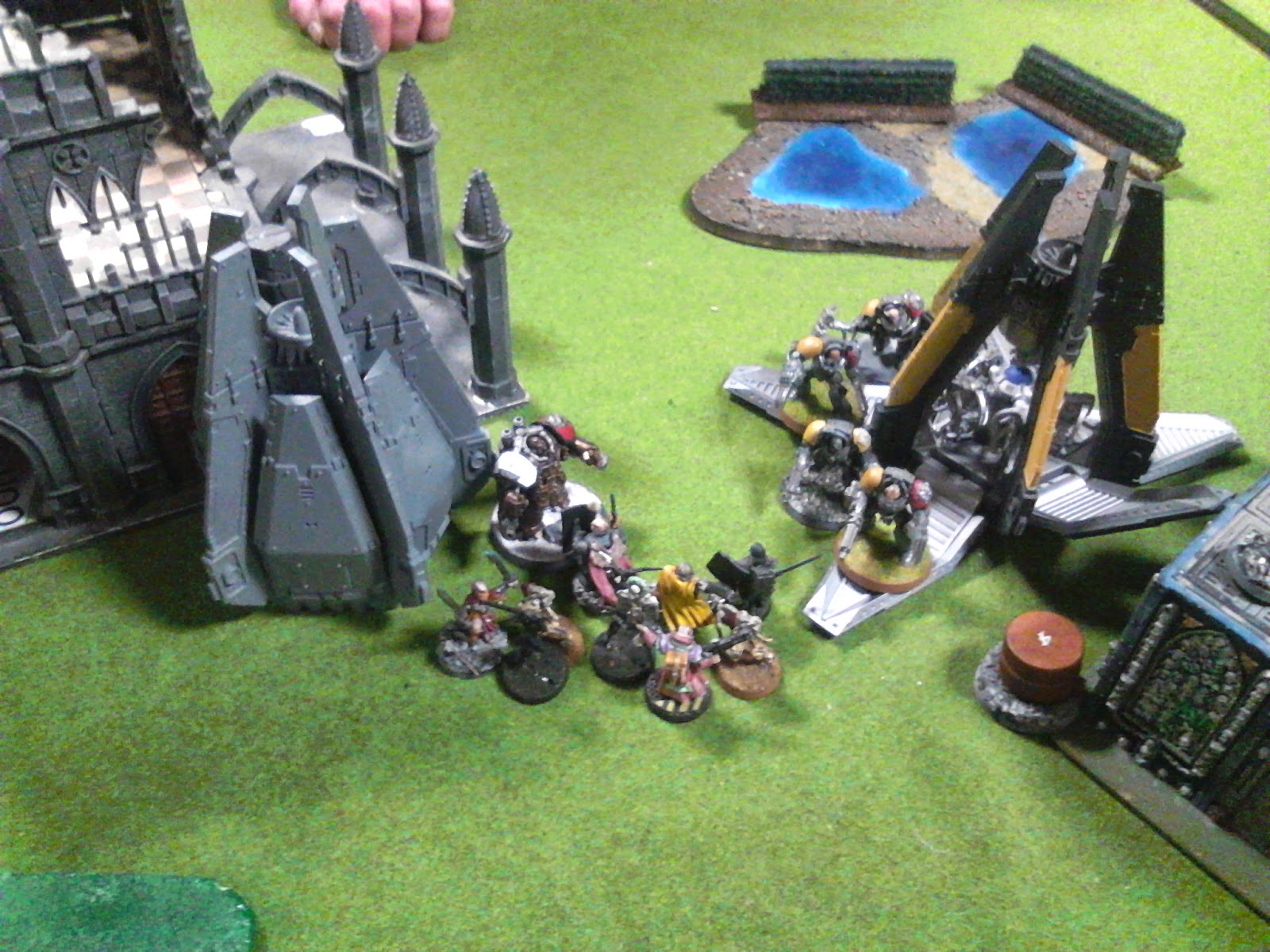 In another post on my thoughts on what I might bring I was at that point toying with the idea of a guard blob that would be more then able to look after its self & while I know it would be a tough nut, what with a 5++ sv that might very well be rerollable in combat, I've decided not to go with it as I hate moving big units a round. 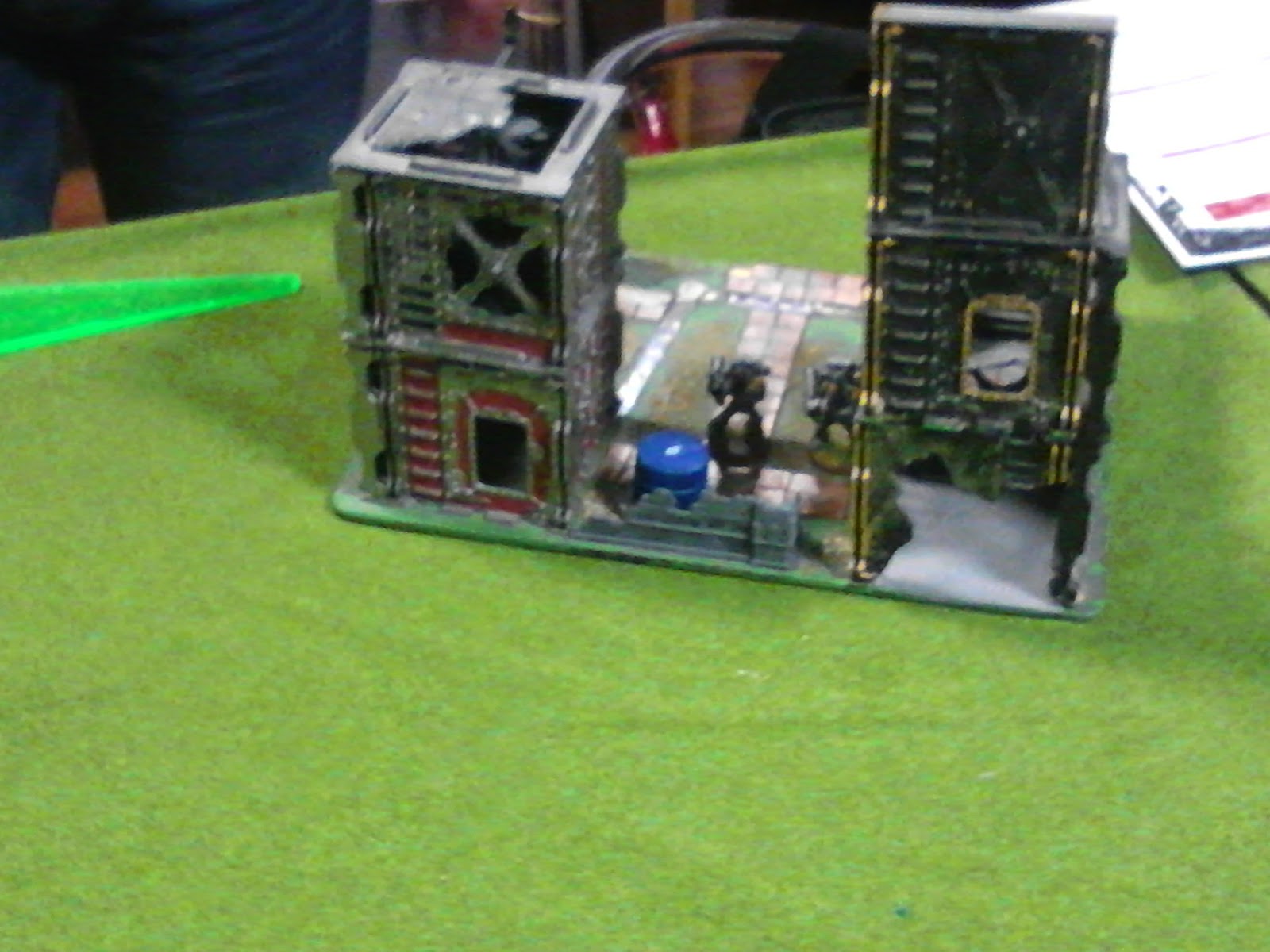 So I've decided that I'm just going to go sisters on their own end of story, the reason behind this is just so that I've got small fast to move units, which as someone who was a marine player for years is how I like to play. 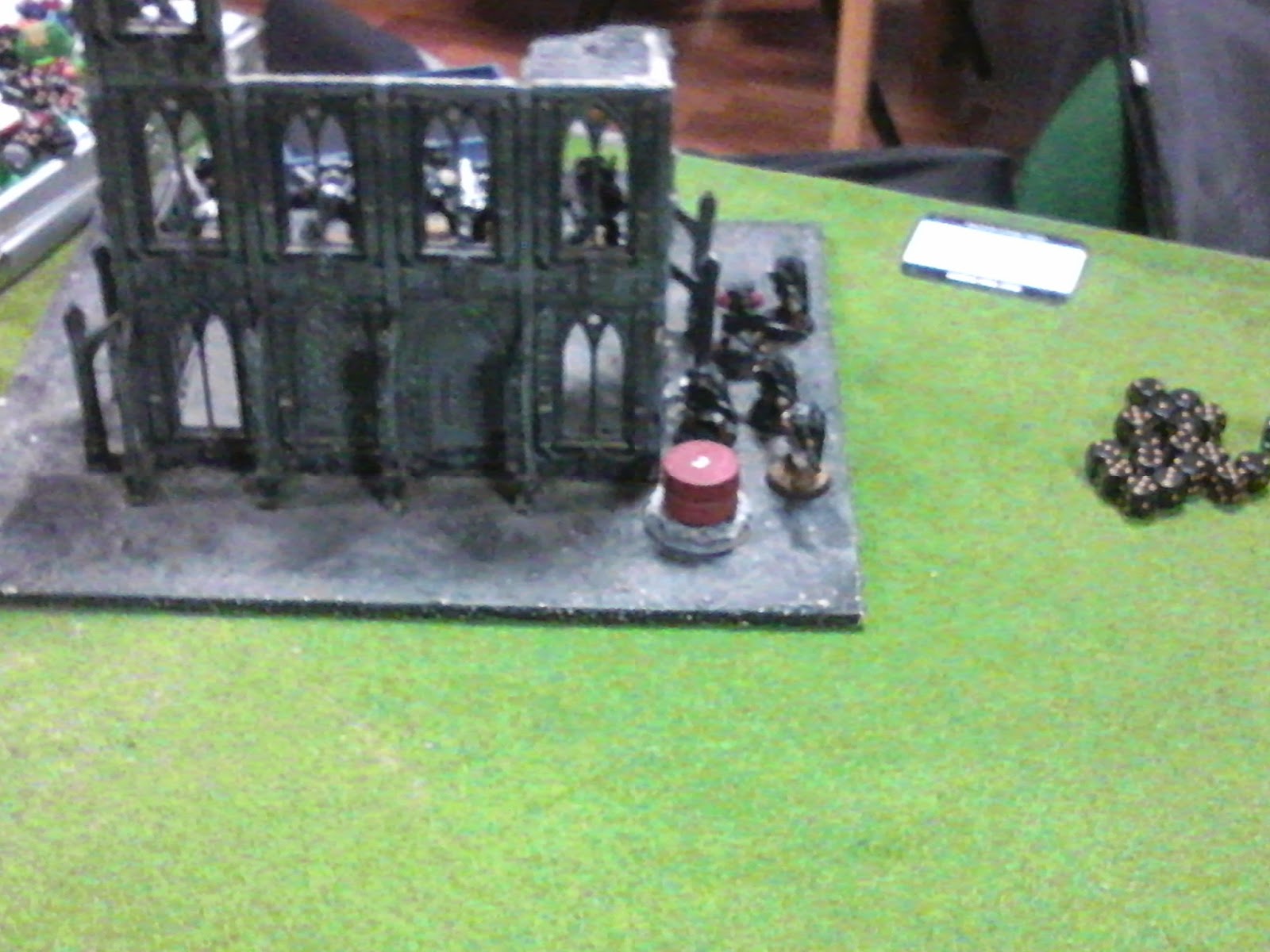 With my mind made up it's just what units to take, now the great thing about sisters is there is not all that much to pick from, for a HQ people ill always you should use the saint, but depend on your army Jacobus can be great value & if I was going the 50 man ig blob he'd get the nod, the canoness I'd only take if I wanted to get a command squad in. 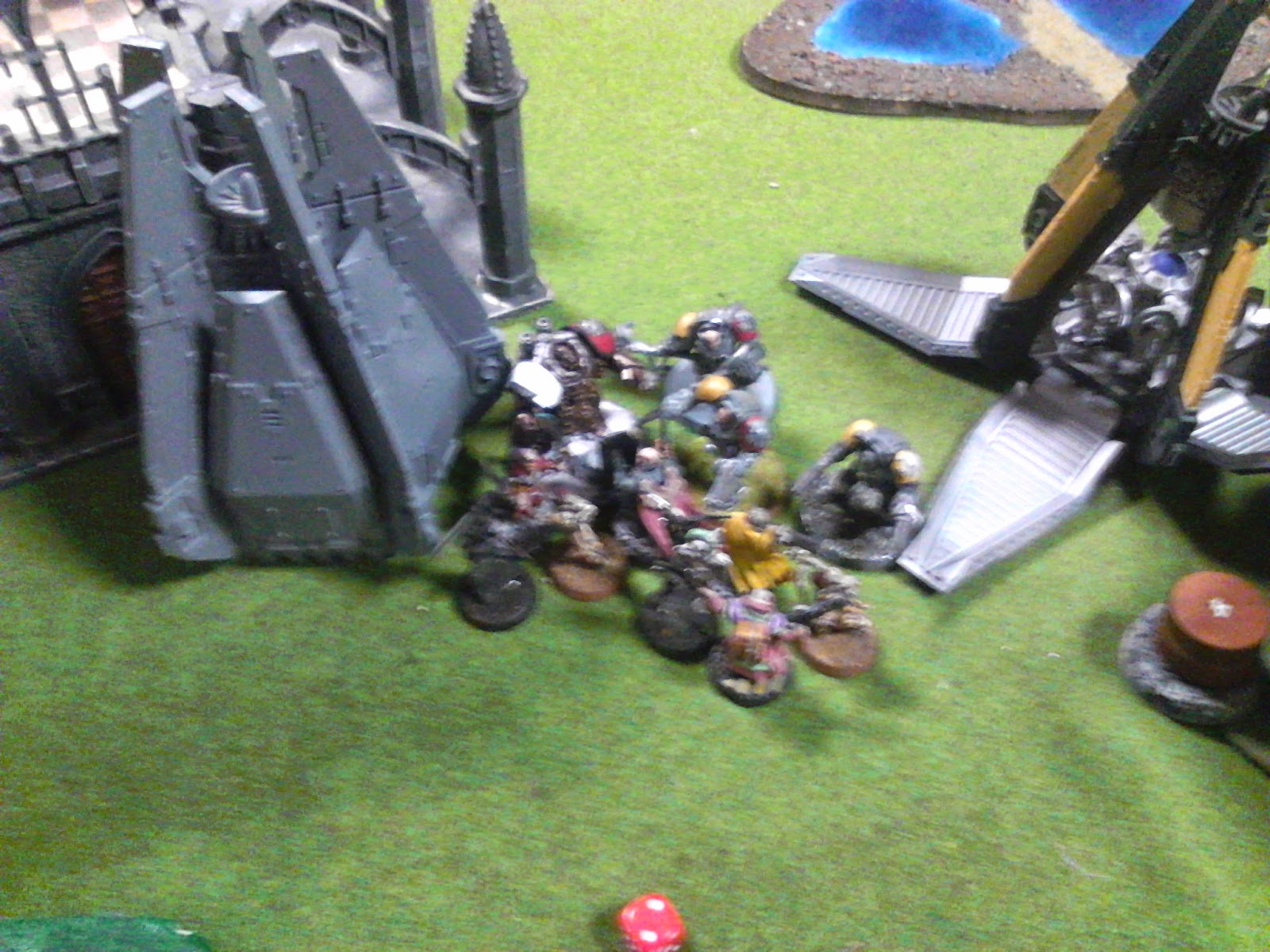 Don't take up a slot but also in the HQ slot are priests of which you can take 5 & for every priest you take you may take a battle conclave, if your looking to get a bit of assault into the list these guys do a good job. 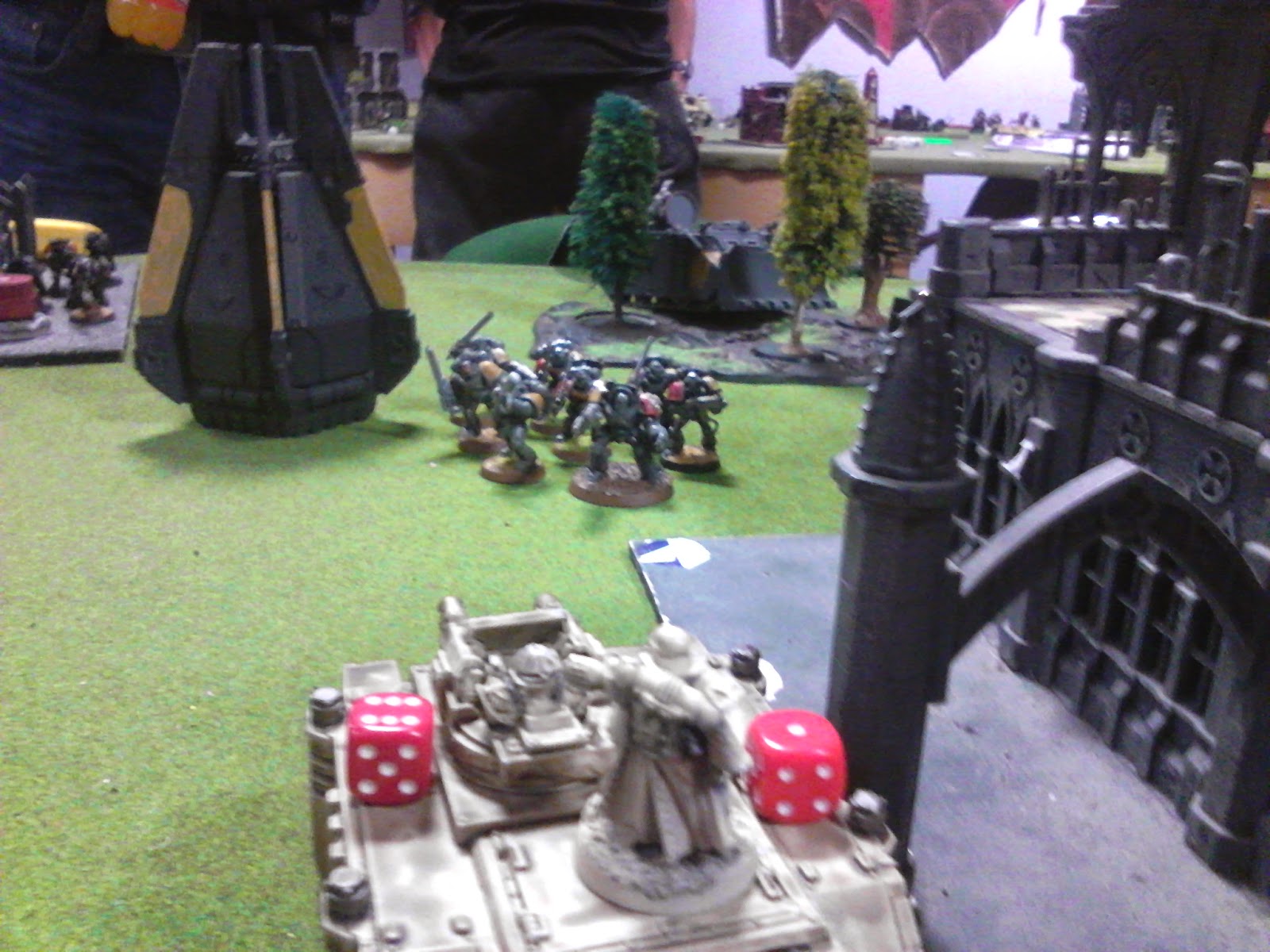 Elites really there's sadly nothing to see here which really is a pity celestain can't do anything you'd want them to do that another unit can't better & do for cheaper, the repentia well the less said about these the better. 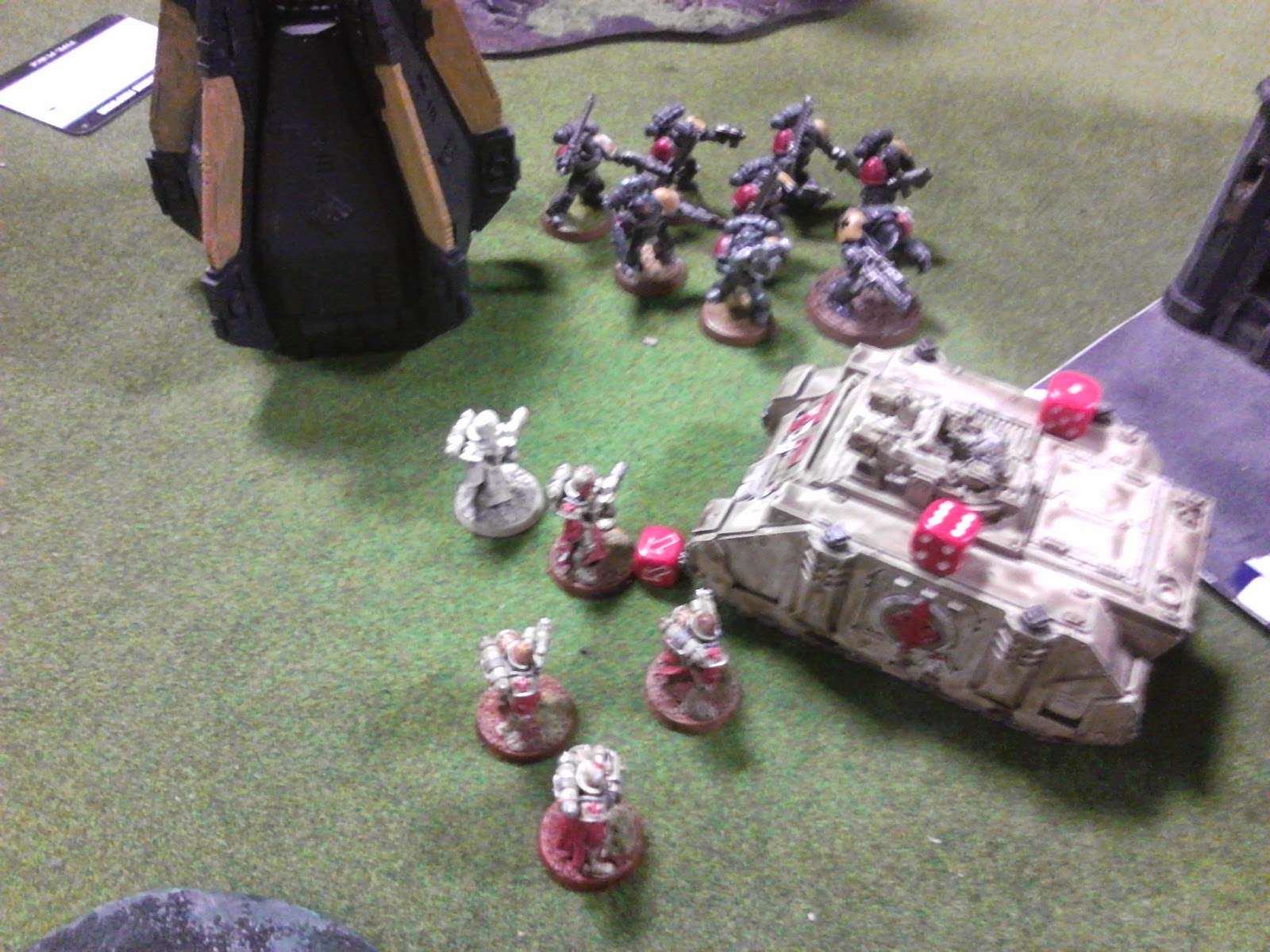 Troops & you don't have a choice as it either battle sisters or battle sisters, but that fine in all honest as battle sisters are a very good unit that can take 2 special weapons in each squad & with an act of faith that gives then preferred enemy in that phase they don't tend to miss much when you use it. 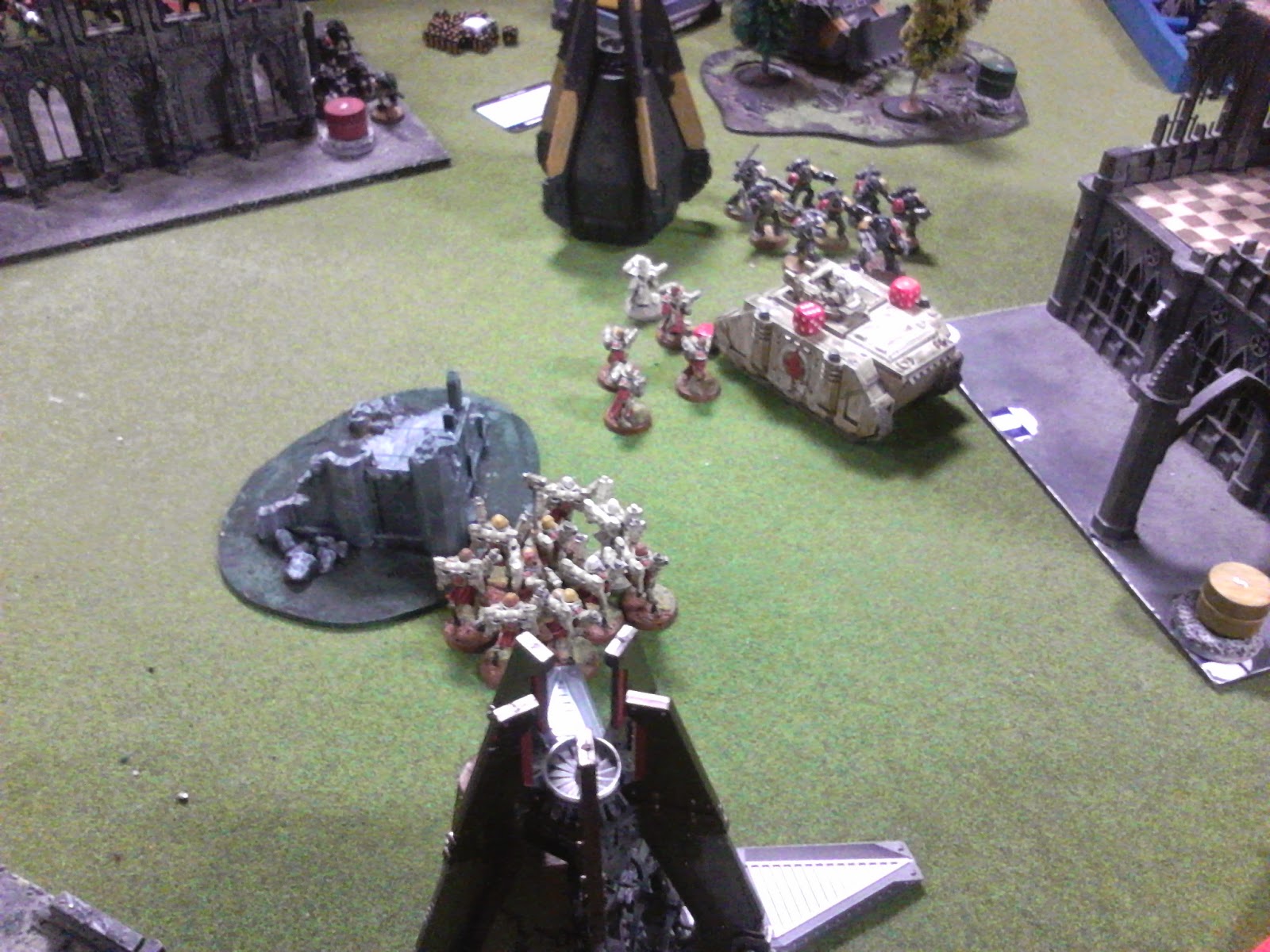 Fast attack give you 2 good choices in the dominions who can out flank & that 4 special weapons add to that an act of faith which ignores cover & the seraaphims who can take 2 models with 2 hand flamers each & with shred been their act of faith can put out a lot of hurt. 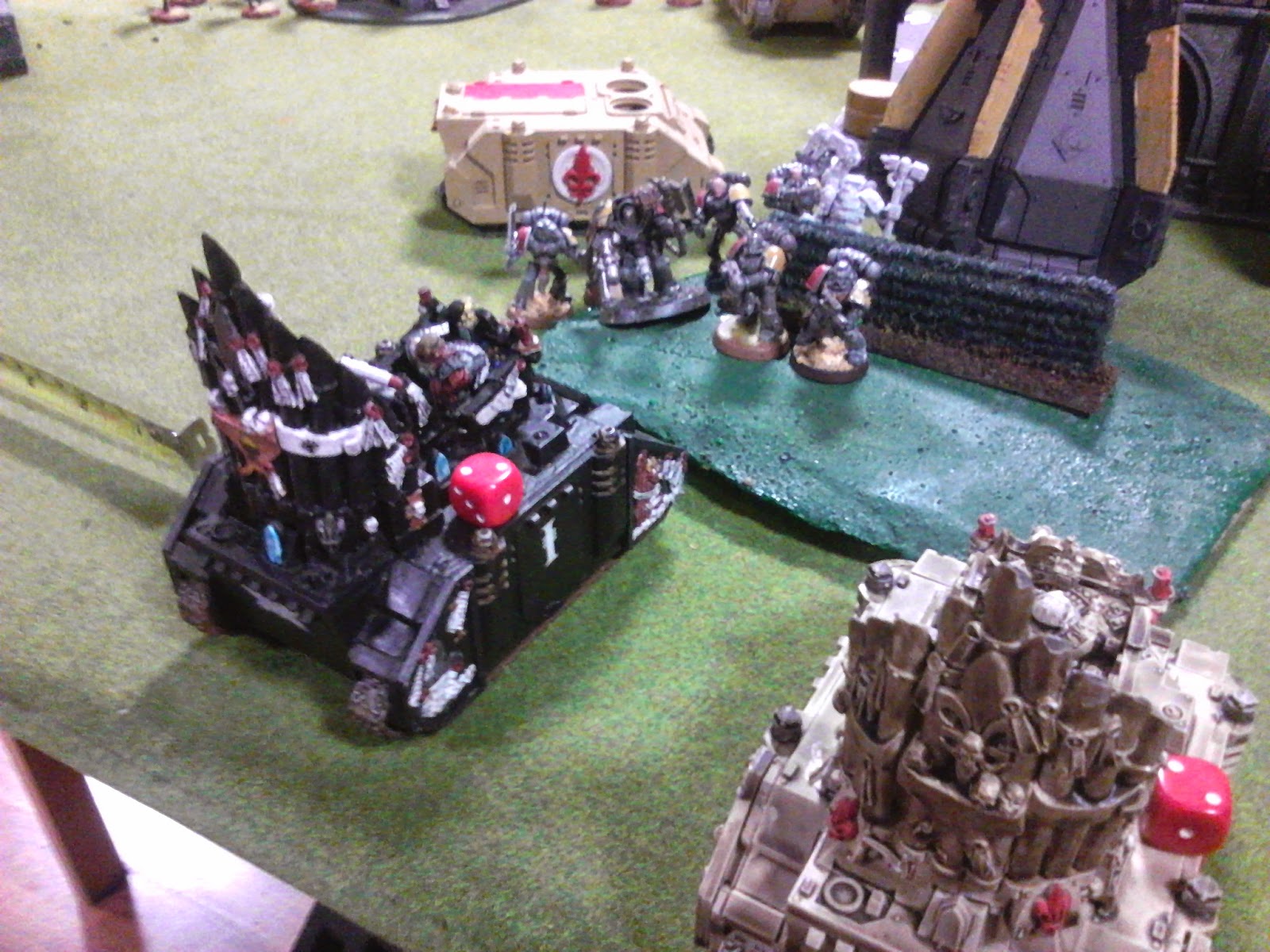 Heavy support & no the exorcist is not the only choice you have believe it or not, but it most definitely is a unit that if your dice go hot can have a big effect on the game, but what people tend to forget is that it works the other way around, in a long side the exorcist you got the penitent engine & the retributors, sadly I've none of the former but do have the later, with my favourite way of running them been with heavy flamers, given that their act of faith is rending this lot can be the bane of marine bikers. 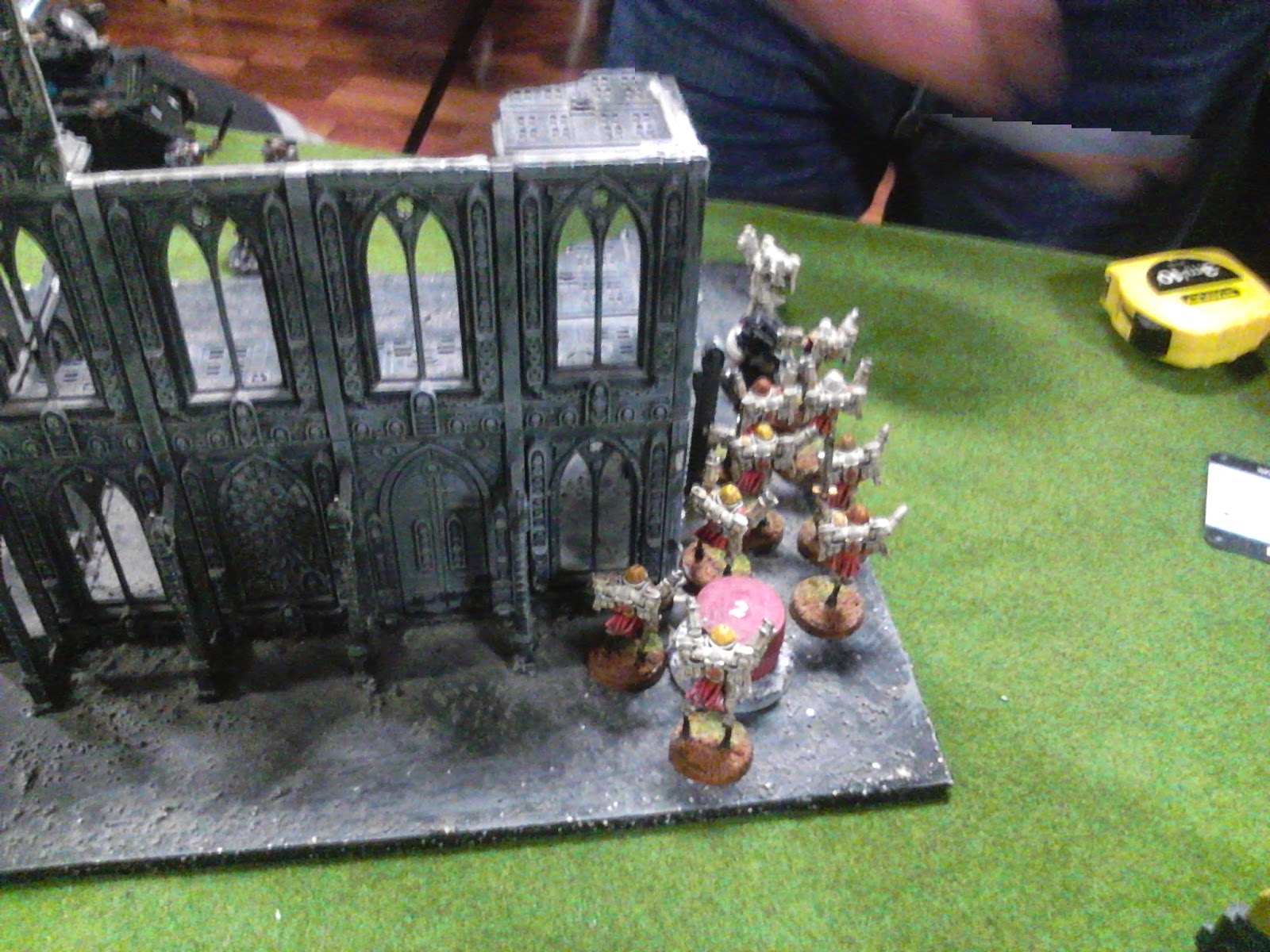 Wow it looks likes I've just done a review of the sob dex which was not what I'd planed lol, but it will give you some insight in to why I'm running the list I am, so on with the show the list.

The pictures above are from my game with Ger so my thanks to Ger for a enjoyable game, as always my thanks to you for dropping in & to prove it hasn't been all play & no work a wip shot below. 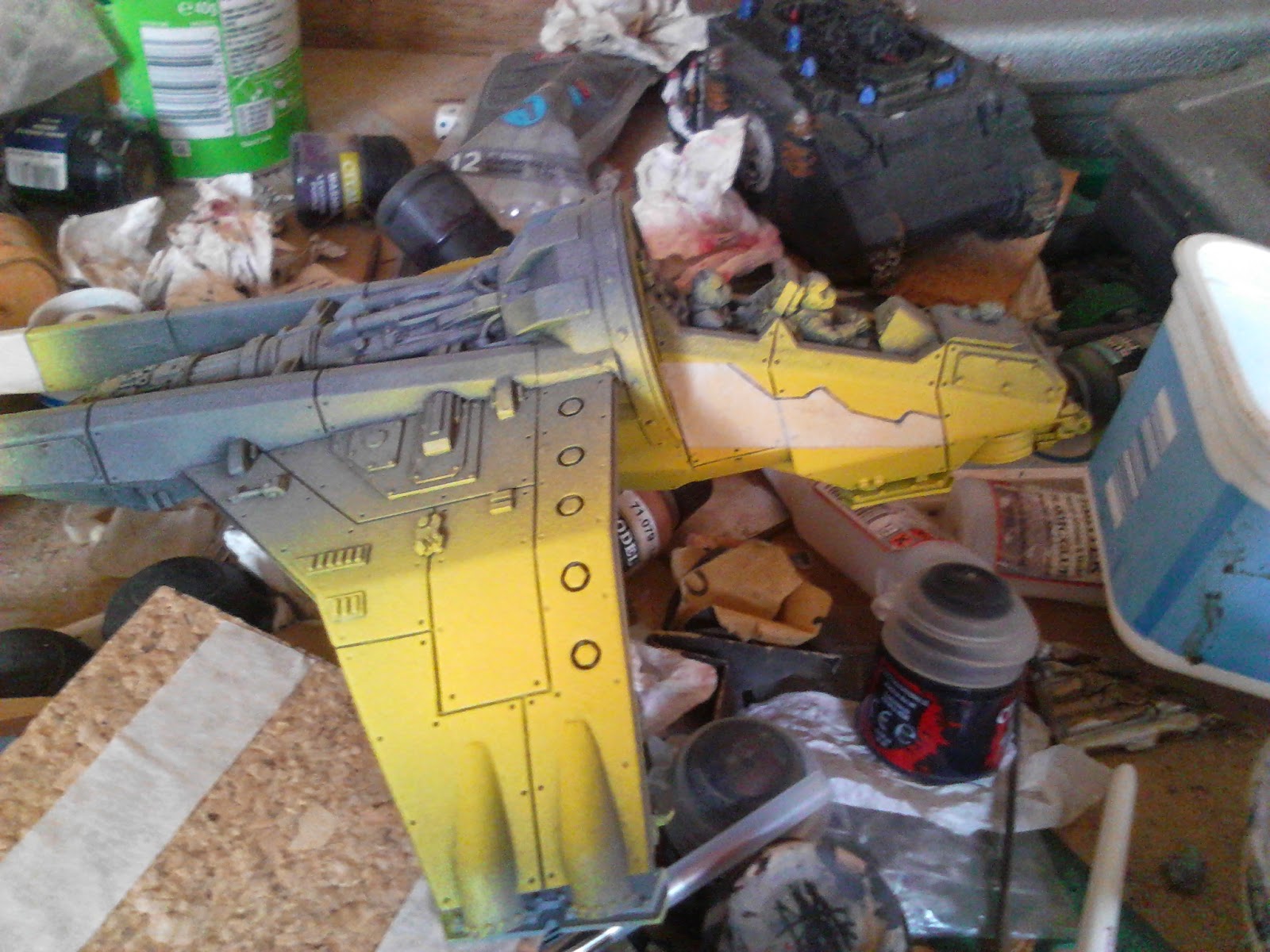