A good while back I bought what was a Witch Hunters army off one of the lads in the club now this was after the WD sisters of battle codex had been released but that didn't matter that much to me as I just loved the sisters of battle models plus a lot of the other stuff was cool so win win for me. 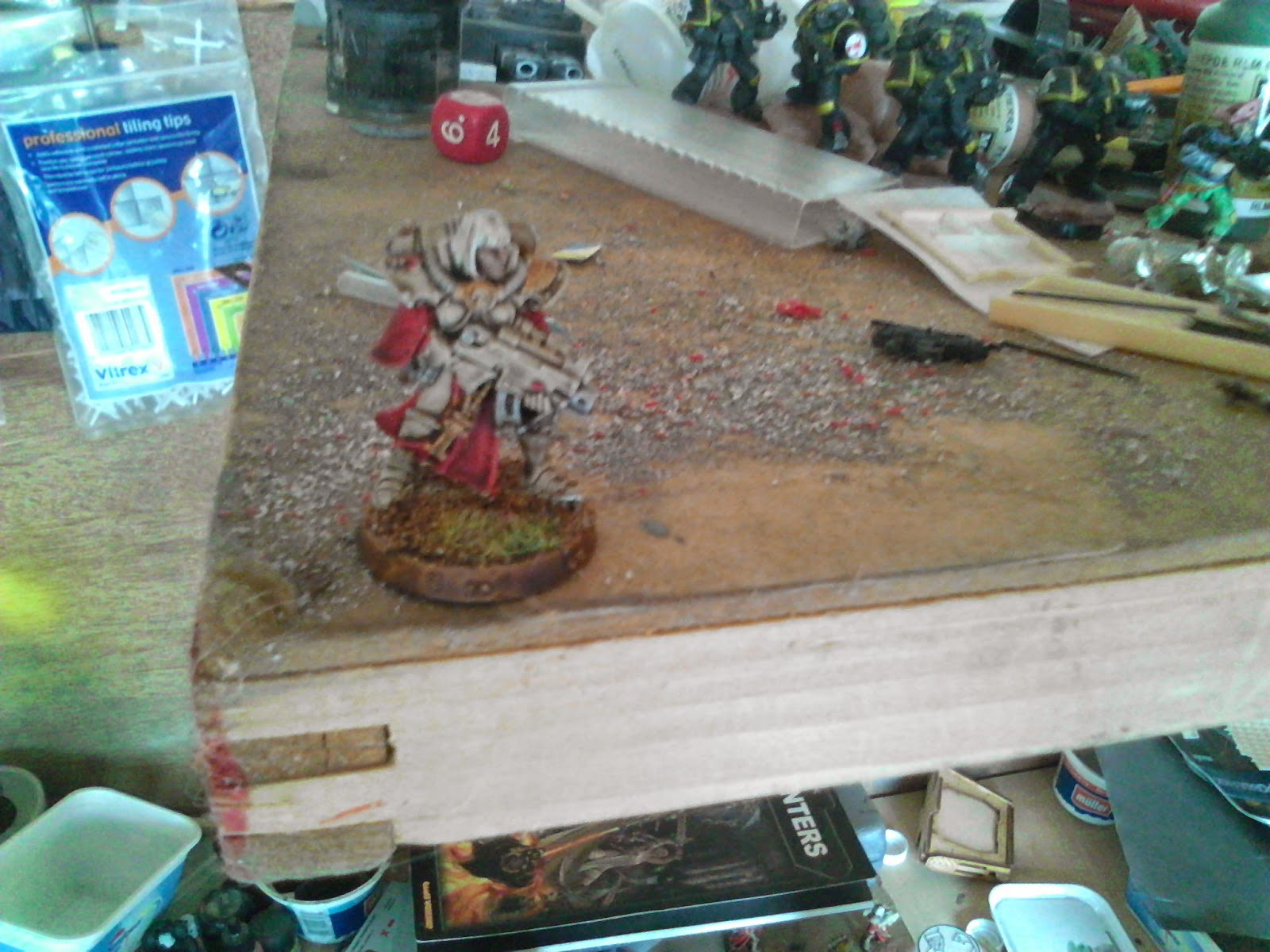 Any my plan of the army was to strip it down & repaint it, so I've done a test model for the way I want to do them, now as I said many a time on this blog I'm not a painter & as anyone who ever took time to look at a sister's model will know there is a hell of a lot of detail on them. 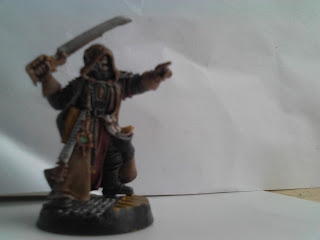 Not a good mix's I sure you'll agree, but I had an idea & that was what if like I've done with a lot of models lately I just used washes ? I've found that with models with lots of detail washes are get for bring it out & you don't run the risk of losing it like you cant with paint. 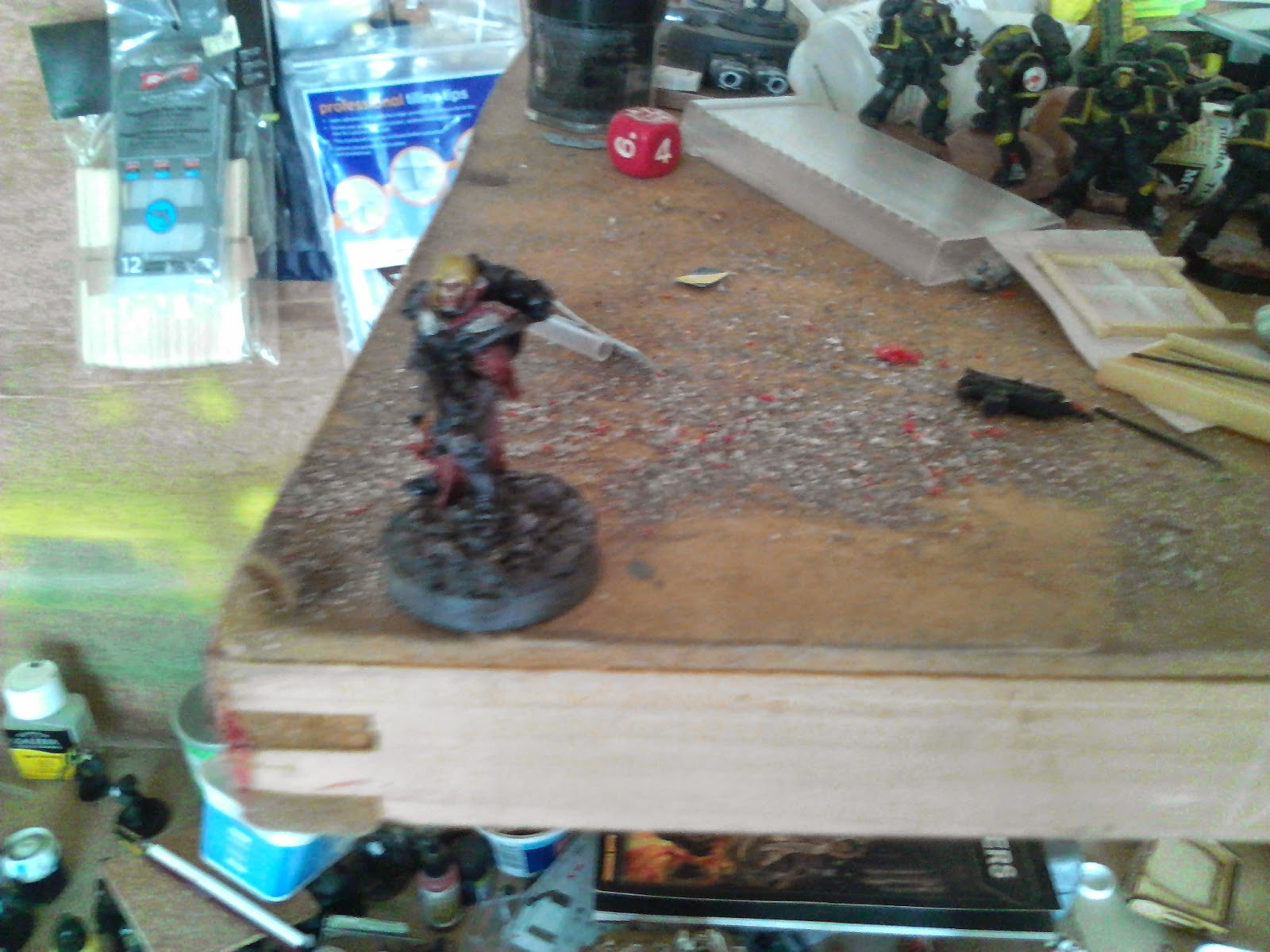 Sadly the photos are not the best & the model looks a lot better in the hand, I was undecided to be honest on the colour's as I was also thinking of going white amour & maybe black robes but been happy with the way this one turned out I'll be painting (washing ) the whole army this way. 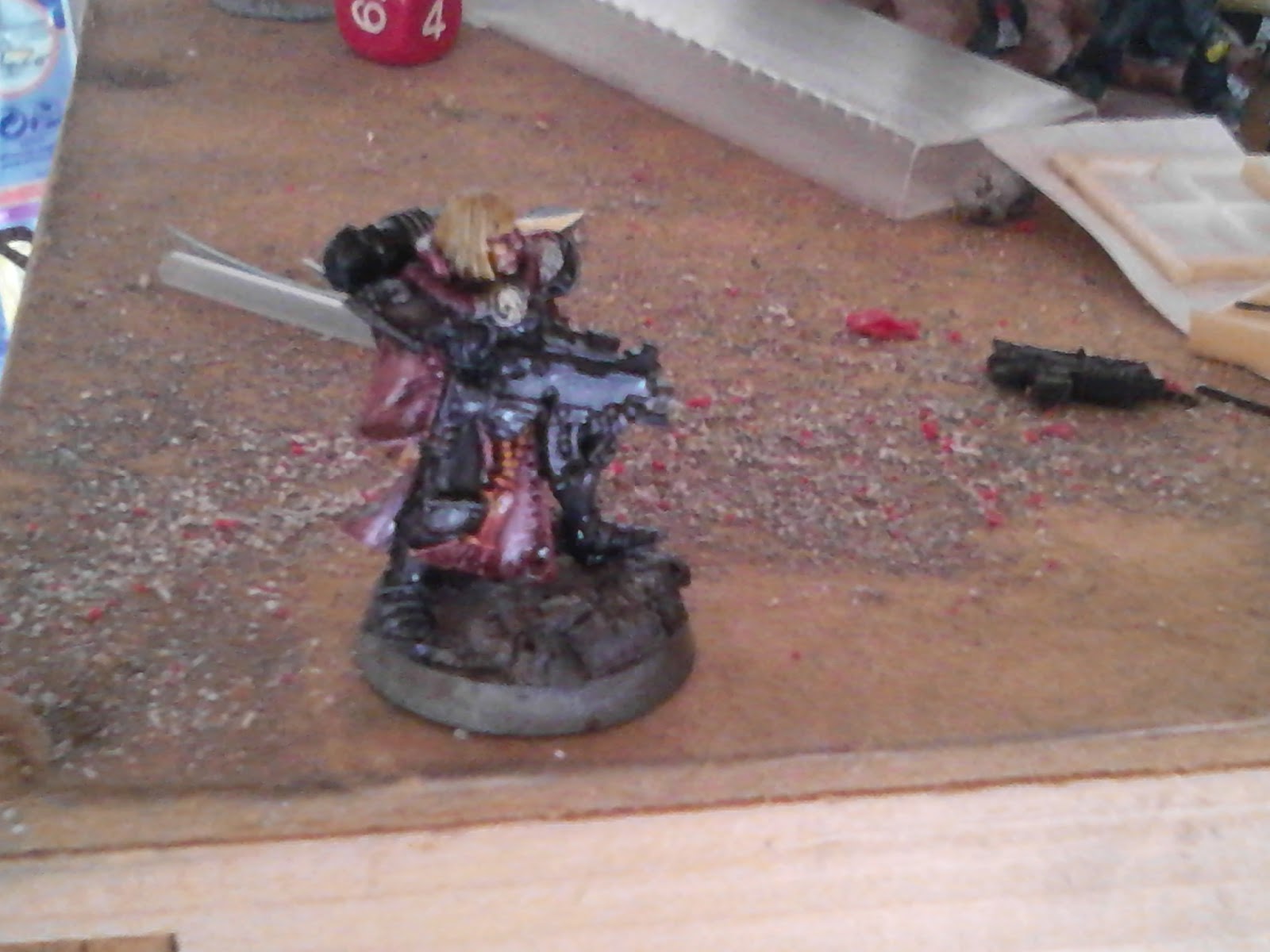 The hardest part of this project I think is going to be stripping the models down & while some of the later one's Gerry worked on are just sprayed cream with no primer & strip handy the old ones are cream over the over the colours above with a good dose of dip for good measure. 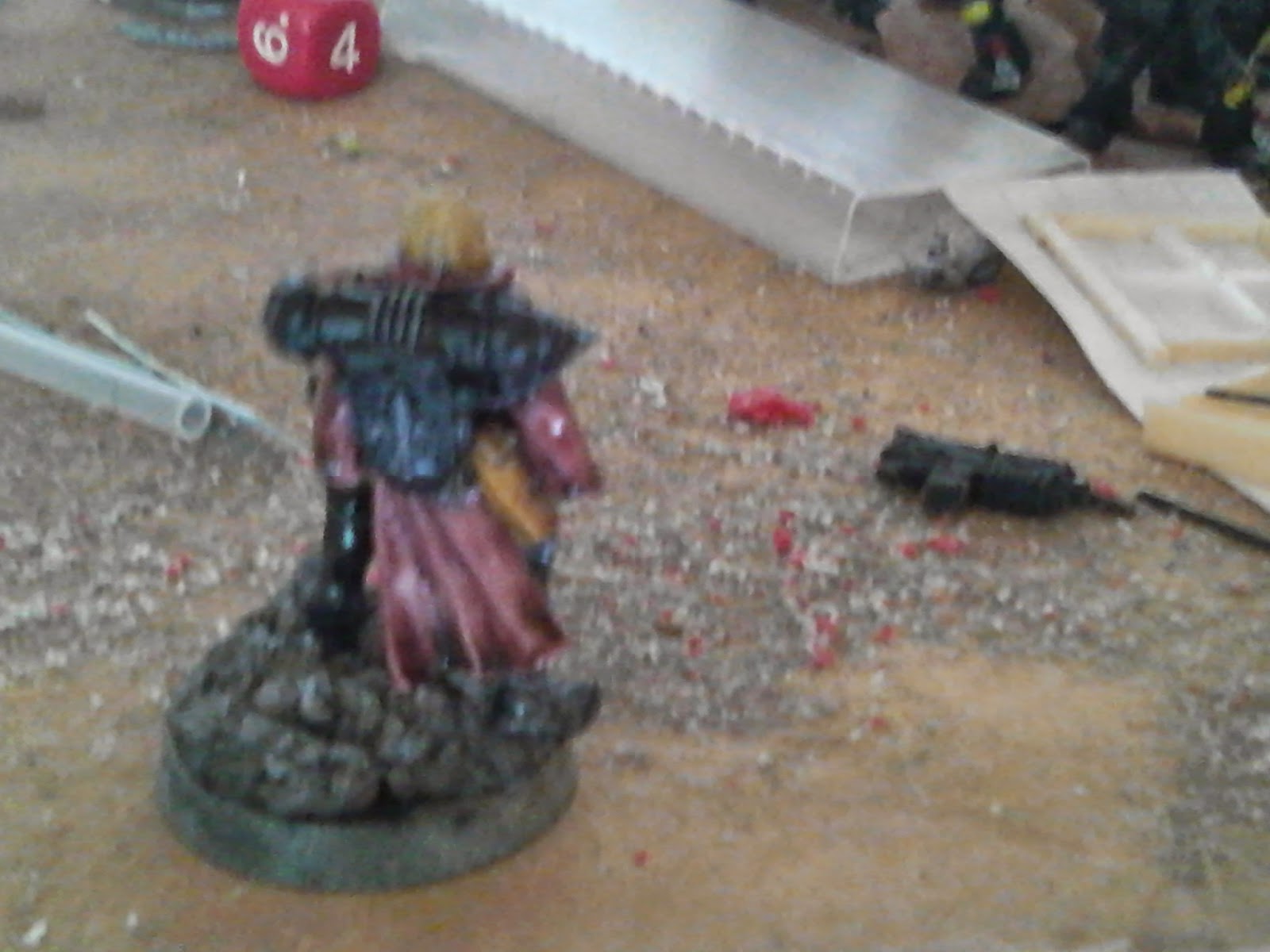 One done with lots more to do but then every journey starts with the first step & if I can get the whole army looking like this one then come journeys end I'll be one happy modeller, but like most modellers I know I always find getting the first one done is always the easiest & aftera while the road can become very long. I'm really liking the affects you can get with washes so much so that I might look into how to go about making some up as GW don't have a great range of colours in them & while thats not a problem when you doing things like sisters I find that where doing the likes of henchmen it is. 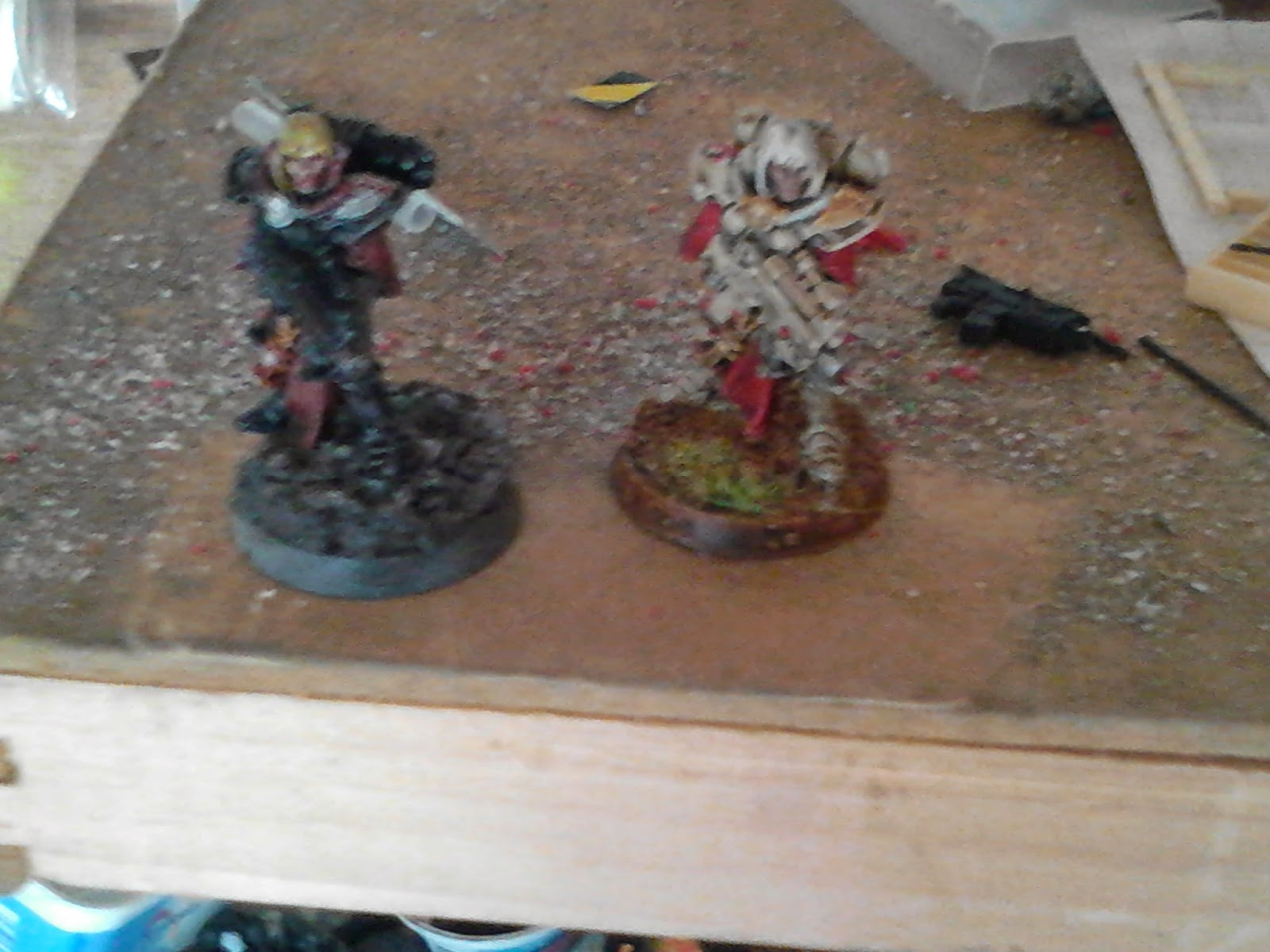 So there you have it the before & after & no offence if you read this Gerry but I know with one I like best, it like they say once you go black you never go back lol, as always my thanks to you for dropping in I hope you found it worth while.
Posted by Frank O Donnell at 6/27/2014