A lot of people think I like painting models but that's a miss conception, the real answer is I like painted models, models that look good in the hand & on the table. 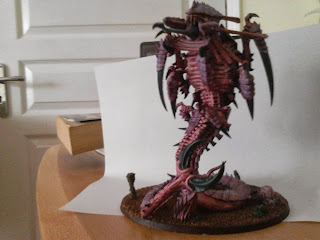 Now don't get me wrong I'm far from been one of those guys that hate painting & think on it as some kind of punishment, I just find it mundane & would much prefer to spend time making models then painting. 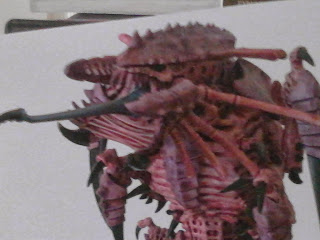 When I put my mind to it I can even paint to a high standard, but I'm very slow, so a couple of years back when my son stopped playing 40k his nid army was just left sitting there. 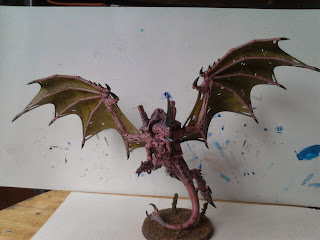 This to me was a shame as I hate to see models not been used plus the fact I always like nids, but been as I've already said I'm a very slow painter & the thought for painting an army like the bugs with so many models just seemed like something I didn't want to take on. 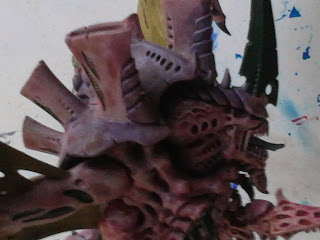 That was unless I could find a faster way of getting them done while still haven them look good, now up until this point I'd spayed all my models black before painting them but what if I spayed white & used washes on them instead of paint. 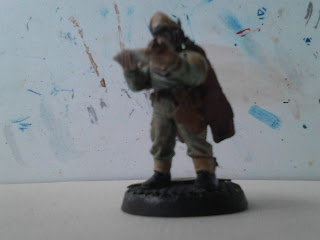 So that is what I done & was very happy with the way they turned out, so much so that if I can I'll wash a model instead of painting it & with the exception of the red scorpions have washed nearly every model I've done since 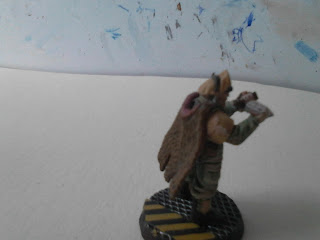 I even found that using one wash over another can create the same effect as shading & highlighting, the only thing is that when doing this with washes is you do it backwards, start with the lightest colour first & then put on the darker ones. 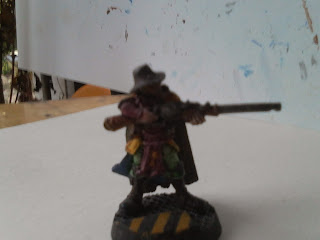 A model I've had for a good while now is Solomon Lok from FW ( http://www.forgeworld.co.uk/Warhammer-40000/Grey-Knights/INQUISITOR_SOLOMON_LOK_AND_RETINUE.html ) & to by honest have put off painting him as its a model that I love & was afraid I couldn't do it justice. 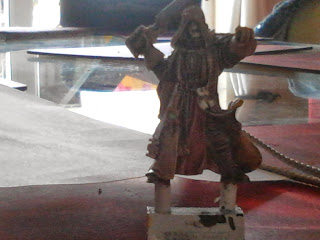 So the other day I bit the bullet & started work on him I'd made up my mind that with so mush detail on the model I go with washes but unlike a lot of the models I wash go the extra mile using the different washes over one & other & am I glad I went this way as even if I say so myself he's turned out first class. 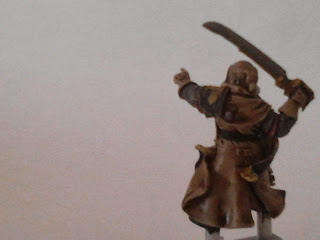 So if like me painting is not really you thing try doing a little washing, I know for me it's been a big help & while you still have to use paint for certain things been able to wash the bulk of an army is a big help 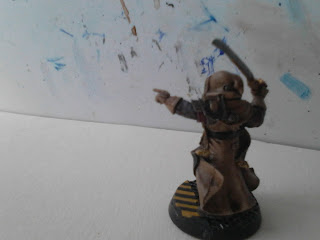 .All of the models in this post a mostly washed. 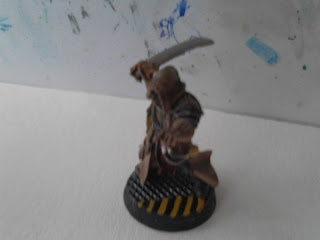 So thanks for dropping in & if you decide to try doing a little washing I hope you find it helpful. 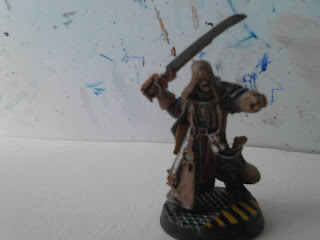