40K mission the camp of the psyker

The camp of the psyker is a little 40k mission I made up using the enduring freedom rule book for ideas. 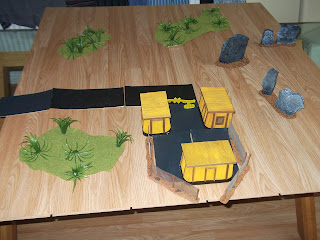 This mission is really just for a combat patrol size game of about 400pts or could be altered a bit for a killteam game. 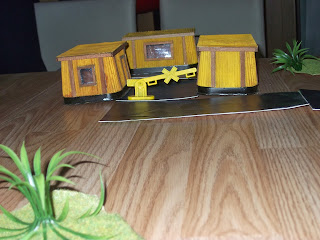 The mission objectives are, rescue the hostage (worth 5pts0 which is the prime mission, kill the autocannon team (worth 1pt) kill the mortar team (worth2pts) & kill the psyker (worth 2pts). 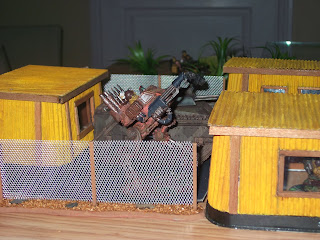 You can if your playing this mission & don't have or want to use IG change the autocannon team & mortar team for something else. 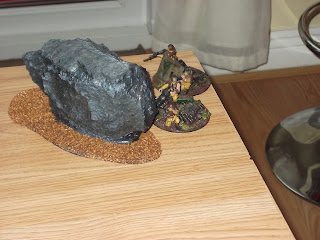 Set up, place a maker inside one of the buildings without the attacker knowing which one it in,  the IG set up first,place the mortar team behind a line of sight blocking terrain piece if you can on one side of the compound & the autocannon team on the other side in a piece of terrain. 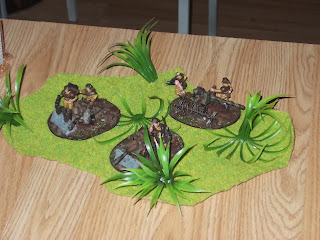 Place the rest of the army inside the compound, then can be in the buildings if you wish. 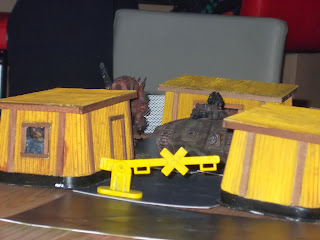 The attacker starts on the opposite side of the table & goes first. 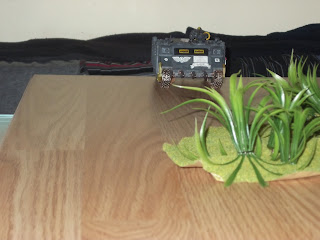 the list I used here where as follows
Marines
Two tactical squads in rhinos. 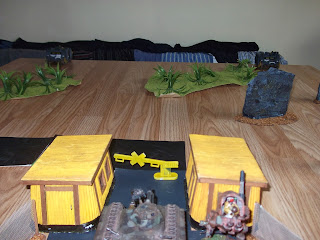 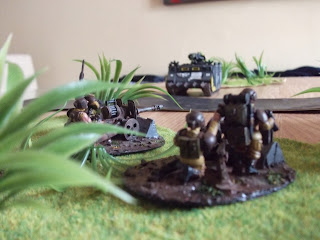 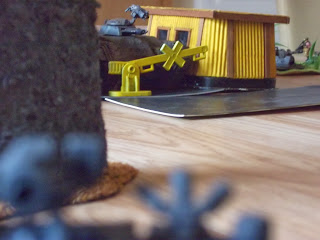 Small games like these are a great way for newer players to learn the game as doesn't feel overwhelming, they are also good fun for older players to play as well & you can't get two smaller games like this in in the same time as it will take to play a big game. 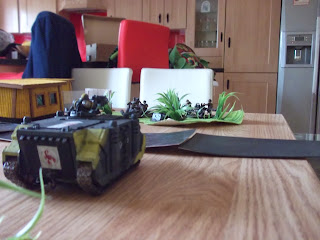 Its also a good way to see who can do the better at the mission as you can change sides for the second game. 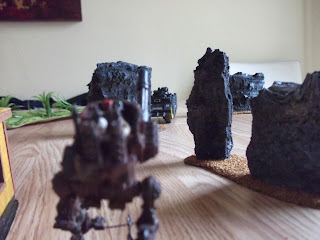 For this post I was going to use SoB's but I really really need to do some work on the army to bring it up to speed, so that meant the red scorpions getting a first outing as I don't like using models that are not finished. 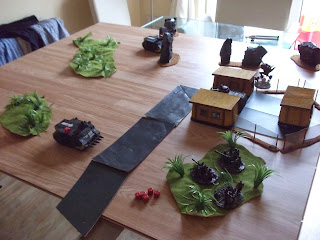 Designing missions is a part of the hobby that I enjoy & at this points level I don't think the missions from the rulebook work very well. 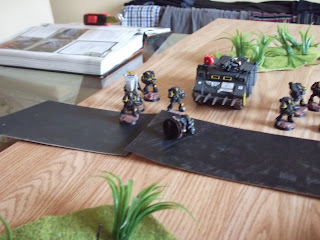 Plus I like the whole one player is the attacker & the other is the defender. 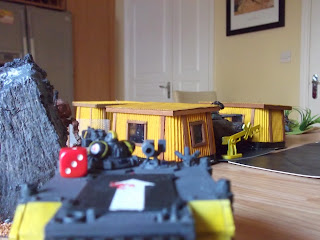 As I said this style of mission it also great for a game of kill team, where the killteam would have to rescue the hostage. 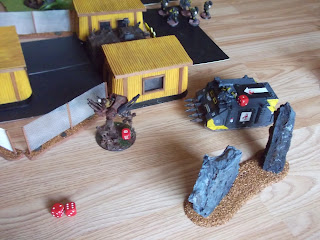 So how did this one pan out ? 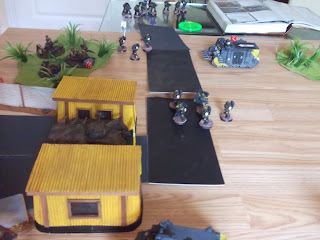 The marines pulled it off by killing the autocannon team & freeing the hostage. 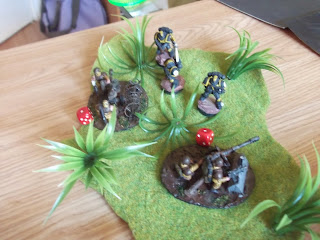 I'd used 3 blips from spacehulk (two 1' & a 3 stealers) & placed  each one face down in a building the one with the 3 on it would be the hostage. 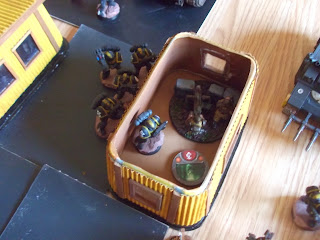 So over all the marines scored 6pts, 5pts for the hostage & one for killing the autocannon team so a solid win for them. 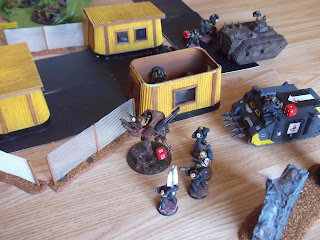 The mission is designed in such away that the attacker first objective should be to rescue the hostage & if he does so wins the game, the other objectives are only for bragging rights. 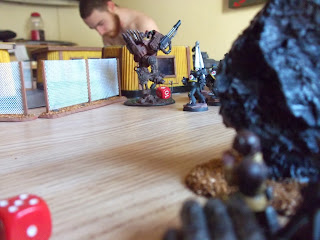 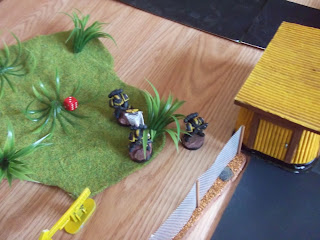 So thanks for dropping in I how you found it worth your while & please call back again. 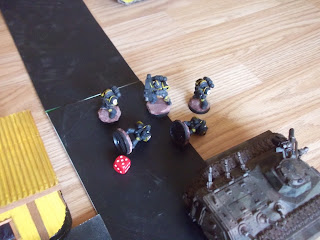 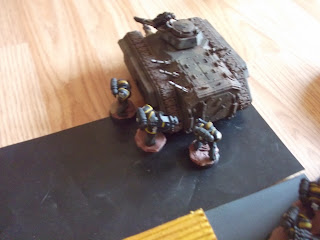 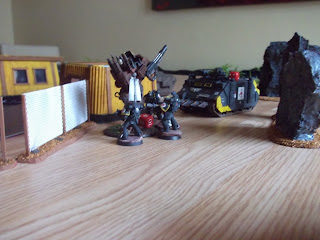