This time out I'm going to make a couple of combi weapons for marines who by the way will be getting a new codex soon.
So to do this conversion's I need 2 bolters 1 flamer & 1 melta-gun 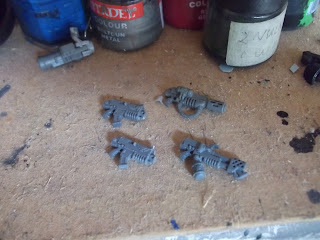 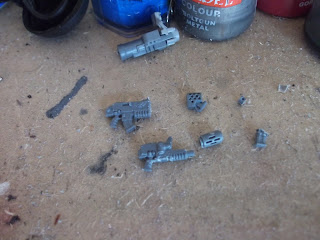 I also cut the half cylinder off the melta-gun but I did so after the picture above was taken so you'll need that as well, now glue the melta mussel & the magazine casing to the what was the flamer like below. 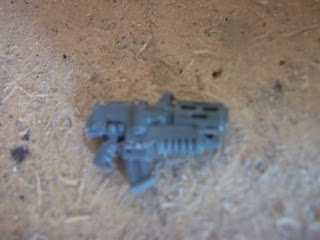 Now for the combi-flamer remove the little ignition part & pear the area where it was so that the mussel off the bolter can be fitted into it.& glue it to the bolter along with the half cylinder from the melta-gun like in the picture below. 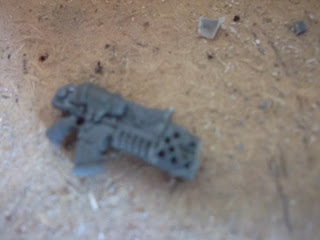 Now that wasn't to hard was it ? if you want lto do a combi-plasma here's a link to an earlier post I done on them. http://ifitwasntforone.blogspot.ie/2013/07/how-to-combi-plasma.htm 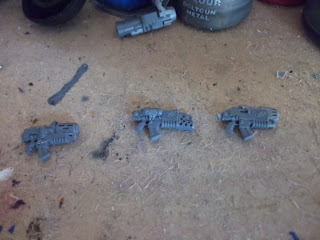 All 3 guns together & below some pictures of them on Captain Ahab for the Rad Scorpions 6th company.

Thanks for looking in & I hope you found the post helpful & please drop in again.