Over the last couple of months Ger & myself have been playing some of the missions from Taros campaign 1st ed, I'm not sure but I'd bet that the update book is the same as the later IA books where they just give you a mission to play. 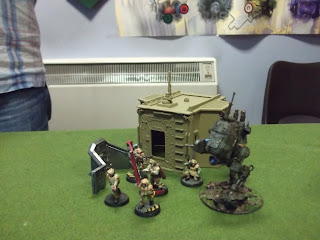 To me this new way of doing things is disappointing to be honest as I don't think it creates the same feeling, now I know that historical re fights tend to be unbalanced as it will favour the army that won that battle, but for every down there's an up or two 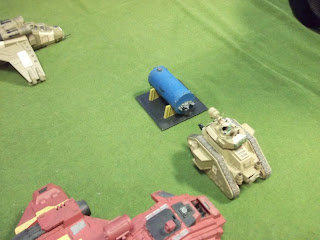 I'll try to explain what I mean, first off you'll probably get to use things you never used before you'll probably won't have the exact model but you'll more then likely have something you can use as a stand in so +1. 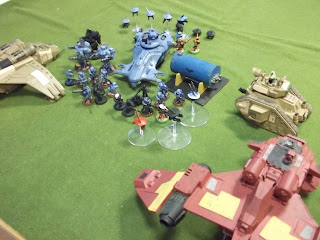 You might find the army your using stepping outside of the foc, this might not seem to great but you'd be amazed how different this can make an army feel, think an all ravener & trygon army & you'll get what I mean +2. 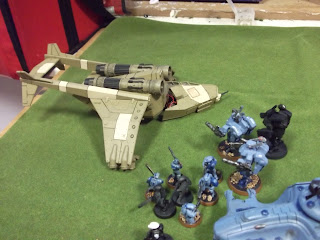 It will most likely do as it says on the tin, one of the big things in these battles is how much it will feel like the fluff FW do a great job when they make up the lists for the mission , so you don't drop pod into a horde of orks only to find that the combi-melta would have been better been a combi-flamer.+3 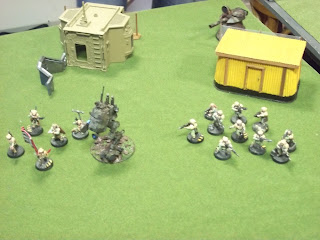 The newer way for doing it just in my mind doesn't work, imaging you just finished reading how we'll just say the marines have beaten the bad guys to take a space port, you then get to the missions part & it's a 2k per side battle, the marine dex is old & the other is an over powered new one. 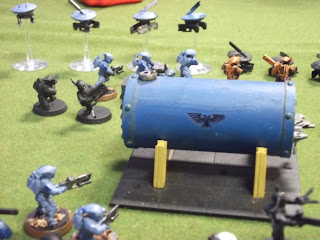 So instead of the marines taking the space port like in the book, or the other player some how pulling off a most unlikely win & really gaining the bragging rights, you get the the marines getting their a@s handed to them which in no way recreates the feeling of the book. 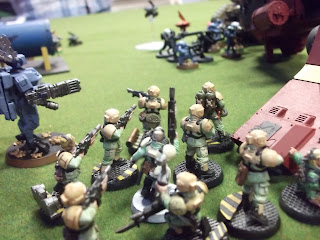 For me playing a historical re fight is very different to playing a mission as to be honest there is only so many ways you can play mission games & you'll end up playing them with the models you have been what they are. 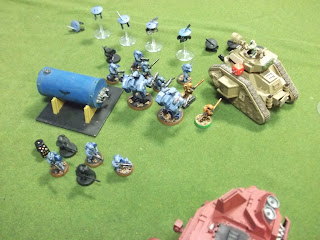 As for the game we where playing the Tau had to attack an imperial airbase & destroy the planes.of the navy a simple real life event that happens in war instead of capture the most of 3 objects. 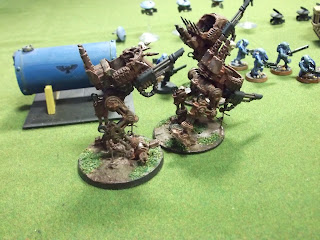 For me the real trill will always be taking part in a story & I find I get more into a game that is based on some event the fact that the event never happened has nothing to do with it,I also find that these kind of games get me playing better as I'll try to come up with a tactical plan to win. 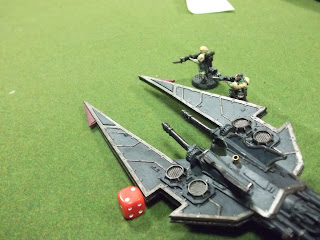 At the end of the day historical re fights are not every ones cup of tea but I for one feel that IA books are just not the same without them.
So my tanks to Ger for another enjoyable game that went with history this time with the Tau winning the day,
my thanks to you for dropping in & please return soon as my blog would be a lonely place without you.