A couple of years back a very good mate of mine had a wonderful idea to do a 40k tournament that was different to any others been run in Ireland it would include FW models & would be as much about modelling & painting as anything else.

He hooked with a bunch of lads who run the NWG  & took on the 40k side of things sadly I didn't attend the first one but for the second one it gave me the reason I need to build an army I've always wanted to do the defenders of Vraks renegades & heretics. As is the way with such thing I built my army in the hope of trying to win the best army award with a joke developing along the way where anyone but me was going to win & so was born what is now know ( much to my delight ) as the ABF award of which I had the honour of picking this years winner. 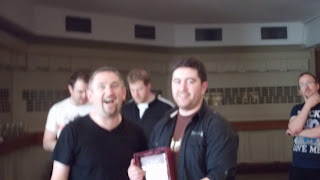 This years ABF winner Jay (on the right ) getting his reward from Darra who won with a lovely built & painted Gray Knight army so well done to him I thought I'D a picture of Jay's army but I don't seem to be able to find it.

As for the event once again it was a credit to the TO's so a big thanks & well done to them.

As for myself I took the nids a long with a base I'd built & had a very enjoyable two days of gaming. 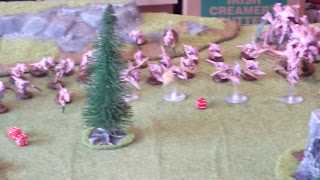 The nids on the move. 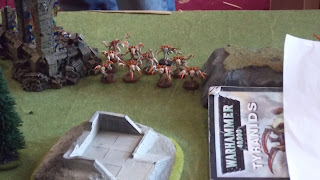 What's this another hive fleet. 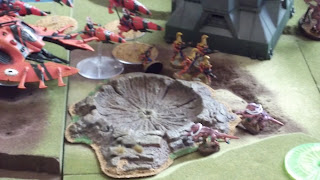 Two brave little gaunts battle hard to hold on to a creator in the face of an eldar on-sloth. 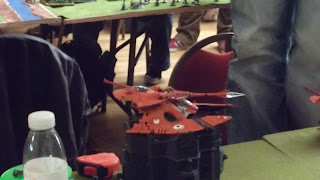 The eldar rule the skies 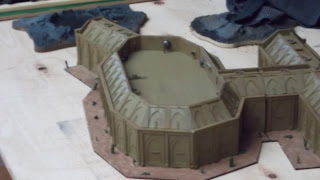 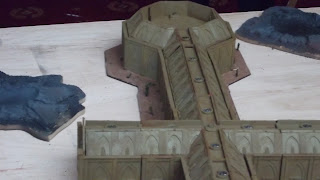 A couple of shots of my base. 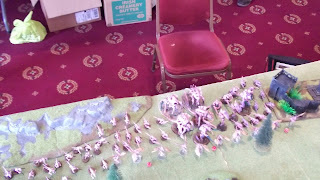 The nids from above 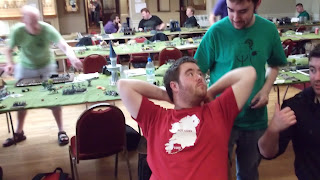 The enemy is sighted 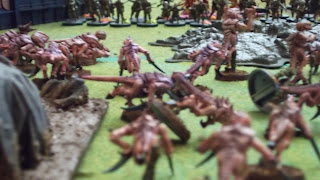 Bounding & leaping their way to war.