What the camera see's

Have you ever noticed how sometimes you don't see a mistake until you take a picture ? I don't know about you guys but this is something that happen to me fairly often. 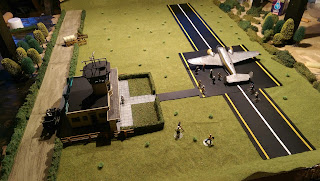 This was the case the other day while some scenes where been shot for The Heart Stone of Africa. 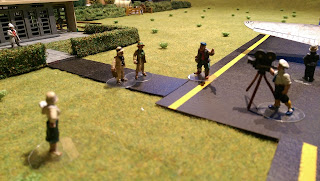 "Cut" calls out director Merrik Von Stroneim "What's wrong Max ?"
"I'm picking up some red on the left hand side of the step beside the hedging" replies the cameraman. 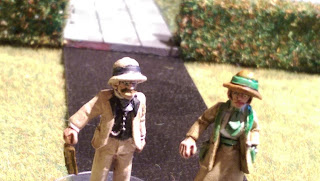 Von Stroneim goes to investigate "Painter" he calls out. 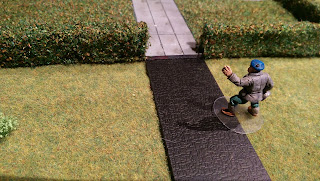 Luck enough I picked up on this as I was taking the pictures but that is not always the case, I've often not notice things until I've gone to do a blog post & by that stage everything has normally been put away. 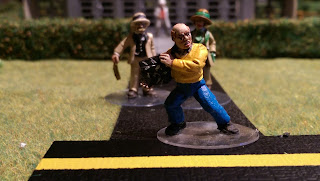 That's a rap for this post as always my thanks for dropping in & if you'd care to leave a comment it would be welcomed.