Make up, The last of the stars return

This lot concludes the stars I'll be painting for a little while, but fear not there's still plenty to be done around here as you'll see over the coming month's 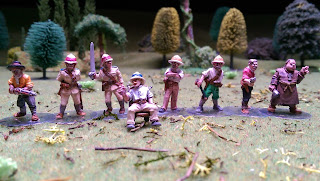 First the group shot above, the models are from Foundry, Solid chaps to a man apart from the monk that is who was a freebi from Foundry. 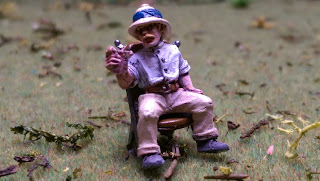 I really like these sitting down models & find them very handy for lot of things, this chap you have already seen as he was driving the car in a recent post, but as he's part of the set I stuck him in. 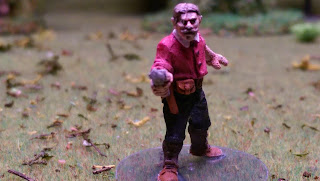 If I'm not mistaken this guy is the only model of all the Foundry ones I got who doesn't have a hat, apart of the monk that is. 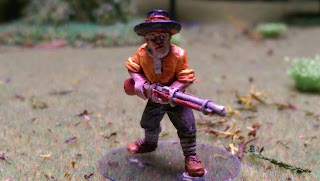 I done a head change with this guy as I wanted at least one model not to have a tash, the hat is from the model so it was more a case of faceoff. 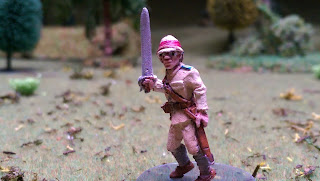 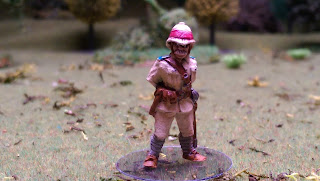 A couple of soldier's above, I've painted these kind of nondescript as I didn't want them to belong to any one army. 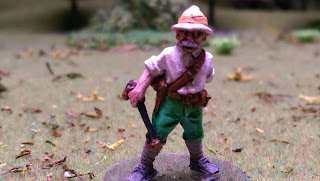 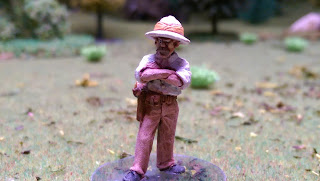 These two guys will be whatever's called for at the time kind  of chaps. 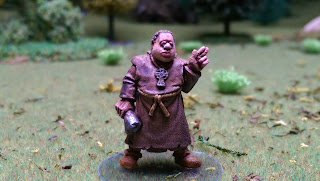 Last but not least we have the monk, this is a model I like a lot, I think it the face as it has a lot of character.
That' a rap for this post as always my thanks for dropping in & if you'd care to leave a comment it would be welcomed.
Posted by Frank O Donnell at 4/07/2017