My good mate Darra was home from Germany for the Easter hols & unlike the last couple of time this time we where able to meet up to see who would be king. 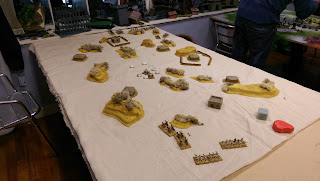 Yep we were playing Osprey Men who would be Kings, with me trying to look after the Jones's who as is their way where out digging in the middle of nowhere. 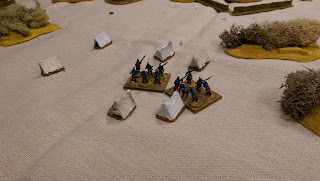 The game mechanic's are easy enough with the game very good at having you feeling I want to do that but I really need to do this with your units. 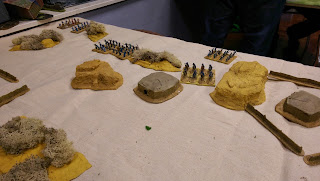 The plan was fro me to place 6 marker's under some building & then when the shit hit the fan go & get the Jones & co while hopefully Darra went for the wrong one's giving me time to get them off the table. 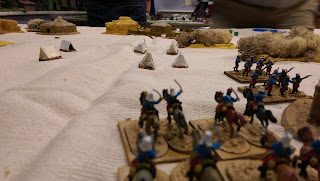 With the makers placed Darra set about giving me a run down of the rules, simple ya so what could possible go wrong ? 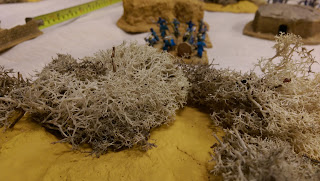 How about me forgetting which where the important makers where placed lol so now Darra had every bit as much of a chance of finding the Jones & co as I did, way to go Frank I hear you laugh. 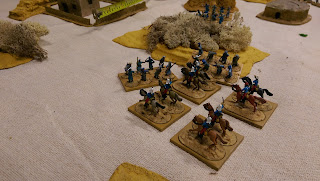 Meeting up with old friends is more important then winning a game right ? of coarse it is, so a fun couple of hours & a good chat with an old mate meant it really was a Good Friday. 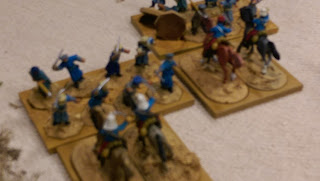 As for the Jones's ? well the last I seen og them they were been dragged away by men on horse back.
I guess I won't be King anytime soon. 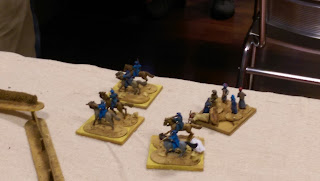 That's a rap, My thanks to Darra it was great to catch up mate & the model's & terrain look great & as always my thanks to you for dropping in & if you'd care to leave a comment it would be welcomed.
Posted by Frank O Donnell at 4/17/2017