NICKEL & DIME PRODUCTION'S
proudly present's
CONNEMARA FEENEY & TAYLOR DAVIES
in
THE HEART STONE OF AFRICA
There's a prelude if you want to read it first. http://ifitwasntforone.blogspot.ie/2017/03/connemara-feeney-taylor-davies-prelude.html

Pretoria Airport, Connemara Feeney & Taylor Davies accompanied by Naville Edwards arrive at the terminal, check in & head out towards the plane. 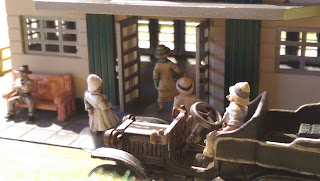 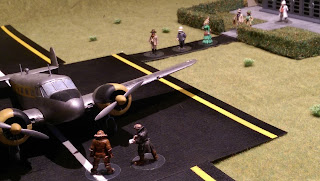 Taylor: " The only saving grace is that colonial buffoon's like Edwards days are coming to an end, on the plus side I've a feeling that the new administrator's in Northern Rhodesia will have a more modern way of thinking. 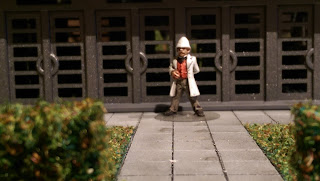 Connie: "Sir I mean Taylor how stable do you think Northern Rhodesia will be going forward ? I mean we seen it many a time in countries when they again independence, the following years can be quite unpredictable. 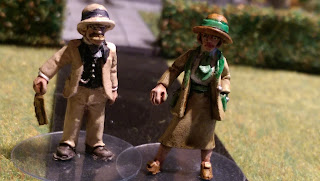 Taylor: "Tell me about it, but for the time been we'd just have to try to negotiate the best deal possible & then if thing's break down over time, well we'll just cut your losses & run as that's normally the cheapest way of doing things in the end, come on lets get on-board. 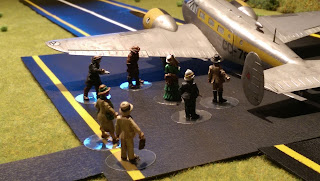 2 hour 27 minutes into the flight.
Copilot: " Excuse me Ladies & Gentlemen, I regret to have to inform you that we are experiencing trouble with the starboard engine & we're going to have to land the plane" 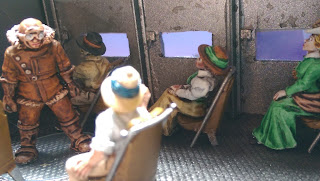 Taylor: " Were flying over heavily wooded & hilly terrain putting this bird on the ground might not be to easy, is there anyway we can carry on ? as from my knowledge  of the land another half hour's flying time would bring us over the grasslands" 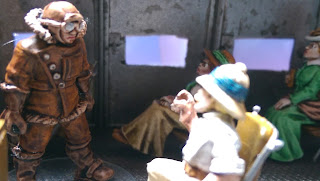 Copilot:" I'm afraid not sir as their is a small mountainous range that we'd have fly over first that is well know for it's turbulent air flows we'd never make it on one engine, luckily enough we noticed a small clearing after we crossed the river that we believe will be large enough to land the plane safely on, now if you excuse me, I must get back to the cockpit to help the captain.

Pilot:" We'll take it just over the top of that big tree Jim as we're going to need every inch we can get for this landing. 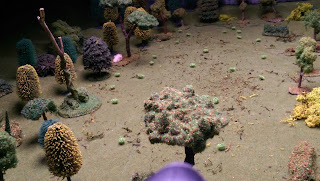 Looking out the window Taylor knew they where coming in at a sharper angle then was normal but kept this thought to himself, seconds later there was a hard thump  as the wheel's hit the ground.
In the cockpit Jean/Paul Dufour was using all of his expertise as a pilot to get them all on the ground in one piece. 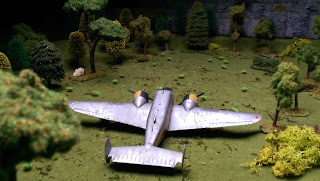 As soon as the wheels touched down, Dufour:" Brake now Jim & cut the trust on the engines.
Putting all their weight down on the brake pedals the two pilot's watched knowing there was no more they could do as the plane ate up the ground in front of them, heading rapidly for the tree's, 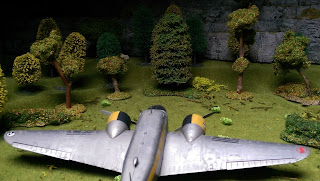 Just as it seemed they won't make it.
Dufour:" Now Jim hard to starboard" The Copilot didn't have time to reply as they both  pulled hard to get the plane turned, slowly at first but as the speed dropped the plane started turning quicker, coming around about 90* before coming to a stop just as the tip of the port wing clipped the nearest tree. 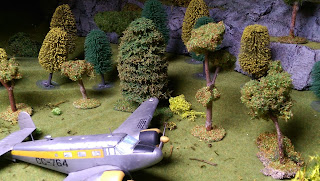 Cut.
Well that's it for this post, as always my thanks for dropping in & if you'd care to be a movie critic your comment would be welcomed. Look out for next episode end of May