Rico received the holopict & although you couldn't see anything but the outline of the sender it was a voice that he knew well, the voice of who he'd come to think of as the eccentric millionaire. 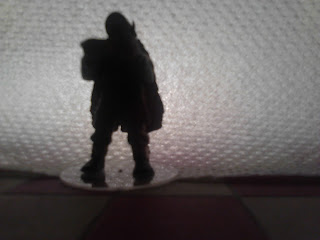 Rico didn't mind the little bit of cloak & dagger that the person hiring him liked to play as he paid well & at the end of the day that was all that mattered, plus these kind of jobs where helping to enhance his reputation in Trisol a very important thing  for a man looking to increase his standing among the underworlds elite.
The job was simple enough, intercept a delivery & then deliver those good's to the usual place, but the icing on the cake for Rico was that the goods would becoming through the eastside of the city where there was many warehouse's & factories & as Rico had already been contracted to meet up with a talkative informant who would show him where to pick up the camouflaged explosives in that area he could kill two birds with the one stone.
He'd already sent Stogie from Father O Brian's flophouse ahead & he was heading there now himself to get things rolling, out side the car window he notice's the evening gloom was just starting to settle, good he thought that will help make it all the more easier. 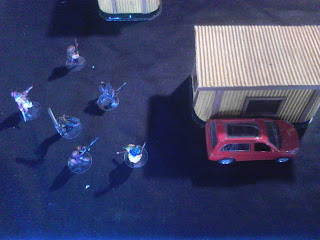 After getting out of the car to meet up with Stogie, Rico lay's out the plan for tonight's job. 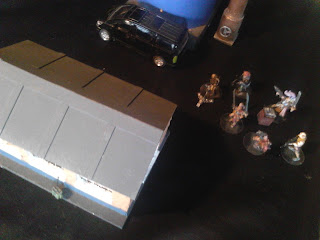 Unsuspectingly the delivery group get ready to set off not known what lays in store for them.
Rico meets up with the informant who tells him where to find the package, while the rest of the gang get's in place, 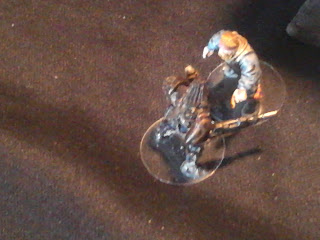 with Rizt the driver getting back into the car. 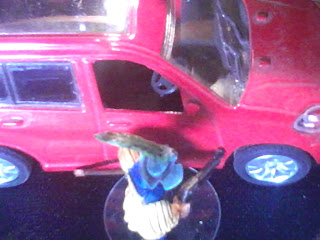 It's not long before the action starts, as Stogie open's fire on the car with the cargo. 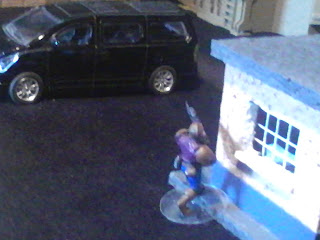 Damn that incompetent fool I should have left him in the flophouse he's to quick on the trigger, we haven't loaded up the explosives yet. 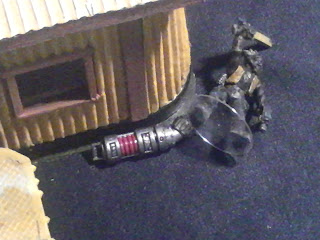 It looks like someone has got the drop on Harker before he could get them. 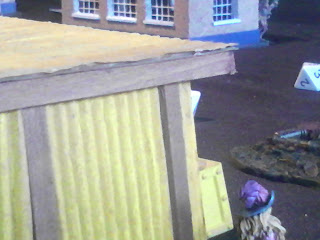 Lady D spots a figure rounding the corner of a building & opens fire, this is not going as Rico had planed, pinned in place from Lady D's firing they now have a new problem, 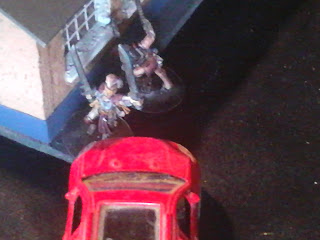 As Rizt try's running them down, 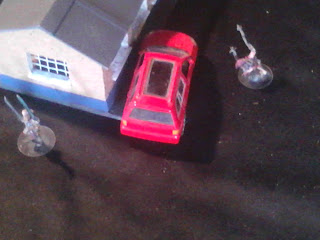 but their just able to dodge out of the way at the last moment. 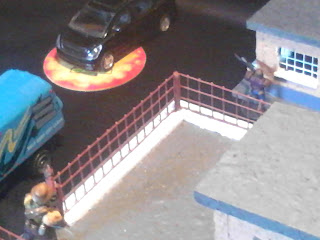 Lars who'd climbed to the roof of one of the buildings fire's a blast at the car, 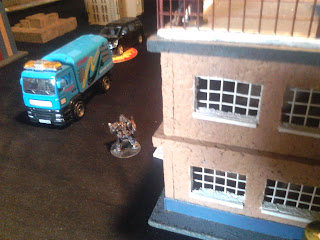 Rico lends his firepower as well taking out one of the passengers. 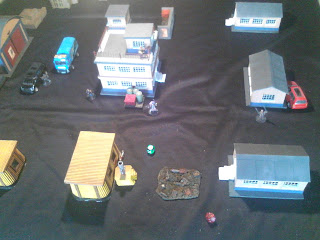 There's fighting going on all around but Rico know's that the most important thing is the package in the car & so rush's it, hanging on through the broken window with one hand while brawling with one of the passengers with the other. 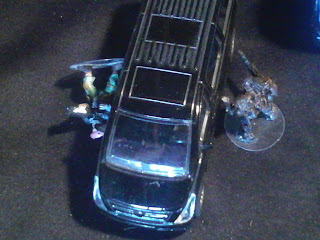 Quickly over coming him Rico now turn's his attention to the driver who not a match for Rico's fierceness & the car goes out of control before coming to a sudden stop just millimetres  from the wall of one of the buildings. 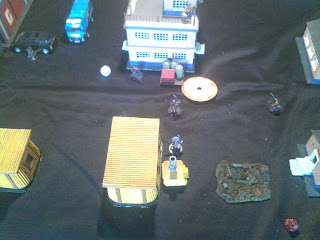 Designer's note, The game played is the first in the crime alley campaign & seen me use vehicles for the first time & I've got to say I like what they add to the game by giving you the player even more choice's to make, always a good thing in my book.
The scenario played out was dangerous delivery from the main rulebook with one side trying to get plot point's off the table & the other side trying to stop them, as the game ended with all the plot points still on the table this was a very big win for Rico's league.

Well that's all for this time, so as always my thanks for dropping in & if you'd care to leave a comment it would be welcomed.