It occurred to me a good while  back that Tricol seems to be lacking animal's & that as well as many other things is something I want to push on with now that I've move my hobby space. 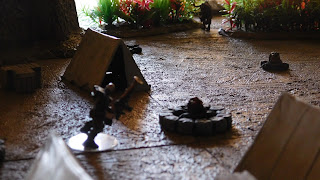 Oilskin keeping watch in the camp just as the dawn is starting to break, spots a Gluloop at the jungle edge. 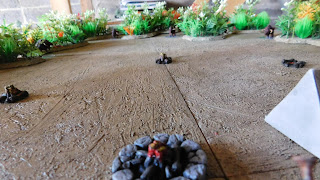 He's not on his own either as the day lightens but the small fires placed around the the campsite have done their job of keeping the beasts at bay. 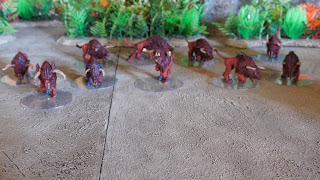 These are WHFB chaos hounds that I've had lying around for a long time & had even lost some of the parts, so I had to use things like beastmen horn's & spawn parts to make them. 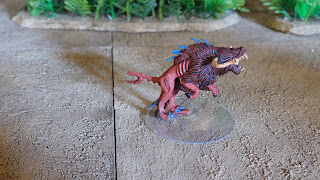 The Gluloop are fearsome beast that live in packs that can reach into the hundred's, but away from the den they are normally found in hunting pack's of between 5-10. 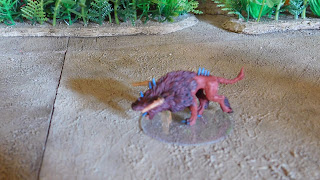 Gluloop's are different from most creatures in that when they mate both parties become pregnant given birth to between 2-6 offspring each, this help to keep their numbers high which is very important as in times of food shortage the Gluloop will turn cannibal eating the young & the weakest in the pack to make sure the pack survive's in hard times. 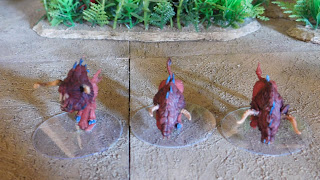 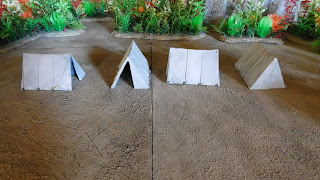 The four tent's I pick up awhile back, they come unpainted with two open & two closed. 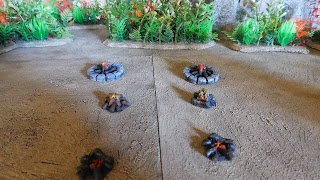 The fire's on the other hand did come painted & there's six in the pack. 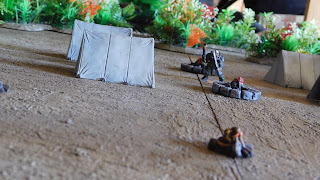 A view of the camp as seen by the Gluloop, well that's it from me as always my thanks for dropping in & if you'd care to comment it will be welcomed.
Posted by Frank O Donnell at 7/21/2016