With Brocon just off a week away it was time to have a look at the army to see what still need to be done, I'm a firm believer in it's ok to use models your working on in games at home or in the club but when it comes to a tournament your army should be the finished item.
Now to be honest I've been chipping away at the army all the time as most of you will know & I knew there wasn't much to finish off, but it best just to know what needs doing at this stage, I'd decided to put all apart from the original part of the army on to clear bases. 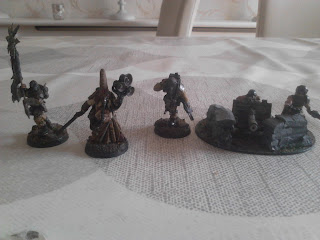 This army is such a mismatch at this stage that I think it feel more correct now then when I did it first, what I mean by that is that I think it was a bit to uniform for what it meant to be. 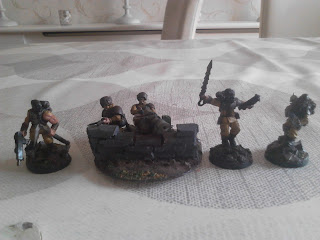 To try to make some sense of it all I decided that I used the older part of the army as the HQ's, elites, vets & weapons team, with what I think of as my loyal guard taking up the roll of the basic infantry. 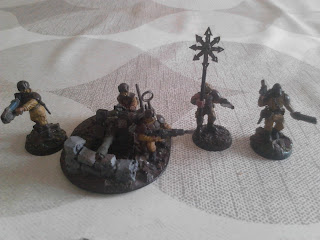 With beastmen & mutants taking up the other rolls it all help to take away the guard army look. 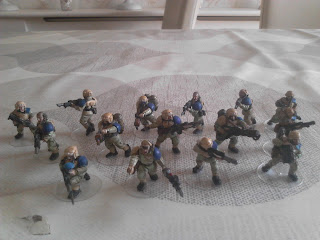 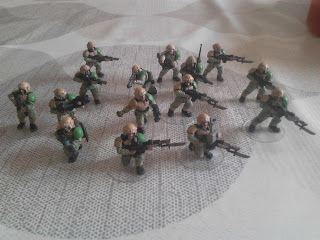 I'm finding the colour coding of the squads to be of a great help & I'll do something similar for the rest of the army so there will be no confusing about who's in what squad or leadership. 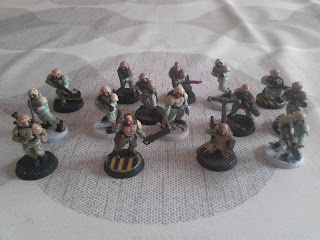 As you can see purple squad needs to be finished & rebased, but this has since been done & I'm working on what other stuff needs doing which to be honest is not a lot so I'm not under to much pressure. 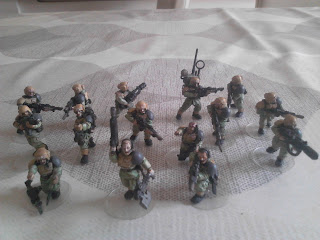 With it looking like 20+ 40K play while still down from the glory days it does look like 40K tournament is making a bit of a come back. 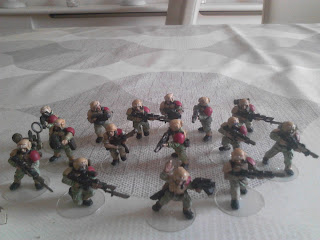 I would like to believe that tournament becoming FW friendly these days has something to do with the numbers starting to rise but that's more they likely wishful thinking on my behalf. 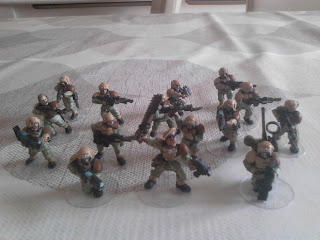 Either way if FW wasn't permitted I wouldn't be heading down as I've always been a big fan of FW & really can't understand why it took so long for people to except it. 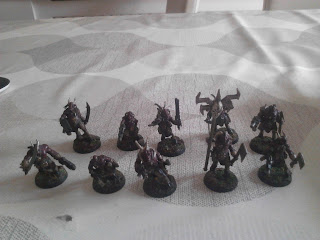 The beastmen are not on clear bases as they where done at the start of this army & there bases match what I think of as the renegade guard, but as I do use the beastmen in other things I might at some point change them. 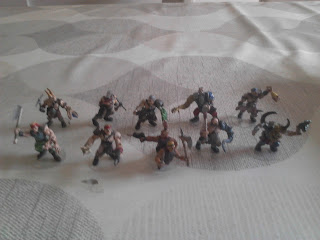 This army has been a long time in the making & is far from finished, but at least it's at a point where it at long last feels right & is the army that reminds me of the old eye of terror dex which if fitting with the wolfen now returned. 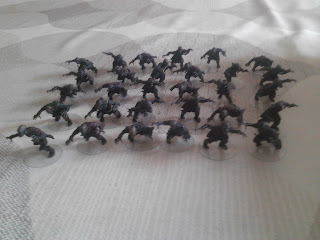 Zombie's & I don't even need to have Typhus, I know GW bless them tried to to had a little bit more of the over all chaos feel to the last CCSM but really imho they couldn't have got it much more wrong. 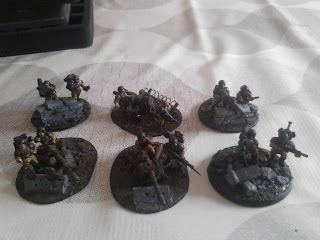 That's not to say that FW hit one out of the park with the updating of the Vrak's book compered to the IA's before they starting the HH this Vrak's book & IA 13 are a let down but half a loaf & all that. 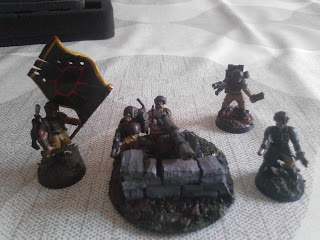 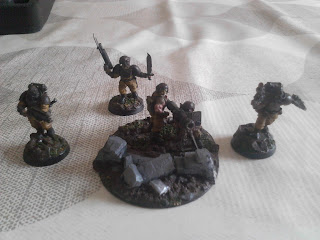 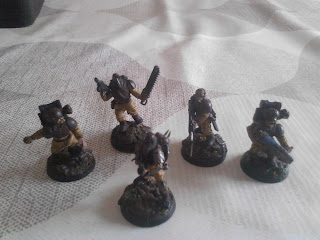 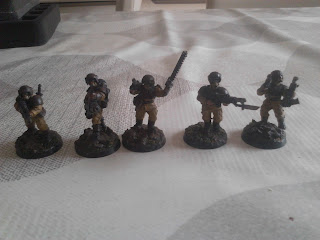 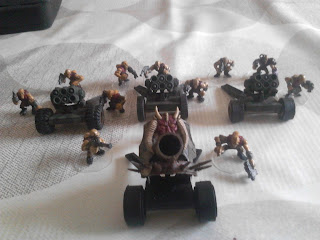 Well that's it for this post as always my thanks for dropping in & if you care to leave a comment it will be welcomed.
Posted by Frank O Donnell at 7/01/2016