Its said that ork's are a fungus that if left unchecked will just multiply oops, now I knew after the last post that I still had a squig & I'm sure there's another snotling hiding out somewhere but I did believe that all of the orks where done. 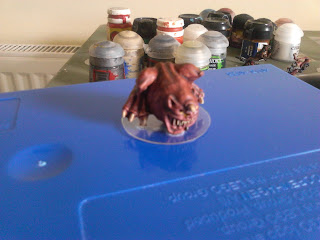 So you can imagine my surprise when going through the bits box I find yet another ork, now as this model was the same as one I done already I decided I do something different with him, in fact something weird :-) 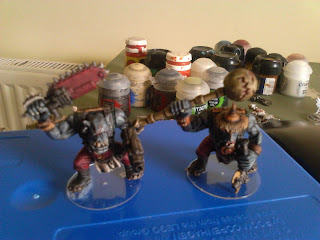 The model on the left is from the group I'd already done & is how the new one should have looked, but I wasn't having any of that so I decided I make a weirdboy instead, to be honest I've no idea for what an ork weirdboy should look like & I would guess it's nothing like what I came up with but isn't that the joy of doing your own ? 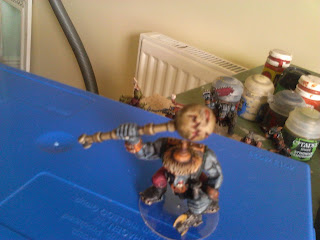 A dig around the bits box for a few bits to make him look a bit different, I think it a goblins head a beastmans arm, I don't know who or what model the gun is from & want for having him holding it under his hand instead of the normal way, & to finish things off I wanted to give him a spectacular looking what I've come to think of as a boomboom stick. 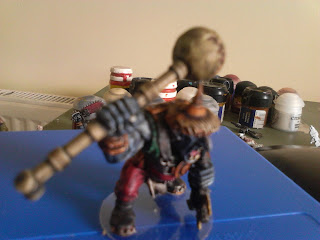 My open to this post was of coarse just me having a bit of fun, as thankfully we live in an age of enlightenment & know that such nonsense about orks just multiplying is just that nonsence, well isn't it ? 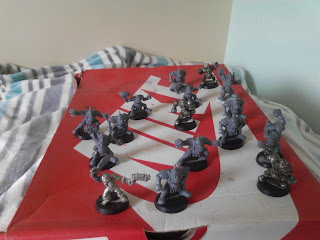 Now a part from orks I've been trying to get some other models painted, some like the little fellow below who a few years back I wouldn't have even dreamed of painting, funny how things change over time. 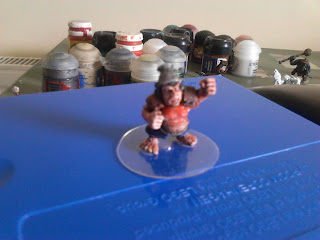 Continuing along these lines I also another model that well lets just say wouldn't have been my normal choice, but I must say not having to paint whole armies is giving me great freedom & I'm finding painting all of these different types of models to be good fun. 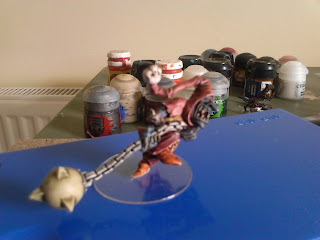 I've been getting a lot of models painted over the last couple of months & as I don't buy many these days I hope to put a good hole in the back log, but having said that I did pick up the Deathwatch game so that more models to the list, but unless something else like it comes a long I don't see to many more been added. 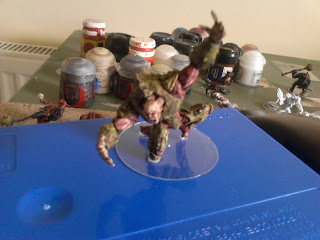 The model above & below are from deadzone, I'd like to get them done up a long with my bloodbowl models which the big group of orks above are from, so you should be seen more of these over the coming posts. 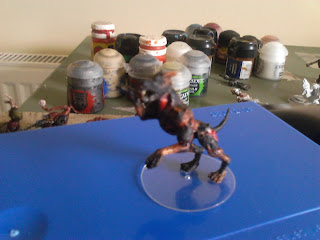 So all that's left now is for me to thank you all for dropping in & if you'd care to leave a comment it would be welcome.
Posted by Frank O Donnell at 3/11/2016