I done some orks

I always said that if I ever painted any orks that they would be blue skinned not green, why you ask ? well to be honest apart from always wanting my models to look different then other players I can't really think of a reason other then it just a me kind of thing. 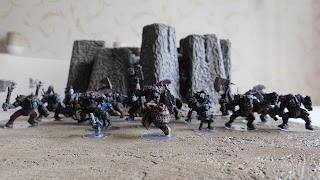 Now when I say paint it in the looses term as most of the work is done with washes, but that been said I'm more then happy with the final result, I had as a per runner to this painted a couple of grots that are in the picture above & where in a post a while back, I think it was call hobby blues or some such. 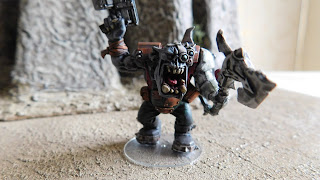 So how did I find painting ork's ? well to be honest a lot of fun, now don't get me wrong I'm not going to be doing an army of them any time soon as painting 200+ ork's is something I would not find fun, but it's nice to have a little band of them none the less. 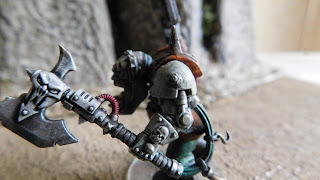 I just might how ever add to this little lot at some point down the road with say a killercan & maybe an orkyfied rhino, although I do like the battle wagon as a model so we'll see, also I've a great liking for grots so there will defiantly be more grots. 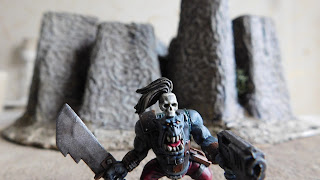 From a painting point of view I keep things simple enough with the same few colours used on all of the models with just the odd one having an extra colour, which was the terminator arm on the warboss & yellow on a few of the boys. 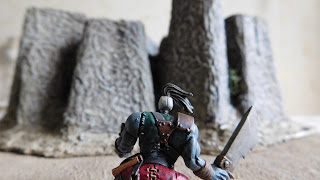 I think these days I would be in what GW thinks of as 80% of there customers & in I collect their & paint their models but don't play the game, however for the first time in a long time I did play a game of 40K yesterday but more on that in another post I hope. 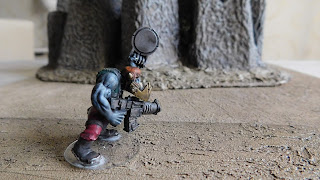 As you would expect from GW models there is a lot of detail on them even if some of them are I think from one of the starter sets, so what's your plan for these lads now that you've got them painted I hear you ask ? 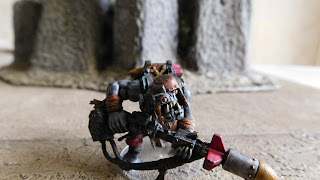 Well they'll become part of Tricol & been ork's I'm sure they'll give us some interesting days, I'm all so looking at doing a mix of RPG tabletop gaming so as NPC's the ork's would coming in handy & even if not it's just nice to have a few. 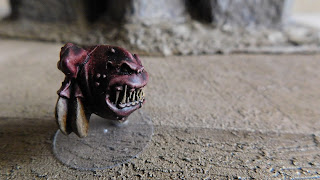 I know you've seen this fellow before as he's been in many a game of PA but I just love the squig as a model & to much blue might have been bad for you, the size of the warband by the way is 1 nob, 13 boys, 1 grot, 2 snotlins & 1 squig. 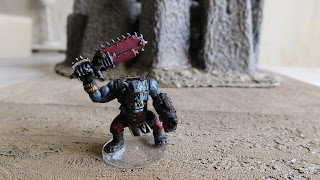 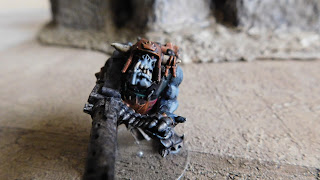 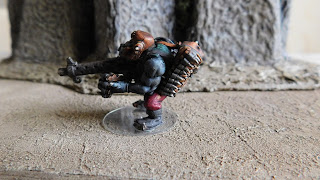 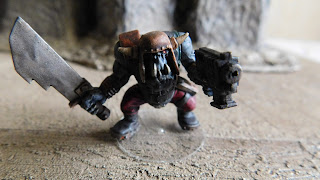 Well that's it for this post I hope you enjoy my little warband, so all that's left for me to do is to thank you for dropping in & if you feel like leaving a comment below (even if it to tell me that ork's should be green) it will be welcome
Posted by Frank O Donnell at 3/06/2016