If you new to this site welcome & our story starts here, varihttp://ifitwasntforone.blogspot.ie/2015/05/tricol-first-contact.htmlous & if your not new welcome back
By various  means the interested parties had learned that the package for Tech-priest Darrow had been sent from the seaport town of San-ta, word on the street has it that Darrow had put out from this very same port on board a ship named the Lady Ann captain by the old sea hand Captain Quayle. 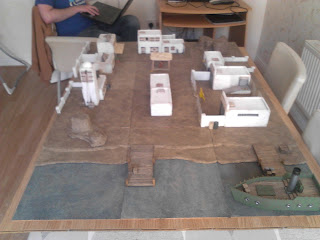 Several weeks later Quayle & 2 survivors, 1 a crew hand & the other a member of Darrow's party where picked up at sea in a life boat, all 3 where in bad shape & were brought to a near by hospital in which the other 2 died in a very mysterious way, fearing for his own life Quayle escaped from the hospital, now half mad & with a drink & drugs problem he wonders the bars & clubs of San-ta.

Panama Jack & the crew it seemed where not the only one's searching for Captain & with the sun setting on San-ta the search was only going to get harder all the sailors moving about from bar to bar. 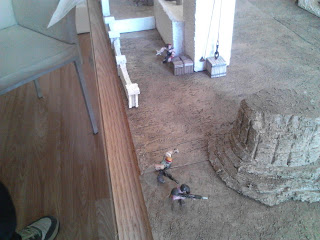 It seemed that every bar they got to Quayle had just left a short time before & that others had been in asking about him as well, this is hopeless Jack said Lucinda, be that as it may replied Jack he's our only lead to Darrow right now we must try to find him first. 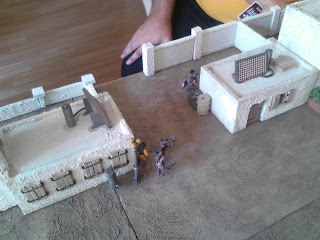 No sooner had he said that then shots could be hared ringing out from some place near by, this might or might not have anything to do with the old sailor but Jack was will to give odd's that it had. 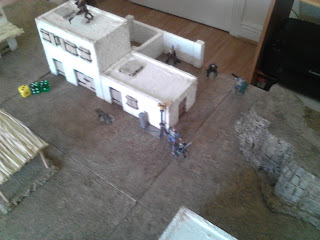 Unknown to Jack it was the Bash Street gang & the Severed Head lot that where exchanging  fire, as they both tried to get to a sailor who had gone into a storage compound to answer the call of nature. 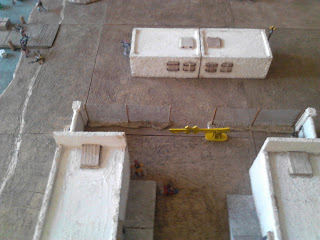 Added to this was also the fact that Tuco the bounty hunter & a band of mutant's where also out looking the old sea hand, made this a very dangerous night to be on the streets of San-ta. 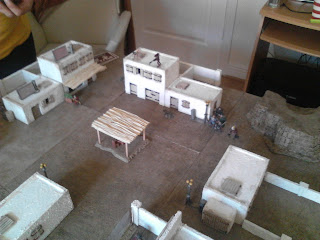 It was long before there was gun fire & brawls all over the town, as anyone in the streets that even looked like he might be a sailor was been fought over. 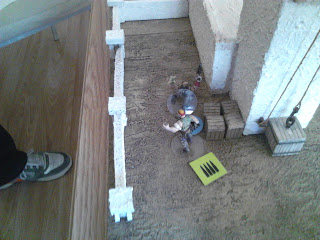 In the mist of all this mayhem Adele Blanc-Sec approaches a sailor on one of the peir's, could she have found him at last ? 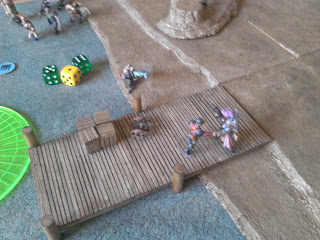 No sooner does she get to him when she's involved in a gun fight with Shade's of the Bash Street gang. 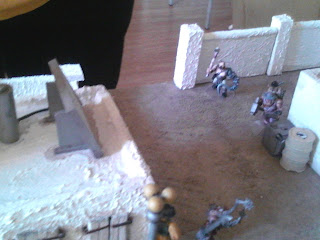 Mean while Tuco & bane round a corner to spot a sailor who is drawing the attention of an arco-flagellant, pulling out his shotgun Tuco opens fire only to hear the a faint click, dame I've not loaded it he thinks to himself. 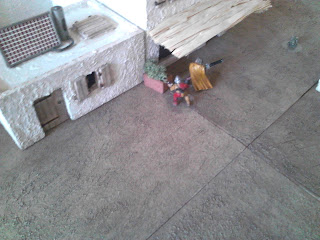 Felix spots a sailor watering some plants & goes to have a word with him, but he so drunk that Felix can't make head or tail of what he's saying. 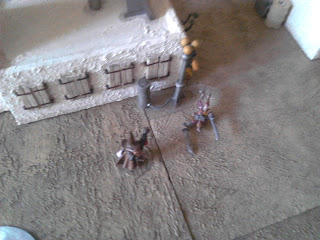 The unknown gets the drop on Maggie but  X4Y manages to dodge clear of his burst of fire. 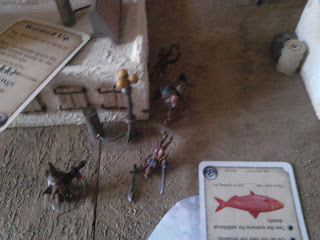 Given Tuco the change to have a word with the sailor, but it turns out it's not Quayle. 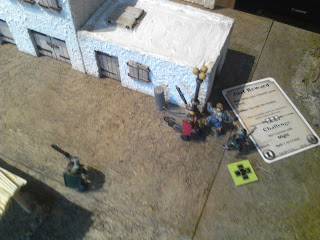 Jack is not fairing much better as the sailor he's talking to becomes very aggressive. 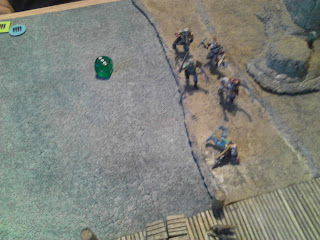 A gang of mutant's head for the pier with Shades laid low. 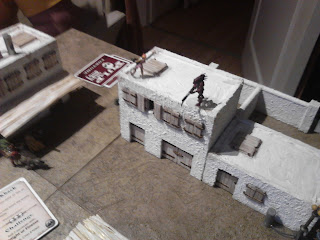 The local that Jack had hired to help him in the search try's to scale down from a rooftop. 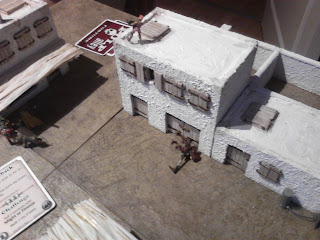 Not an easy thing to do with a 6 foot rifle in your arms, & now in Monty Python fashion time for something completely different. 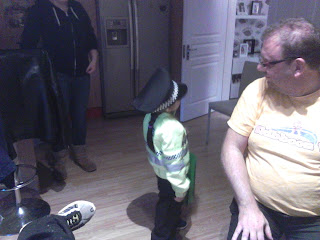 As the Doc gets quizzed by the local law enforcer lol, right back to the story. 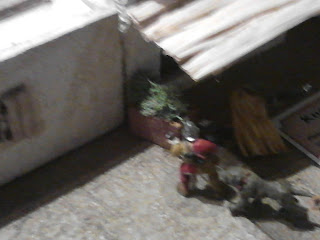 Mr Smith comes for a sniff around & doesn't seem to impressed with what he smells, what does my master want with these men he thinks. 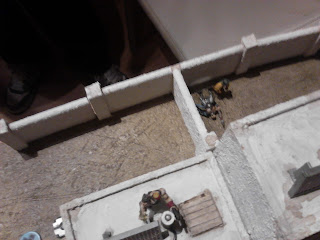 Bane tracks down yet another sailor but before he can open his mouth the sailor put him down with a right hook to the jaw. 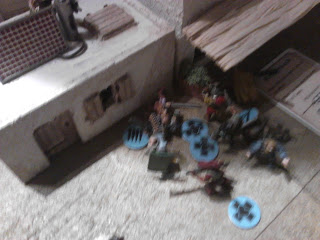 late into the night & Quayle still hasn't been found, with the interested parties bawling like stag's in the mating season. 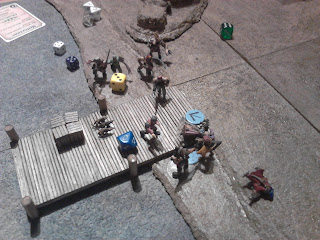 Slick & some of his gang bushwhack Aedel & although she fights the good fight she is out numbered & knock to the ground, turning to the sailor Slick recognises him, got you al last he says we been most of the night looking for you you old bum now come along with me there's some questions you need to answer.

But before he can step off the pier, a load crack is heard & the old captain slumps to the ground, as Slick bends over him he knows there's not point in trying to get him back to his feet, who ever pull the trigger on this shot had been a pro & had put the slug right into Quayle's heart.

With his last breath Quayle lifts his head from the ground & whispers something into Slick's ear.

Designers note, this was our biggest game of Pulp Alley yet with 4 leagues involved, with Paddy playing Jack's crew, the Doc on the hunt with Tuco & the mutants, the infamous Bash Street gang in the hands of Ralph & Adele & the rest from the Severed Head been used by your's truly.

The game as ever was great fun to play & finished with 4vp's to the Bash Street Gang, 1vp for Jack & the crew, while Aedel's & Tuco's mobs ended up with nothing to show for their hard nights work, other then cuts & bruise's.

So well done to Ralph, a big thanks to all the players & as always my thanks to you for dropping in, next stop the perilous island.