As I go about building Tricol I also need to have some ordinary folk who live out their lives while our hero's are battling it out, whether to be just bystander, plot points or where ever they'll add in my opinion a little something to the set up. 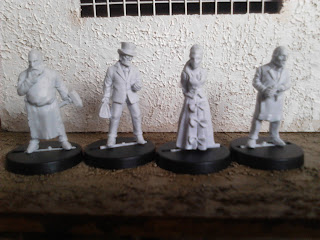 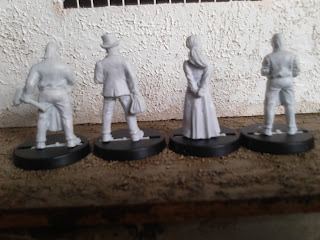 I first came across Black Scorpion when I was playing INQ28 & was looking for stuff a bit different with the model below one that I really wanted to pick up, but for whatever reason I didn't until now that is. 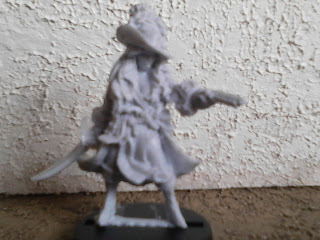 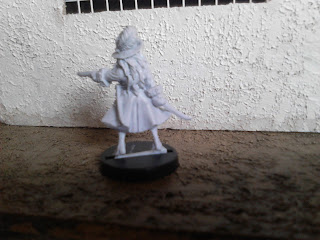 Esmerelda ll looked right to fit into things & while she didn't make INQ28 she'll fit in nicely in Tricol I'm sure, now this the first time I've bought models from Black Scorpion, but I've got to say I'm very happy with the quality, their 32mm but fit right in with GW's 28mm more or less. 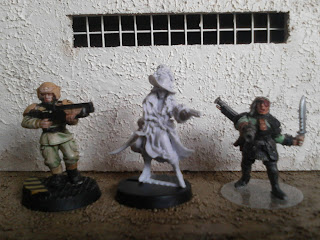 The casts are very good with plenty of detail on the models, & the price's are also good with the couple of individual models 4 GB pounds each & the groups of 4 like in the photo above 8 GB pounds for the 4 of them. 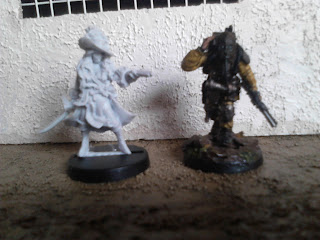 Yes their one piece models but when your only using one of each as with the FW model in the picture above it's not a problem & like FW the models are resin. 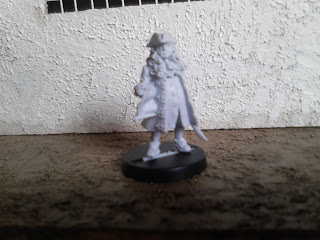 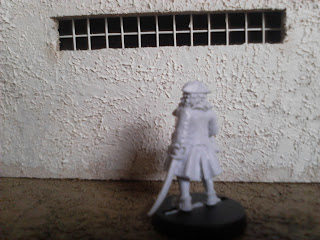 The 3 character models Esmerelda ll, the Governor ( don't worry Wil he won't be trying to take over sector 6 ) & his Daughter are all from the Pirate range. 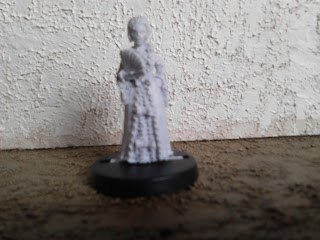 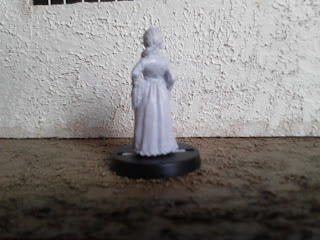 While the civilians above in the first pictures & below are from the Tombstone range. 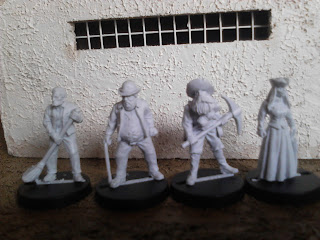 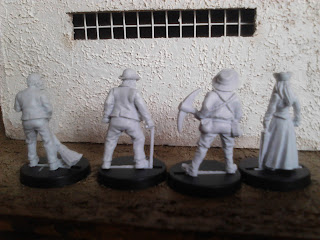 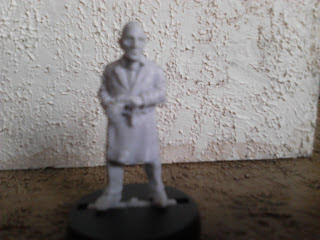 One of these models seems to be a barman, I wonder what I should call him ? 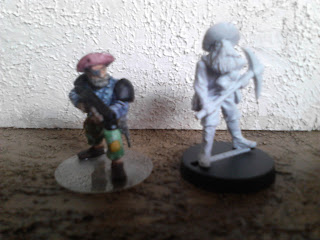 Looks like Mad Wille might have a twin, also in the box was a nice little bonus. 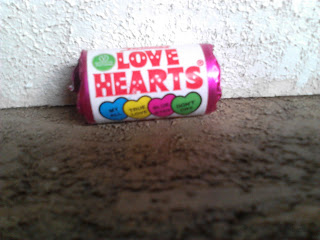 Freedom to do what I like brings me to this little guy that I've just painted up, what he is or where he's from I've no idea. 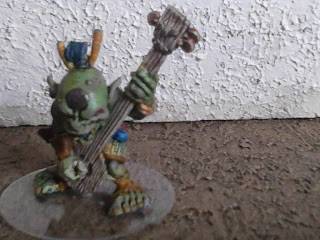 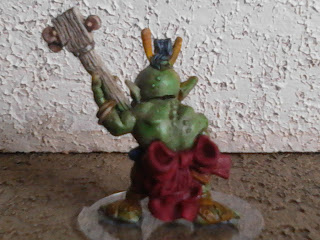 I could see this guy busking on a street corner or playing in a band in a club or bar.
Well that's it for me but before I go I think a well earned treat is in order. 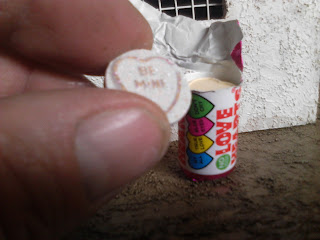 Anyone that knows me really well will know how hard it would have been for me to wait till I took some pictures before tucking into the sweets lol, as always my thanks for dropping in.
Posted by Frank O Donnell at 11/09/2015