I'm at least the 3rd person to own this model but the first of the 3 to paint it, I first seen it in the shop in a very sorry state indeed & keep meaning to ask Martin what the story was with it, in the end the Doc beat me to it & became it's new owner. 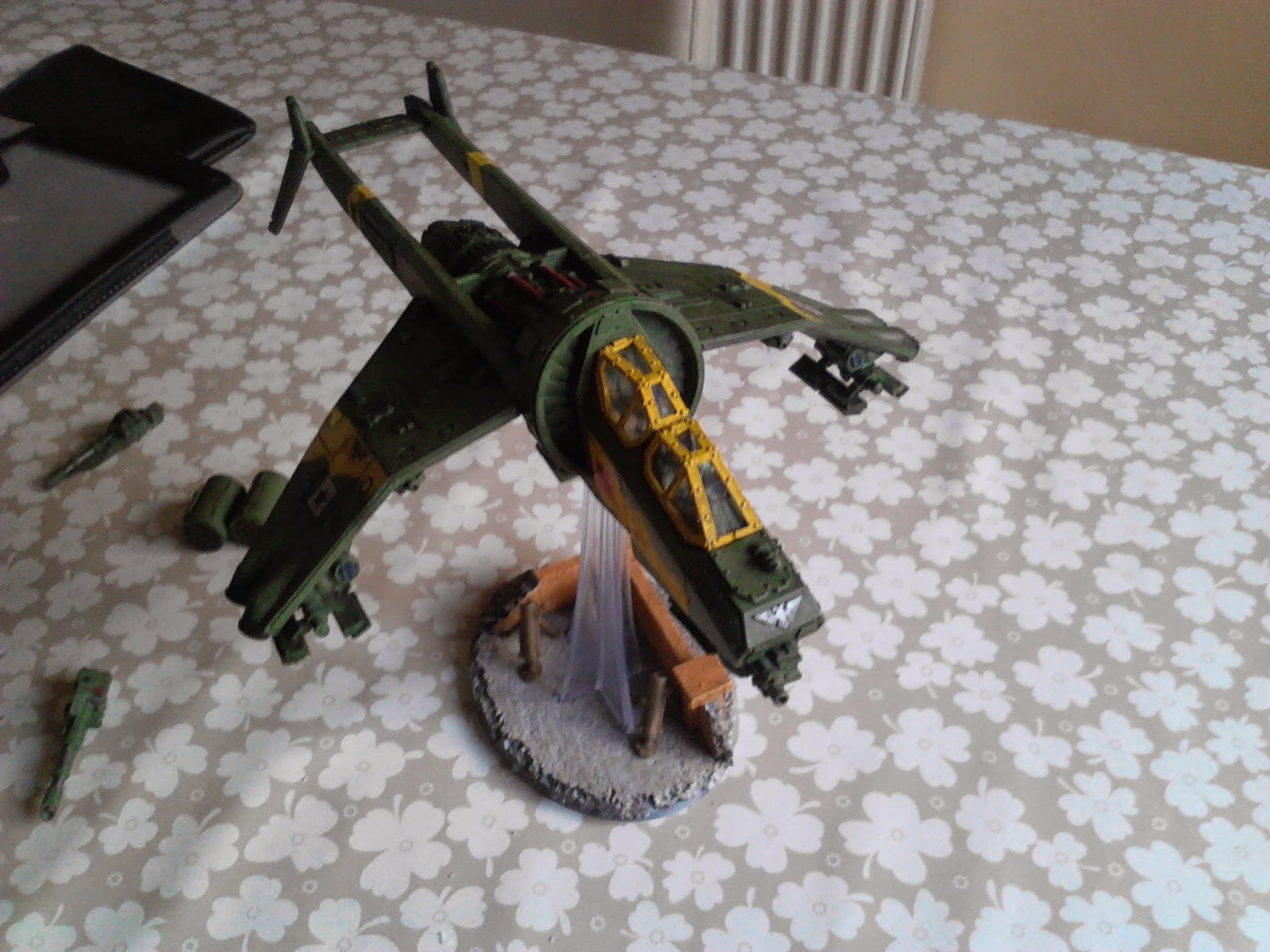 Now in fairness to the Doc he carried out some repair work on it, but he only want it to use as a vendetta as at the time he was using a small allied guard force, he'd even gone as far as getting some twin-linked lascannons from FW for it & based coated it black. 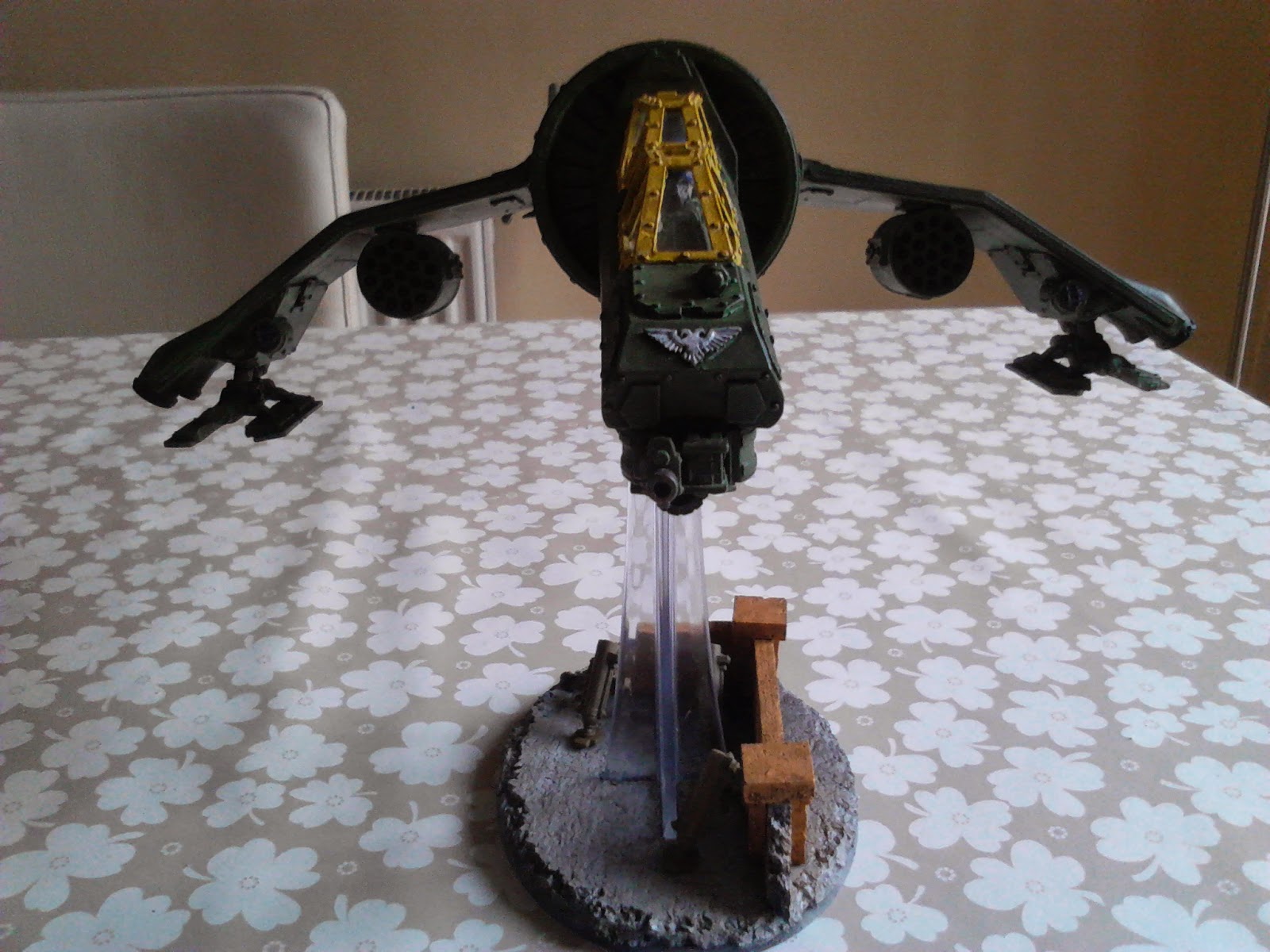 But good luck was to come my way some changes in the rules & a new IG dex, this put a spanner in the Doc works as he couldn't use his IG like he once had & decided to flog them, so I agreed to buy the vulture from him but of course been me I end up buying the lot LOL. 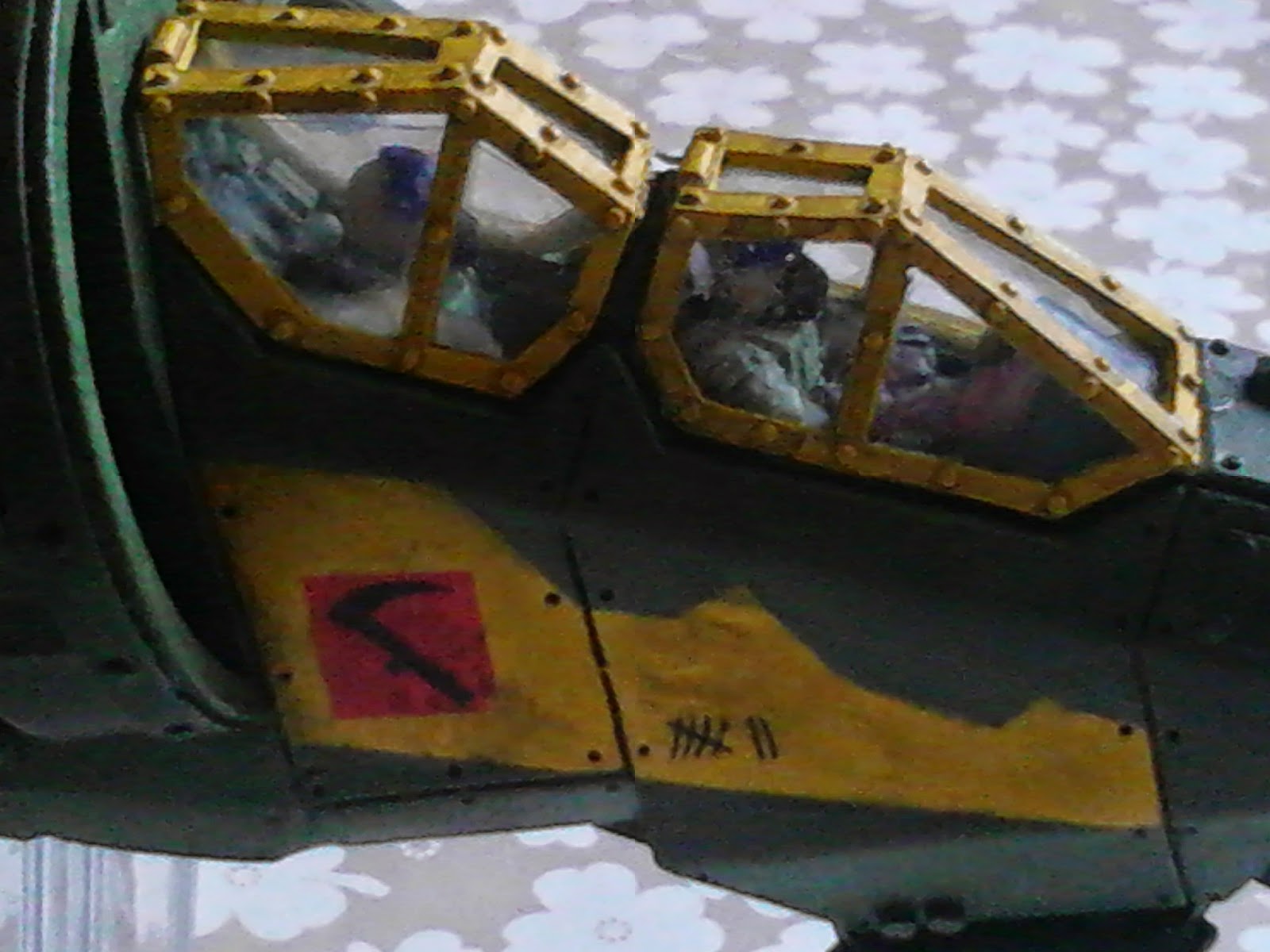 So when I got it home I went about stripping off all the twin-linked lascannons & doing other bit & pieces, to bring it back to what it was meant to be & get it ready for painting. 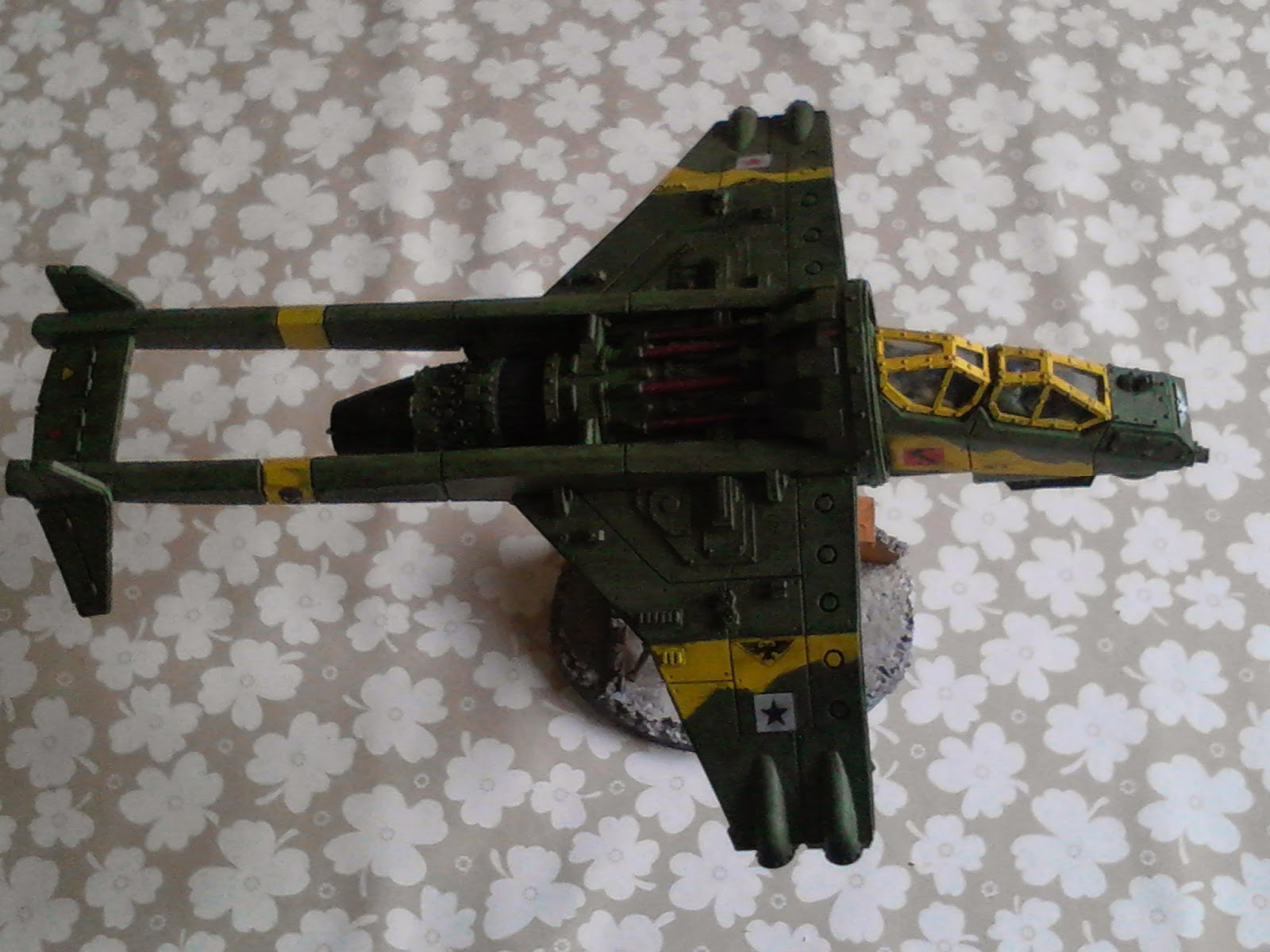 There was a little bag with it that had a few of the bits belonging to the model, but sadly one of the two little like under wings that help balance the model when it not on it's flight stand was missing, so a root in the bits box & I found something I could use that would look like a part of the landing gear. 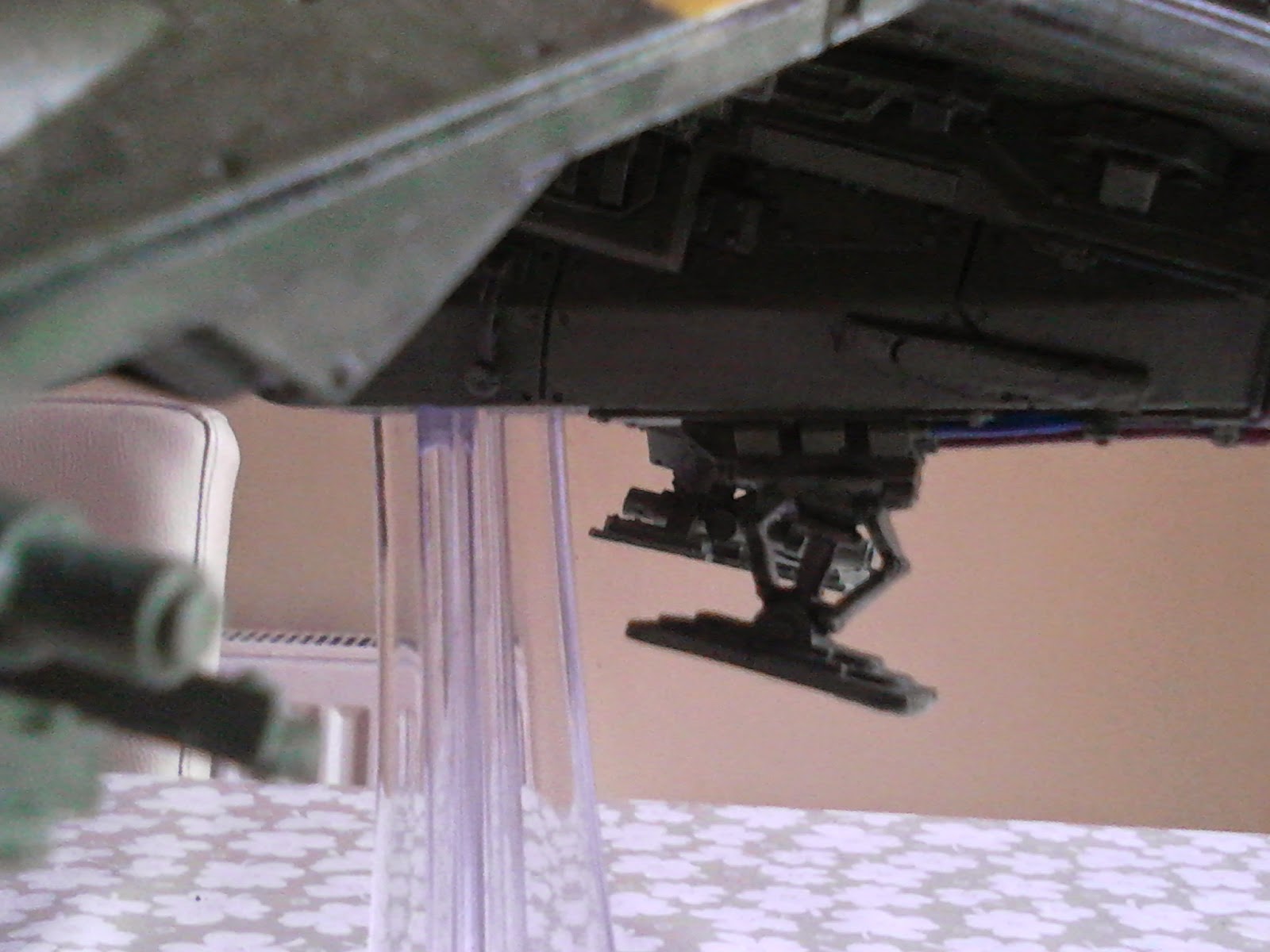 While I was at it I also magnetised the weapon points of the wings & some different weapons so as I could swap them about, I din't have the punisher cannons so I just made do with some assault cannons  instead. 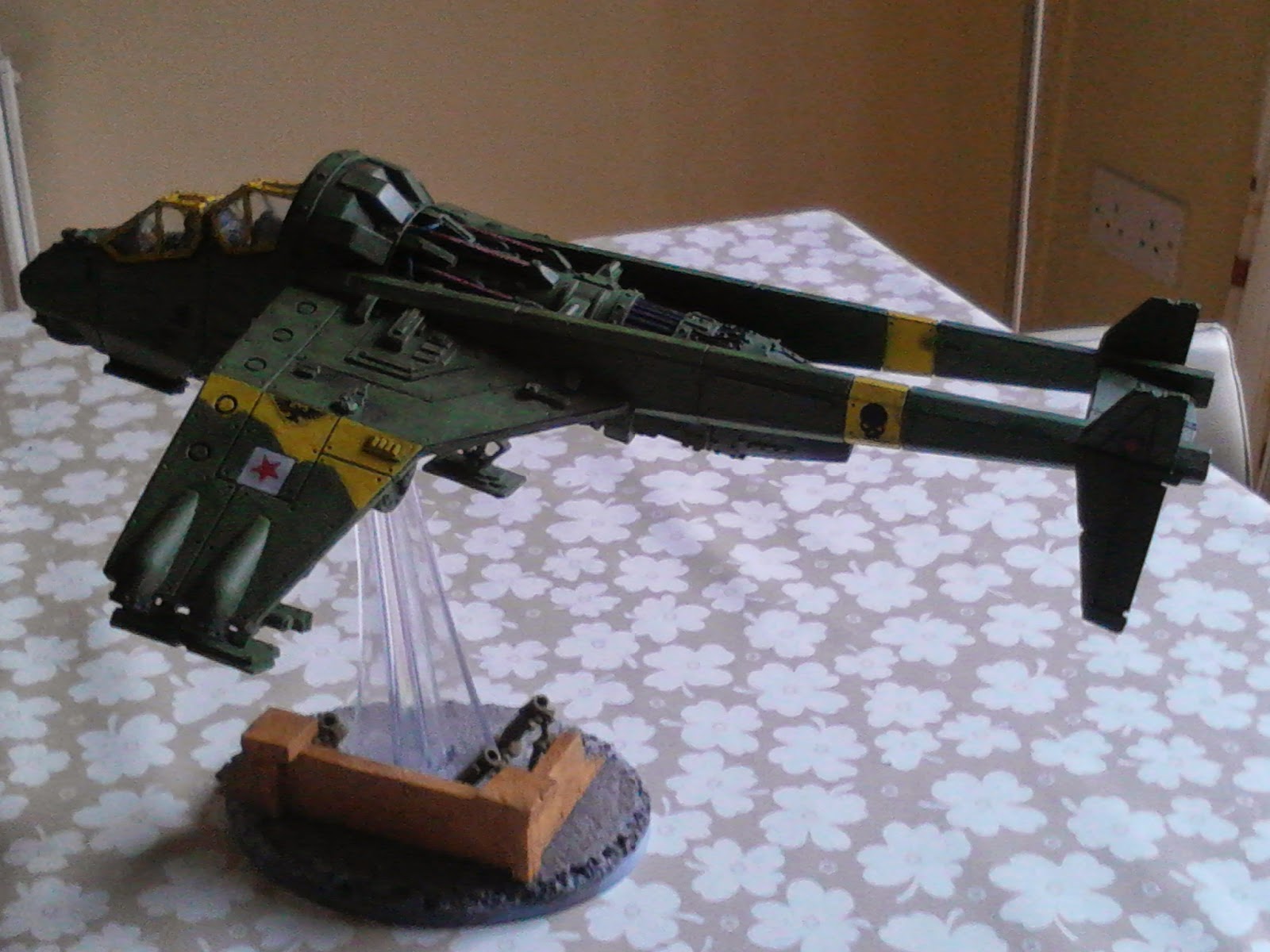 Now all I need to do was come up with the colours for it, in the end I went with yellow & green & am more then happy with the result, I used the same little design on the cockpit & wings that would be yellow, picked out to little panels  nearer the tail as well as the cockpit canopy's. 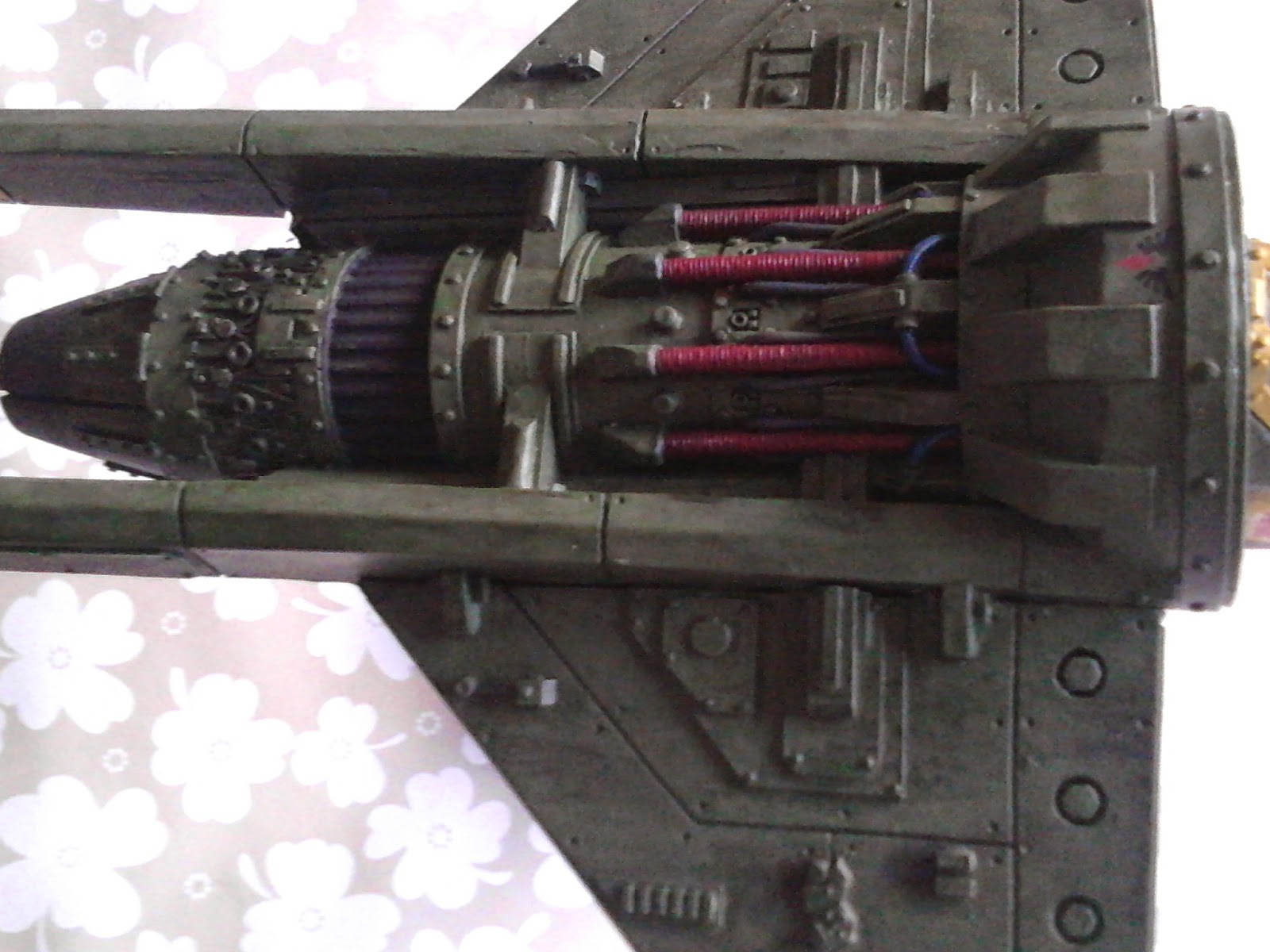 I'v two valk's   to do when ever I get around to them & will paint them the same way, well at least that's another model done, with a long with the hellhammer  addes some more fire power to my guards & that brings us to the end of the post, so as ever my thanks for dropping in. 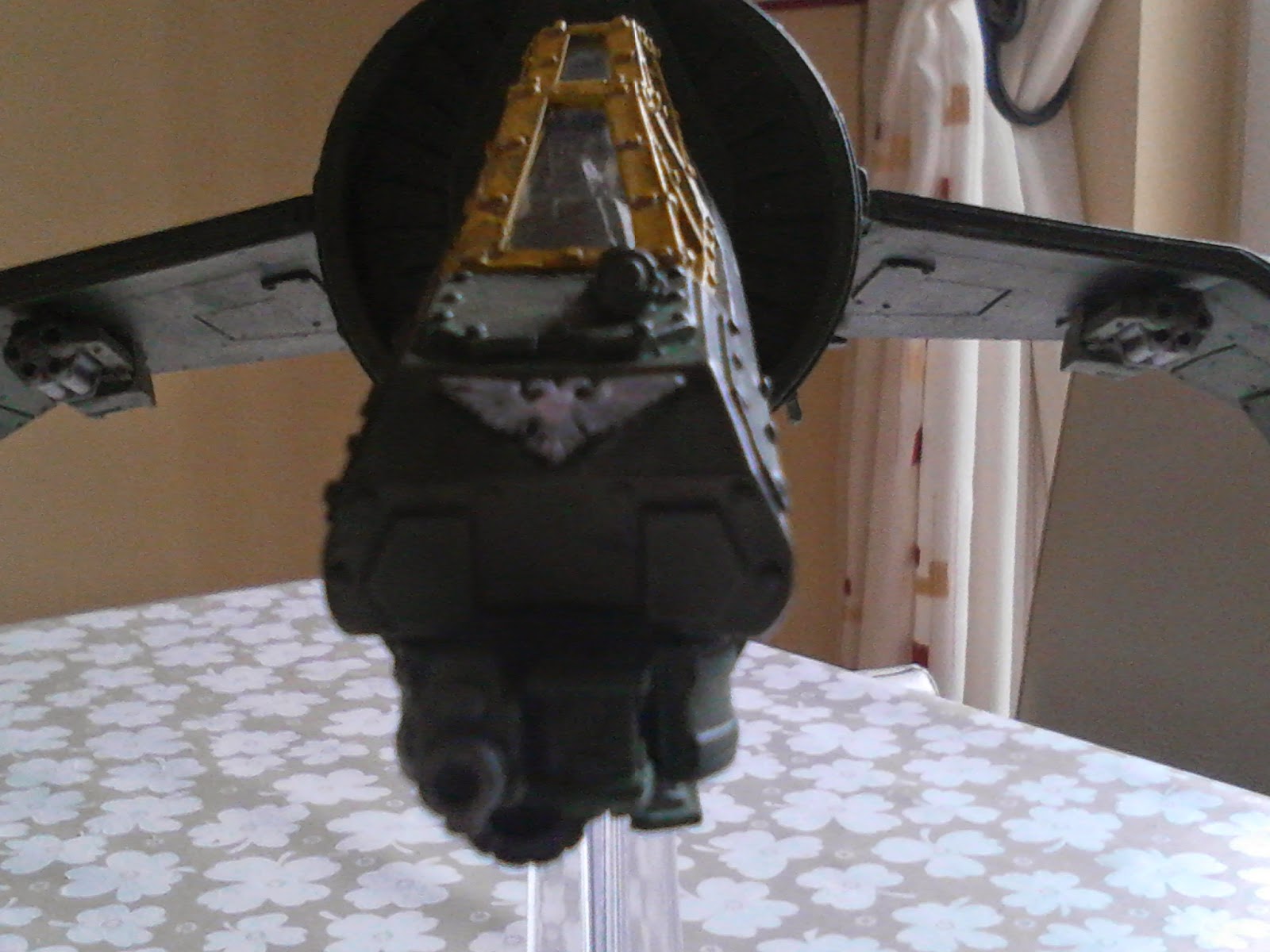 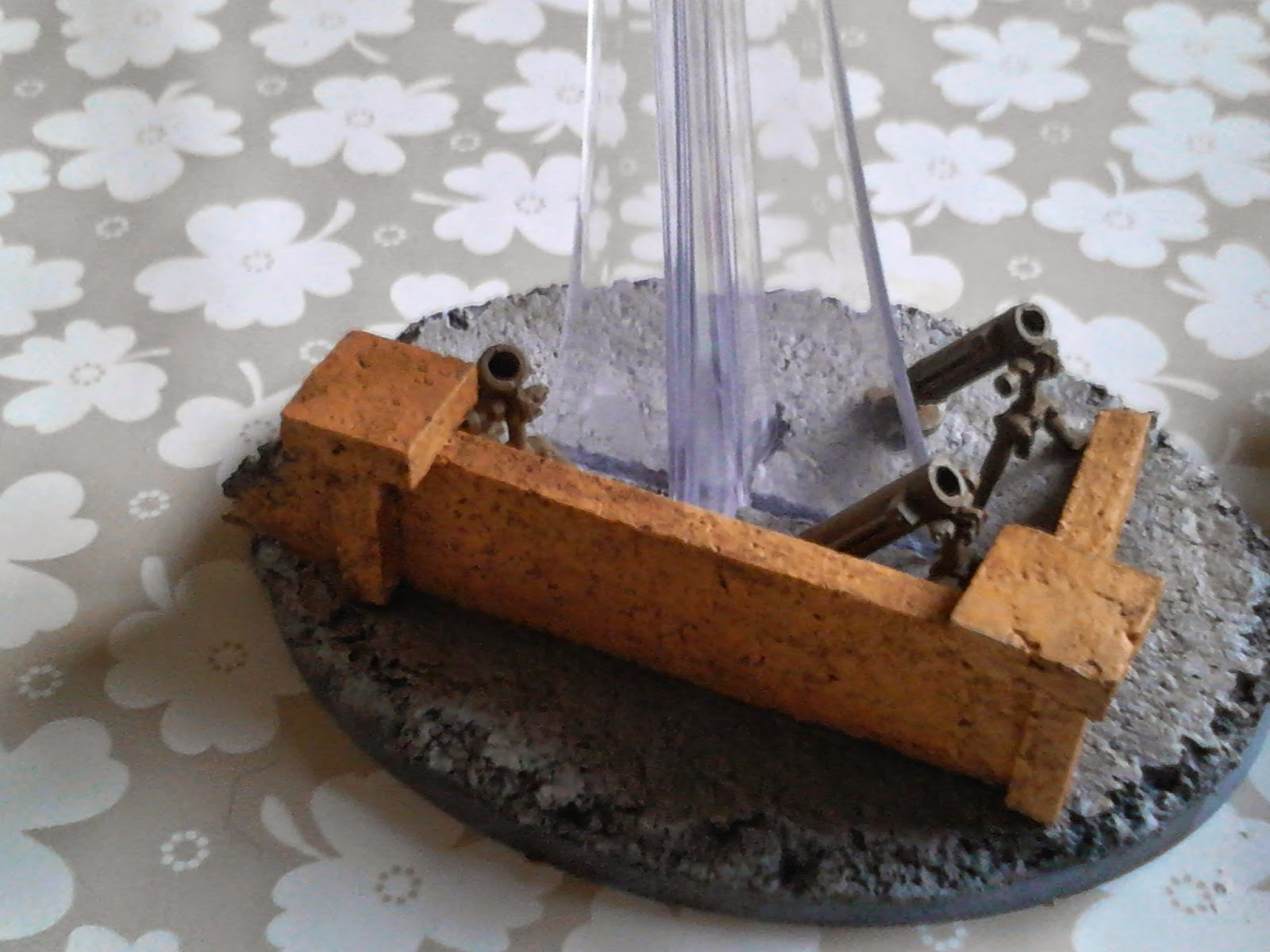 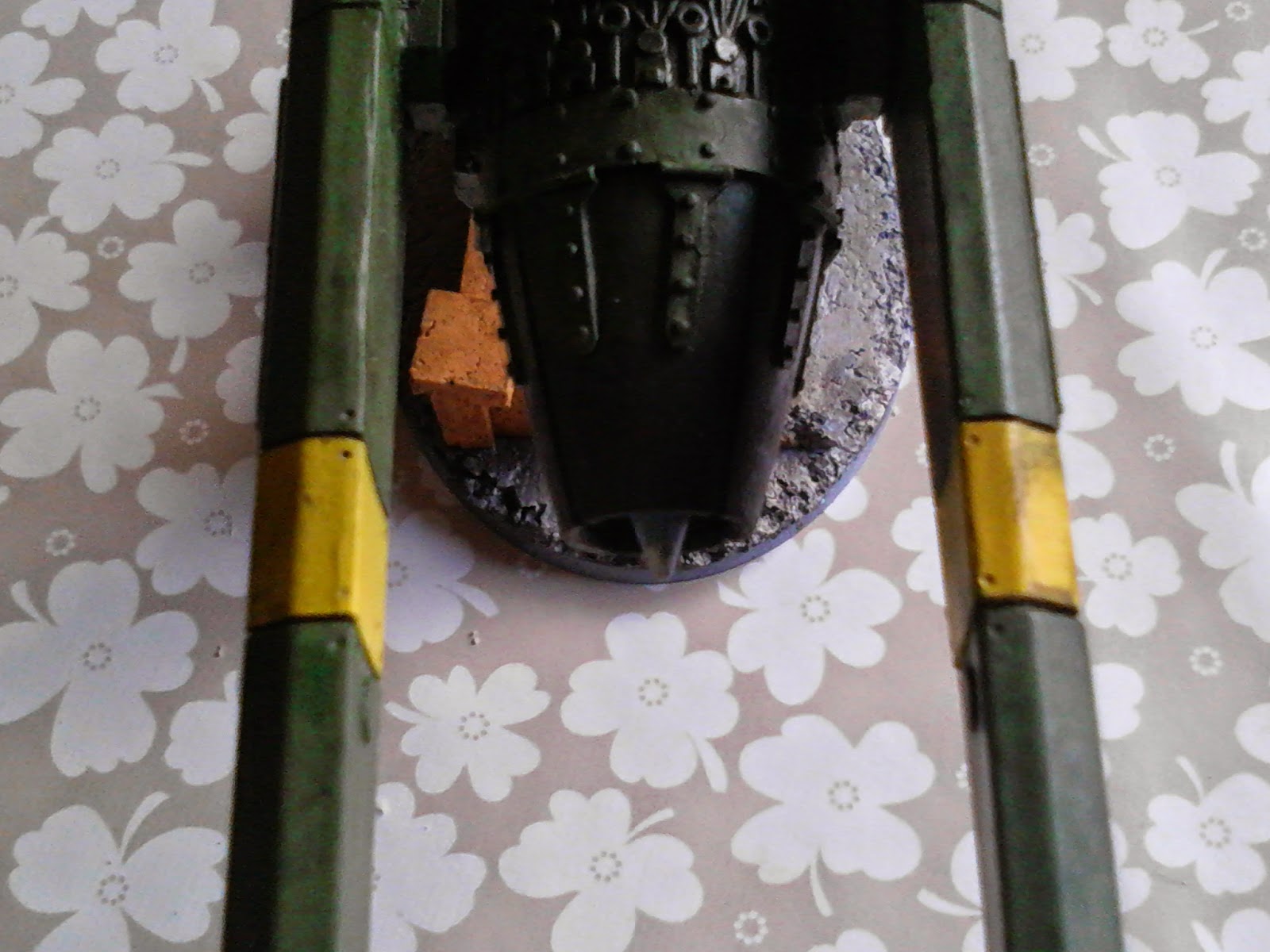 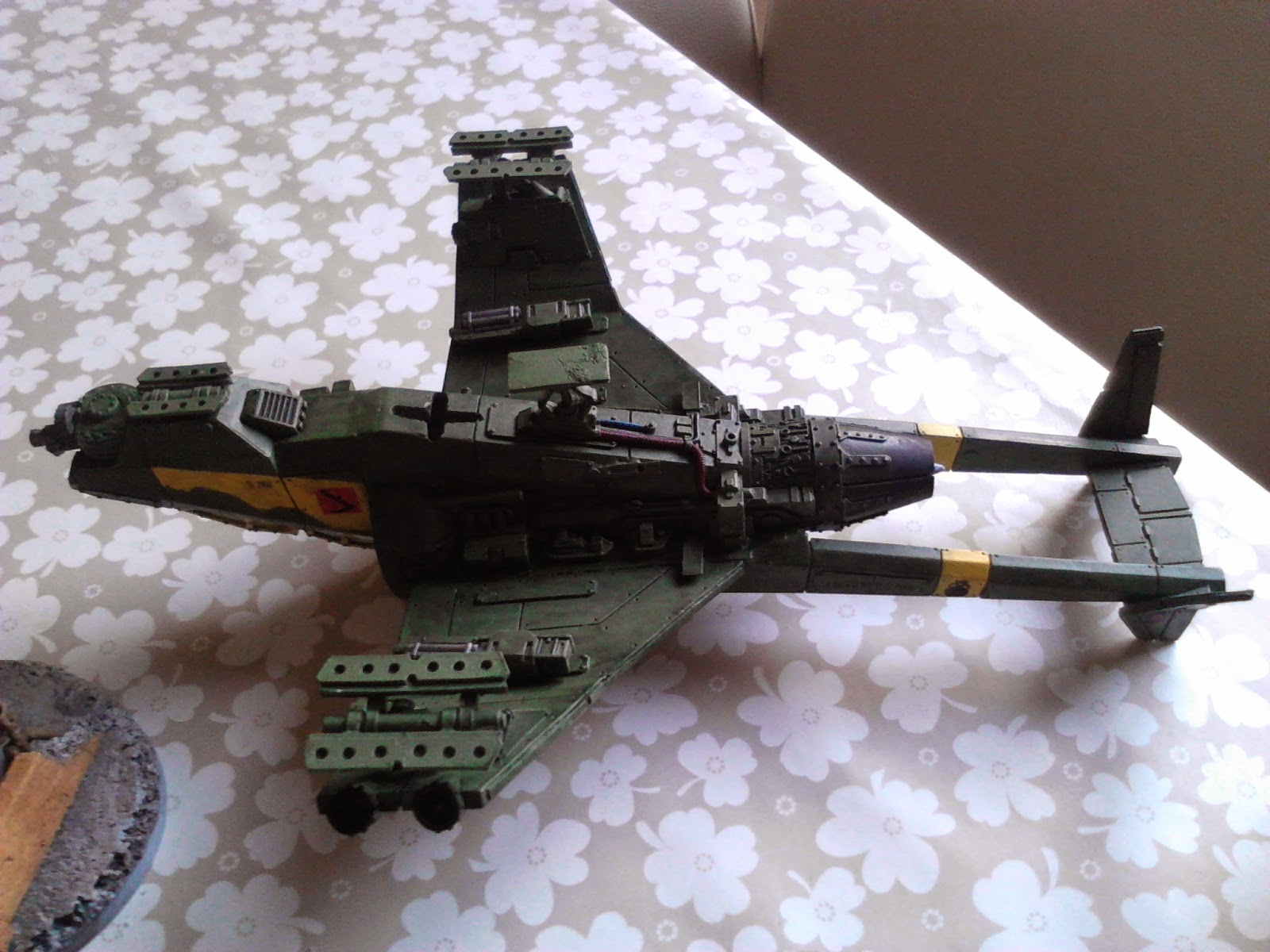 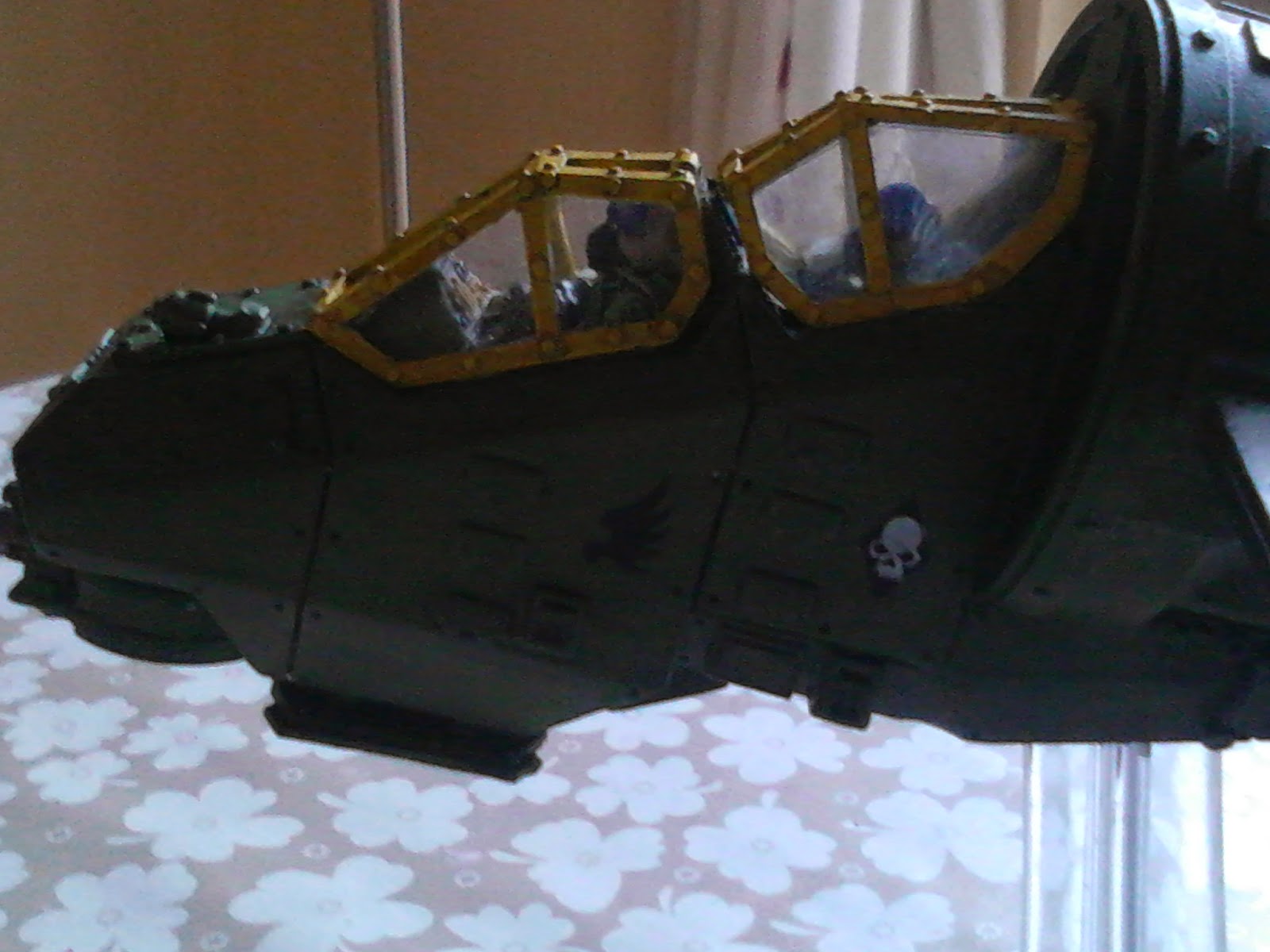