40k Clash of the Titans

Doc & myself got a game in the other night that we been wanting to get in for a long time & with codex Khorne  after dropping well now was as good time & any, plus the Doc had come up with a nice little build up.

Now not been the Khorne player I once was or even chaos for that matter (thanks Phil Kelly) I decided I'd borrow some Khorne daemons from my son-inlaw Ralph, but ended up building the army out of the models I had anyway, still I could summing some of his. 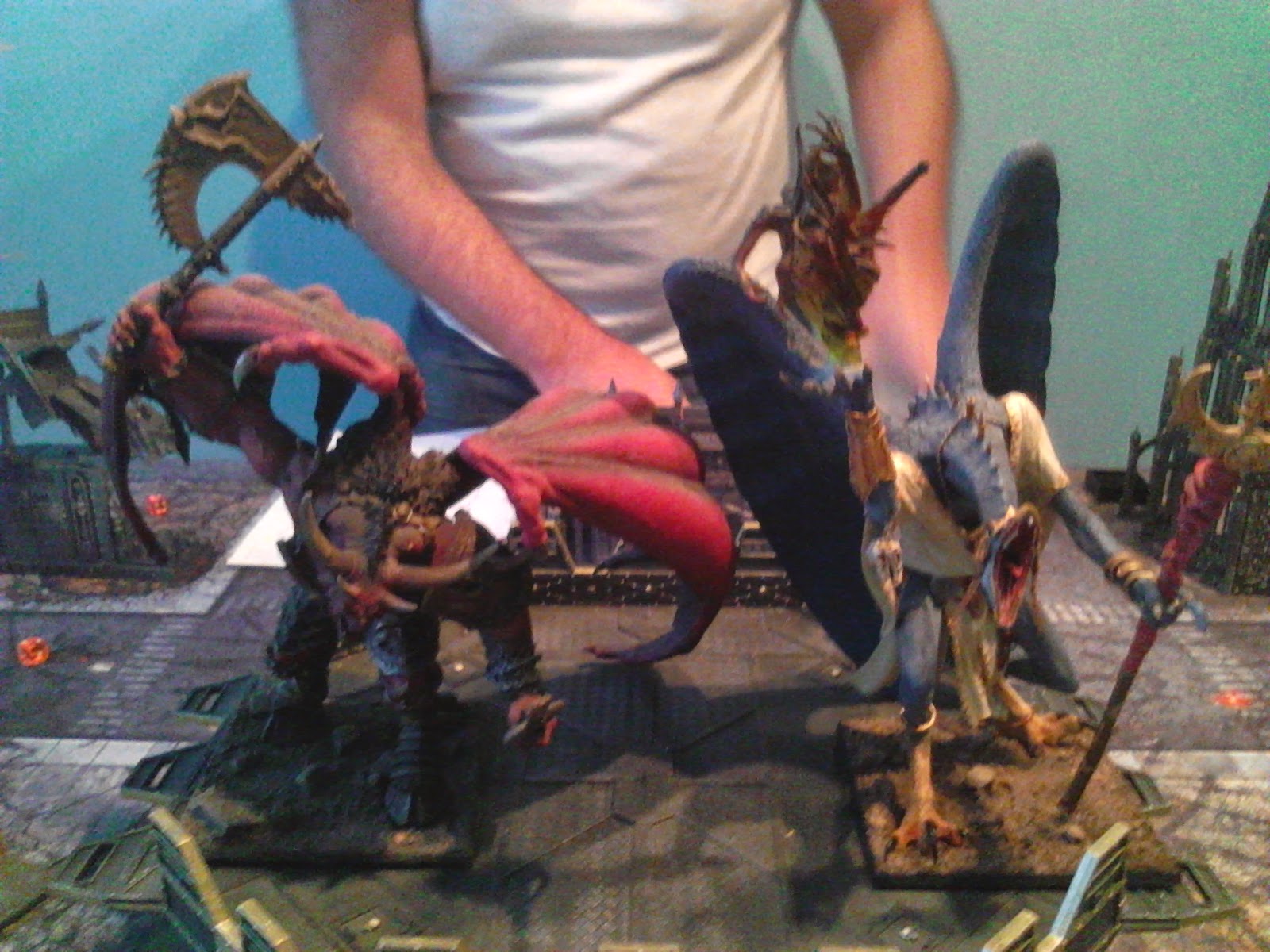 Over the years the Doc & myself have been involved in some classic game both in 40k & apoc, the most resent been the prison break so hopefully is would be another to add to that list. 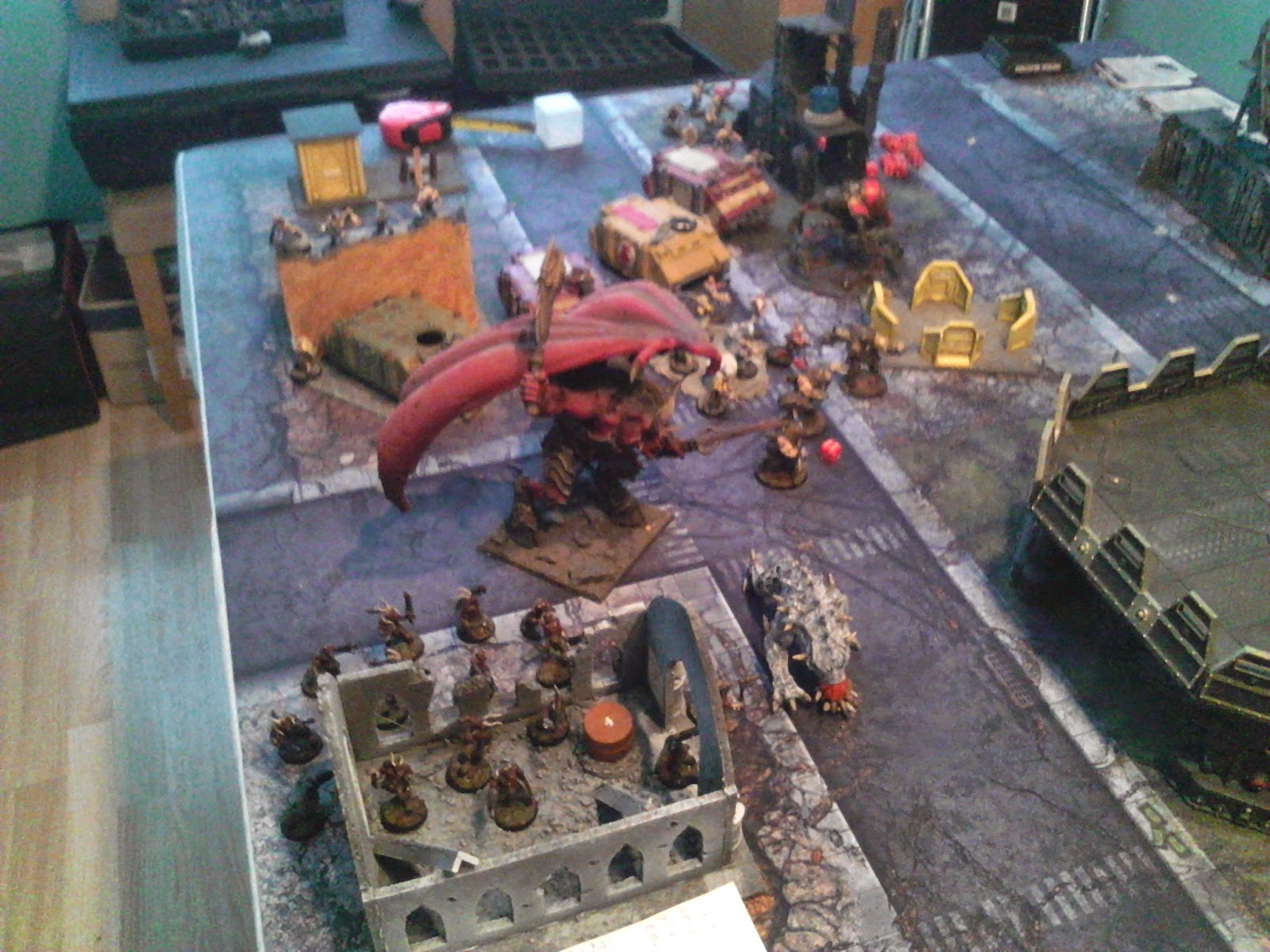 The omens for this did not start out well as when I was taking Ralph's models out of the car, the case that had no clips opened spilling Ralph's models all over the Doc's drive way & with some of these been metal well you can guess the rest. 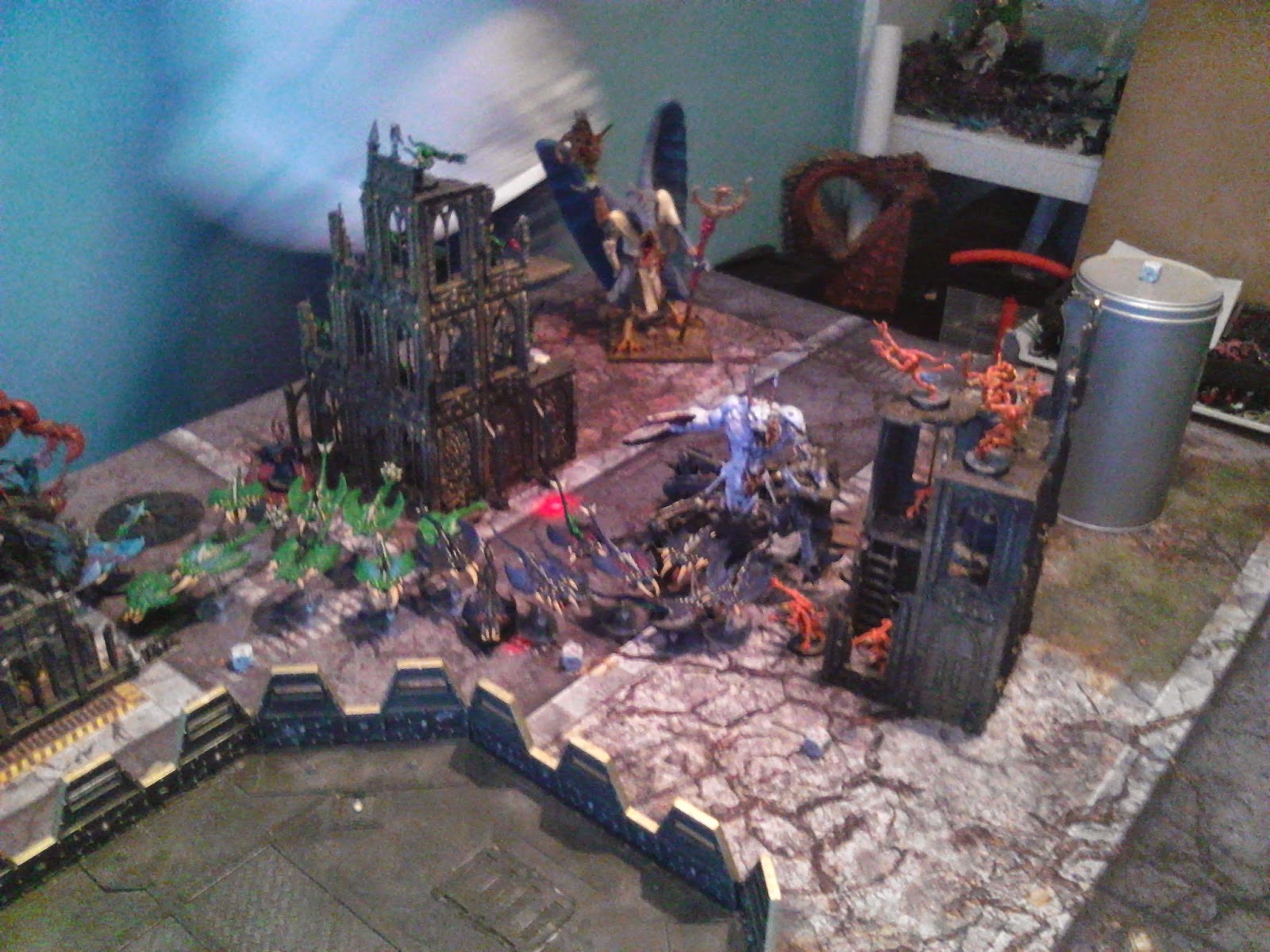 A bad start of Khorne & one that would not get any better as the forces of Tzeentch running all over them, so instead of trying to do a none event report or story, I'll waffle on a bit about what for me was the high light of the night (no it wasn't Ralph's model all over the driveway you bad people) using models that have not been on a table top since I don't know when. 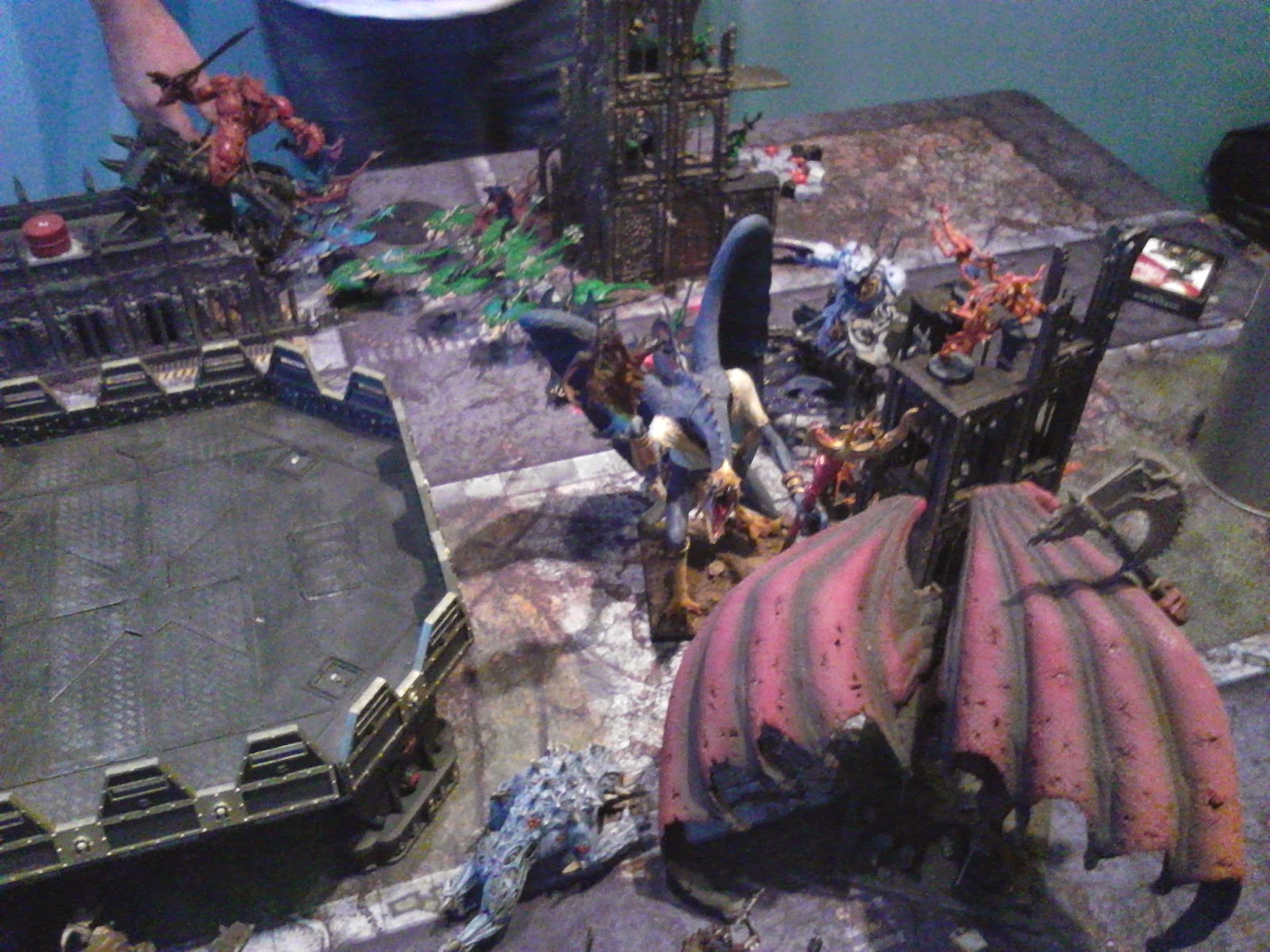 To own models like An'ggrath the unbound, spined chaos beast, a blood slaughter & a hell blade on my side & Aetaos'rau'keres on the Doc's side which he informed me was only his second time using the model, is really nothing short of criminal. 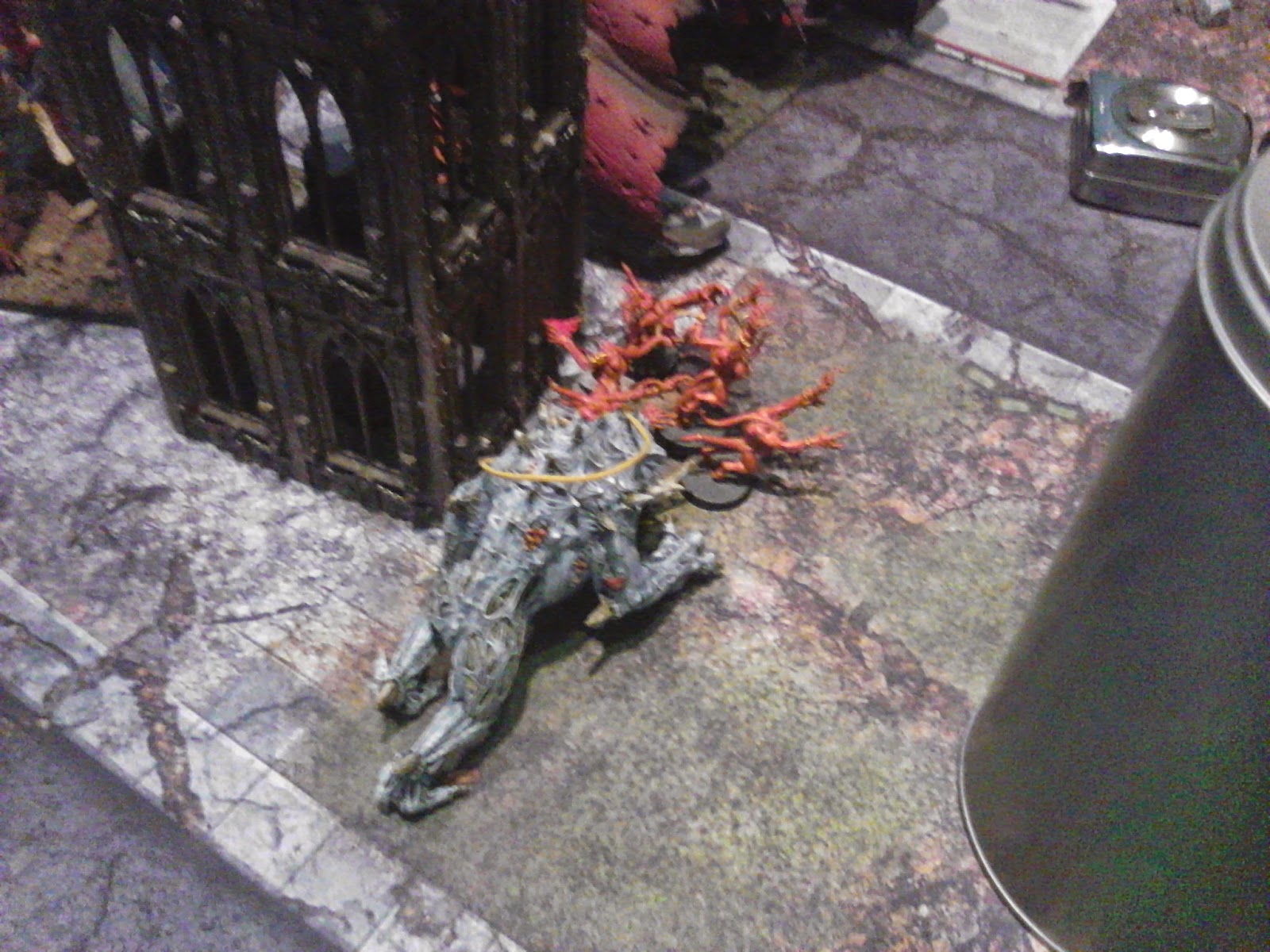 Why this is not something I'm really sure of but feel there are a couple of factors involved with the biggest for me been that I don't play chaos these's days did I thank Phil Kelly ? & while the new daemonkin is a nice fluffy way to play an all Khorne army it still carries over into it all the wrong the chaos space marines codex & in a lot of ways makes it worse, at least for the way I'd want to play it. 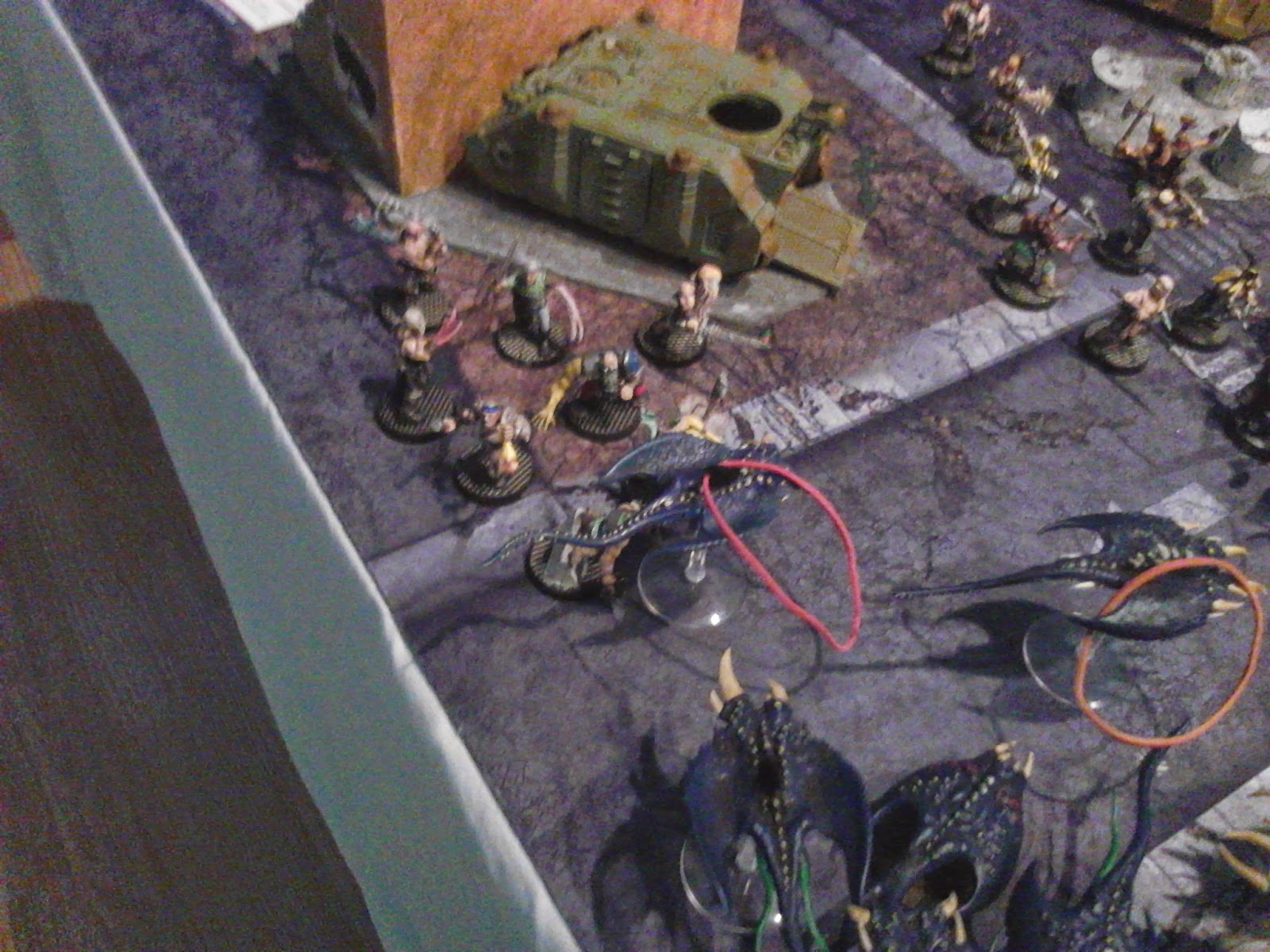 So does this mean all those lovely models will be going back on to the shelve for another couple of years ? no is the answers to that as I think it's well past the time I started playing 7th ed 40k & by that I mean using all of your models be they be in a bound or unbound list, so coming to a tabletop soon will be the 34th host backed up with some of the models named above, as really it wrong on so many levels not to be using them. 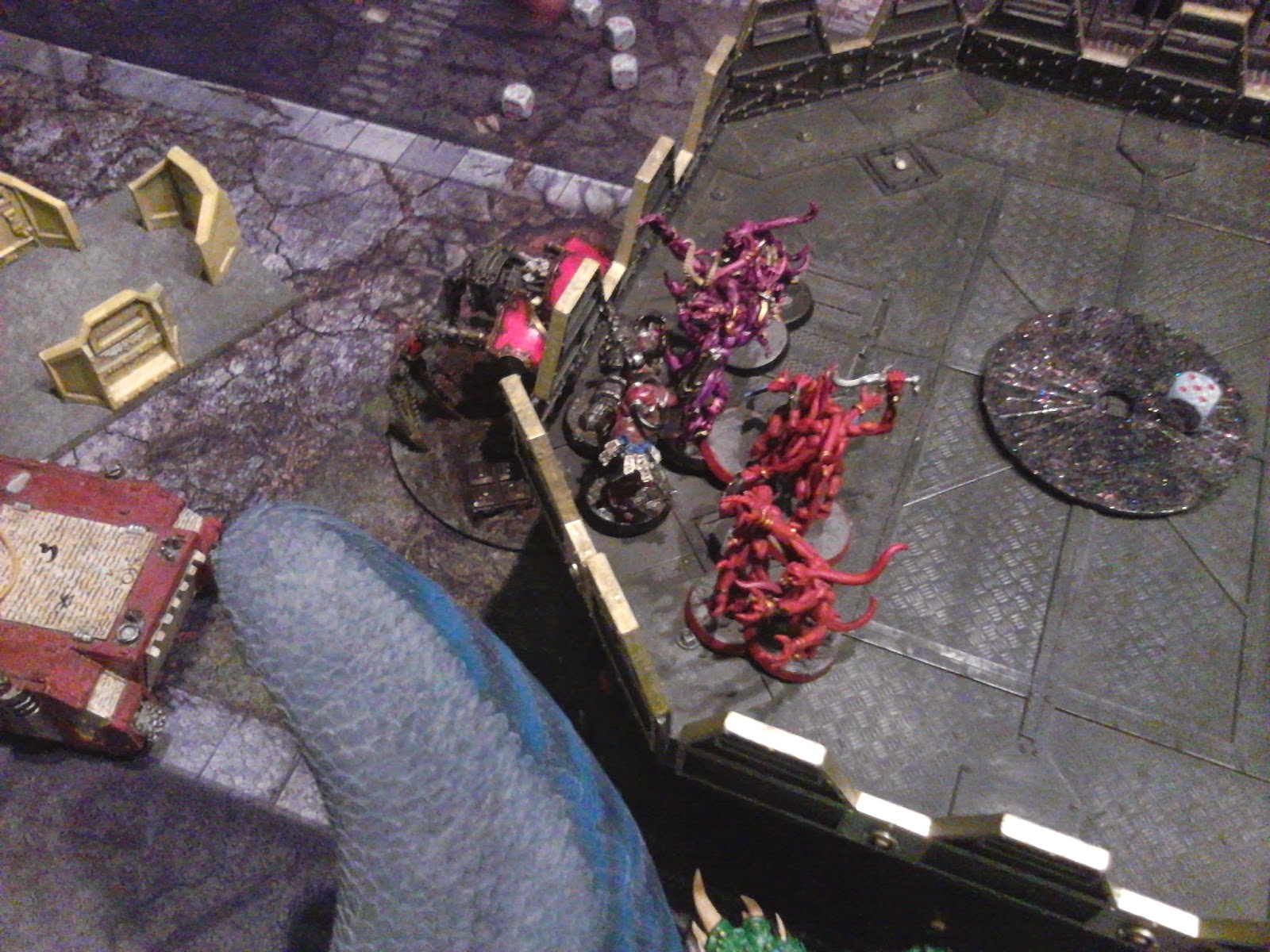 Doc in his writhe up said something about a question been answered & in this game it was but I'll leave you to work it out, clue why does it take 10,000 years for them to come back from the warp. 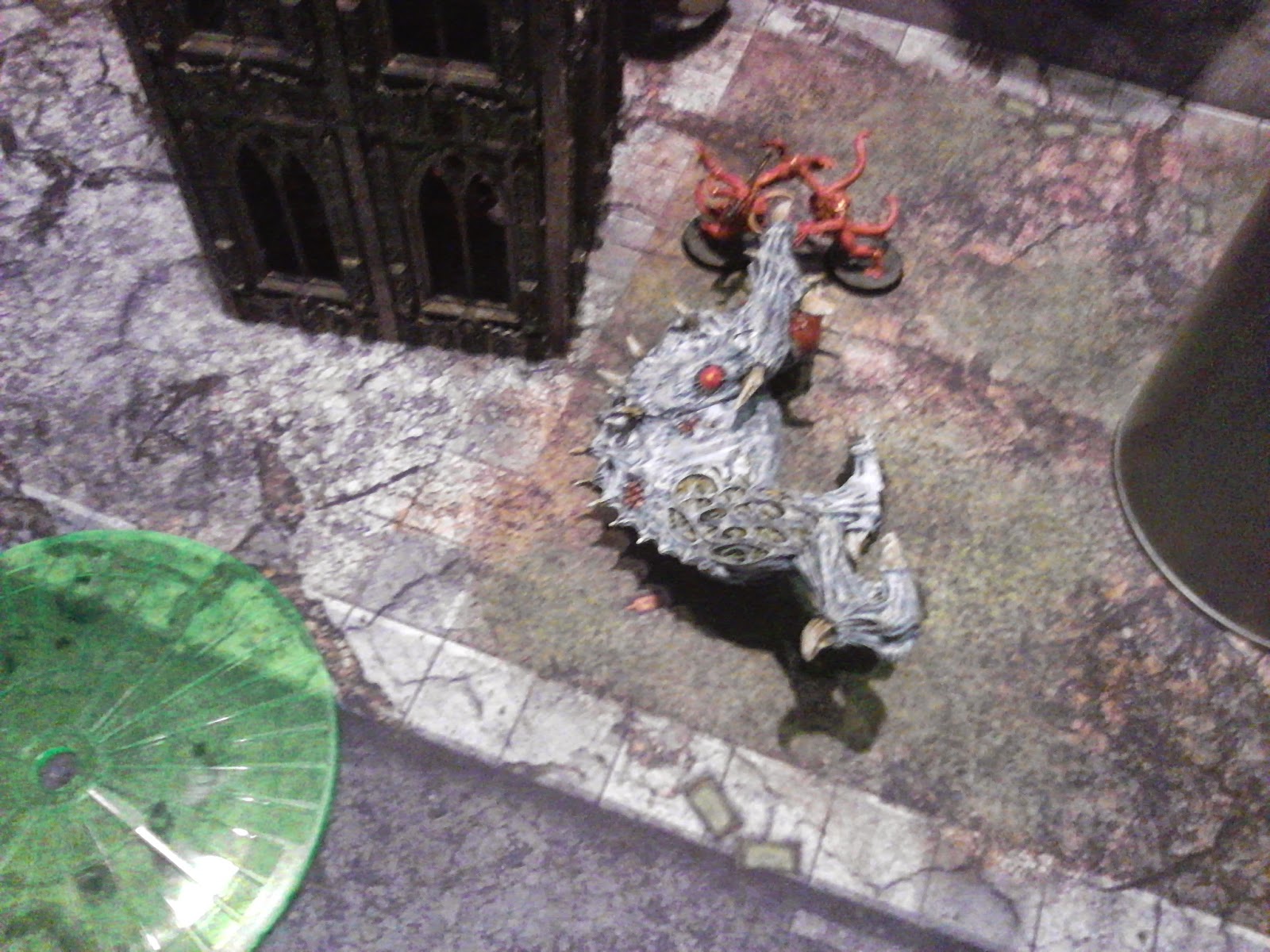 Sadly all of the pictures for some reason won't load up, well with the way the night went should I be surprised ? lol, but I'll say this much about the game, I'm not sure which killed the more of my models the things in the picture above or the one below lol 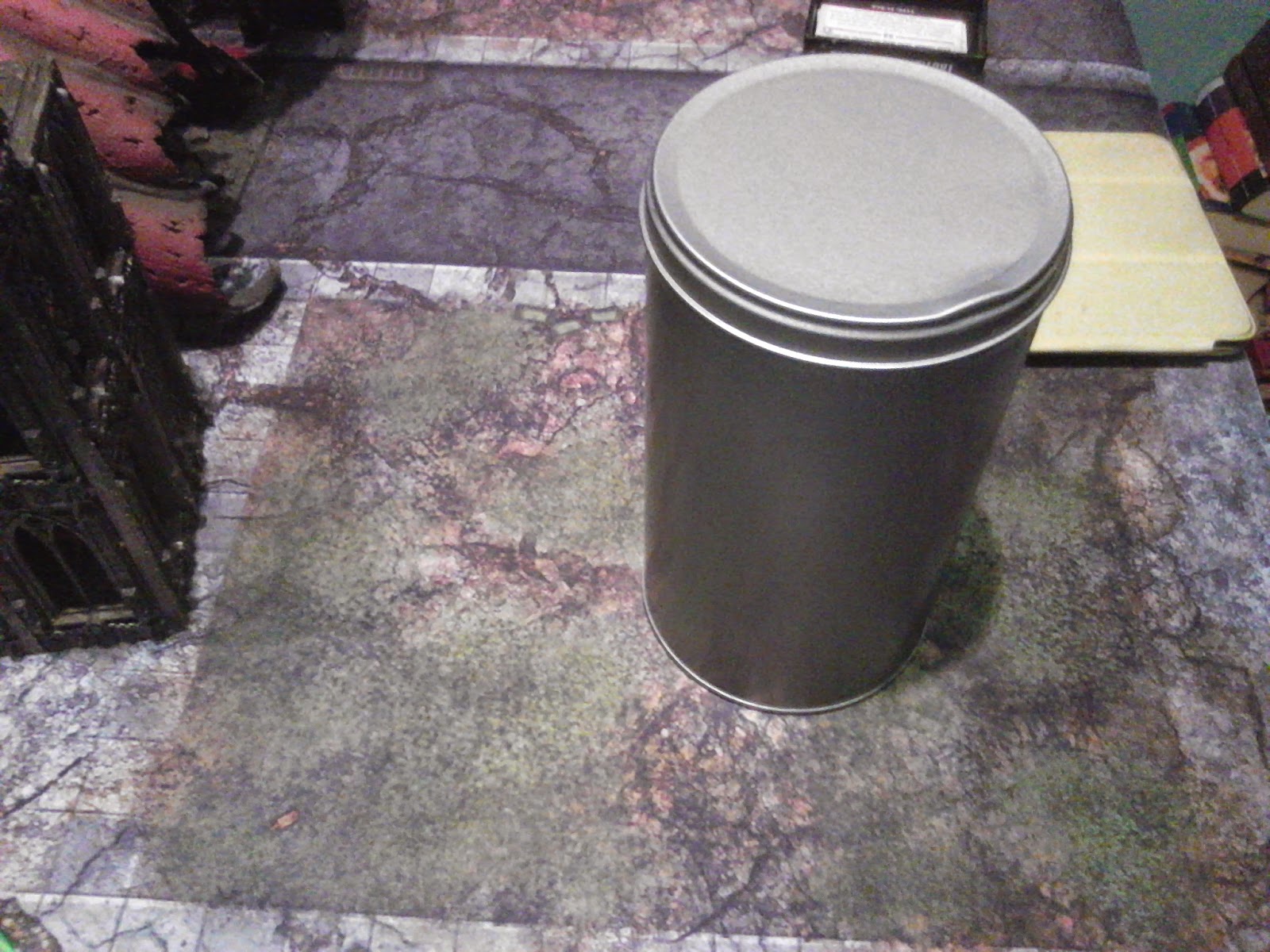 Also making an appearance will be my defenders of Vraks a long with their hell hammer super heavy tank as as I've said above it's time to start playing 7th ed for real warts & all, well that's enough waffle from me so well done to the Doc on a chrushing win & my super heavy thanks for dropping in.