40K looking for a change at the Warroom

Right so who packed the armour ? oops, not since the stone age I would think has an army gone to war with no body armour, so it was just as well that this was not an army but a mix match of lost & dammed souls lol. 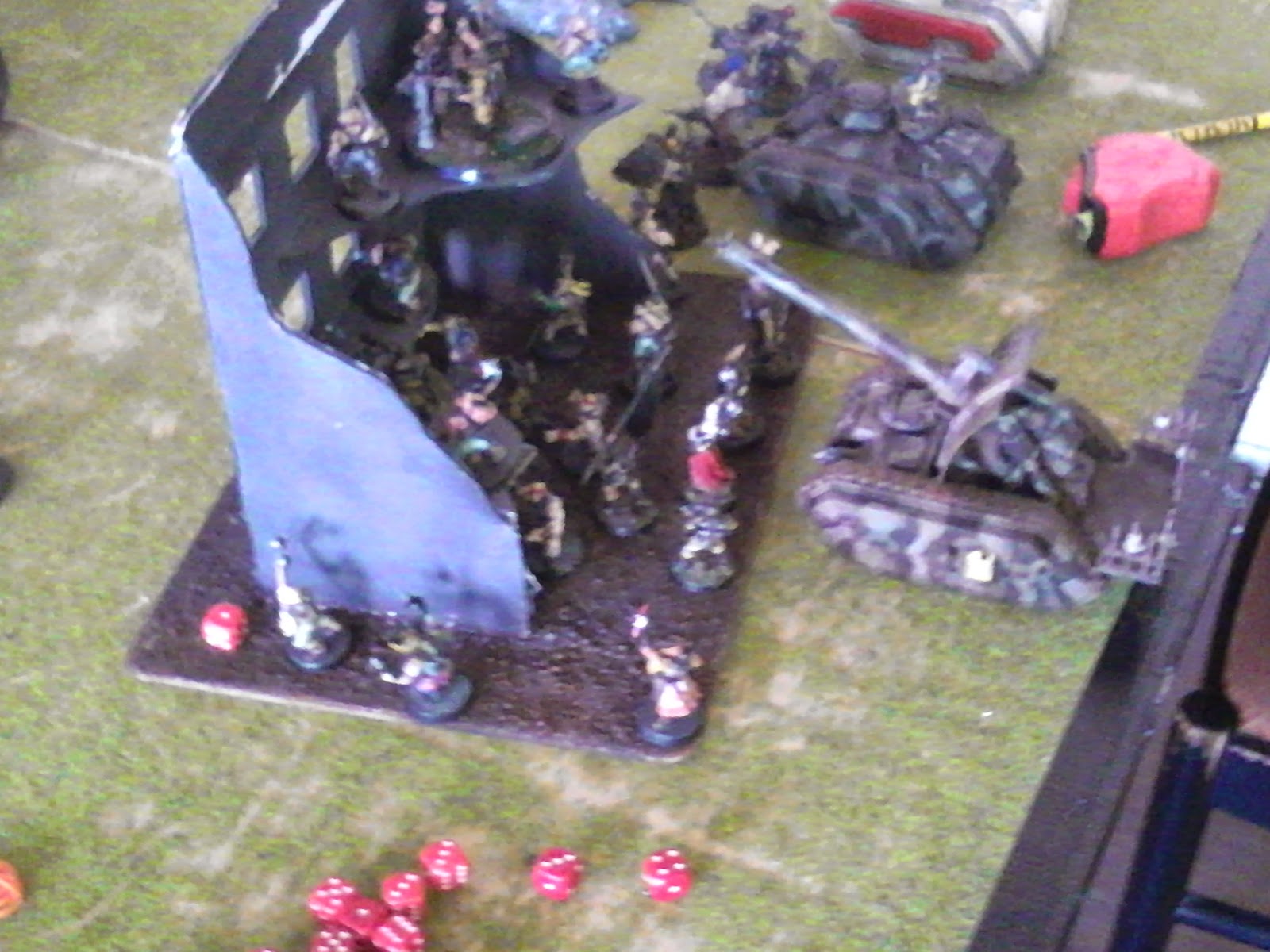 I was down in the warroom on Saturday for a 1200pts tournament & this day was like something out of reeling in the years as there was about 10 players from the DGG something not seen in a good few years.

This was the second tournament I've gone to this year & where the other one seen me turn up with a tournament list, this time out I went on the flip side with what I can only call a list that would give you giggles  all day long, handing a dude a plasmagun & not giving him any armour is odds on to only end one way. 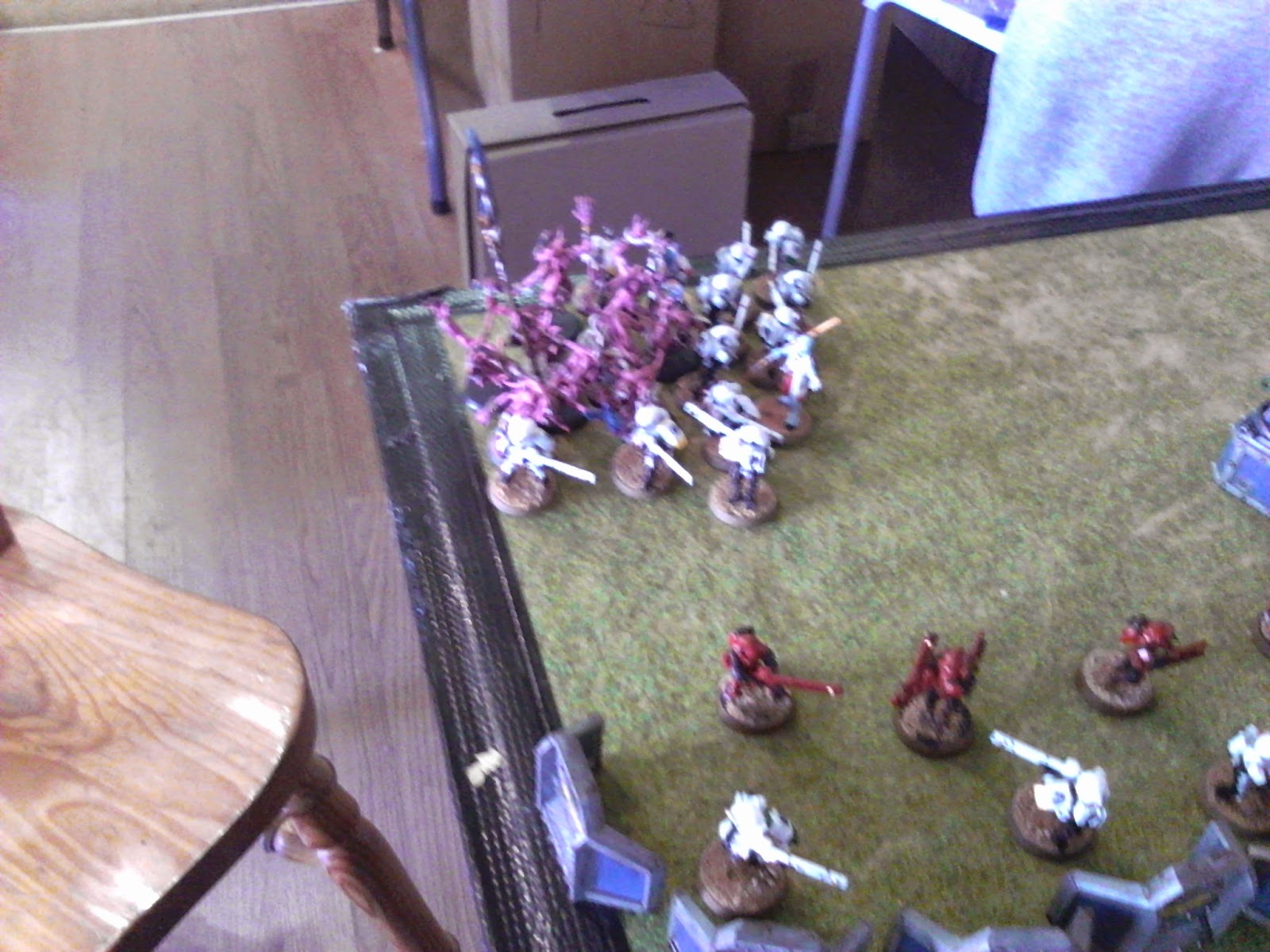 My main goal for the day apart from having fun was to turn my witch warlord (who had giving himself over to Tzeentch) into a lord of change or die trying, sadly the former didn't happen but the latter did, so I guess your still Tzeencth's main man Doc. 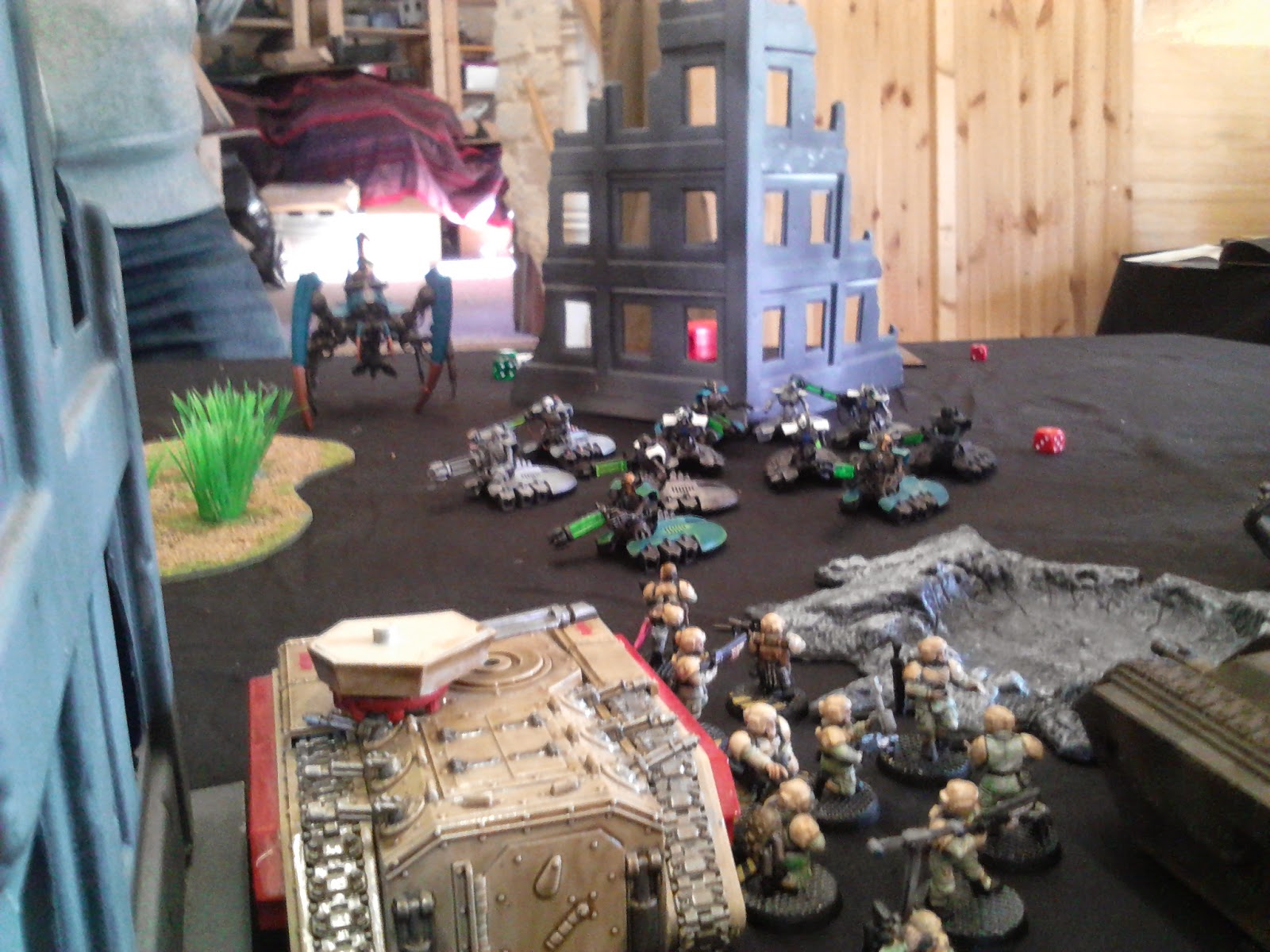 An army like this one really does put you in the hands of the dice gods & if your going to run something like this then you must except the highs & lows that come with it & let me tell you there was many on the day, from rolling 3 6's in a row to keep the last hull point on a chimera against a lot of twin-linked crons, to losing 3 out of your 4 plasma gunners in one round of your own shooting.
Among other things was watching the look on your opponents face as he went over your list trying to work out what the catch was with the army as they thought to themselves no one could come to a tournament with a list like this. 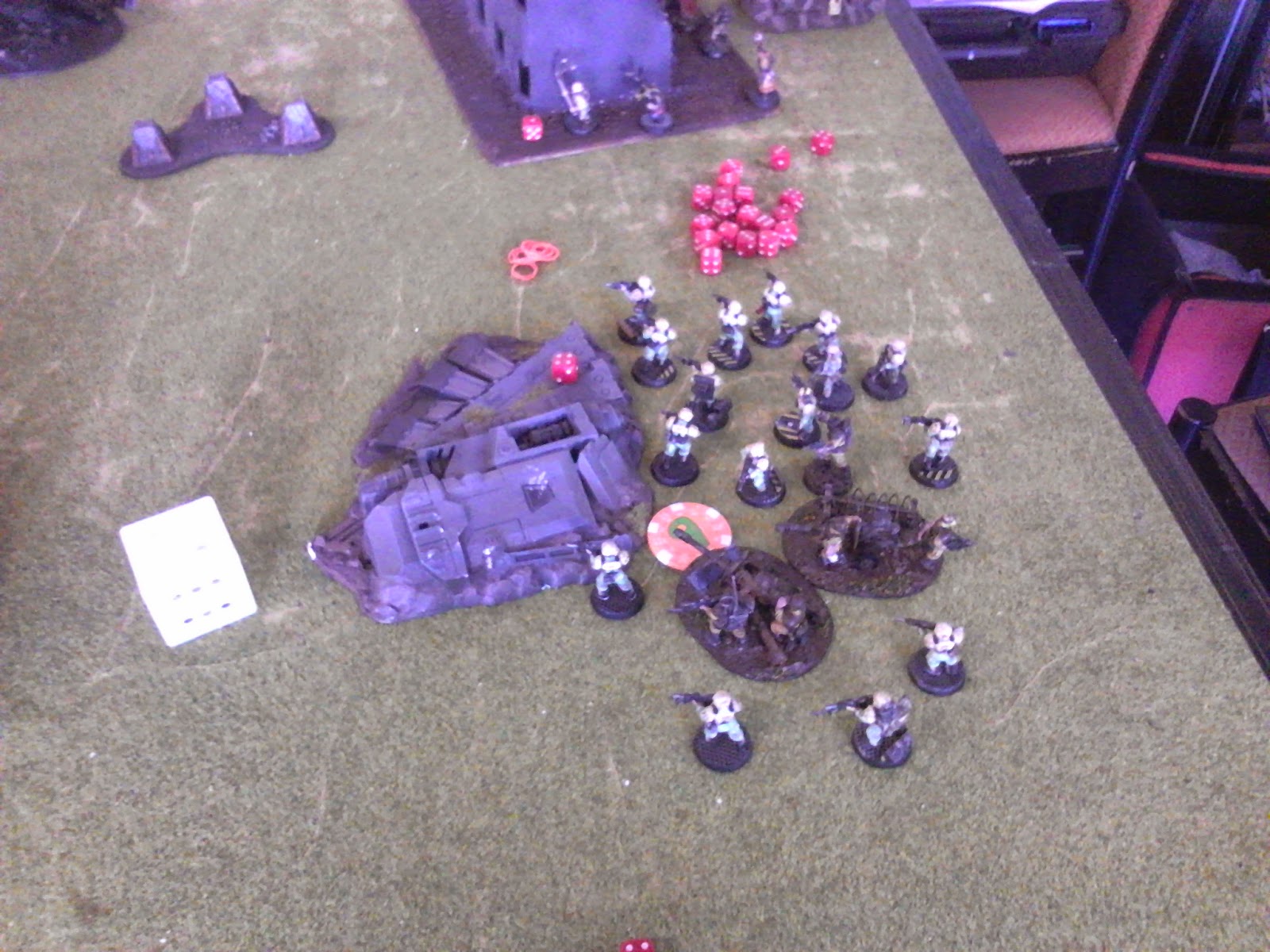 But when playing the game is behind the models in importance & trying to compete in a tournament is even behind that, then you really have the freedom to take what you dam well please,
where once an exploding tank killing 8 guys inside it & then another 8 outside it might have had me wondering why the dice gods hate me so much, now it all just part of the fun & something I can tell you the good reader about.
One thing I've learned over the years is that the things you remember years later about games are things like when you snap fire something like a plasma gun against an squad charging you, get two 6's & then roll snake eye's not when my hitting you on 2's twin-linked killing you on 2's with a reroll shots & kills something. 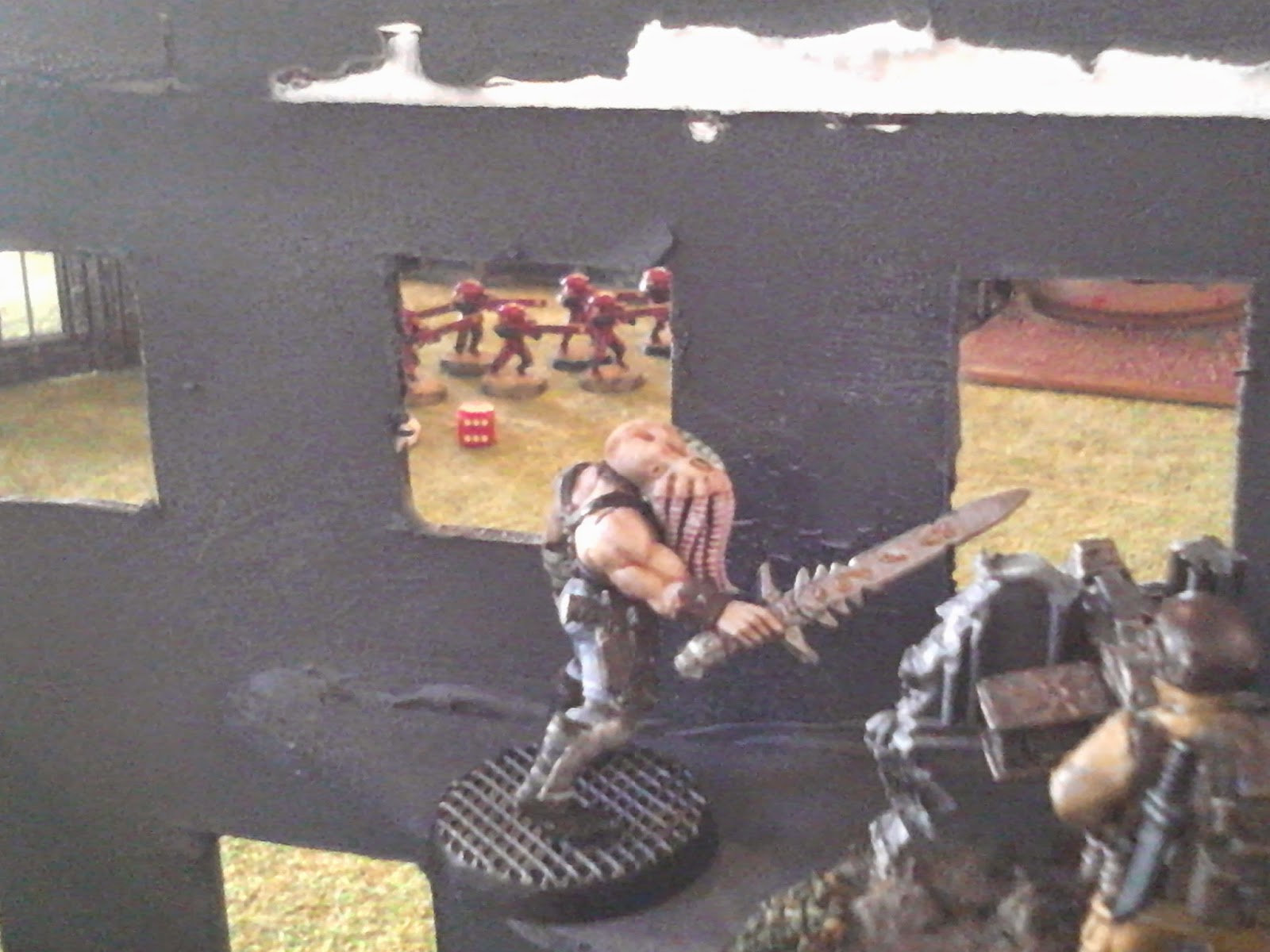 The nicest thing that happen to me all day was when after one of the games the other play said to me that was the most fun I've had playing 40K in years :-)

So a part from the four games there was also a race to rise a few bob for the ETC team (which is what the event was for) madness & mayhem is the only way you could explain this & great fun to boot, as we all stood around one table in fits of laughter while the race was run. 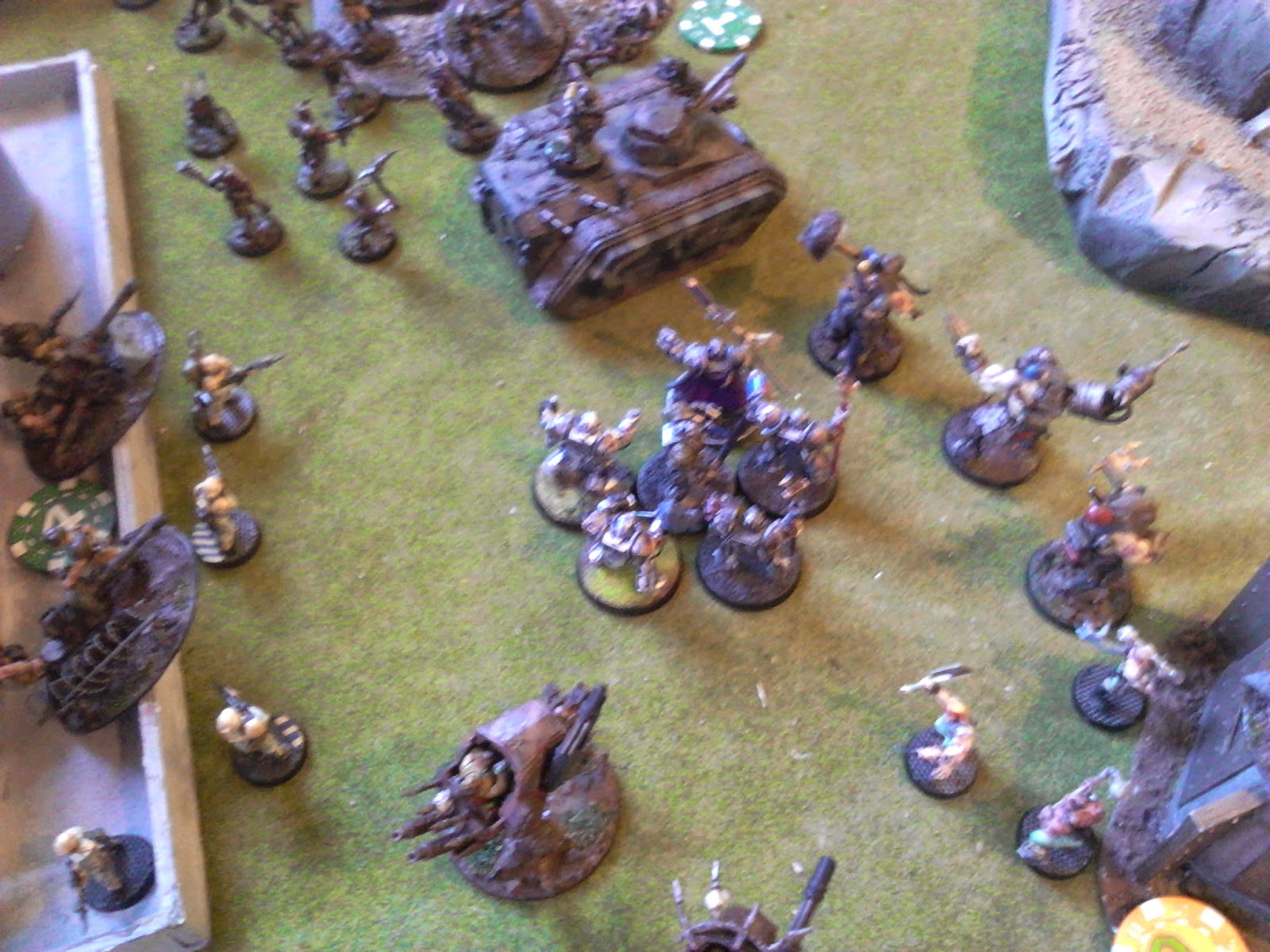 First & second place's went to the DGG in the form of Paul & the Doc with third going to Chris well done lads, a big THANKS to Nigel for hosting it & to Eoin for running it, I'd all like to say thanks to all of my opponents yes even to my no good son-inlaw who's Gray Knights stole the initiative & then deep striking into the gap I'd left for summoning daemons cleaning flamed my sorry ass, it may have been as fluffy as hell but there's something you just don't do to your father inlaw.
I'll finish up as always with my thanks for dropping & there are some more pictures below. 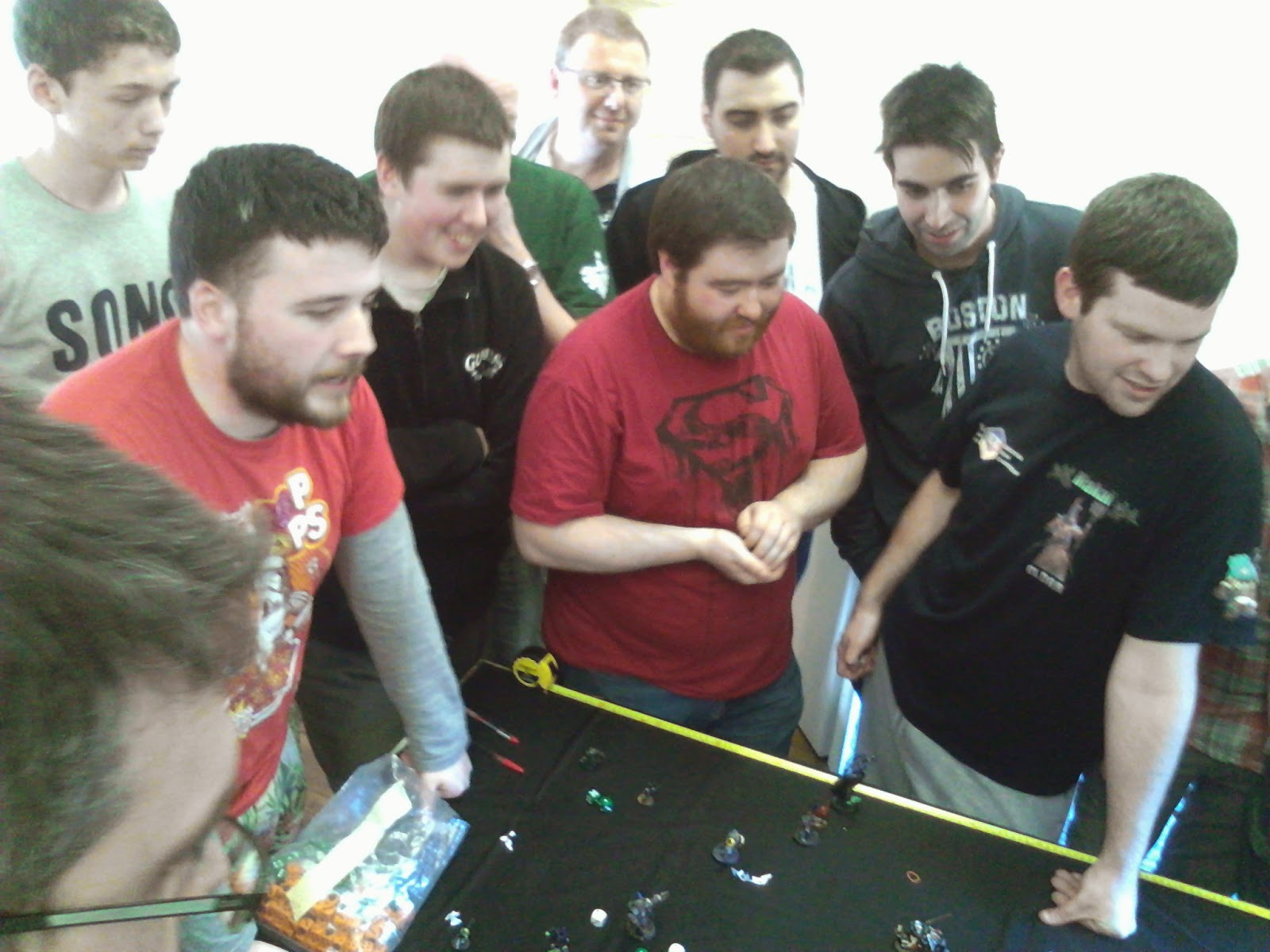 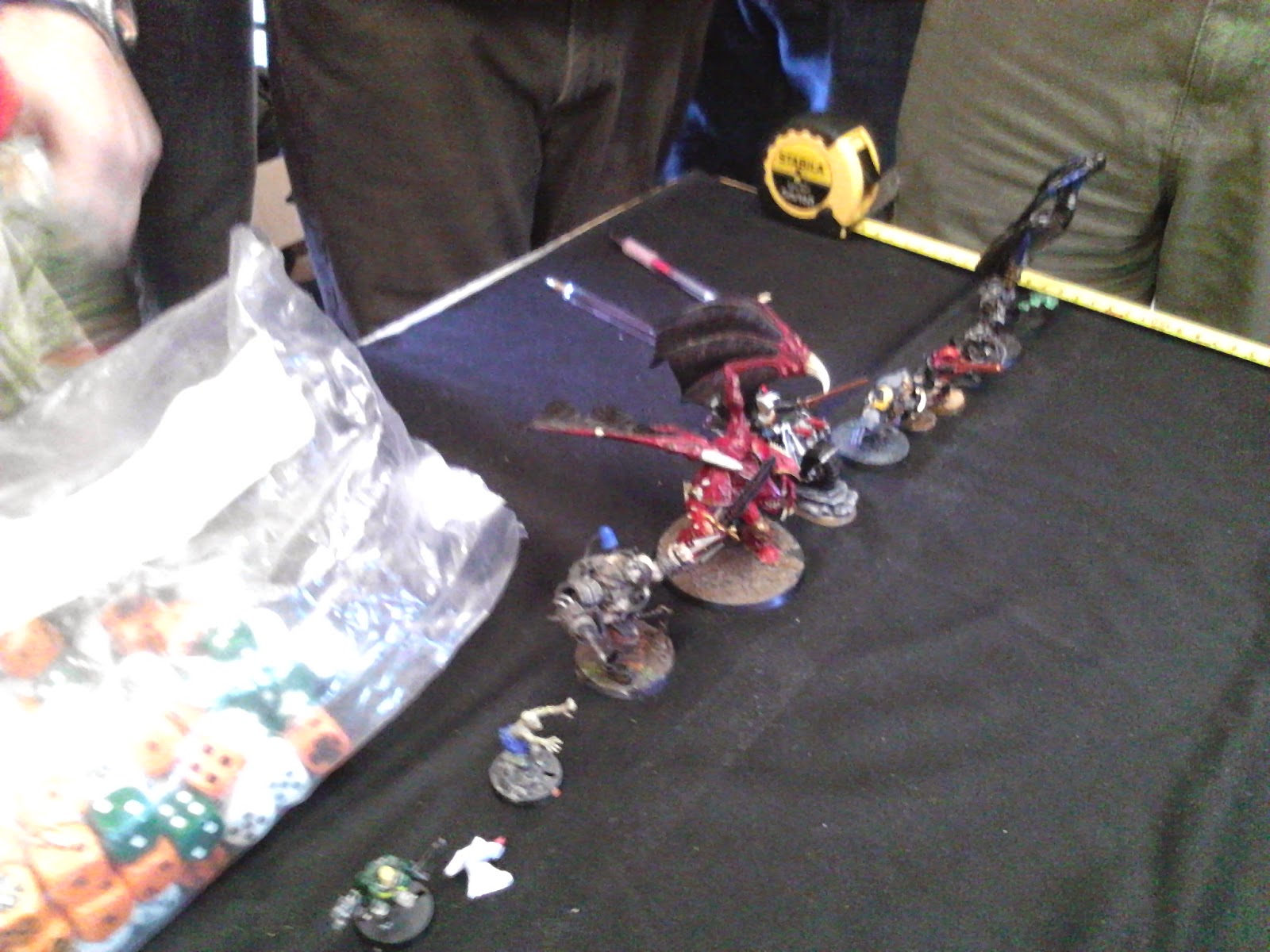 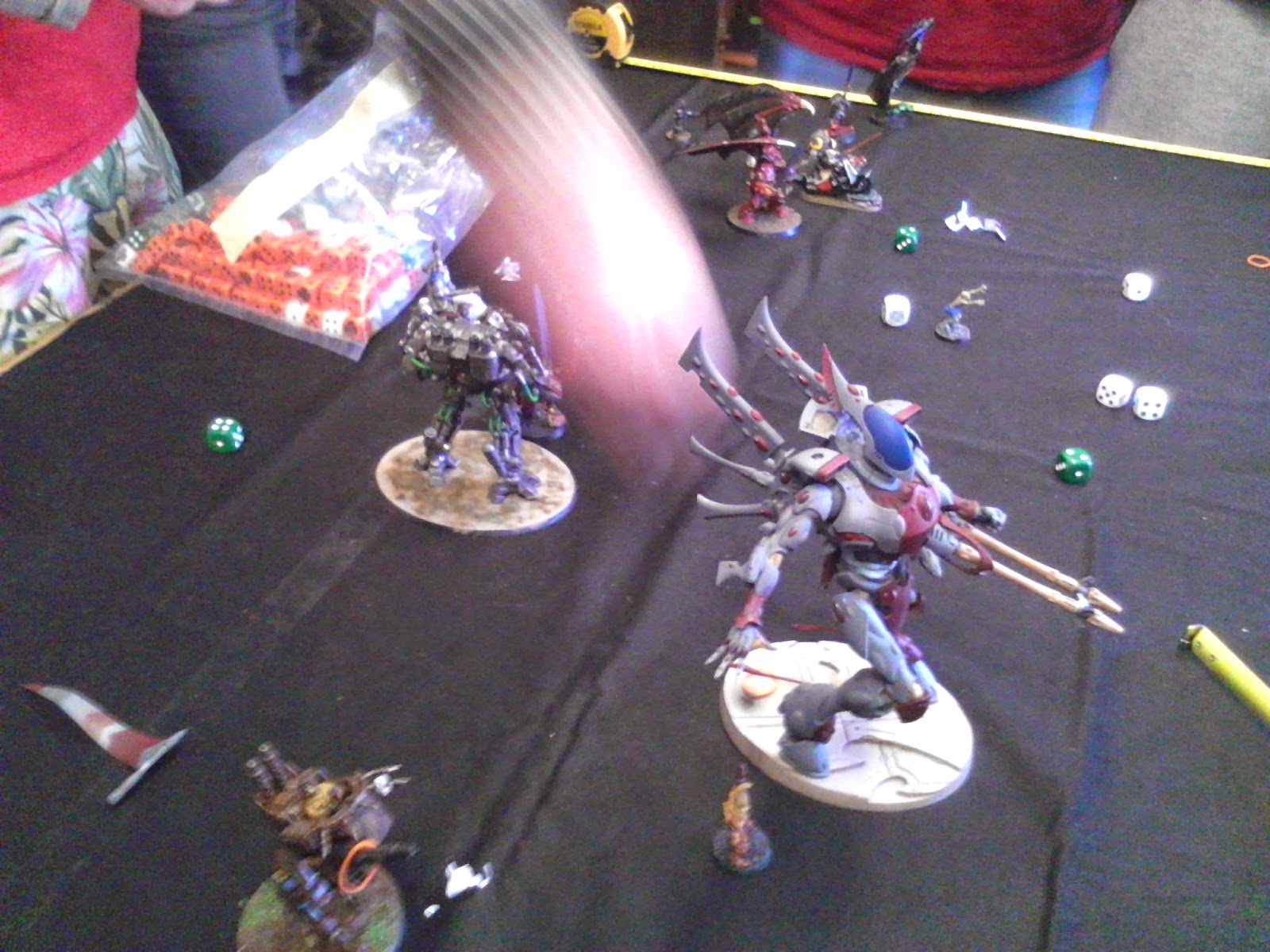 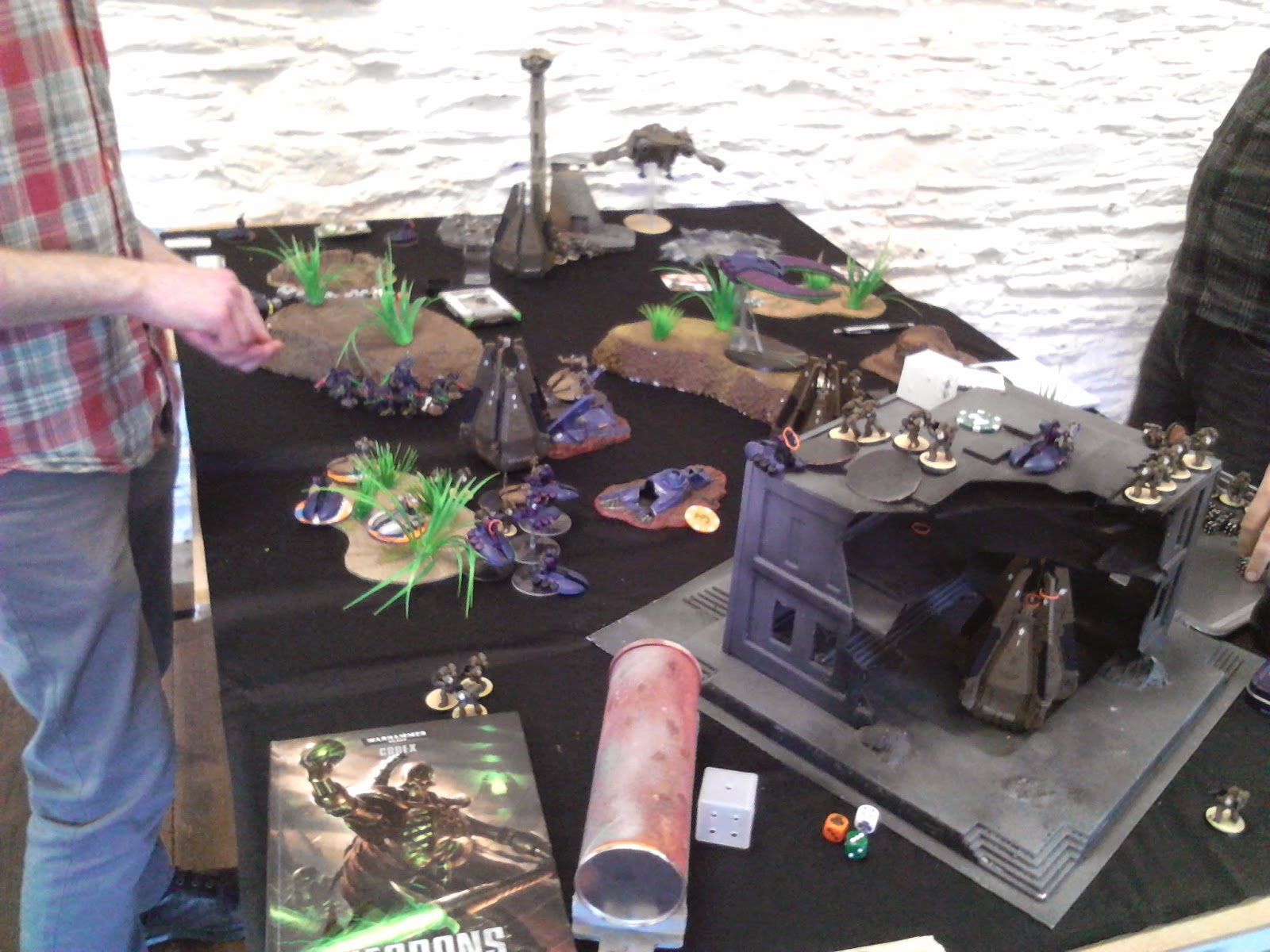 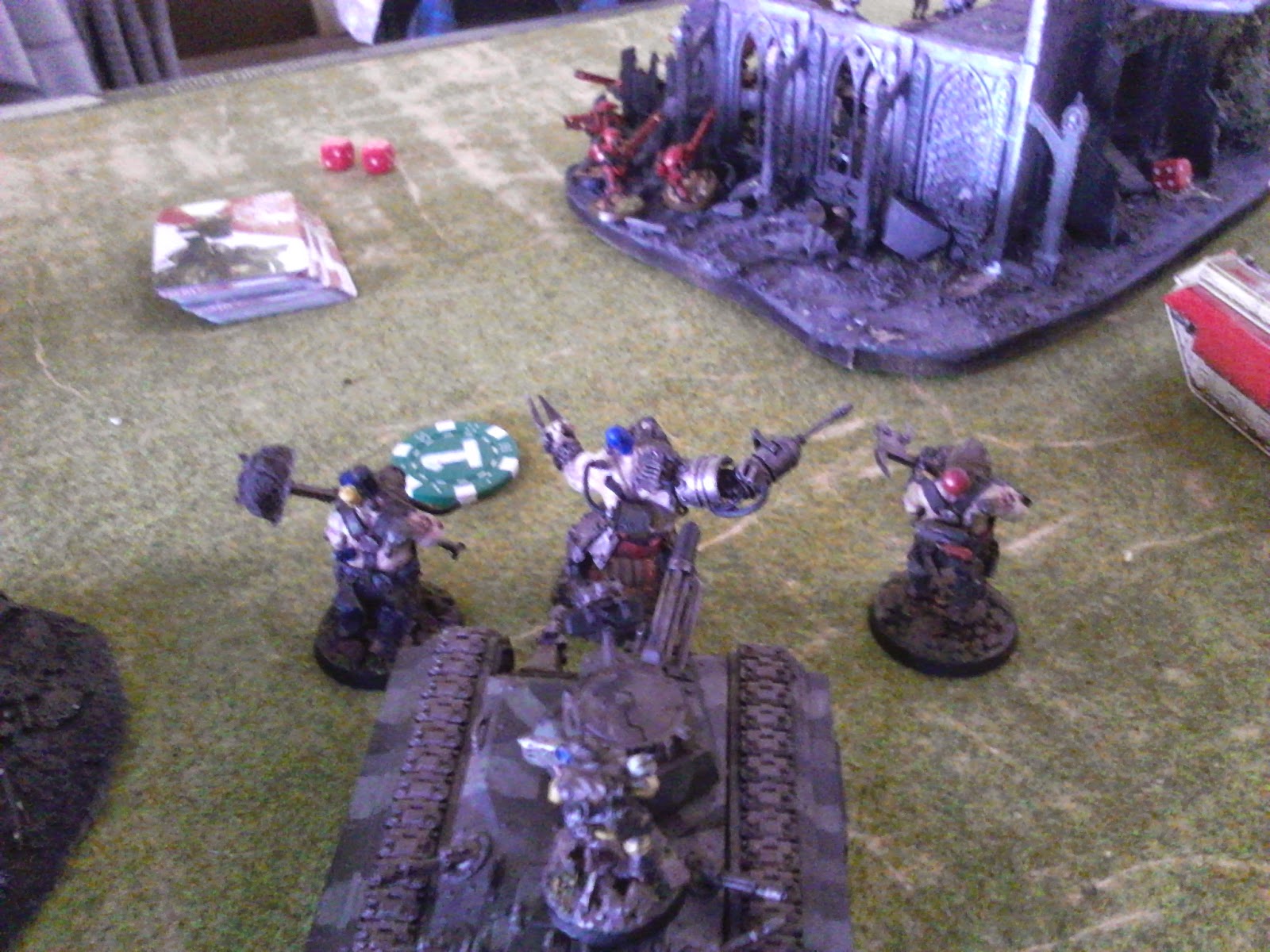