Its so long since I done a post that wasn't 40K I'm nearly forgetting how to LOL, anyway this time round all I have for you guys is a ship but not just any ship, this is Panama Jack's ship the Hermes. 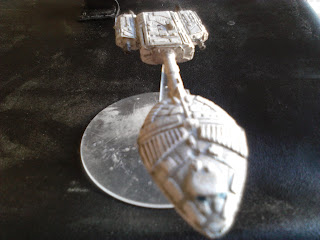 I must have built this model over a year ago & at the time of building it I'd no plans for it other then maybe use it in a game of BFG some how, as can often be the way in this hobby faith can lend a hand & as the idea of Panama Jack came to to life so then the the need for a ship for him. 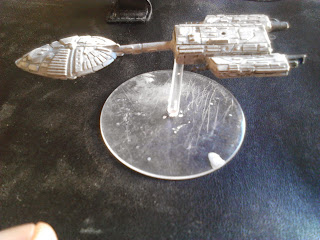 What the Hermes is build from I've no idea as it was something I found in a bag of stuff I'd been given, & as I writhe this post I couldn't tell you if it was all in the little bag or just some of it, so if anyone out there knows anything about the model could you please let me know in the comments. 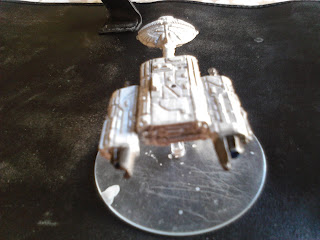 As you might or might not know the Hermes is the name of a Greek god, would you like to know more, http://en.wikipedia.org/wiki/Hermes.
So what was need was a sleek looking ship that would be believable as been fast, well if your going to be smuggling a fast ship is always a help right, my plans for the setting up of Tricol are still very much alive & work has already begun but like I said in another post it's a big under taking. 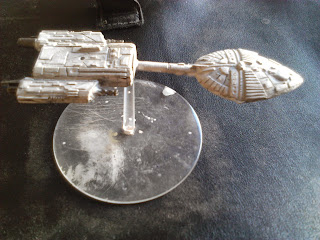 Well just like the ship this post is a quick one, so as always my thanks for dropping in & please do so again sometime.
Posted by Frank O Donnell at 5/04/2015