40K how to plastic lictor

At the end of the last post I showed a picture with a plastic lictor that I'd made & said I'd show you how I did it in the next post & a promise is a promise, but before we start on it the results from Leprecon. 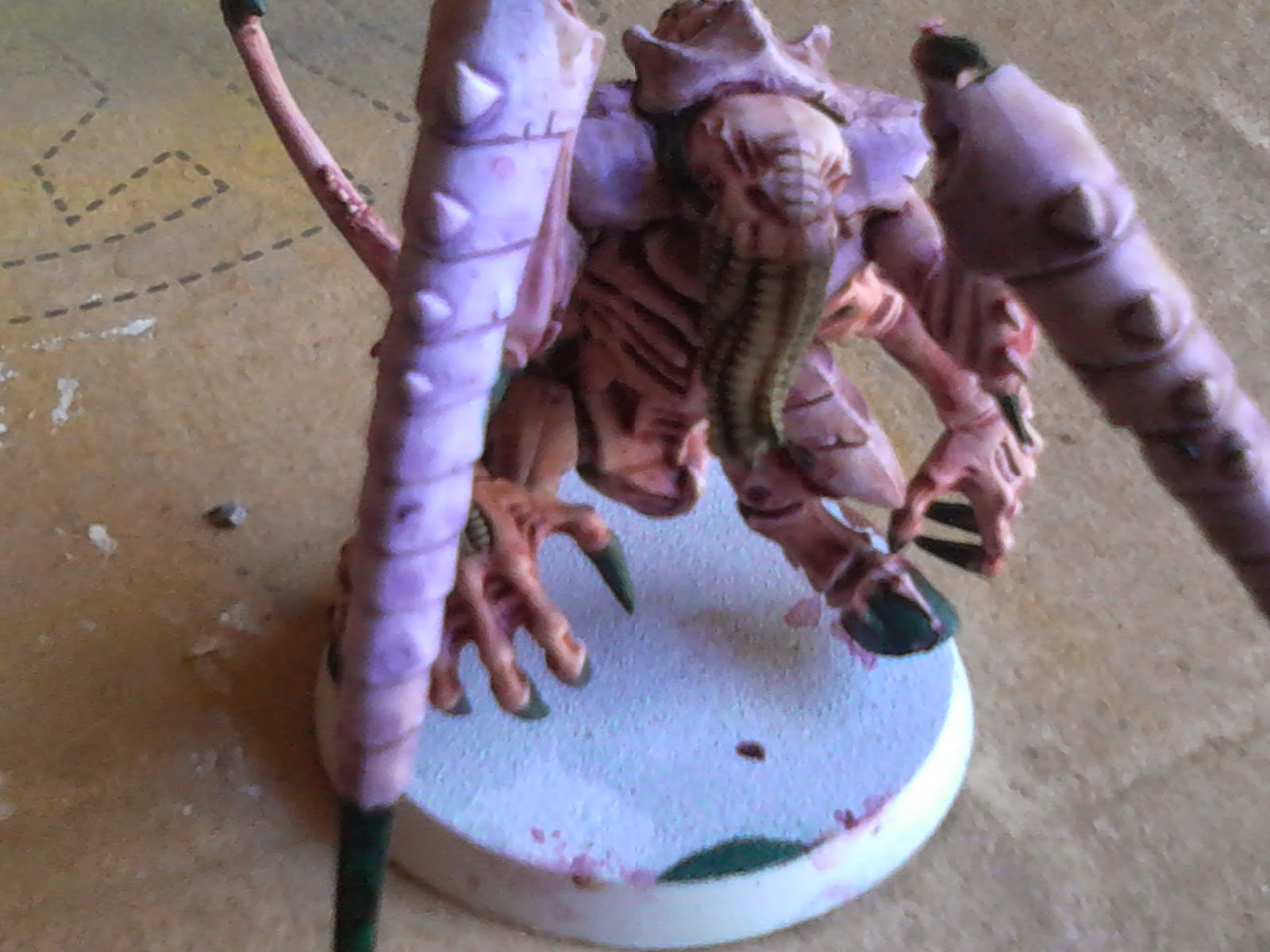 Now on with the point of the post the plastic lictor, the lictor is one of only a couple of models in the nid range that not plastic & in a box set & at 21 euros a brood of 3 will set you back 63 euros be all the same & finecast. 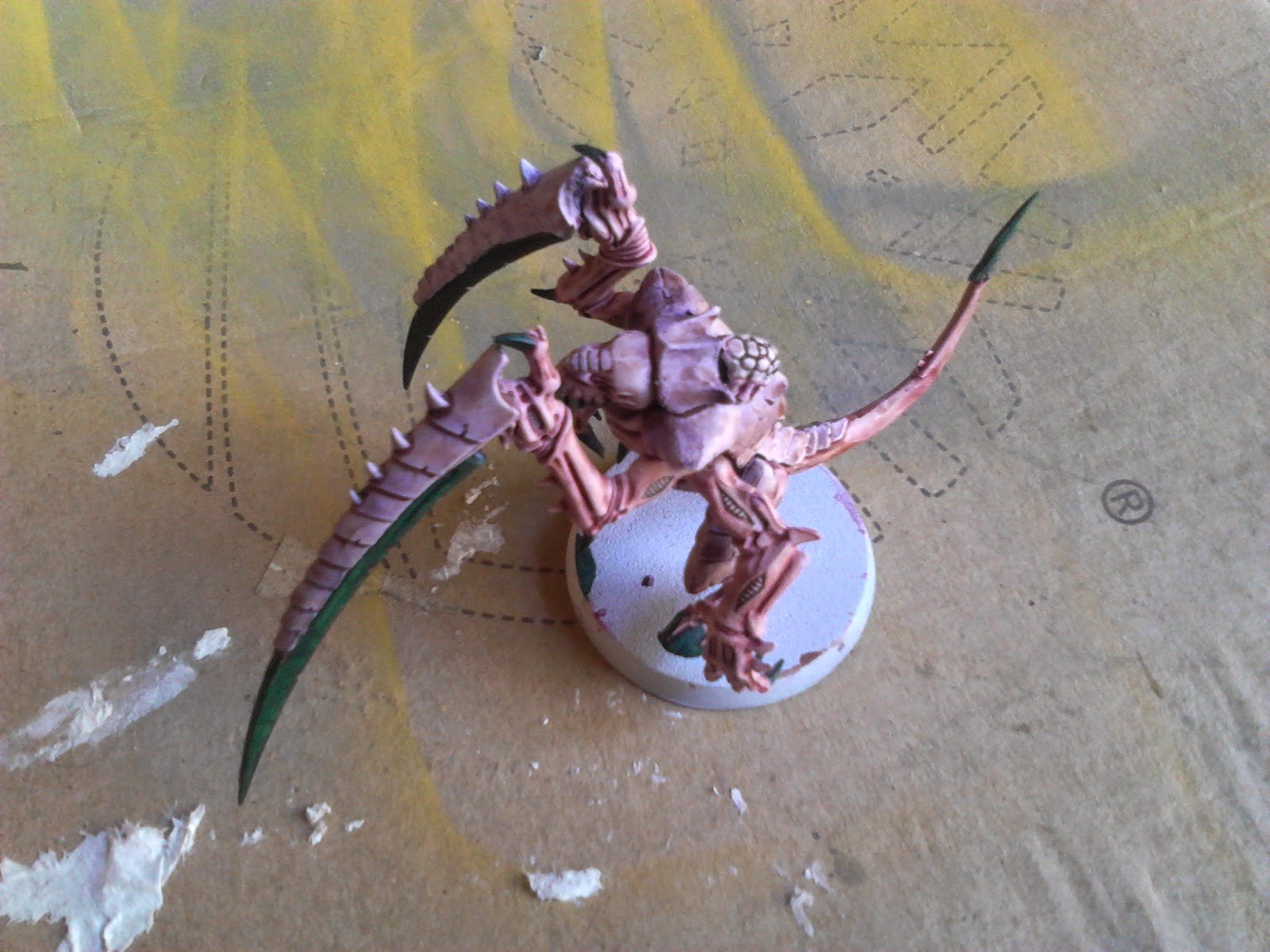 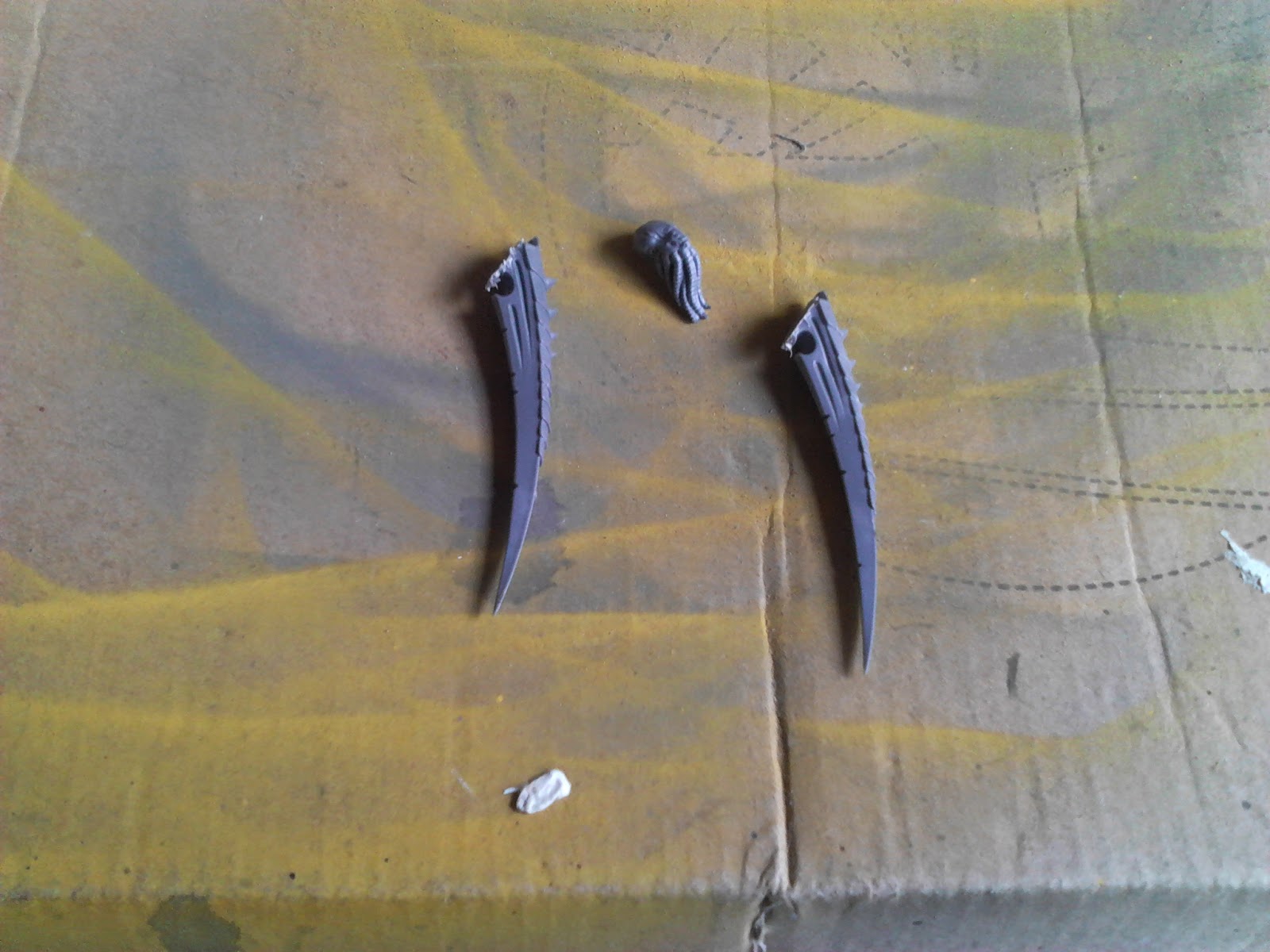 Above are the only bits you really need to do a Lictor, a stealer head with feeder tentacles & the scything talons from a hive tyrant, the two above are left over from when I done the twin-linked devourers. 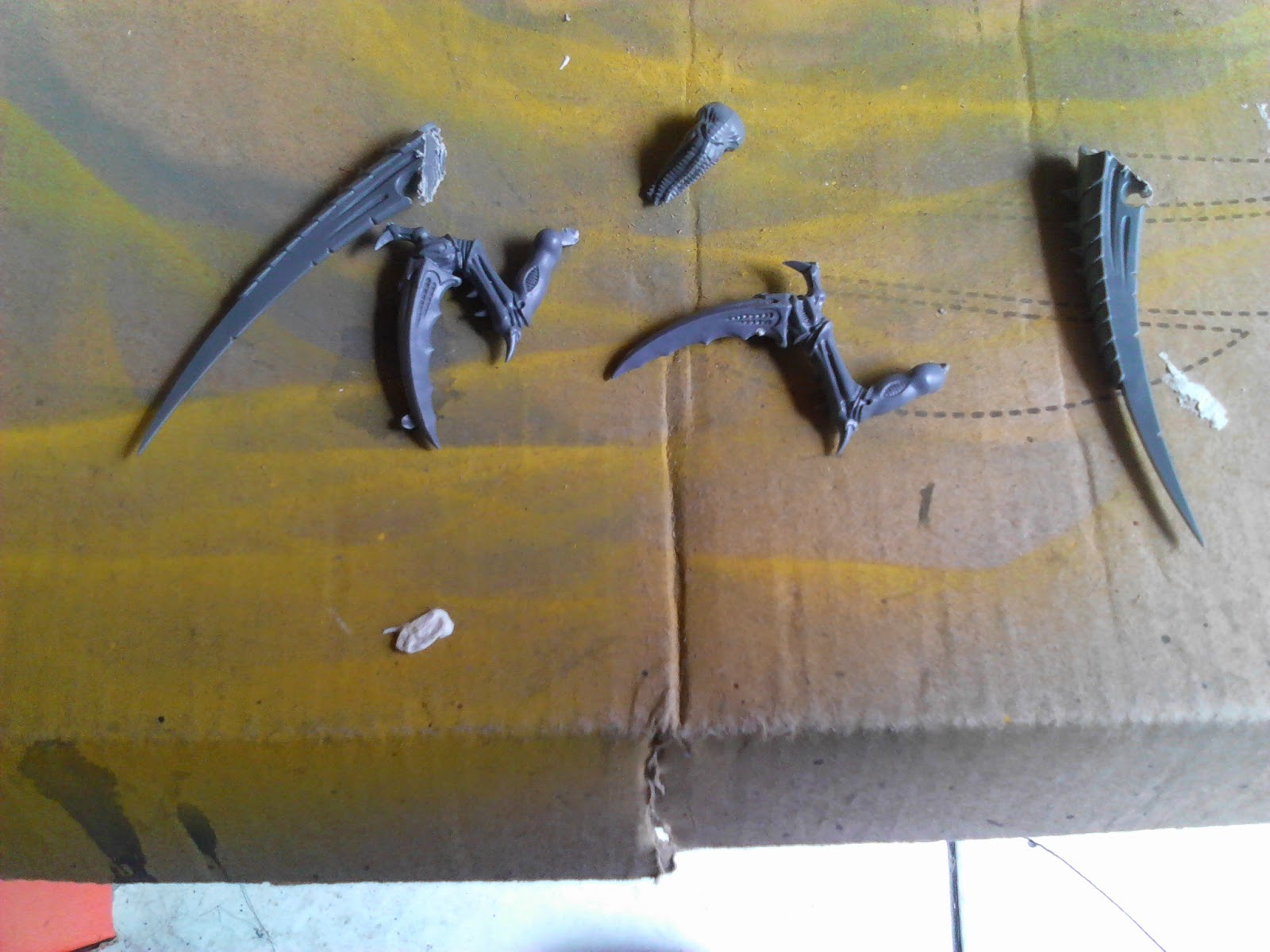 I also use the two arms above which I think are from raveners as I thought they suited what I was doing better, but you don't need to use them. 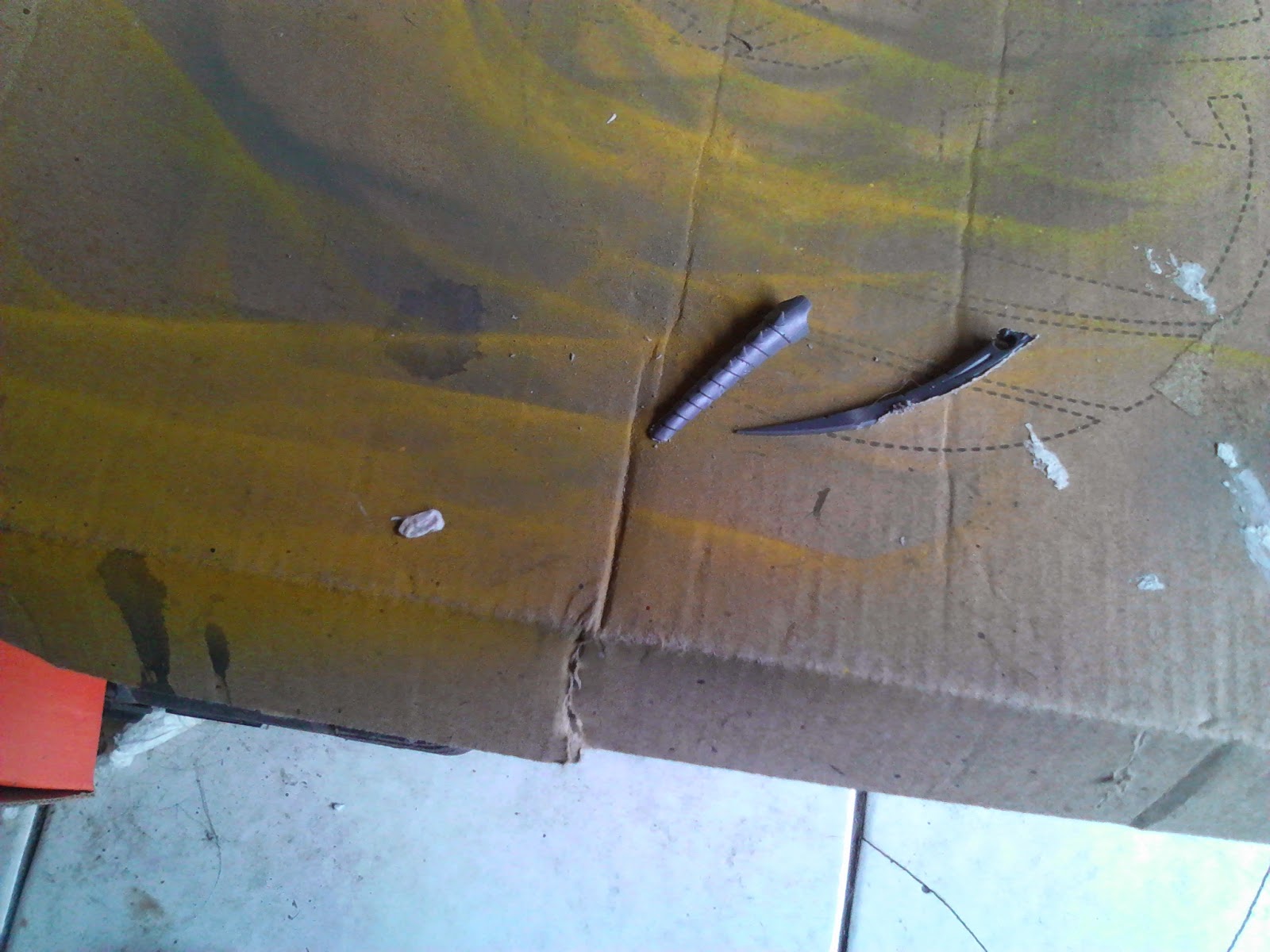 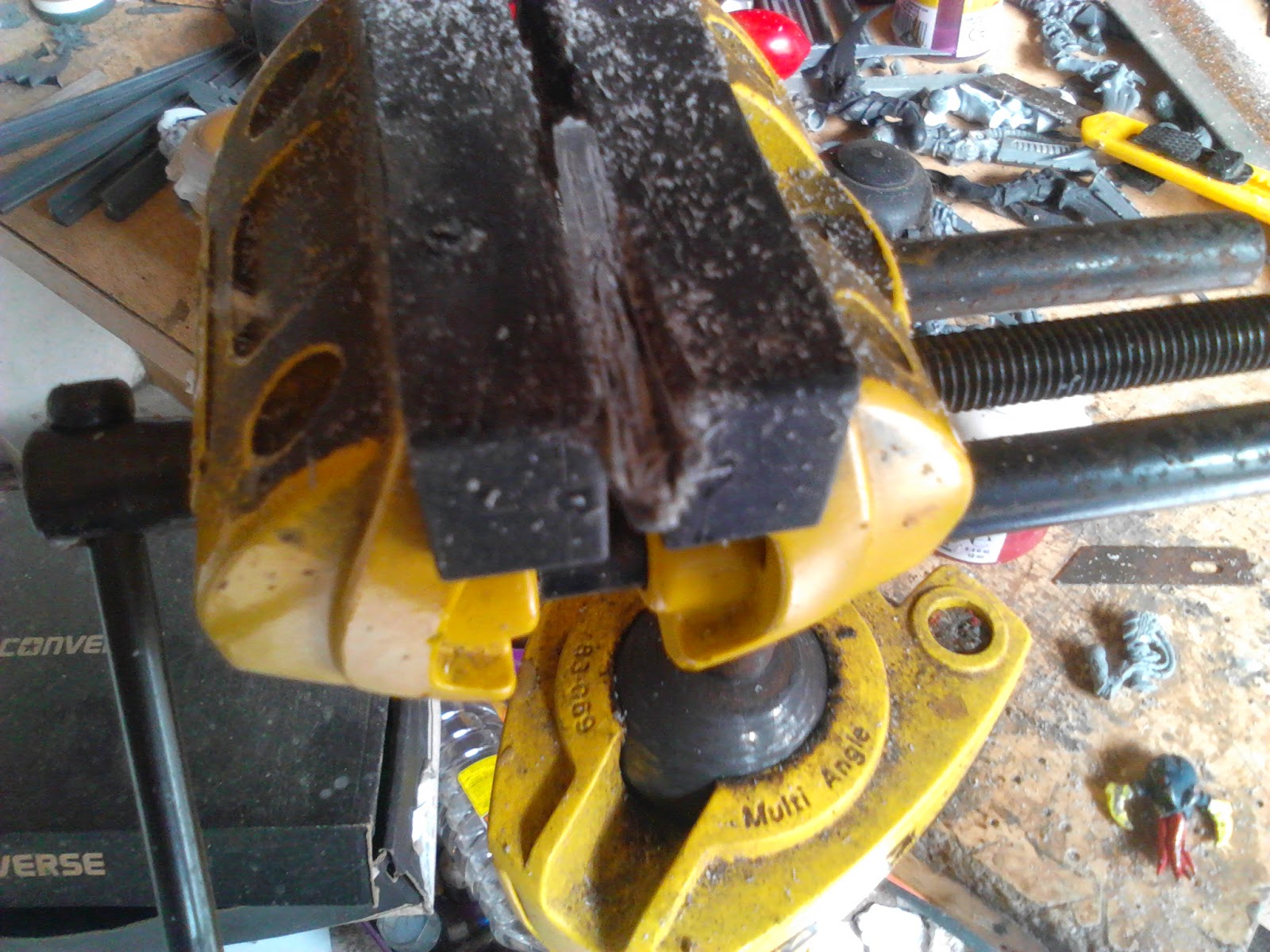 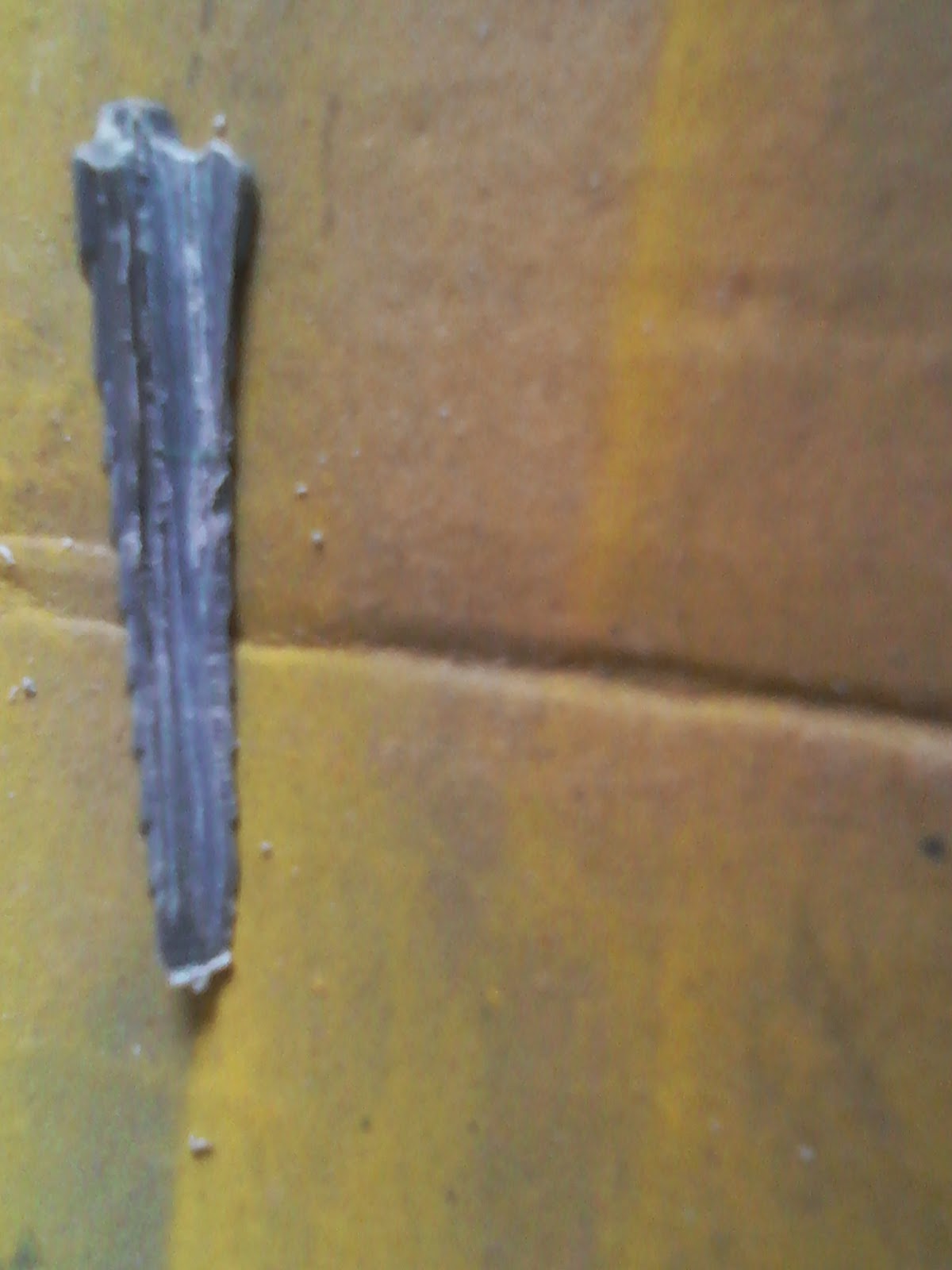 Then just tided it up & glue the two parts back together, & thats the first part of the talon done. 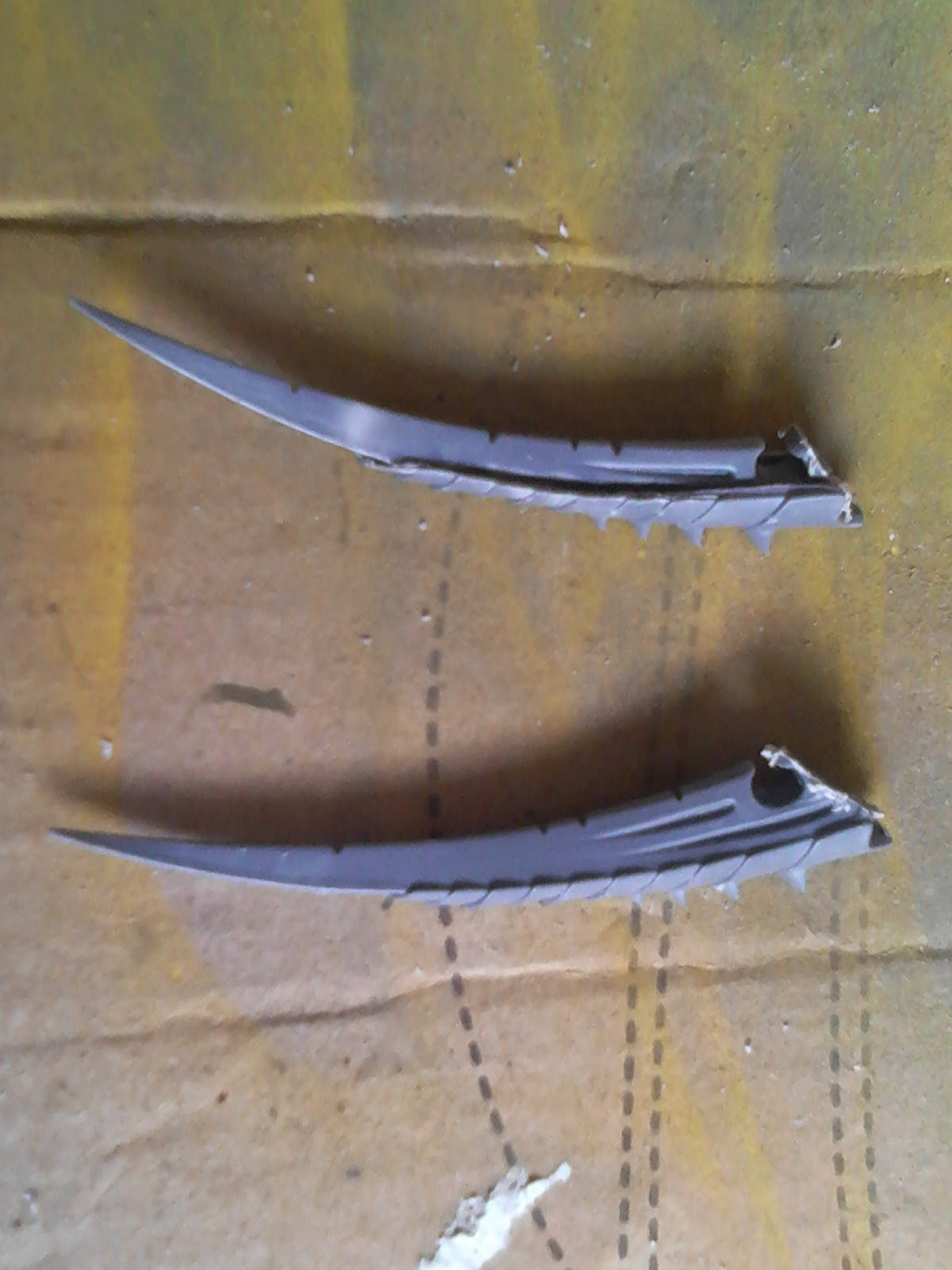 In the picture above we have before & after, as you can see the top one is a lot slimmer more in keeping with a lictor. 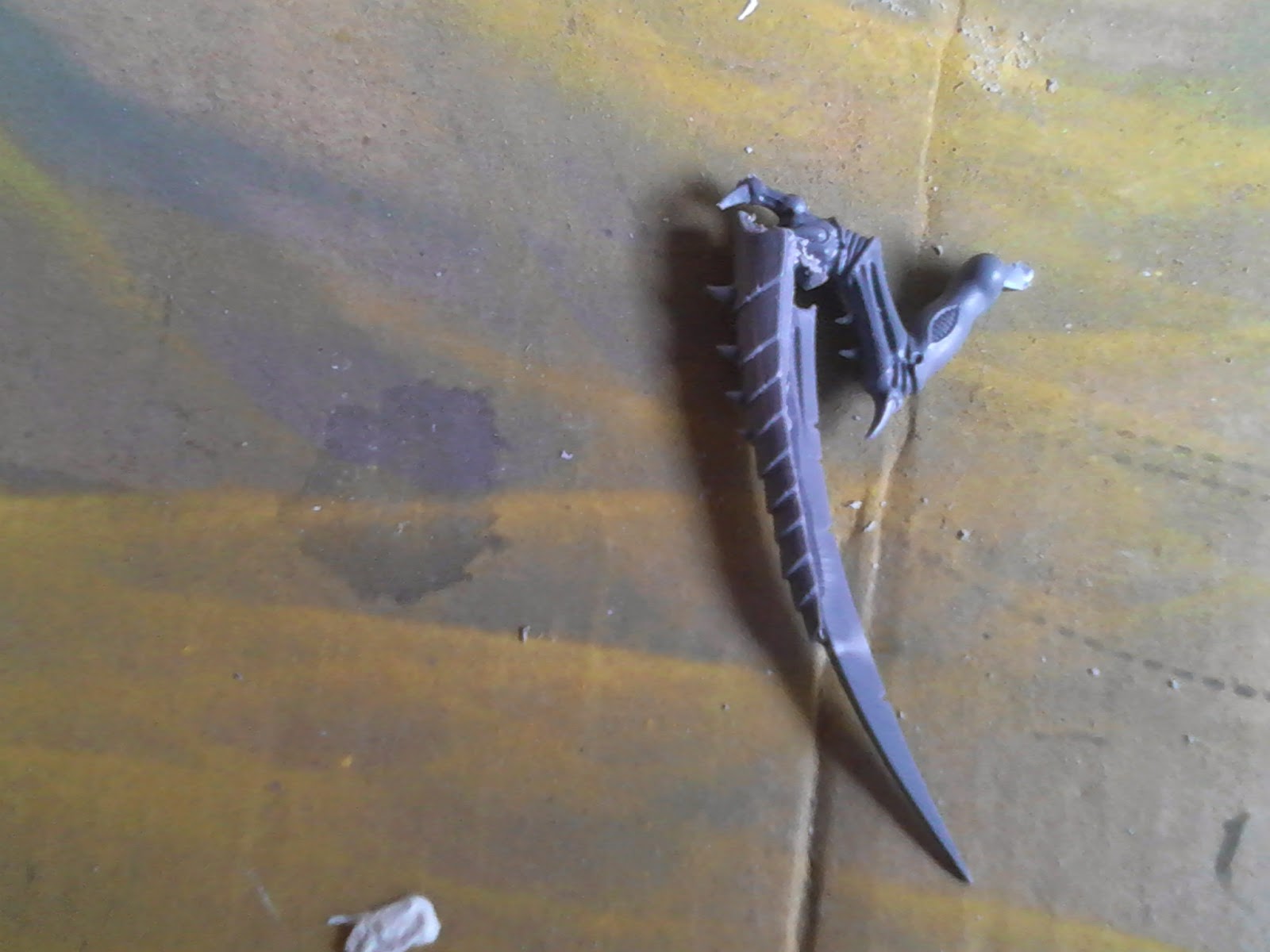 Then just fix it to the raveners arm like in the picture above. 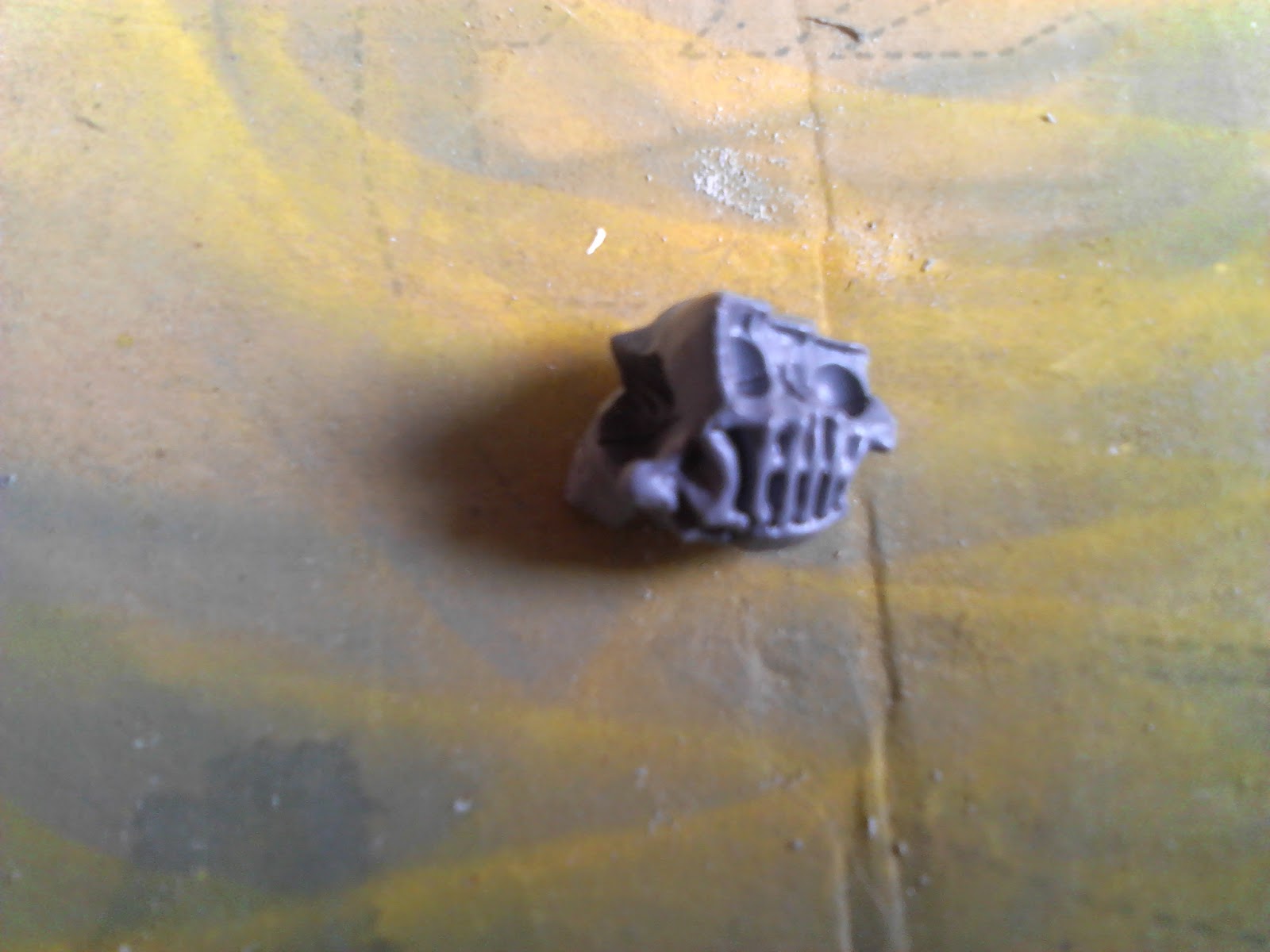 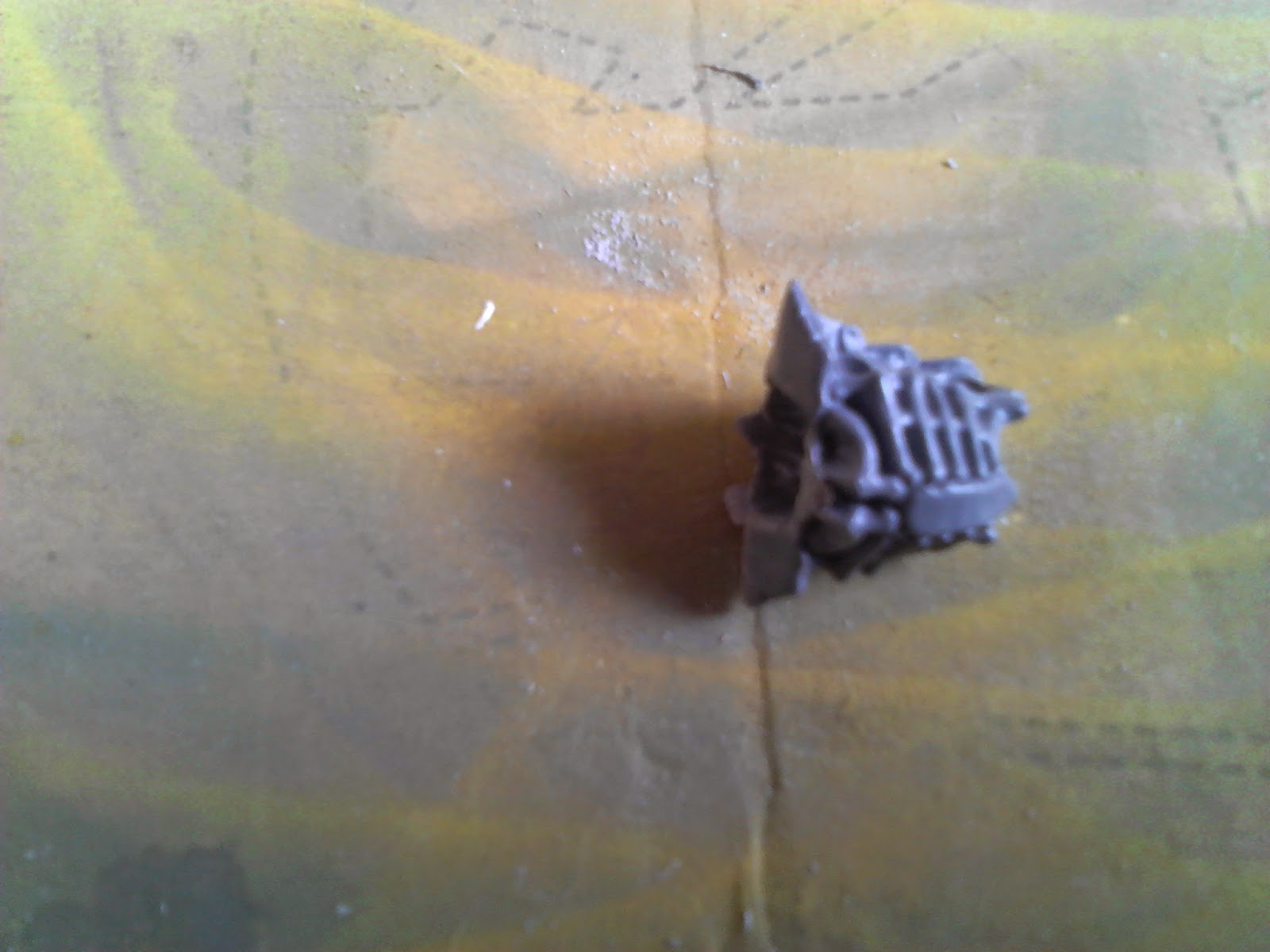 Next we come to the lower body & tail, I'm going to change the curve on the tail by putting a cut just under the forth plate from the top. 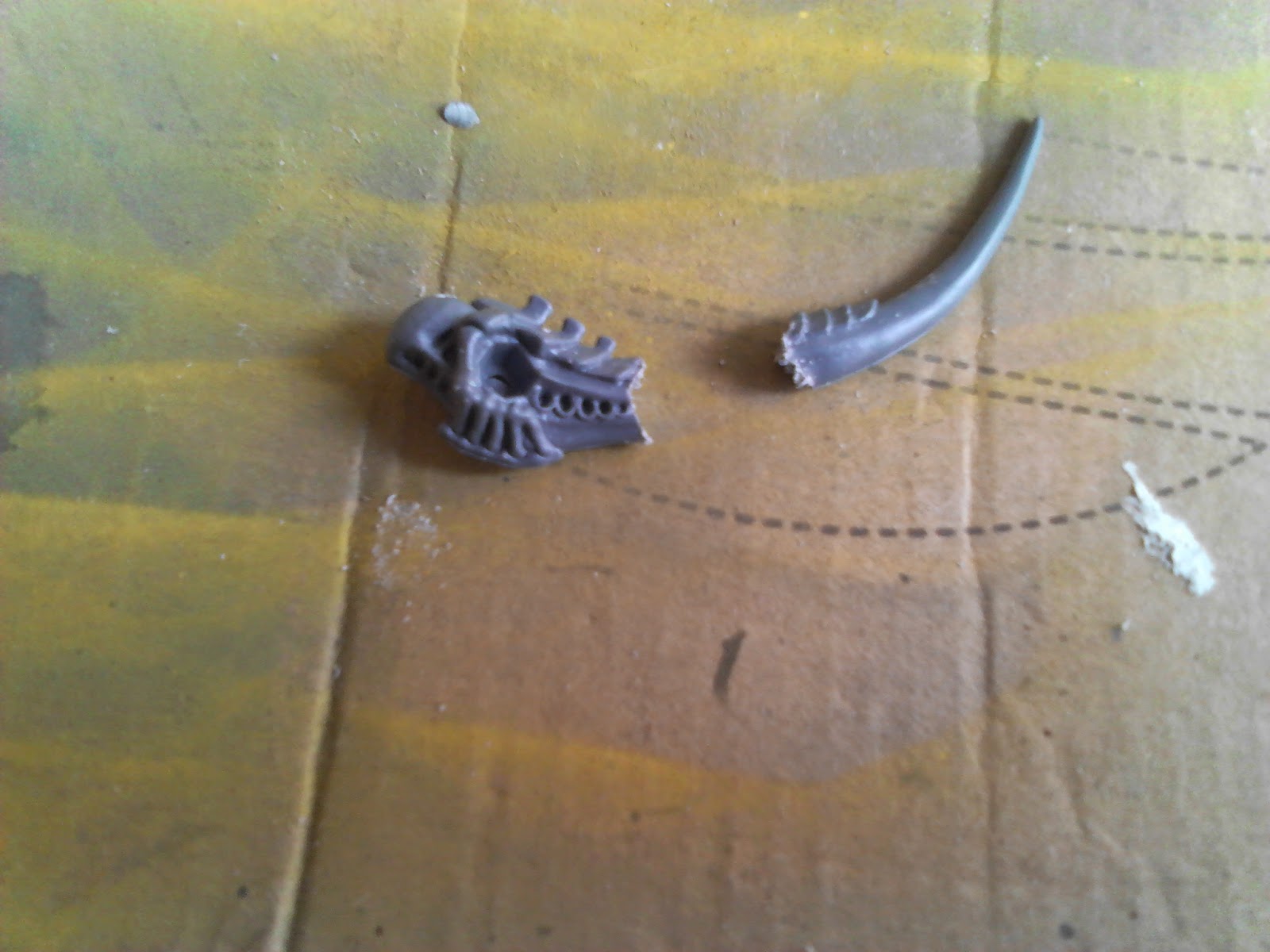 You need to do a bit of pairing on the tail part to change the cuvre, just take it nice & easy here as you don't need to take a lot off. 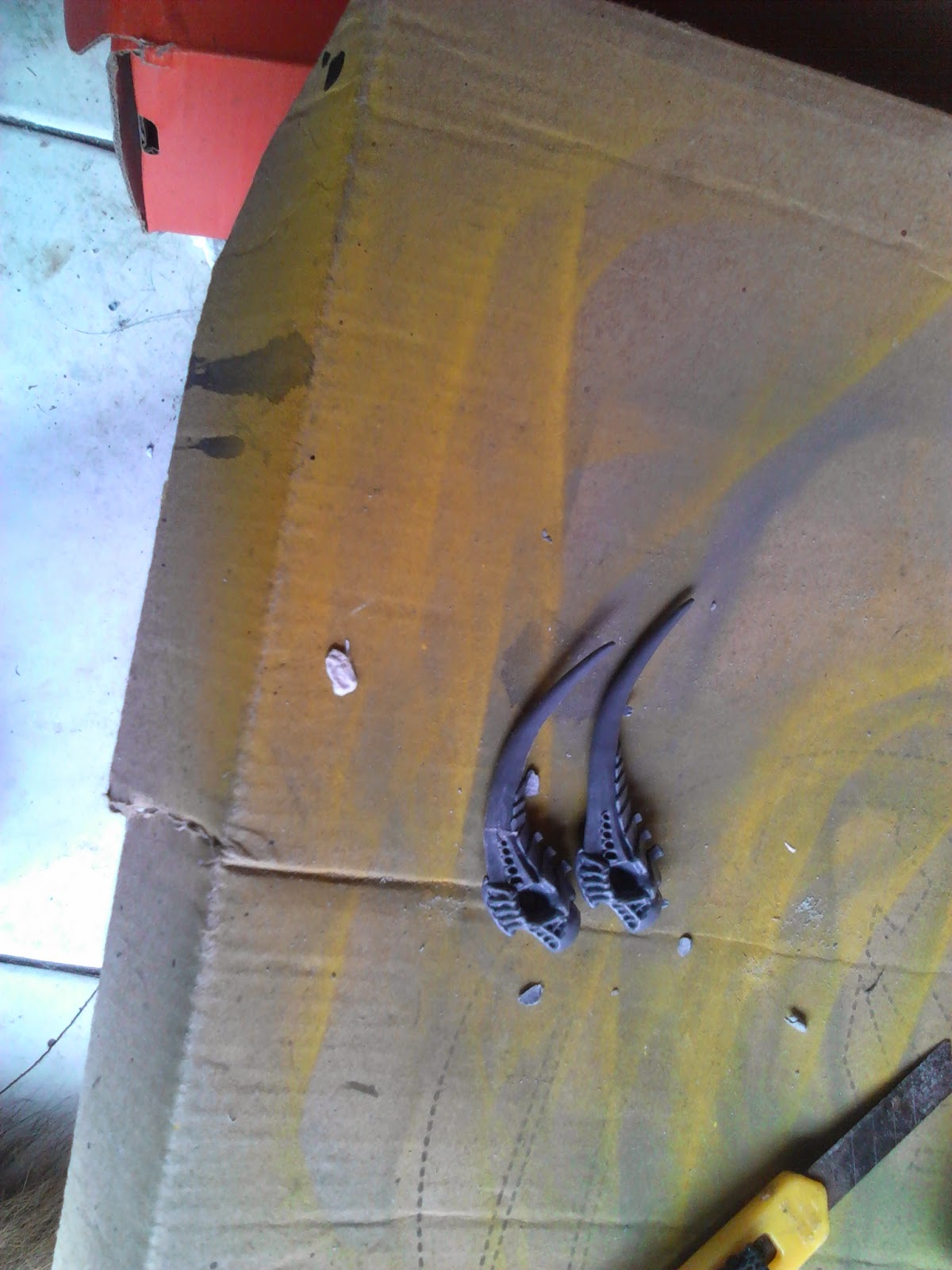 As you can see the one I've altered has more of a curve, now there are a couple of things you could do here you could leave it as it is cut the tail a bit shorter. 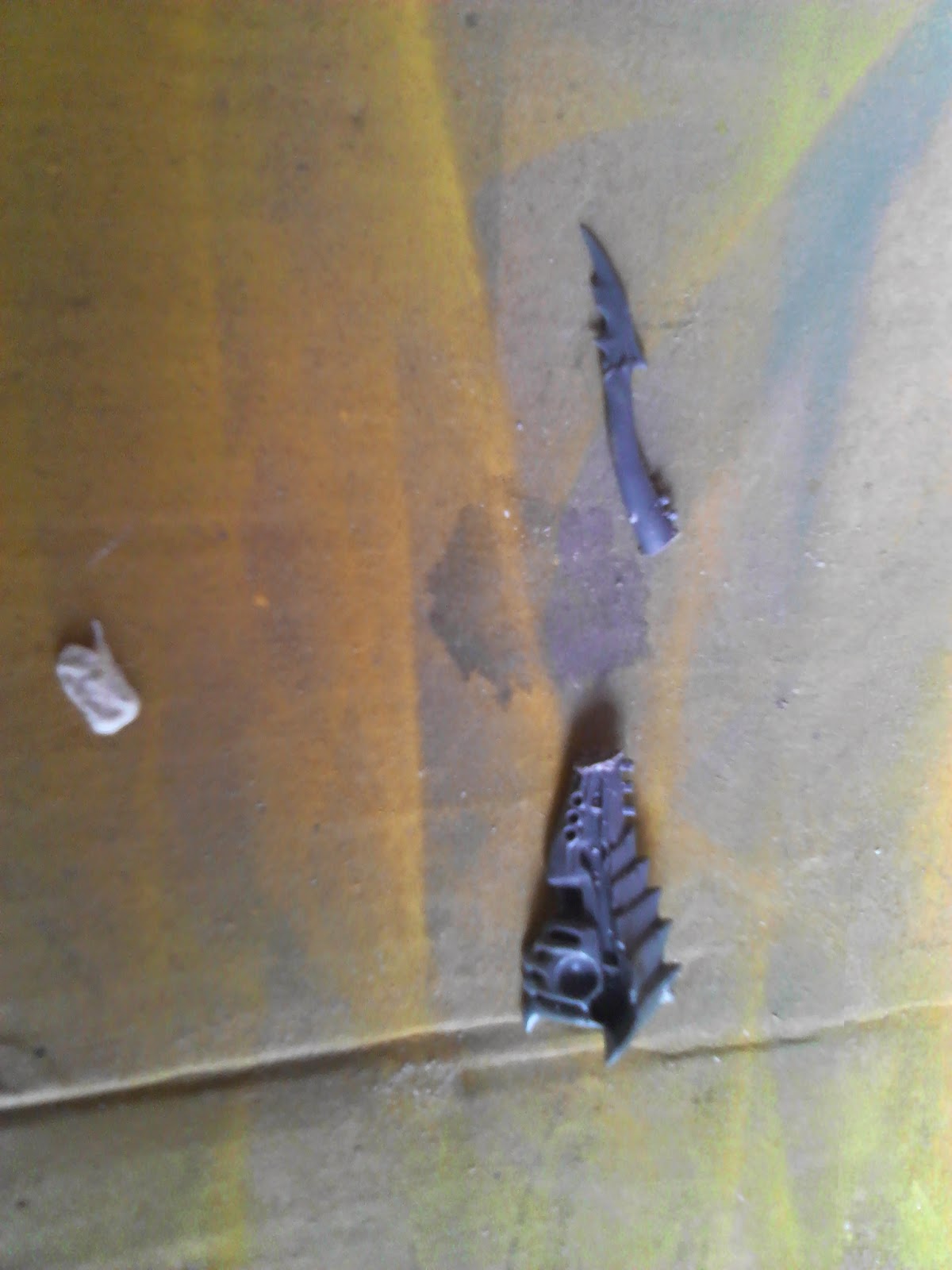 I happened to have part of a gargoyle in the bits box so I cut the tail below the last plate. 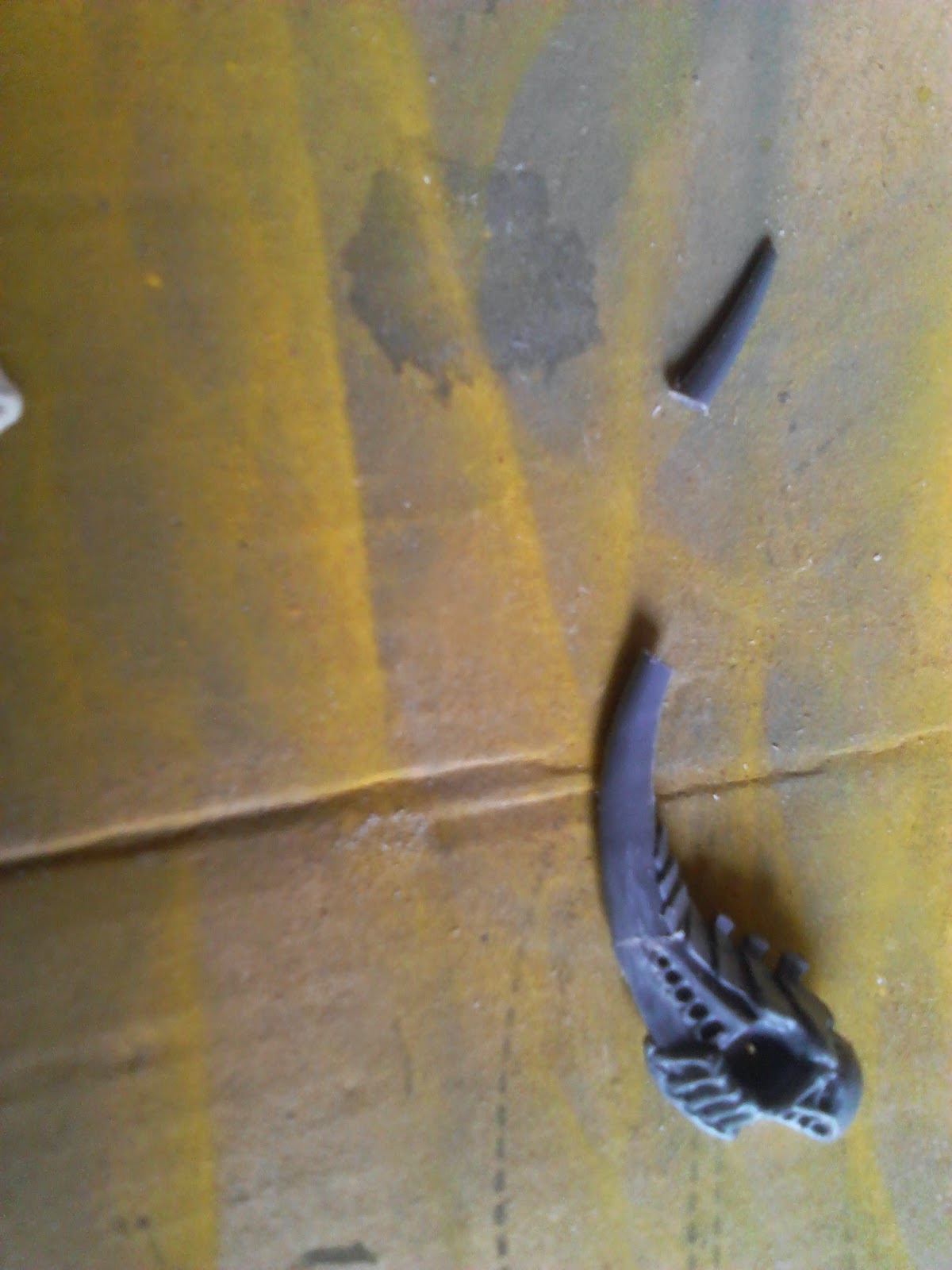 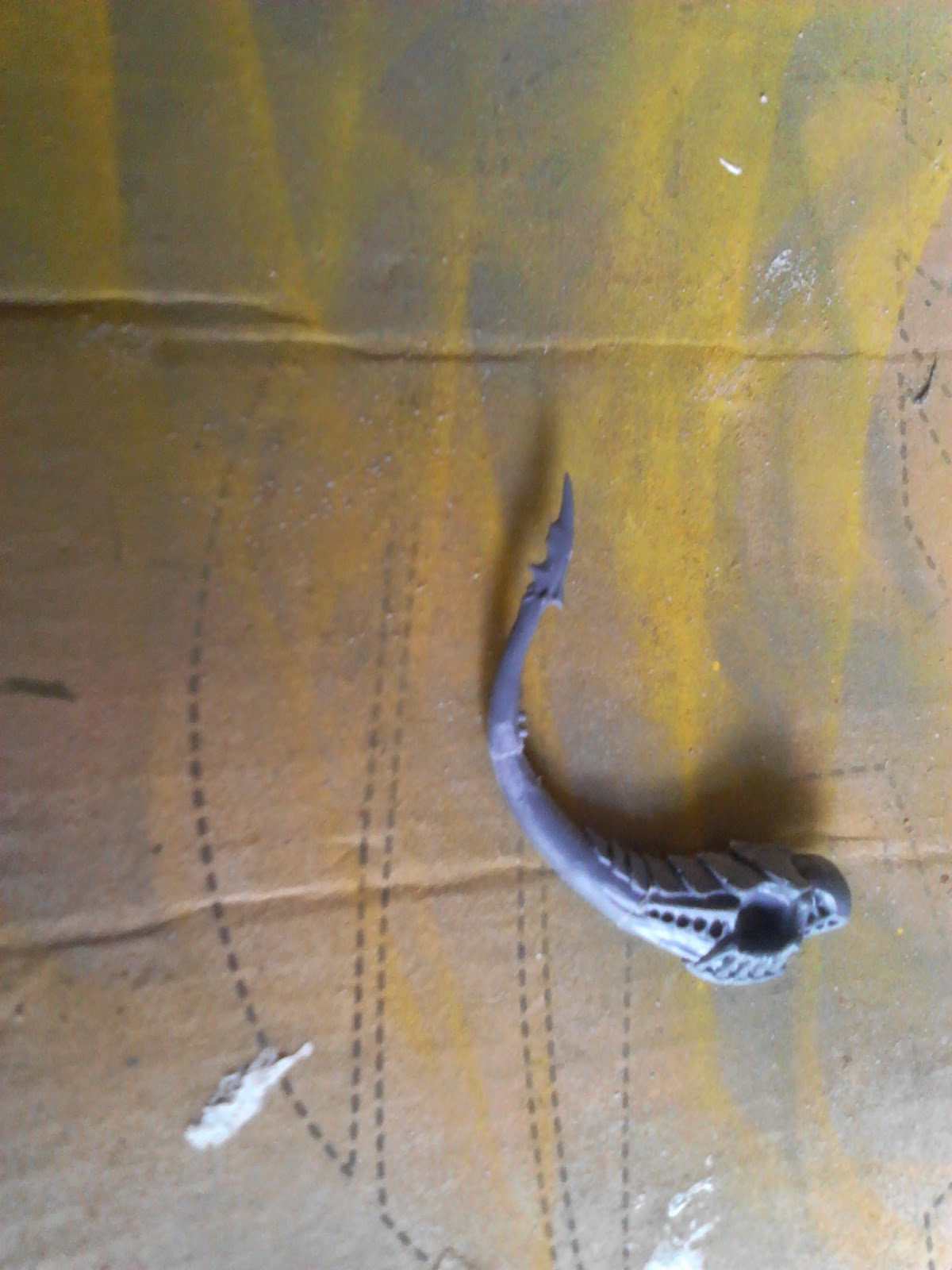 When I done this I made the cuts at a bit of an angle to make it look like the tail is swaying a bit. 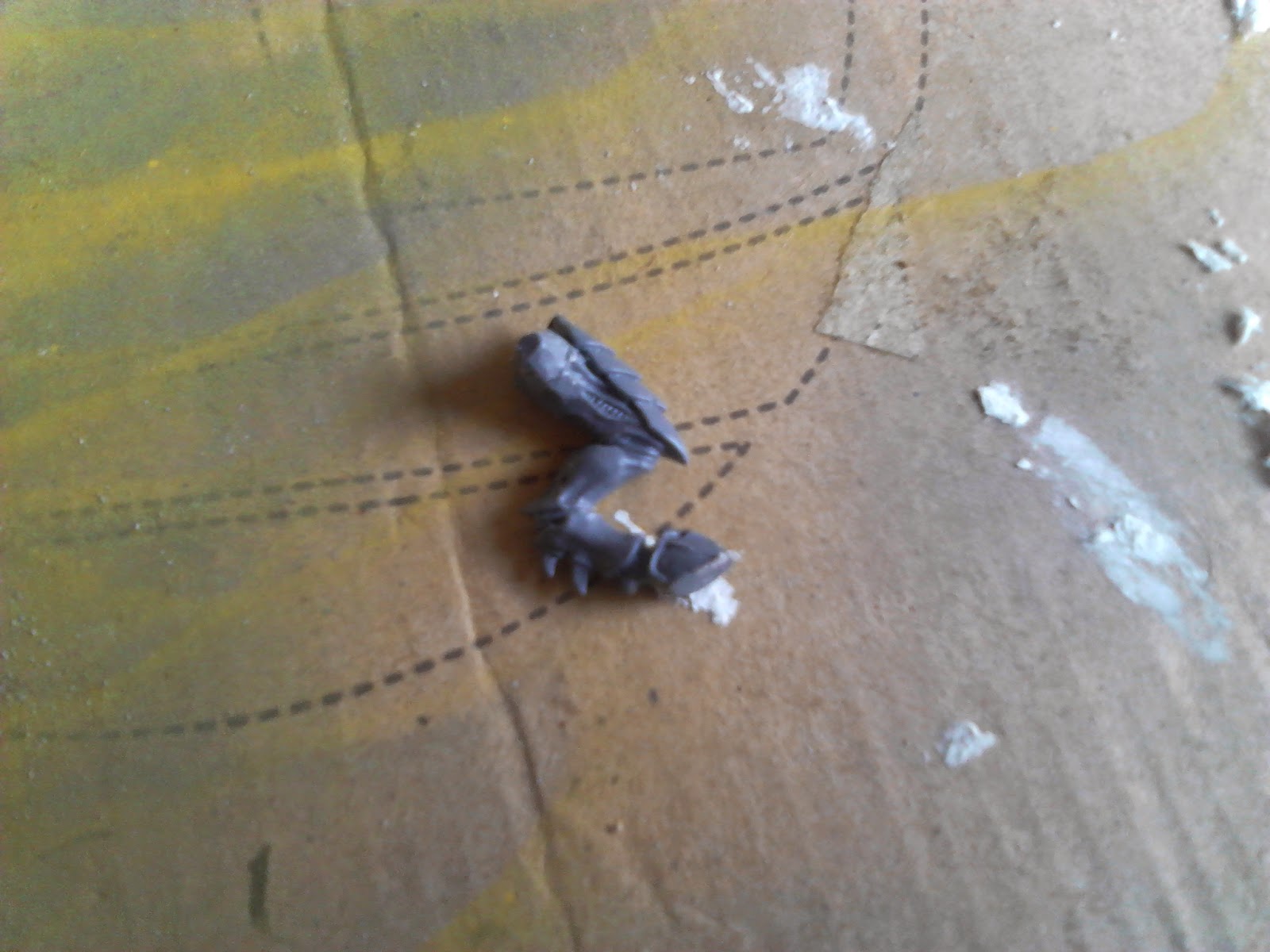 I paired the joint on one of the legs so I could have one raised as I want it to look like it stepping on to something, a rock or a skull or whatever & as you can see below I also removed the parts that rise up on the first couple of plates this will let me change the angle the upper body sit on the lower body. 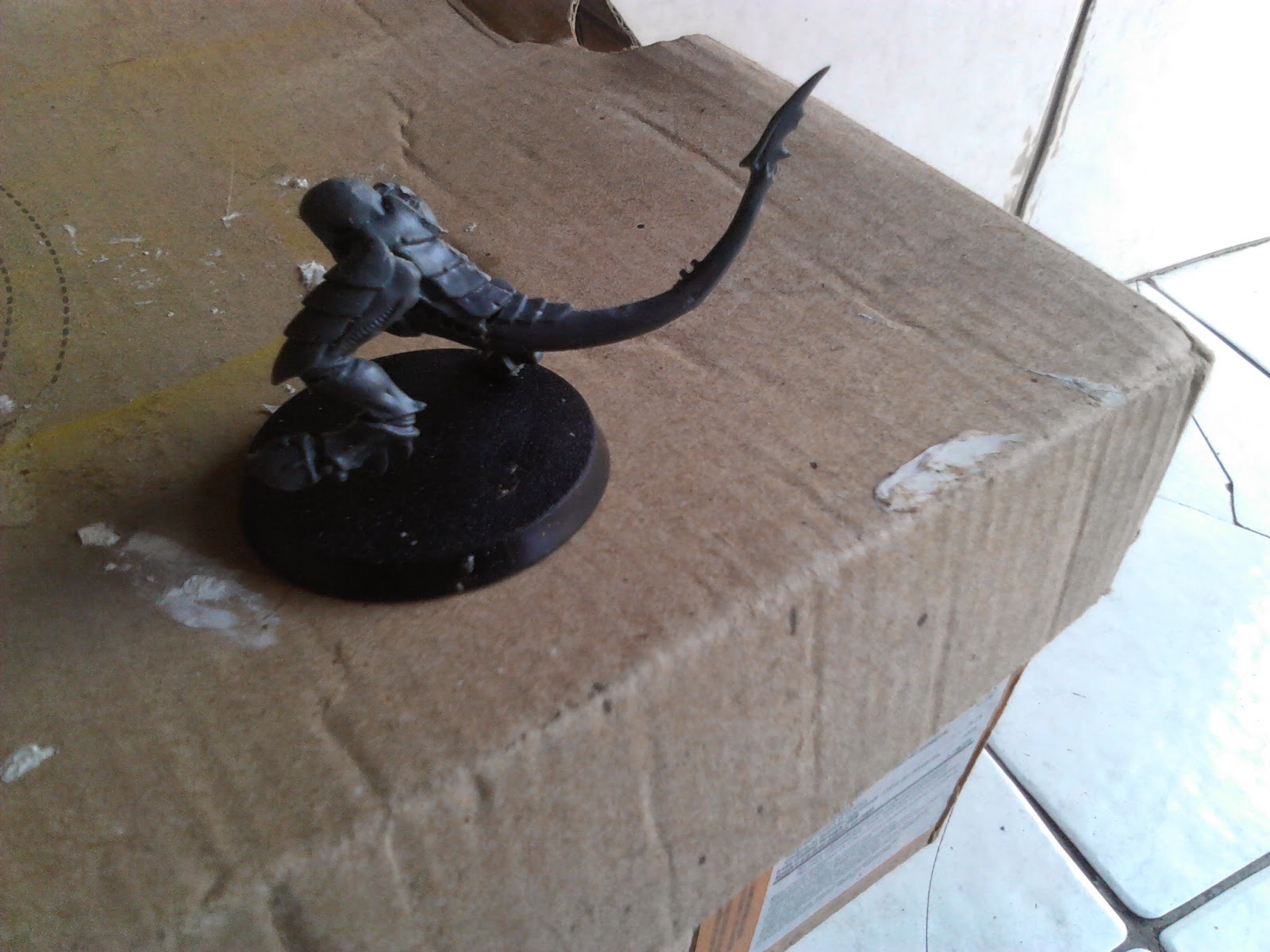 As you can see the tail profile is now complately different from that of a warriors. 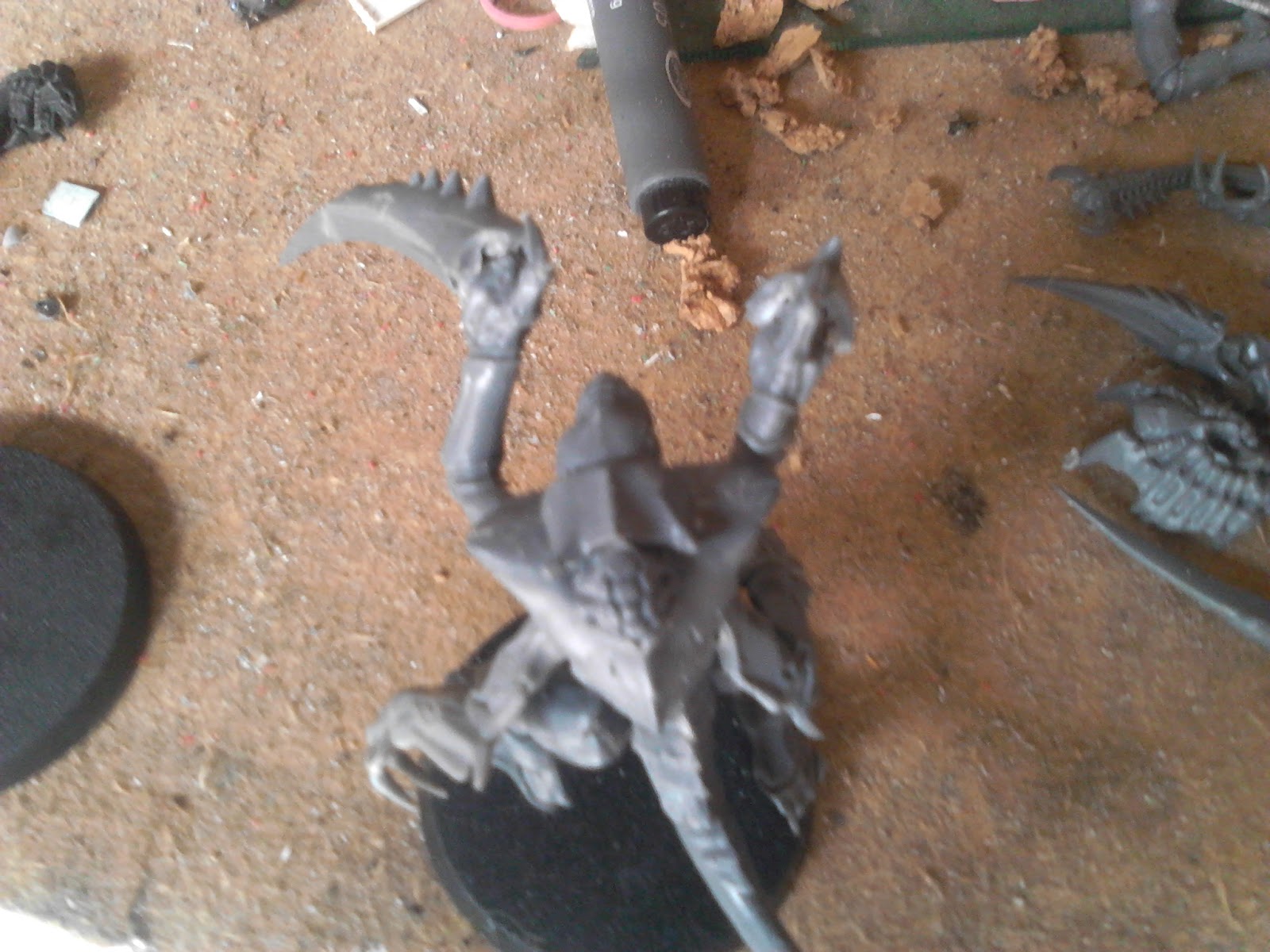 I used one of the plates from the warrior set, the one with a thing like a shark fin & cut the fin off,   to cover behind the head & add a toxin sac, again not really necessary but the more you do the less like a warrior the finished lictor  will look. 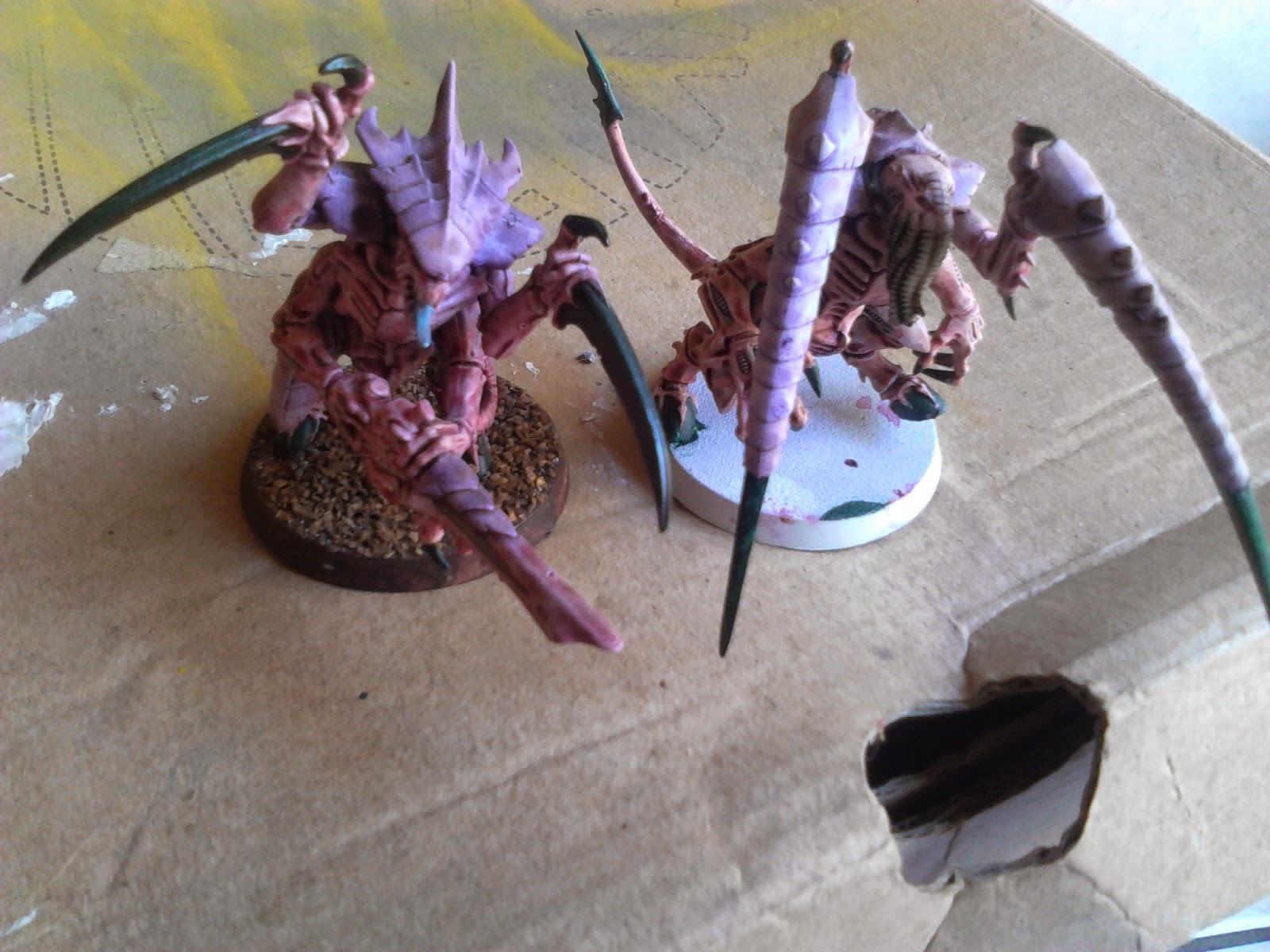 As I hope you can see from the picture above & below the two models look very different. 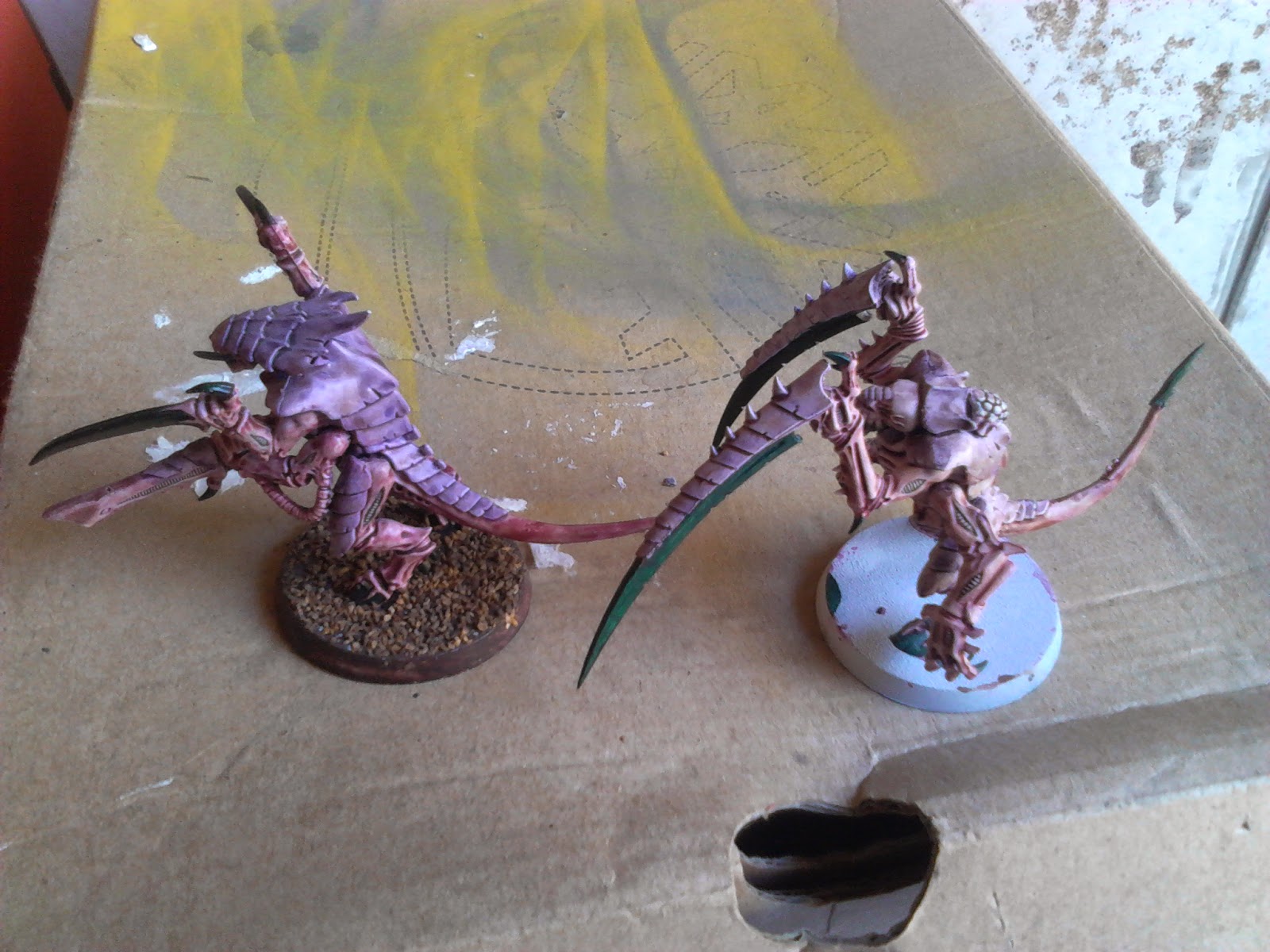 Well that's it I hope you enjoyed it & if you want plastic lictors it will be of use to you, so as always thanks for dropping in.
Posted by Frank O Donnell at 3/12/2015