A game of pulp alley

I managed to get in a game of pulp alley while home last weekend, sadly this was the only picture I got as my wife had unplugged my tablet to charge her phone. l 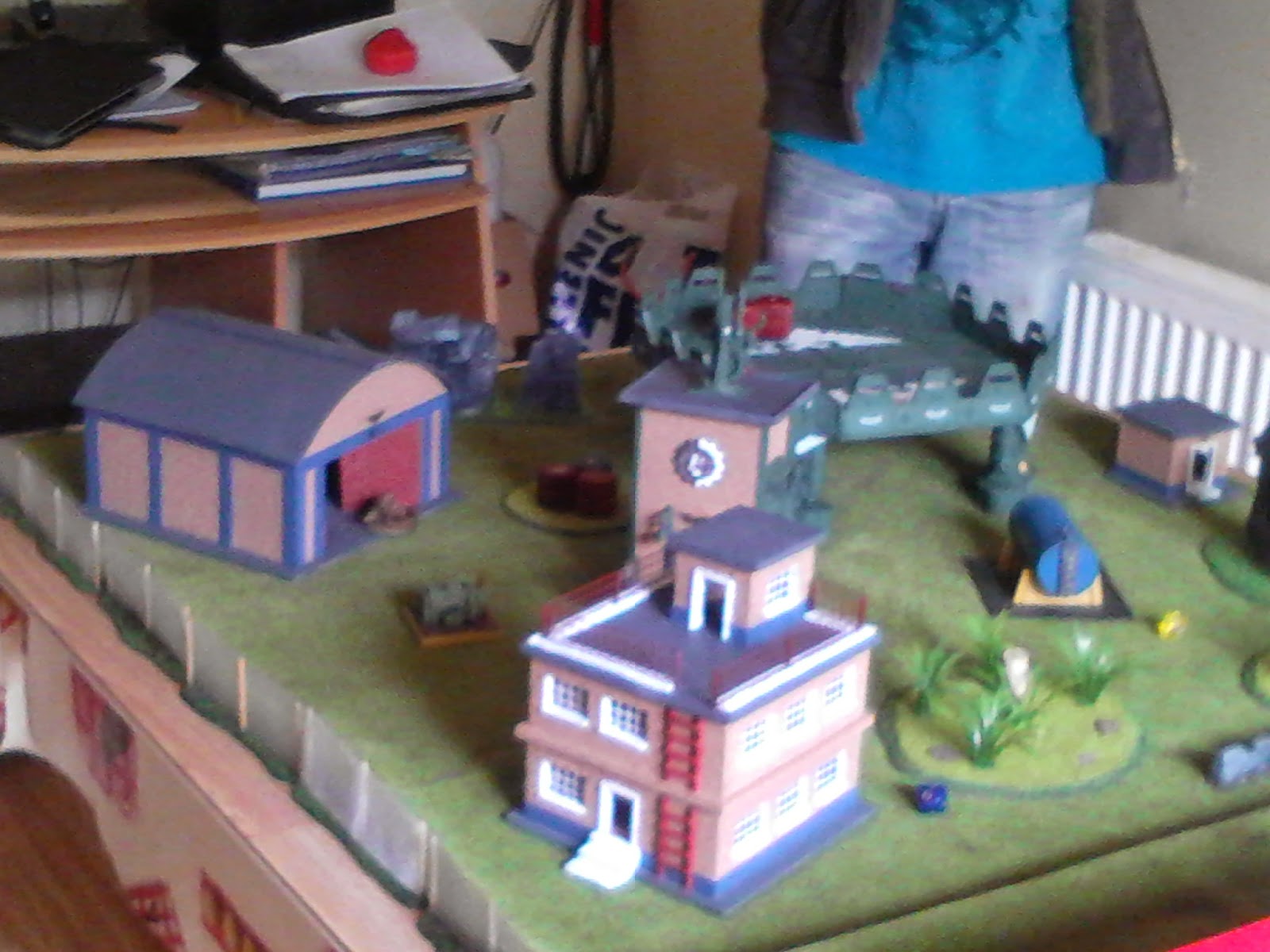 Anyway that was the lay out of the table, we where just playing the starter mission again using the same 3 stat we'd done up for our first game while we tried to get a better handle on the rules not that the rules are overly complicated or anything like that.

Now having played the two games & from what I've read about this game I've come to the conclusion that this game is just really made for fun, now that's not to say that the way other games are is not fun as different people have different ideas as to what fun is.

The thing I think is that the fun in this game is more in a slapstick kind of way which is not everyone's cup of tea, I'd one of my dudes spend 4 turns trying to climb up the ladder you can see on the building above only to end up killing himself trying :-)

Now as I've said before you really do need to be given your imagination a bit of a work out when playing this game as just about anything can happen & it really helps if you can come up with a reason for it, I'll try to explain, in this game you've got cards that you play to either help yourself or hinder other players.

So as Paddy activated one of his man I played a card that made him take a test which he failed & his guy died, now as all this guy did was walk across the grass there had to be something that killed him , so we said he got bitten by a deadly snake :-)

I can a sure you that there is a lot more to this game then just silly slapstick moments & it would seem to by a game where in you can bring anything to live, if you want shoot outs or roof top chases  it can be done, if you wanted to recreate the opening part of raiders of the lost ark if you built all the right terrain this game would let you do it, as it really does seem to be a game where anything is possible & I look forward to getting some more action in.

As always I'll finish up by thanking you for dropping in I hope you enjoyed it & also my thanks to Paddy for the game.
Posted by Frank O Donnell at 10/05/2014