I got another couple of models done up for the army, these where a priest & a death cult assassin not the GW official models but I think they both fit the bill for what I'm looking for. 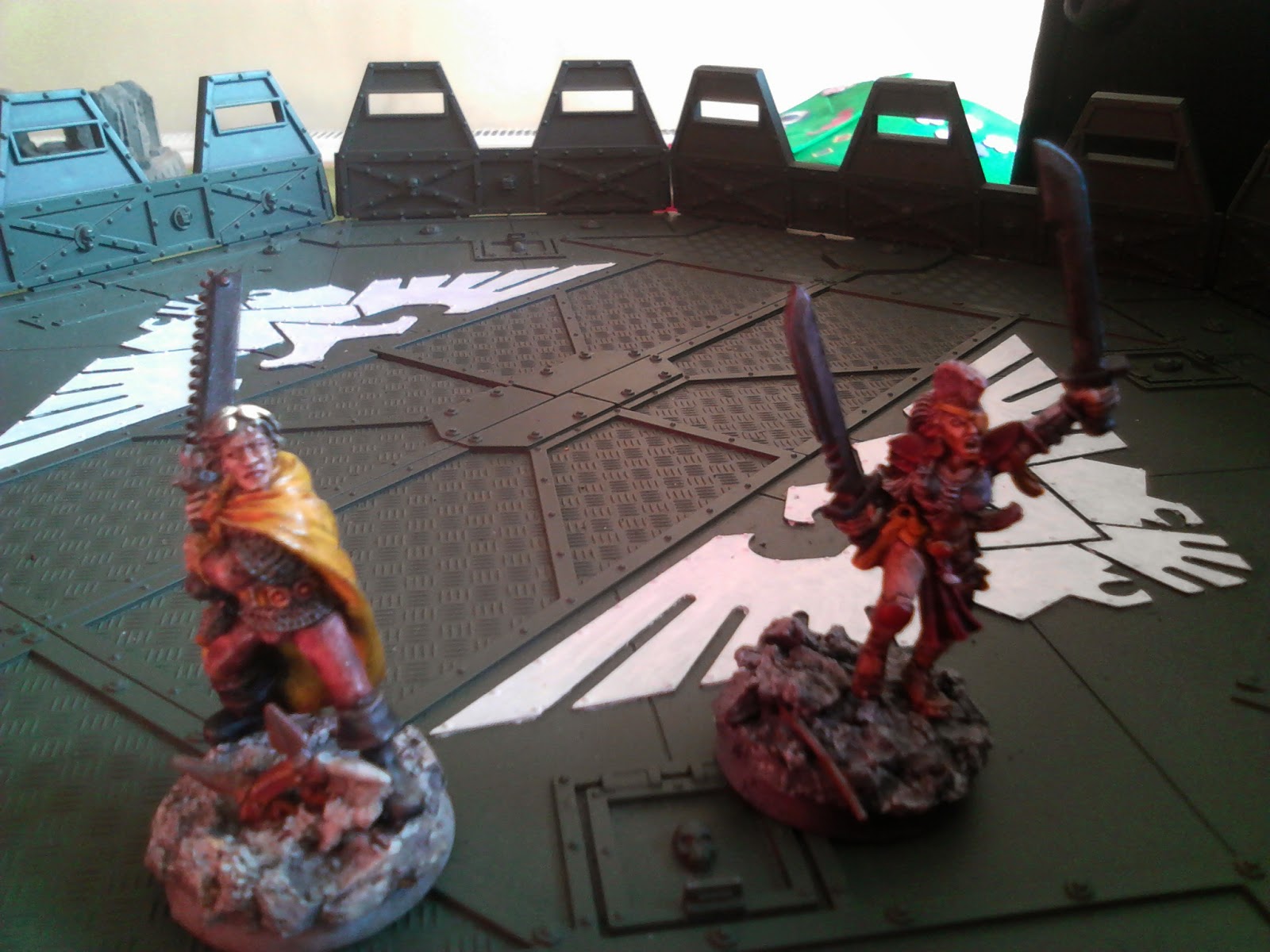 First we'll have a look at Father Felix, called so because the model use is the WHFB model of Felix &  Gotrek  fame, just a little conversion removing the sword & giving him an eviscerator & the jobs a good un. 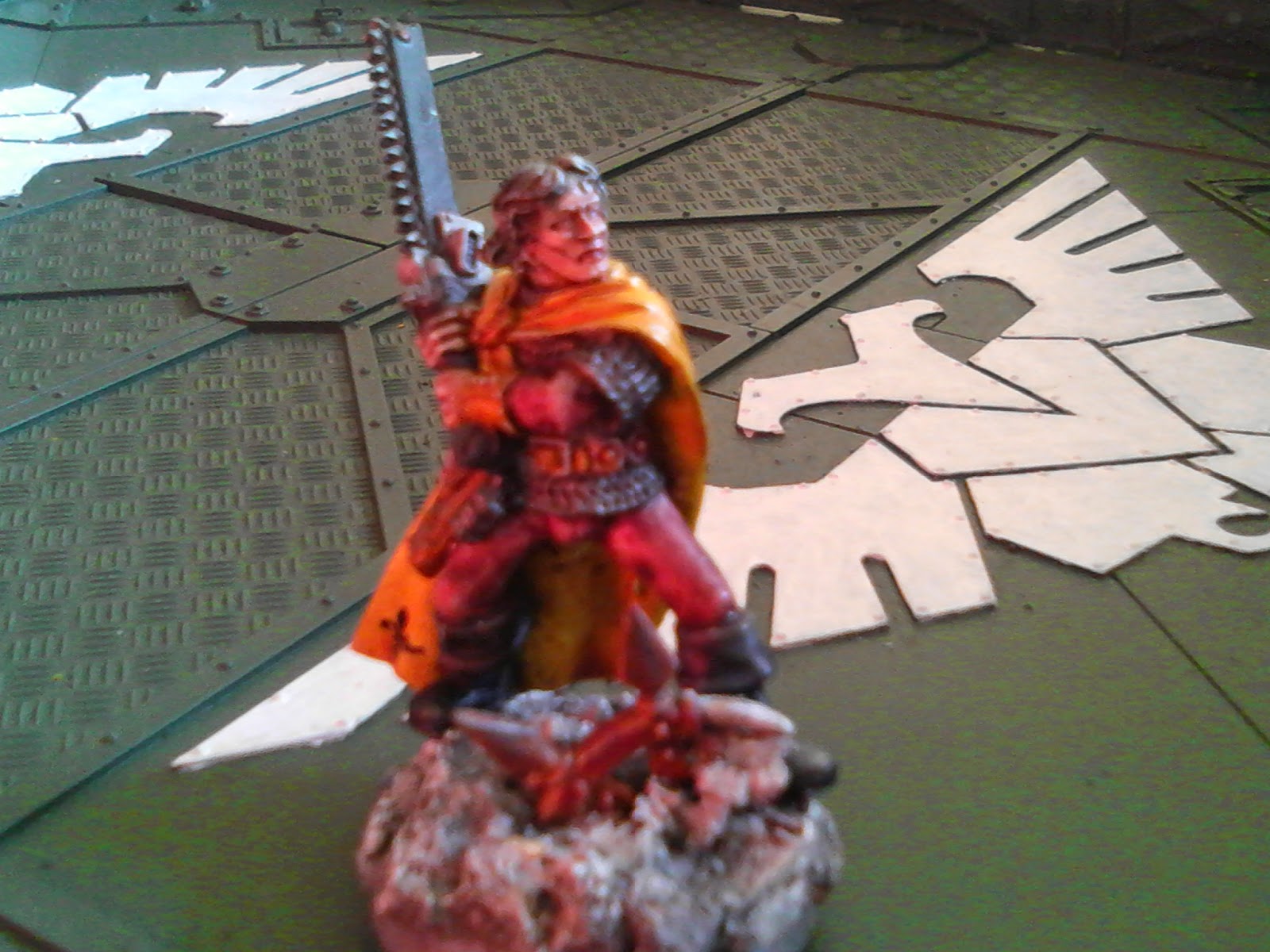 With Maggie there wasn't even that to do just painter her as she was, Maggie is a necromunda model to the best of my knowledge but I like the look of her & as there is only two different type of models for death cults you need to think outside the box a bit. 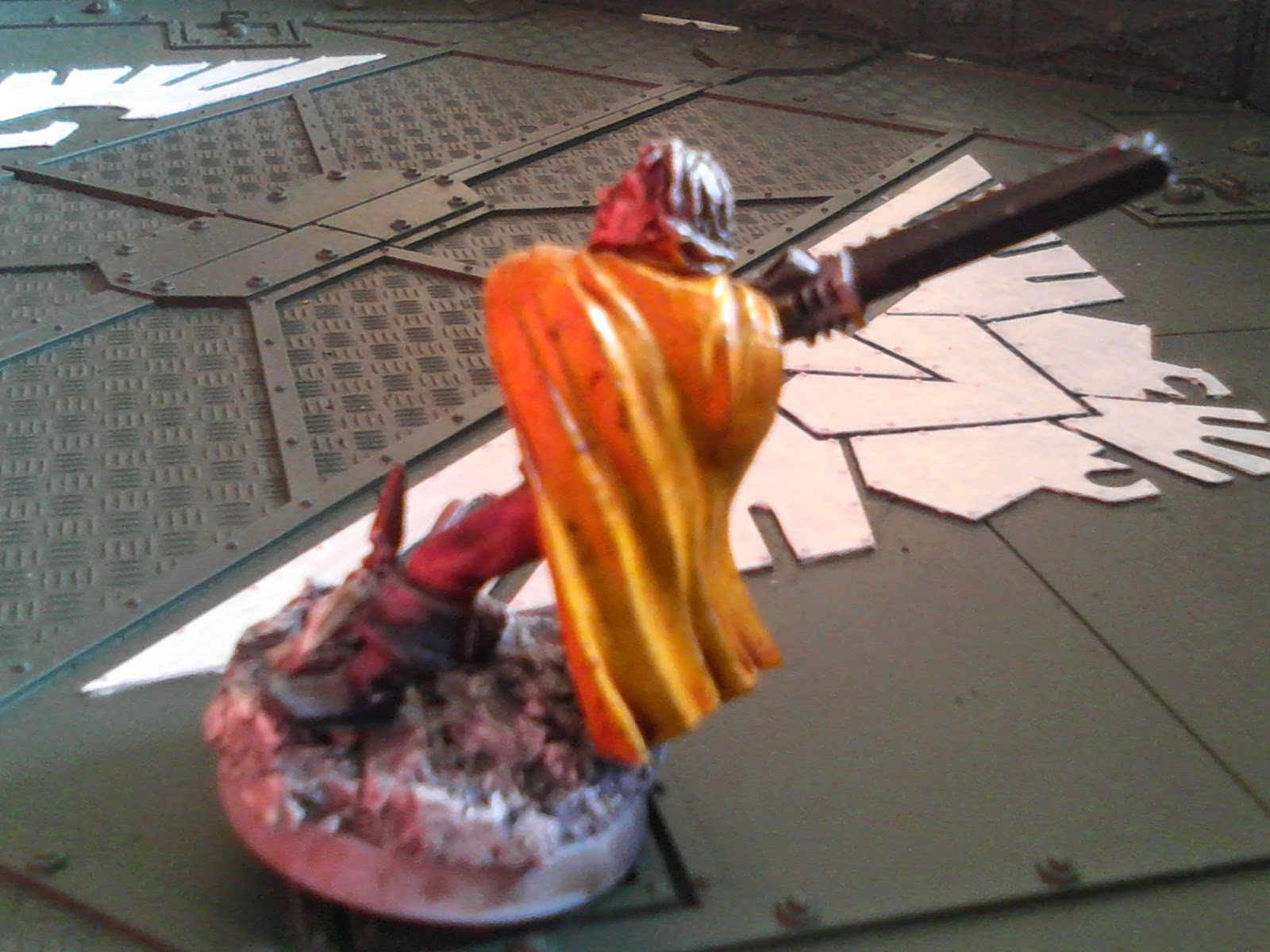 On the gaming front I got in a game yesterday with my son in-law Ralph who was using his crons, now Ralph is a good player & has a very solid cron army so this was to be my biggest test yet with the SoB's IG's. 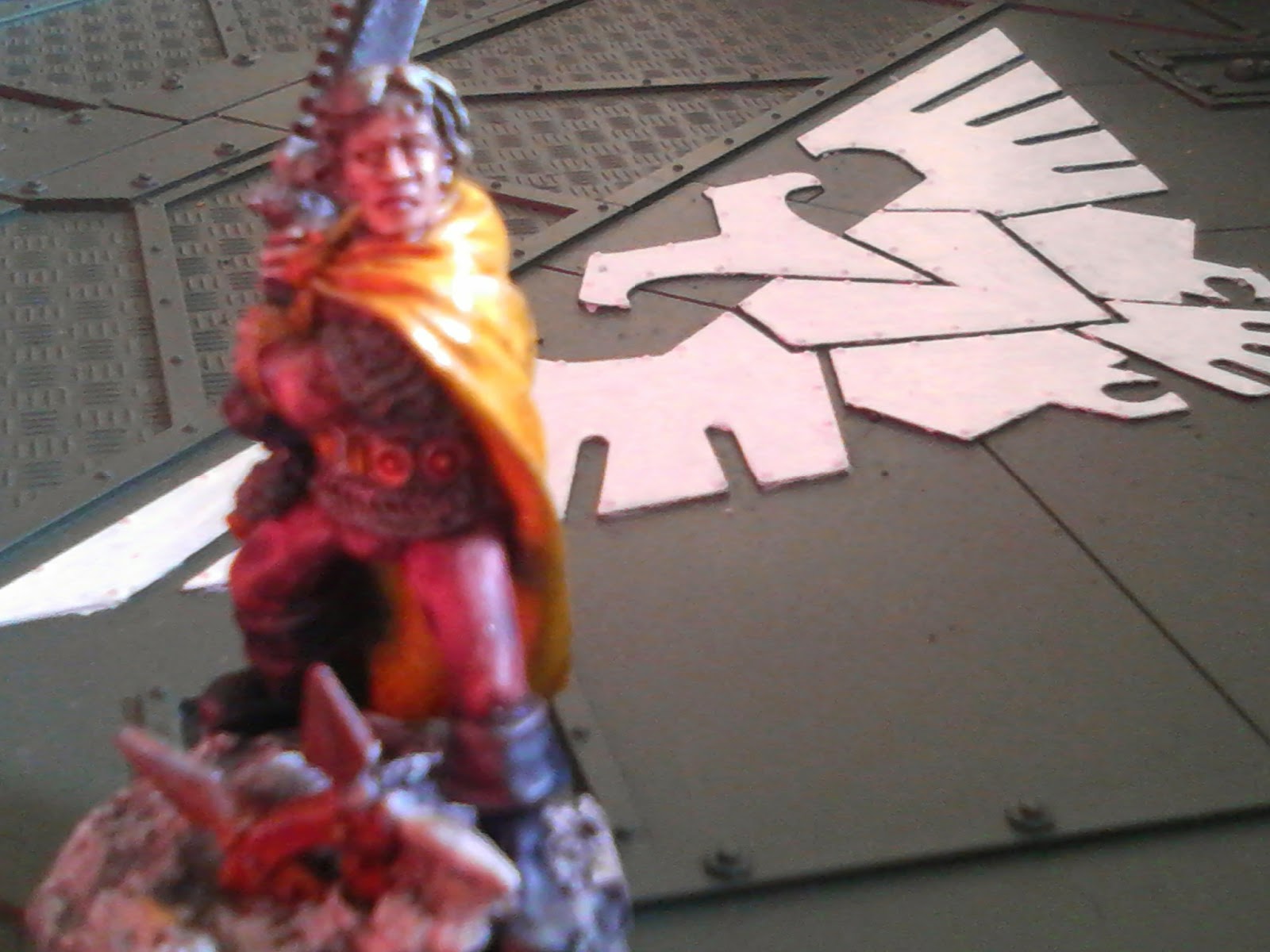 Now if you've read my last post where I talked about growing pains this game summed up exactly what that post was about with me making newb mistake all over the place, now this is not me trying to take anything away from Ralph who played a very good game & fully deserved his win, no this is me talking about me doing stupid  things like in a combat first off forgetting I'd ++saves & then braking in that combat with my HQ (who is fearless btw) & running off the table to give up slay the warlord. So while I lost the game I'm happy enough with how the army did over all considering some of the mistakes & bad play on my be half, as I've said already the plan is to to get to learn the army inside & out & hopefully be able to give a good account of it in my games as that is after all is all I'm looking for. 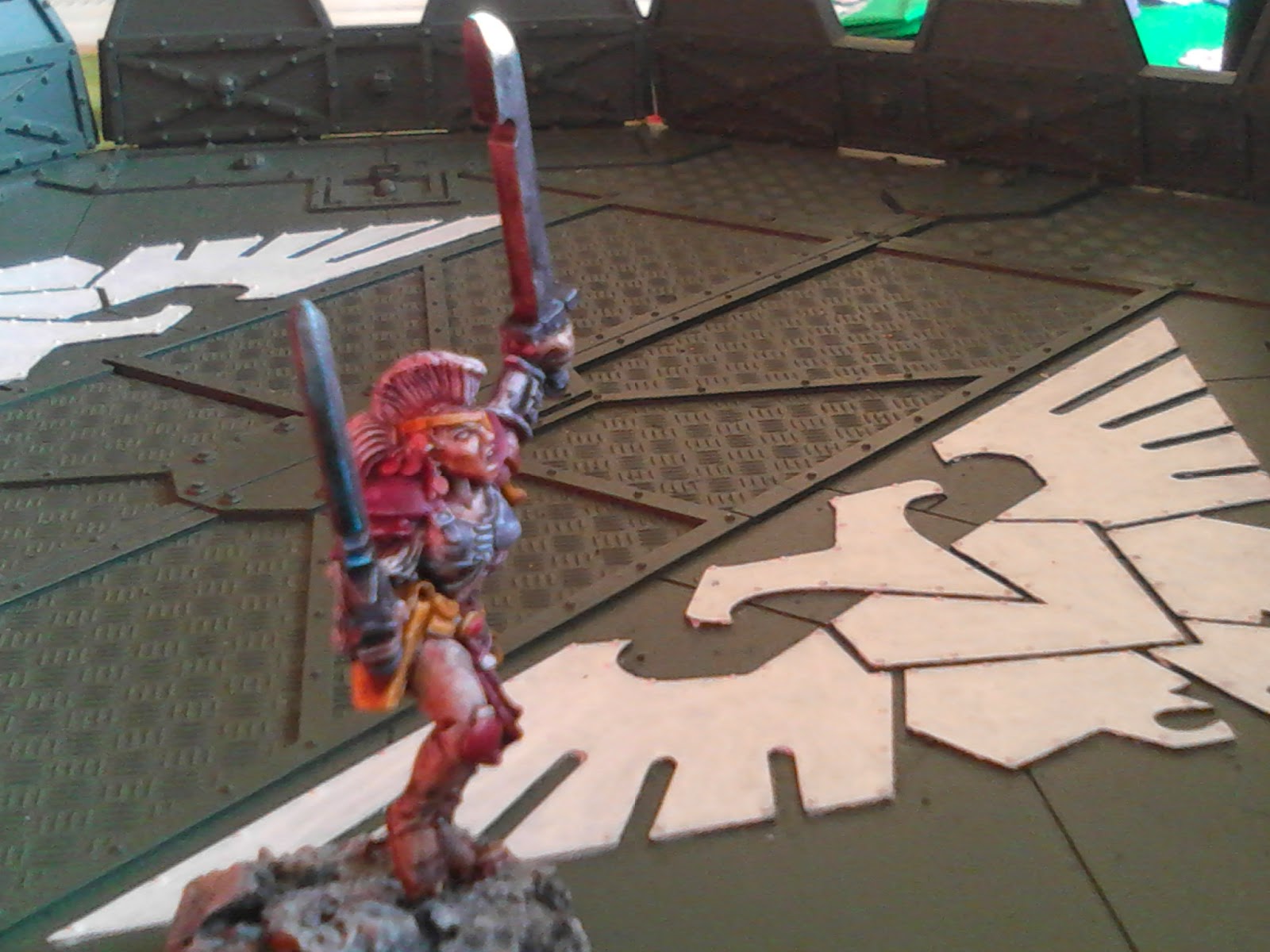 I'm in a good place hobby wise at the moment & this army has a lot to do with that both from a modelling & painting point of view & from a gaming point of view, I'm happy with the way the army is coming along on both fronts & I look forward to the day when it can take to the battlefield in all it's painted glory & I hopefully by then have mastered using it or at the very least remember all it's rules. 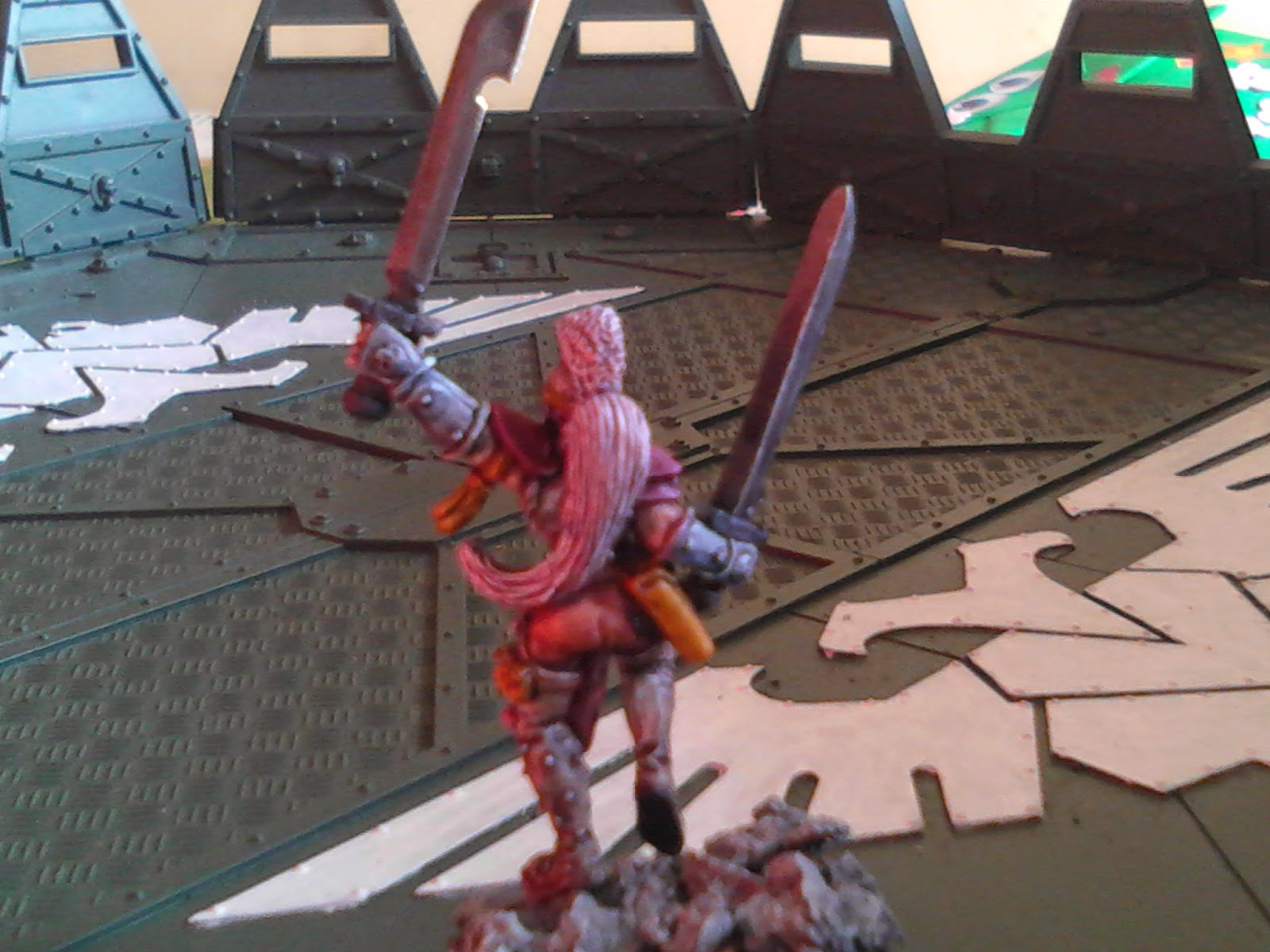 Losing I can live with, bad dice rolls I can live with, but bad play & silly mistakes get right up my nose, but when you've let your game decline as much as I have well you've just got to except (that to quote John Lennon) it'll be just like starting over. 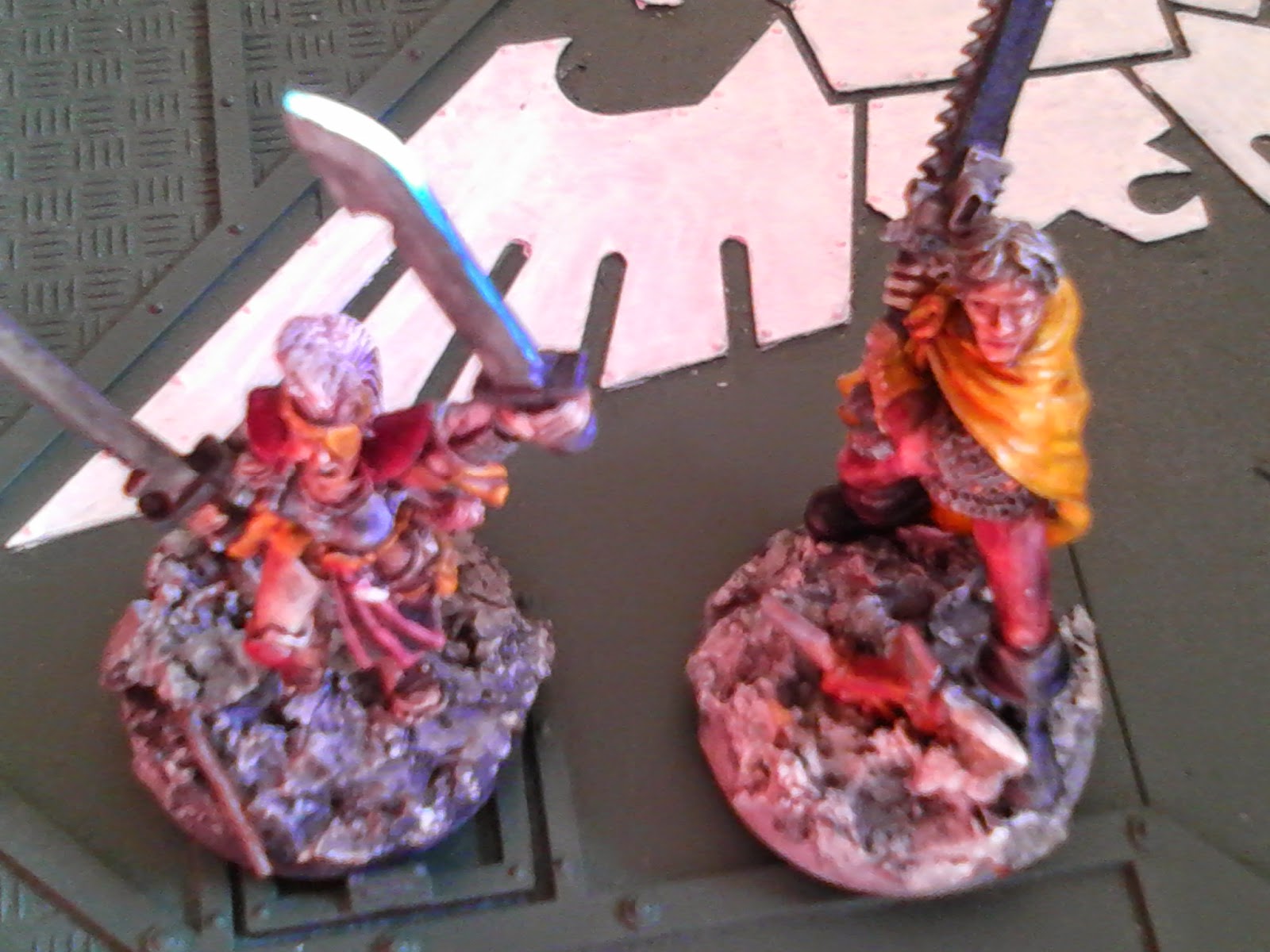 So from Father Felix, Maggie & myself thanks for dropping in I hope you enjoyed it