40K bring your Daughters to the Slaughter

I know that a couple of posts back I said I was going to be using guard as my main 40K army, well it turns out I lied lol. 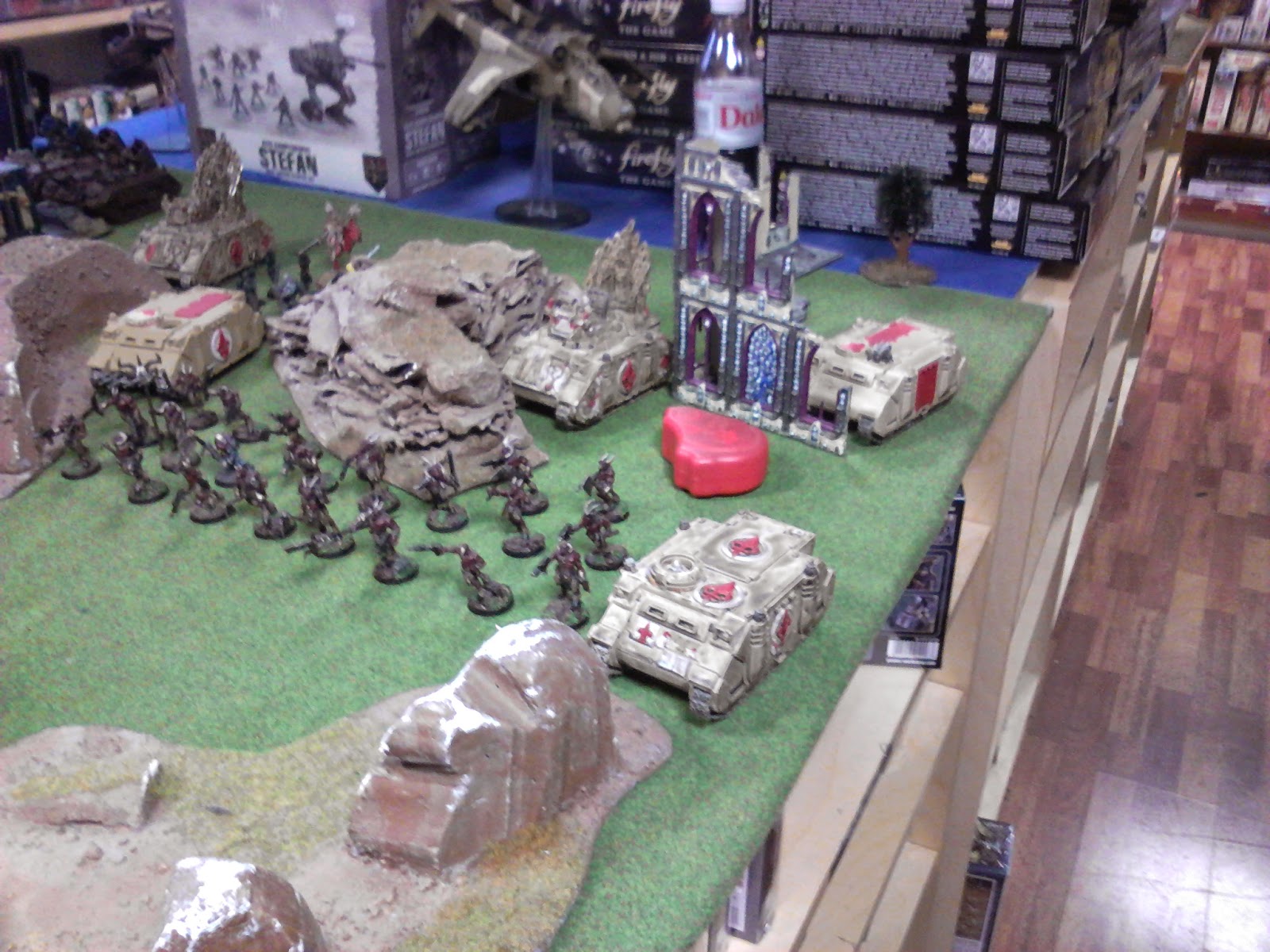 Now at the time I done that post I had indeed every intention of doing just that & did play 1 & a bit games with them, but since then I've changed things a little. 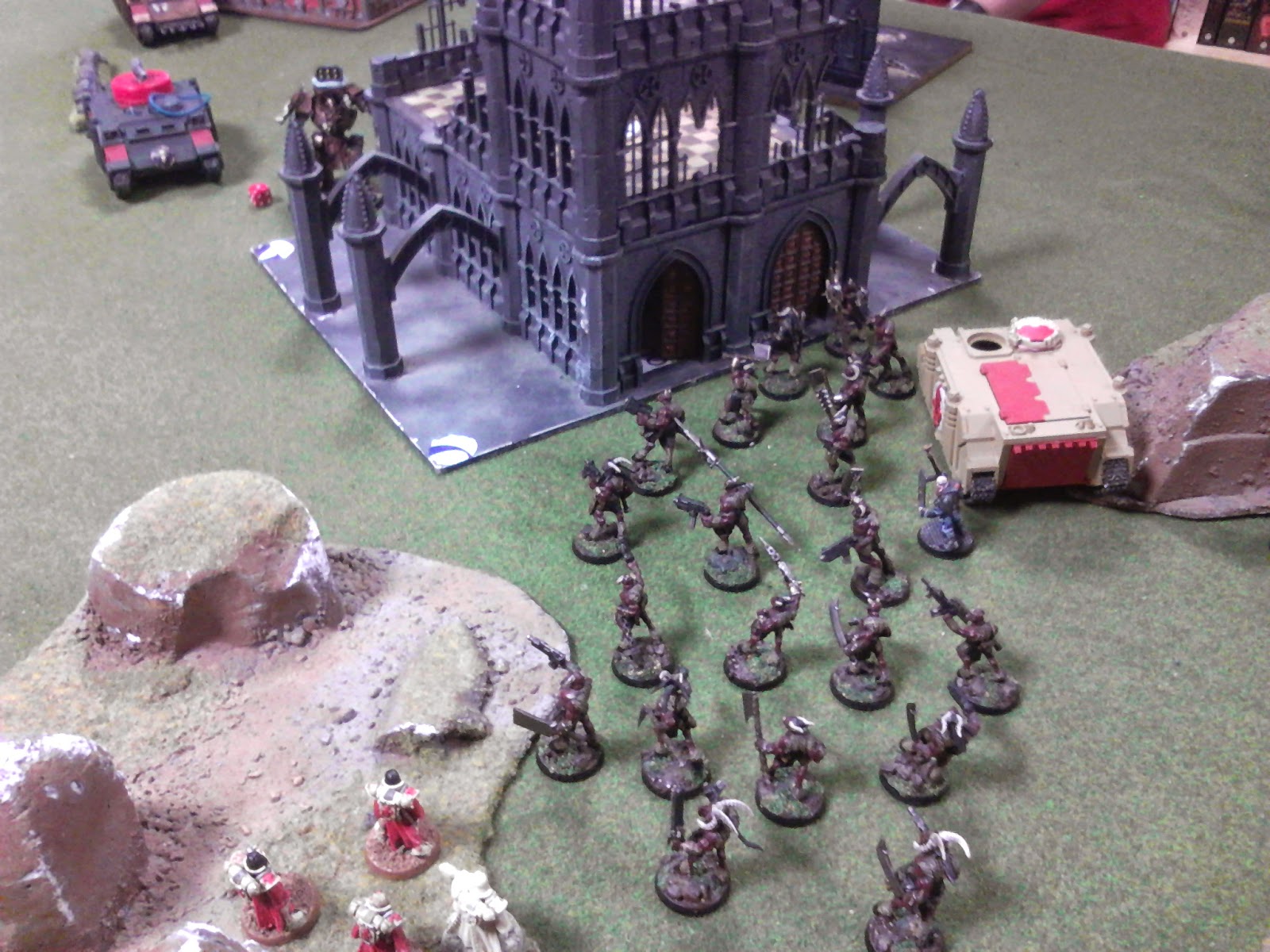 So what have I been using you ask ? well it just so happens I've been using my Adepta Sororitas aka SoB, now while these girls have had a big fall from grace in power level they are not by any means useless. 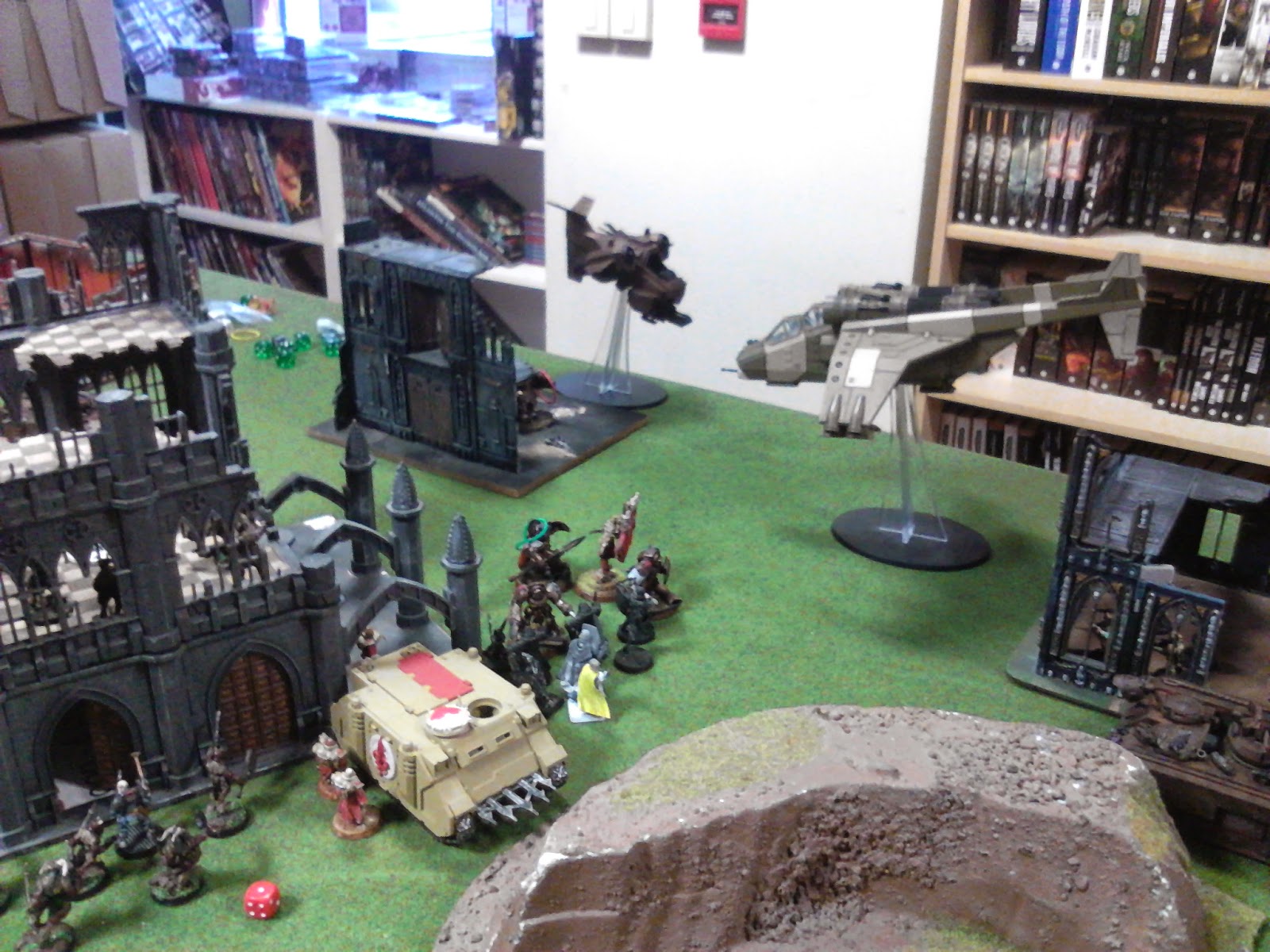 With some very good units still in there dex & been able to take allies to plug a few holes I've come up with an army that I'm enjoying playing & while not anything silly seems so far to be able to put up a fight. 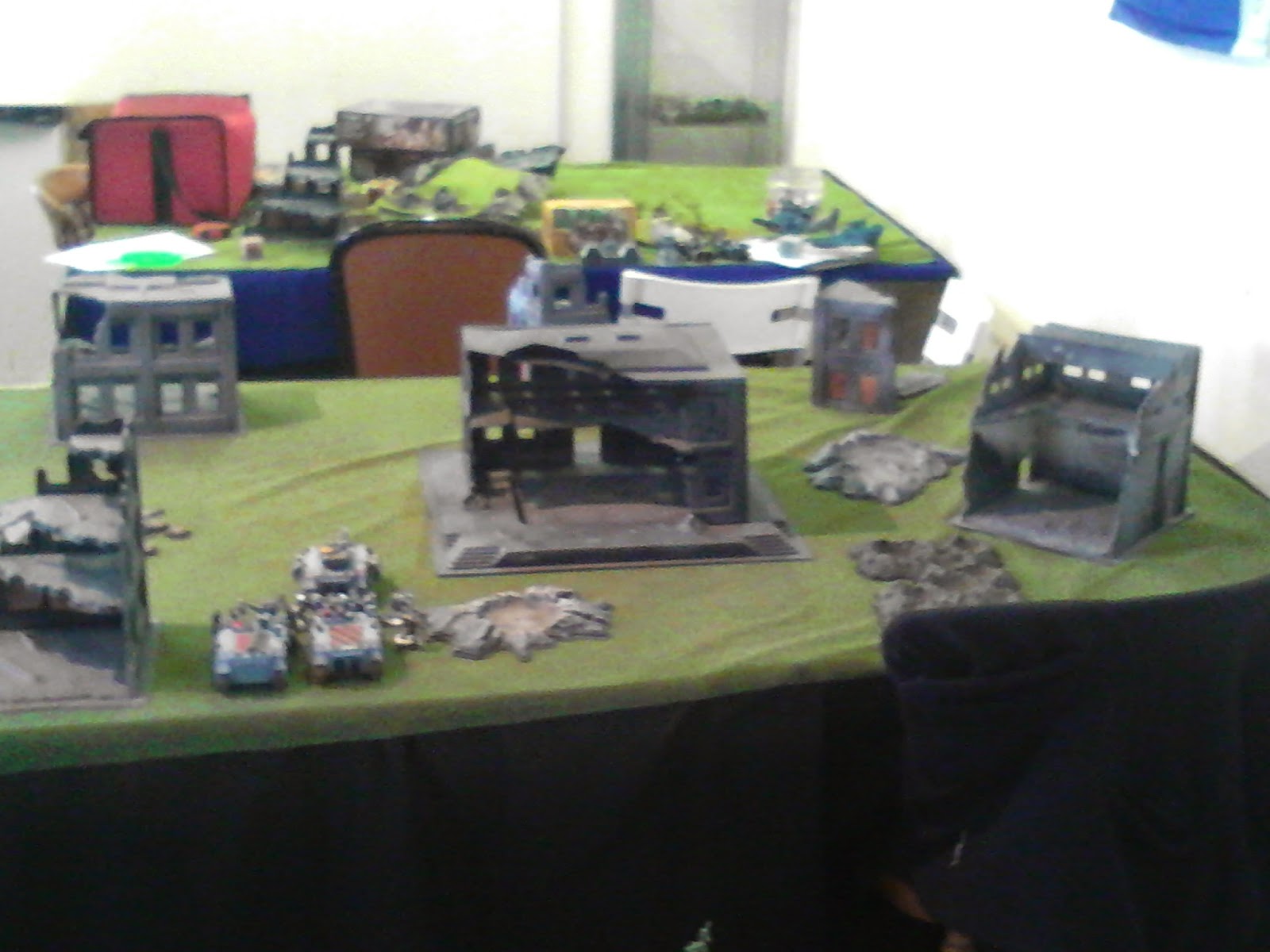 Why did I do a u-turn on the guard ? well that's an easy enough question to answer, you see I bought the sister's army a while back & my plan was to strip it down & repaint it, the problem was that because I wasn't using it it was just sitting there in the very same way I got it. 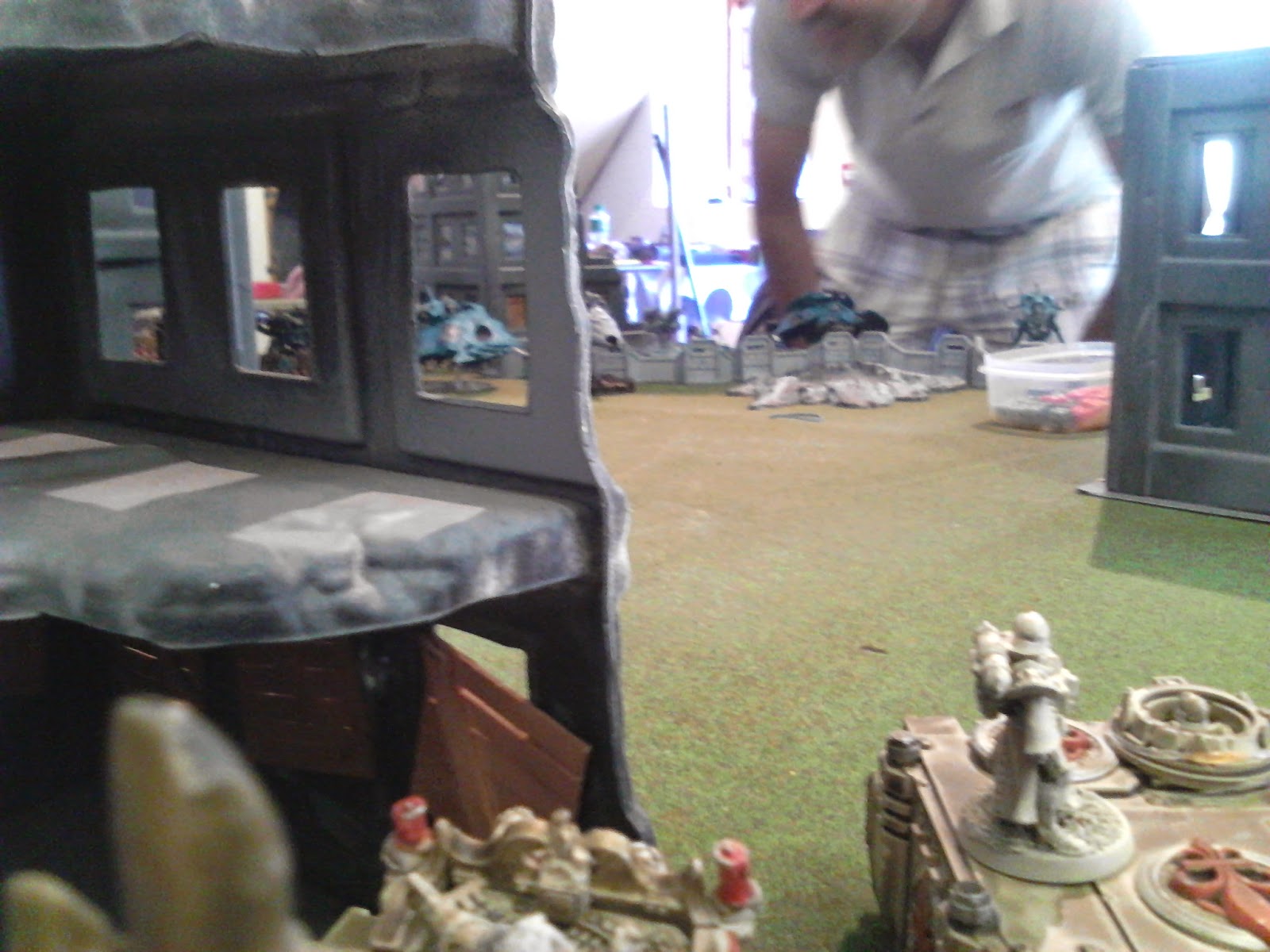 I done a test model which if you haven't seen yet is here & have been working away on the army since.
http://ifitwasntforone.blogspot.ie/2014/06/40k-adepta-sororitas.html
The plan is to replace the units with the newer one as they become ready something you'll be able to see if you come to this blog often. 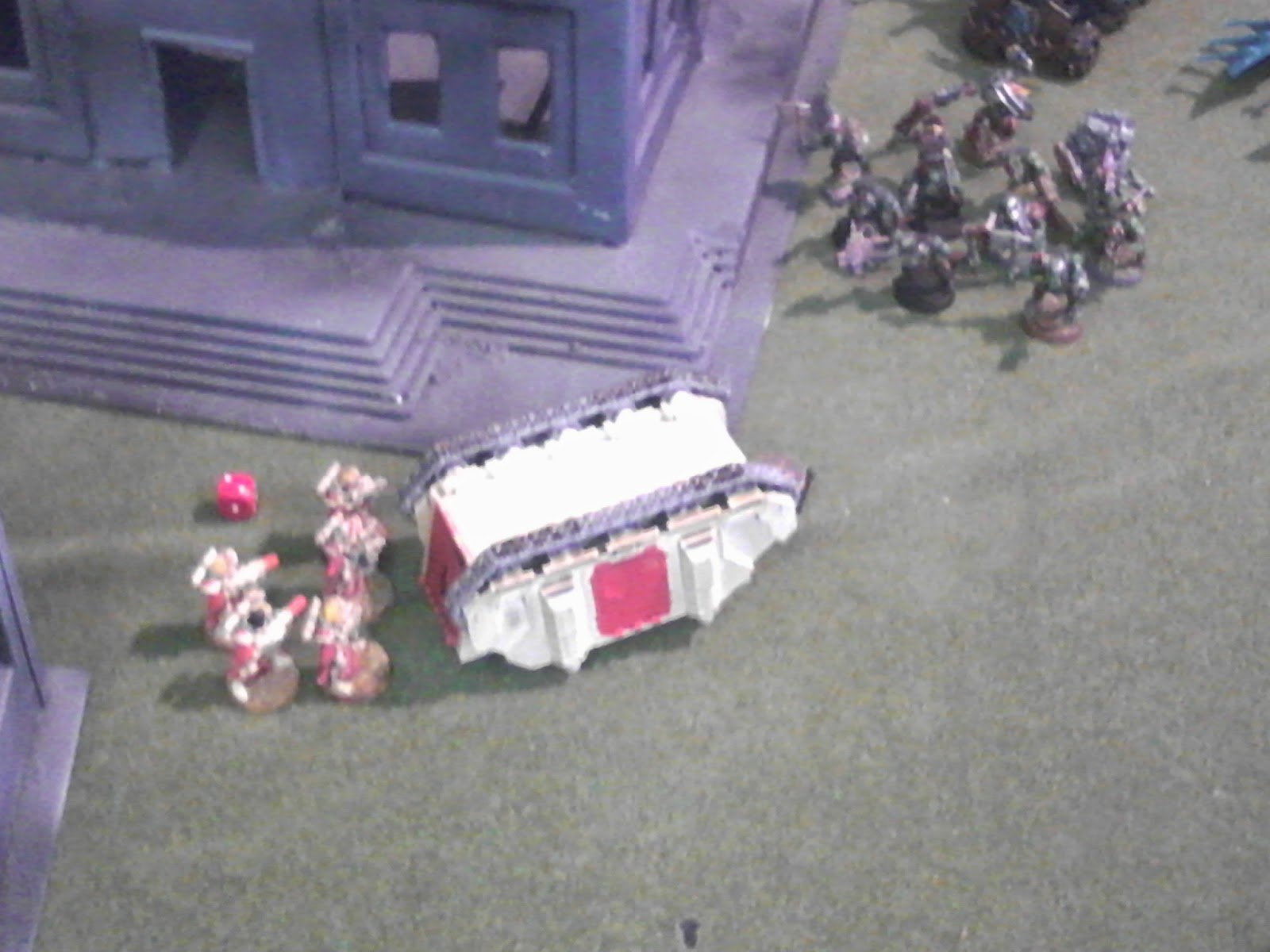 But that is not what this post is about as there's no slaughter in painting other then my bad paint job that is lol, no this is about the army fighting as I said in another post I'm trying to get back playing a bit better then I have over the last couple of years. 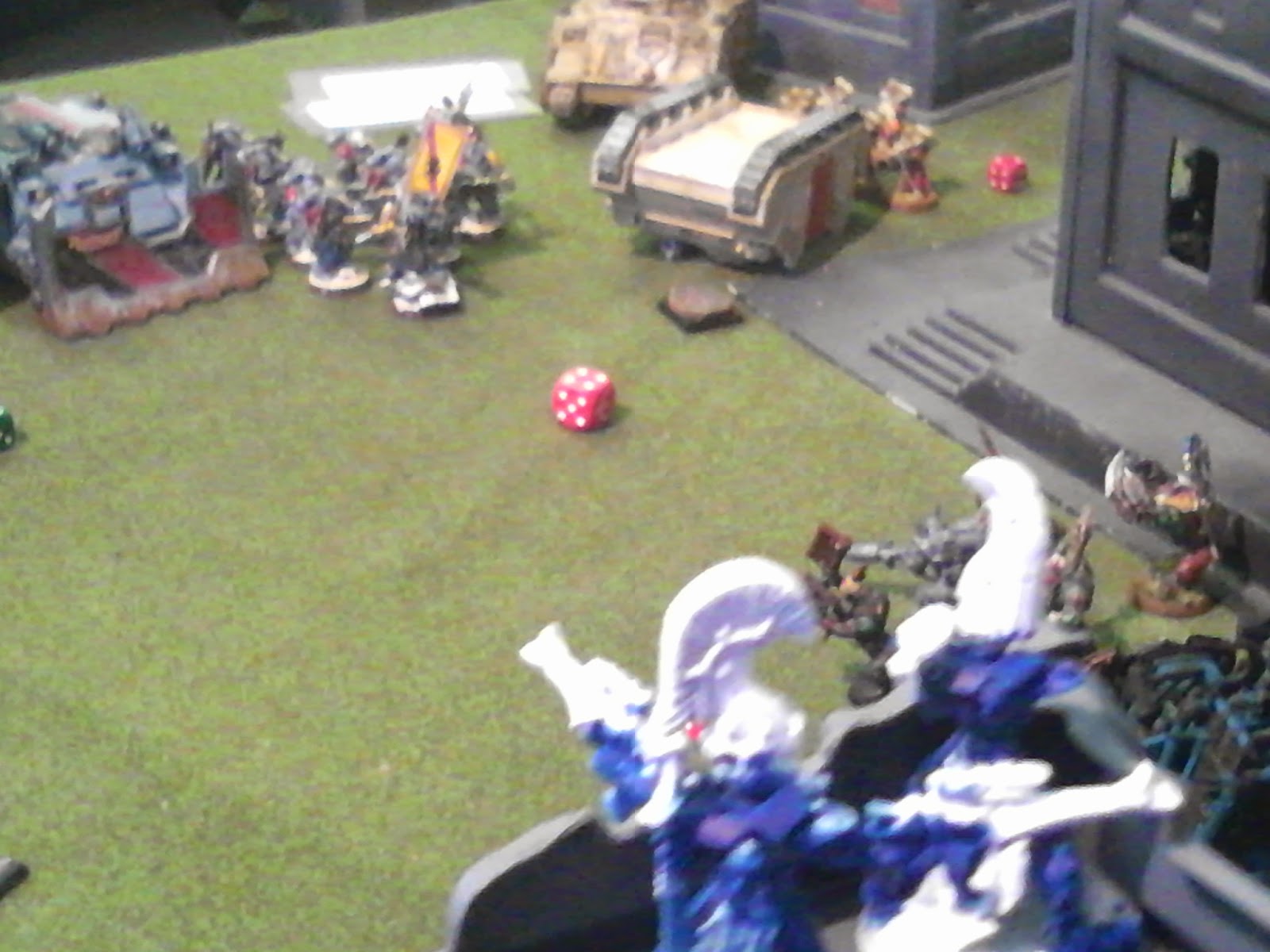 To be honest I'm loving 7th ed & I think this has given me the lift I need to up my game & while I've only just started out on that road its so far so good but I'm sure bigger tests lie a head for both myself & this army but as long as I'm enjoying it alls good. 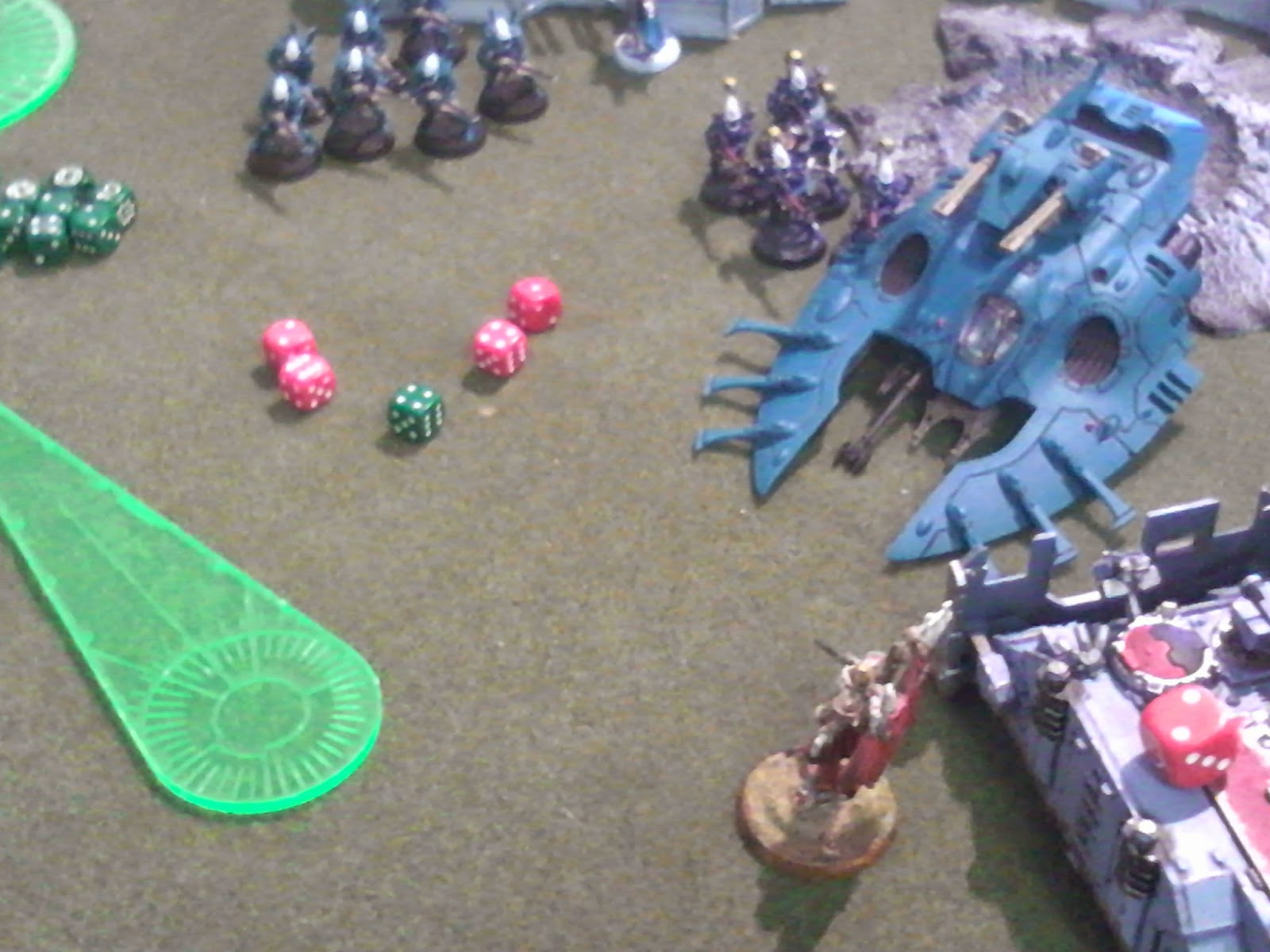 Anyway here's what I'm running & while I'm sure as time goes by it will change a bit I'm more then happy to use it at the moment. 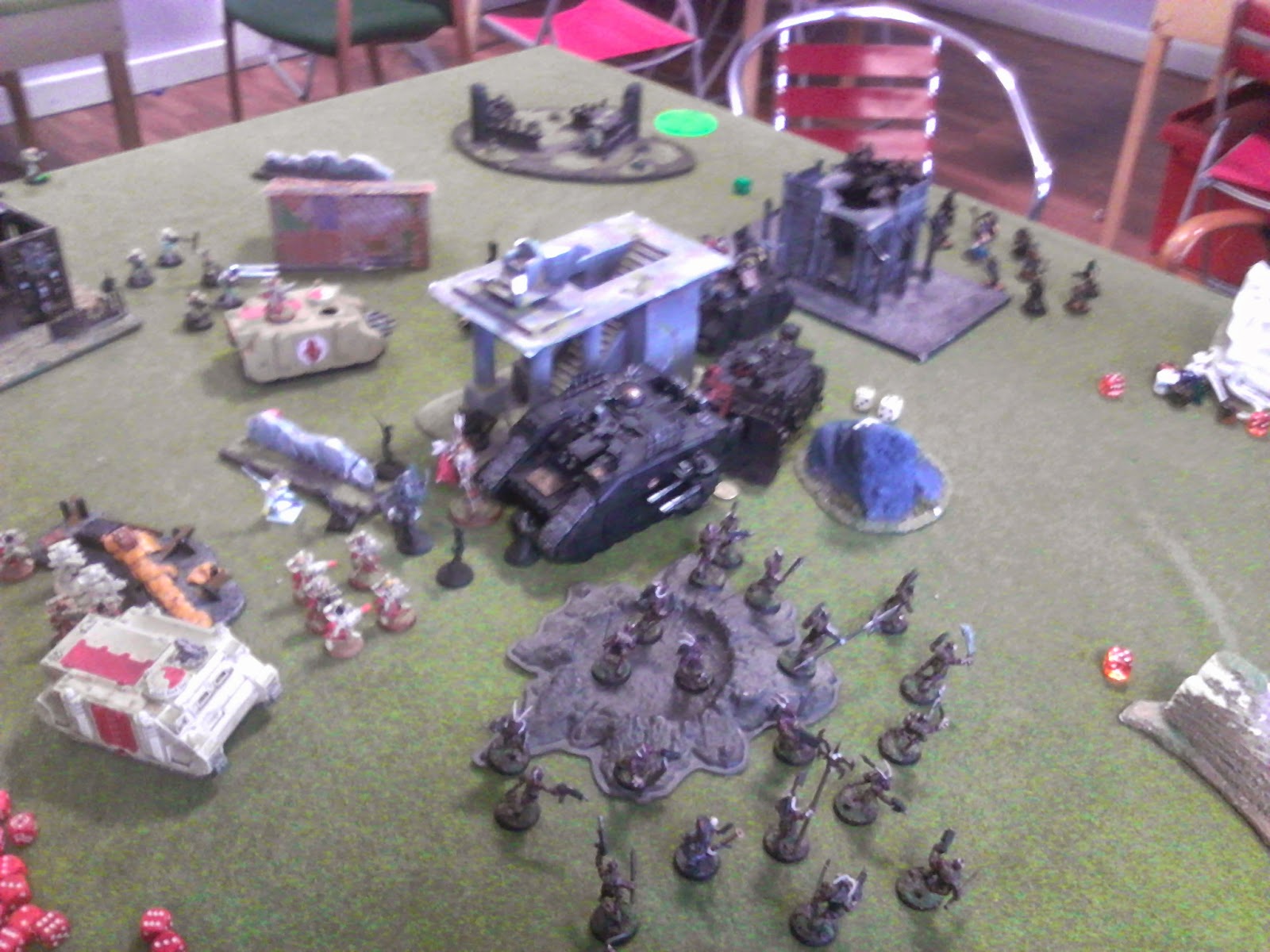 Not everyone's cup of tea I'm sure but then I'm not everyone & it suits my style of play, so I'll rap this post up by thanking you for dropping in & hoping you'll call back soon.

PS Had the army out again today & very happy with how it played once again.