Last Saturday was table top gaming day so I head for the shack with Paddy ridding shotgun for a day of fun & games. 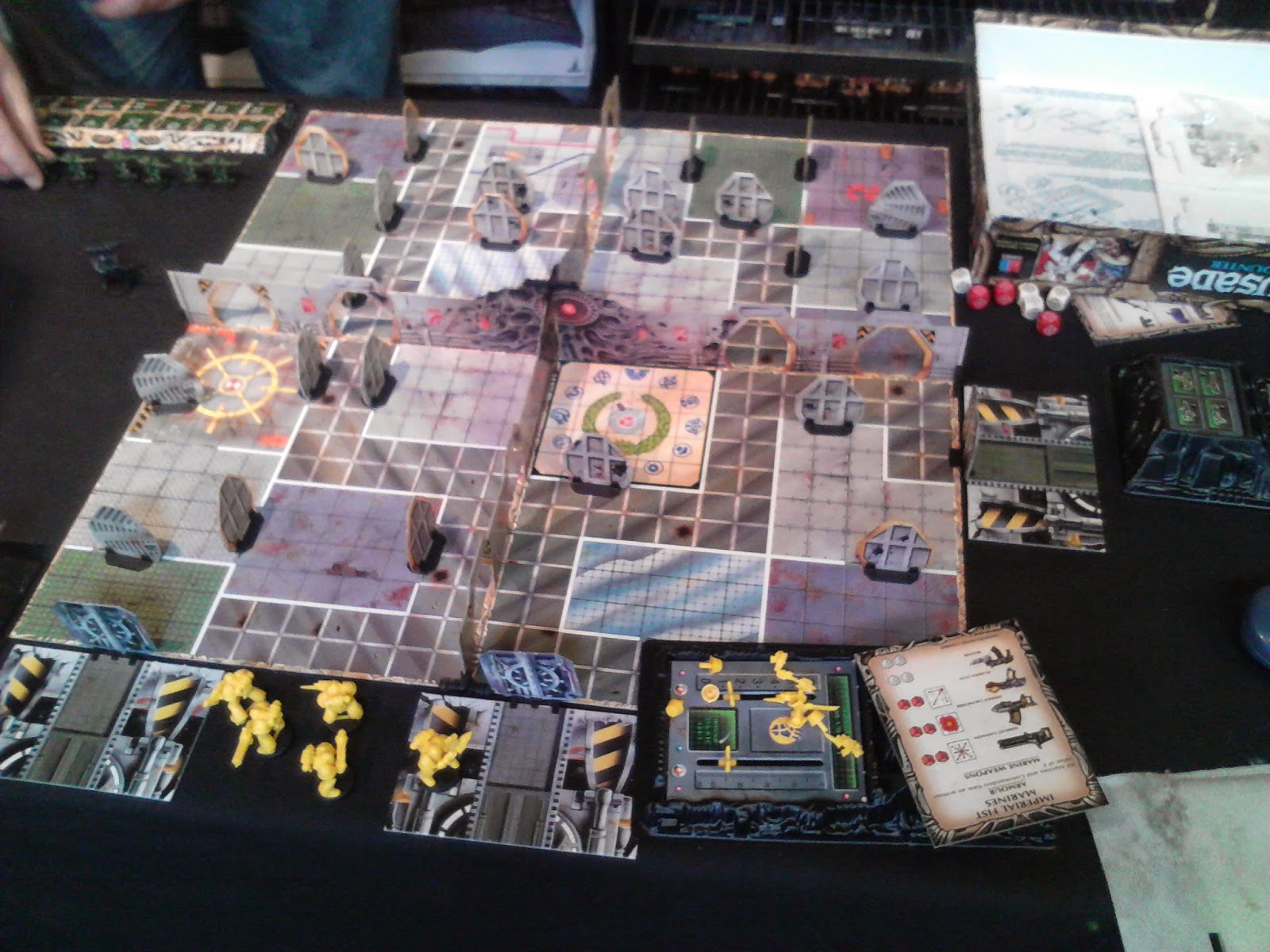 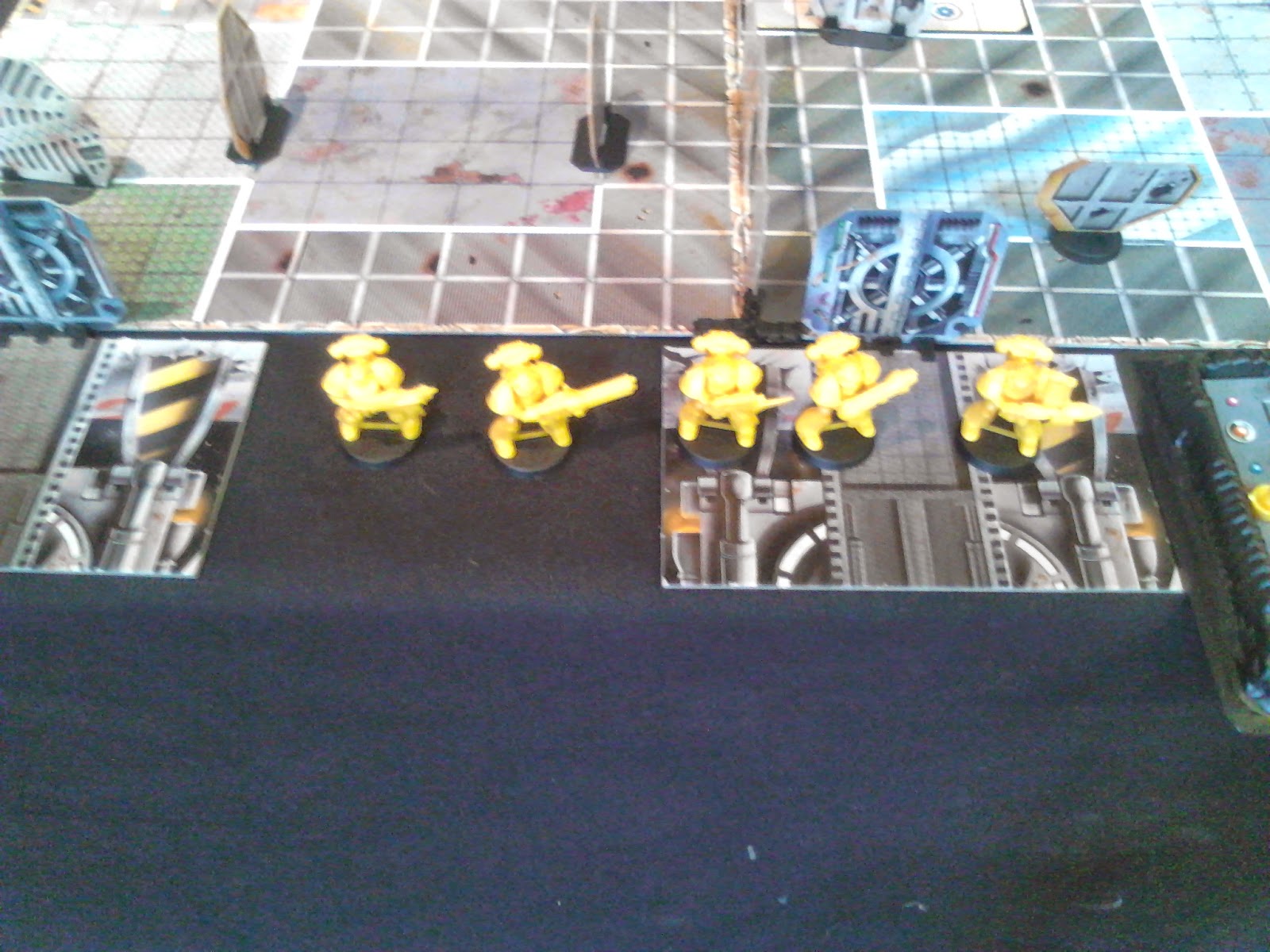 This was my first contact with GW's 40K universe & is a game that will for ever have a special place in my hart, when Nigel had it all set up & I placed my 5 marines in their little docking bay I got that same buzz I use to get all those years ago. 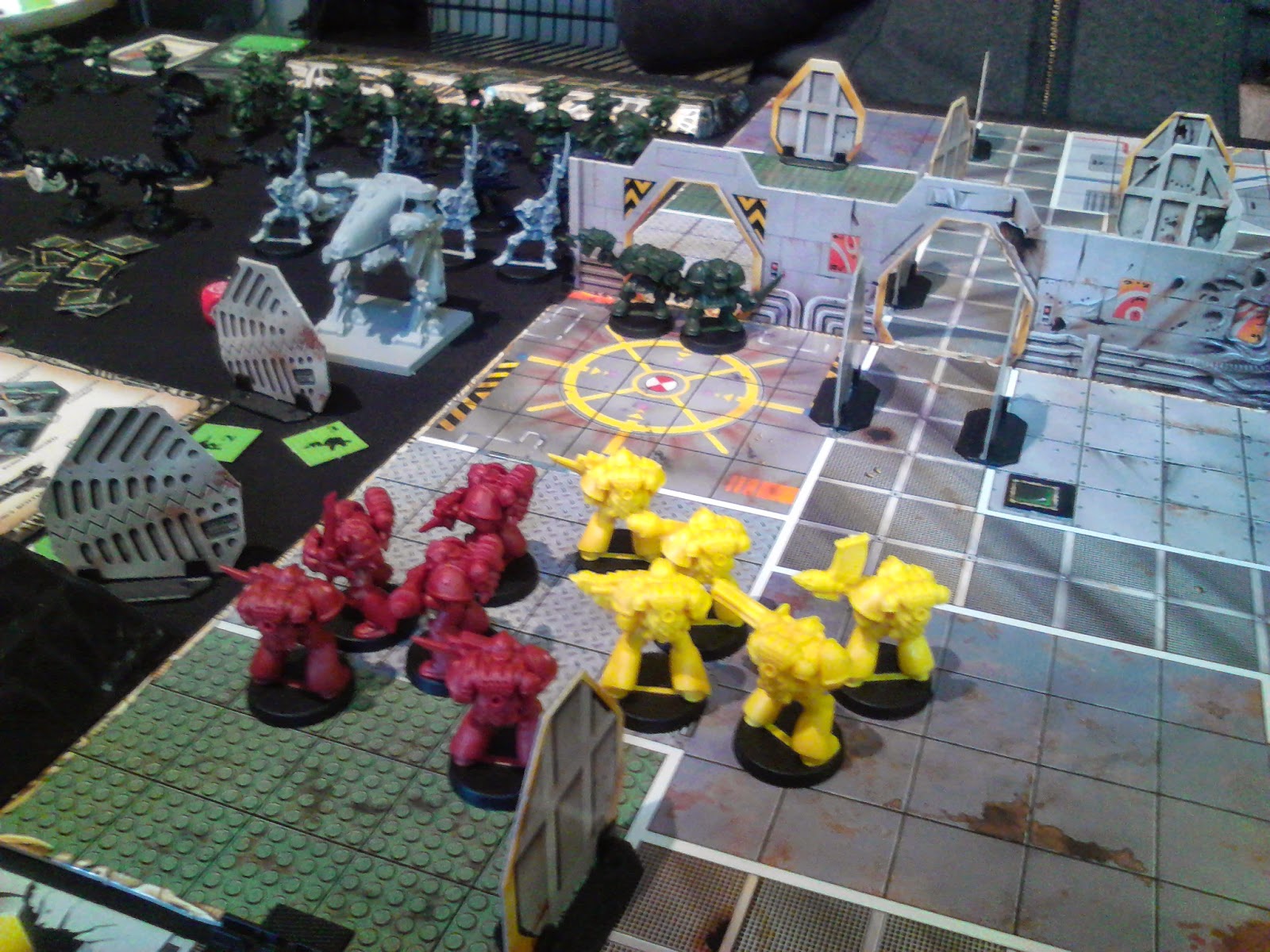 With Nigel taking on the GM type roll, Paddy the blood angles, Ross the ultramarines & me running the imperial fists it was time to step on board. 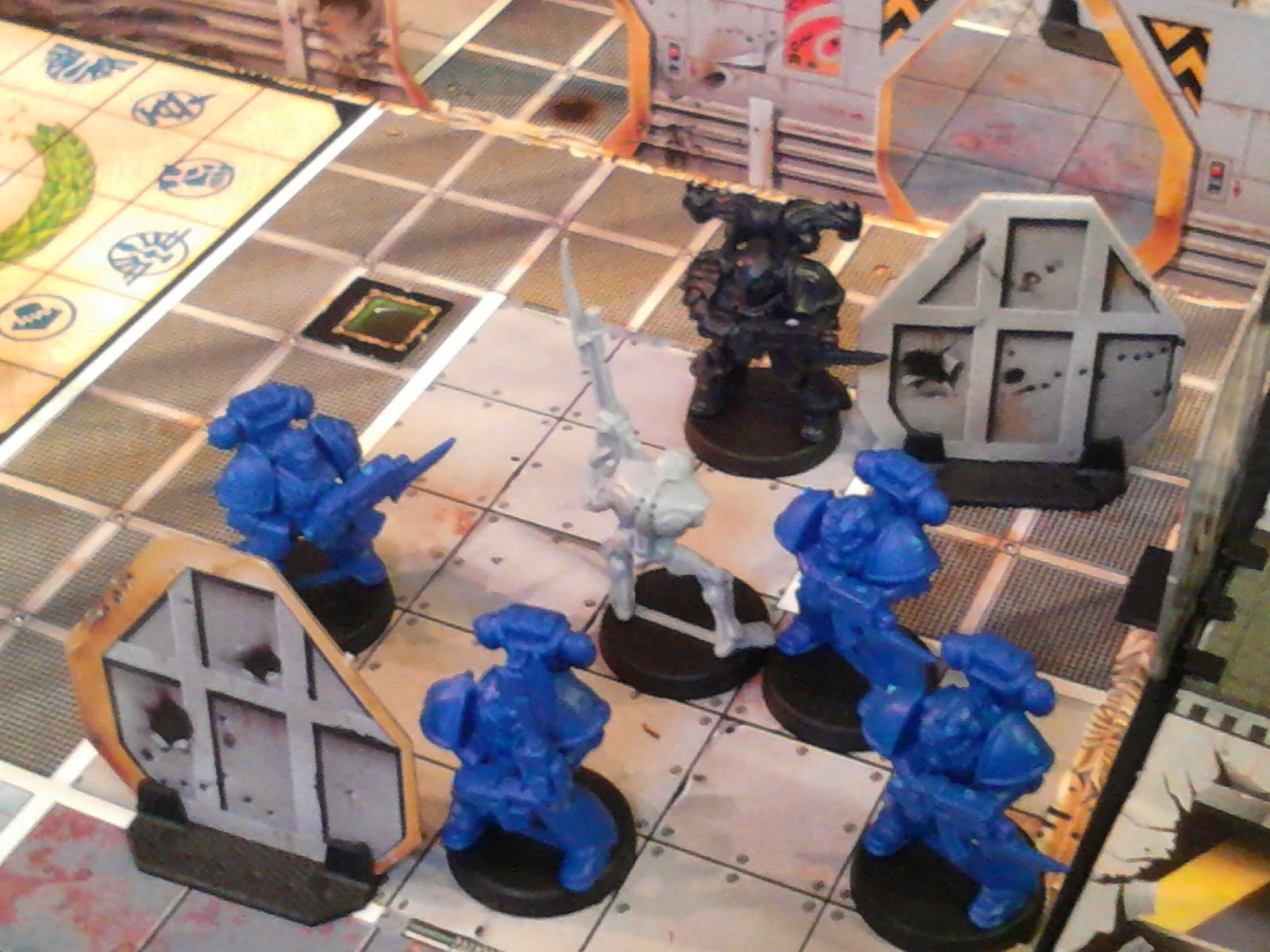 Space crusade didn't disappoint & it was still the fast paced game that I remembered & had told Paddy about many a time, high light of the game ? playing this game again, extra high light of the game getting in to a spot where I could take out one of Nigel's chaos space & two of Paddies blood angles with him lol the evil that man do. 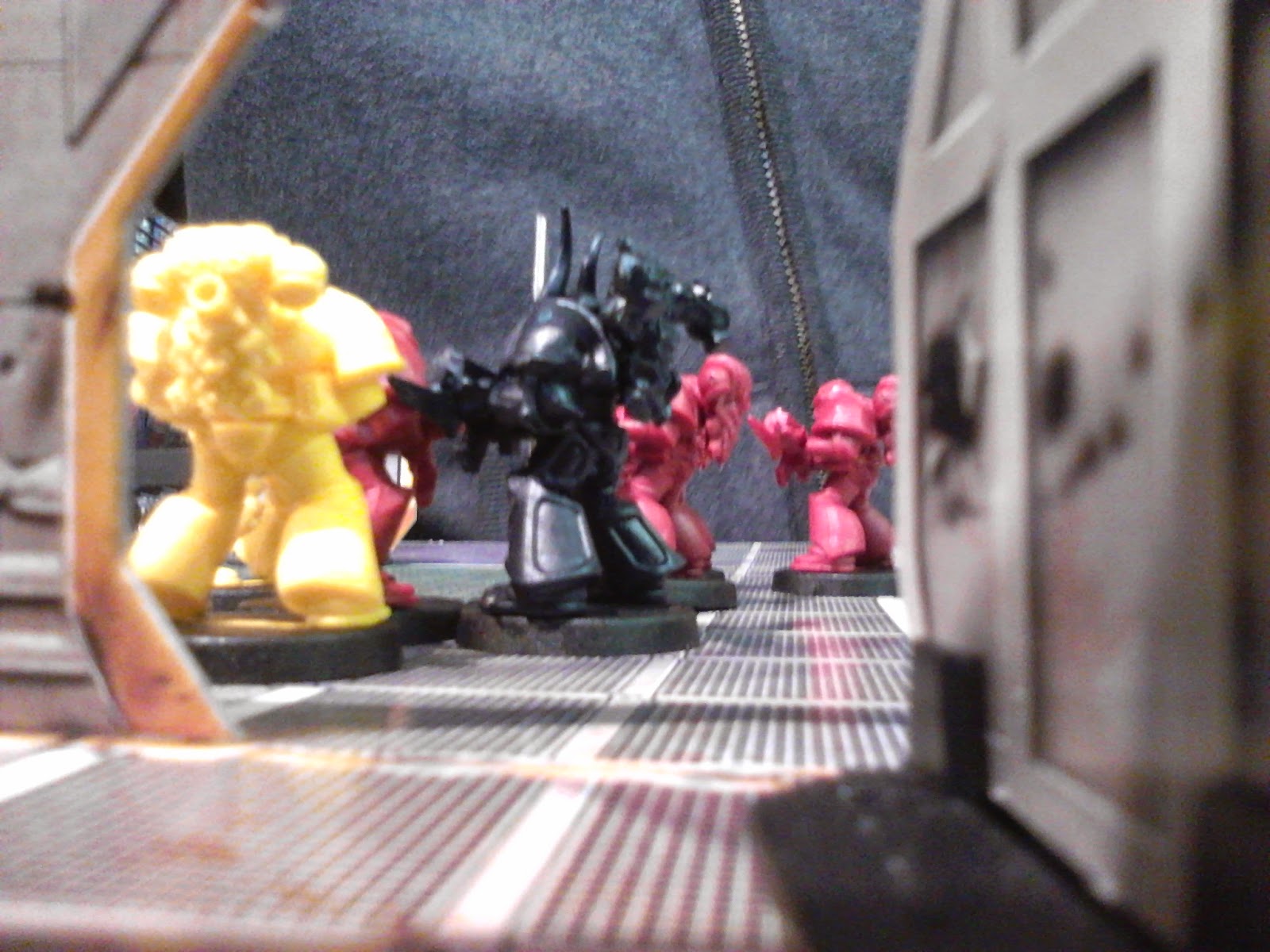 The game ended with both Ross & myself  with one marine left on the table & all the bad guys dead as well as poor Paddies blood angles & Nigel telling us he'd won but how your meant to win when you've no models left I don't know so I'm giving the win to Ross. 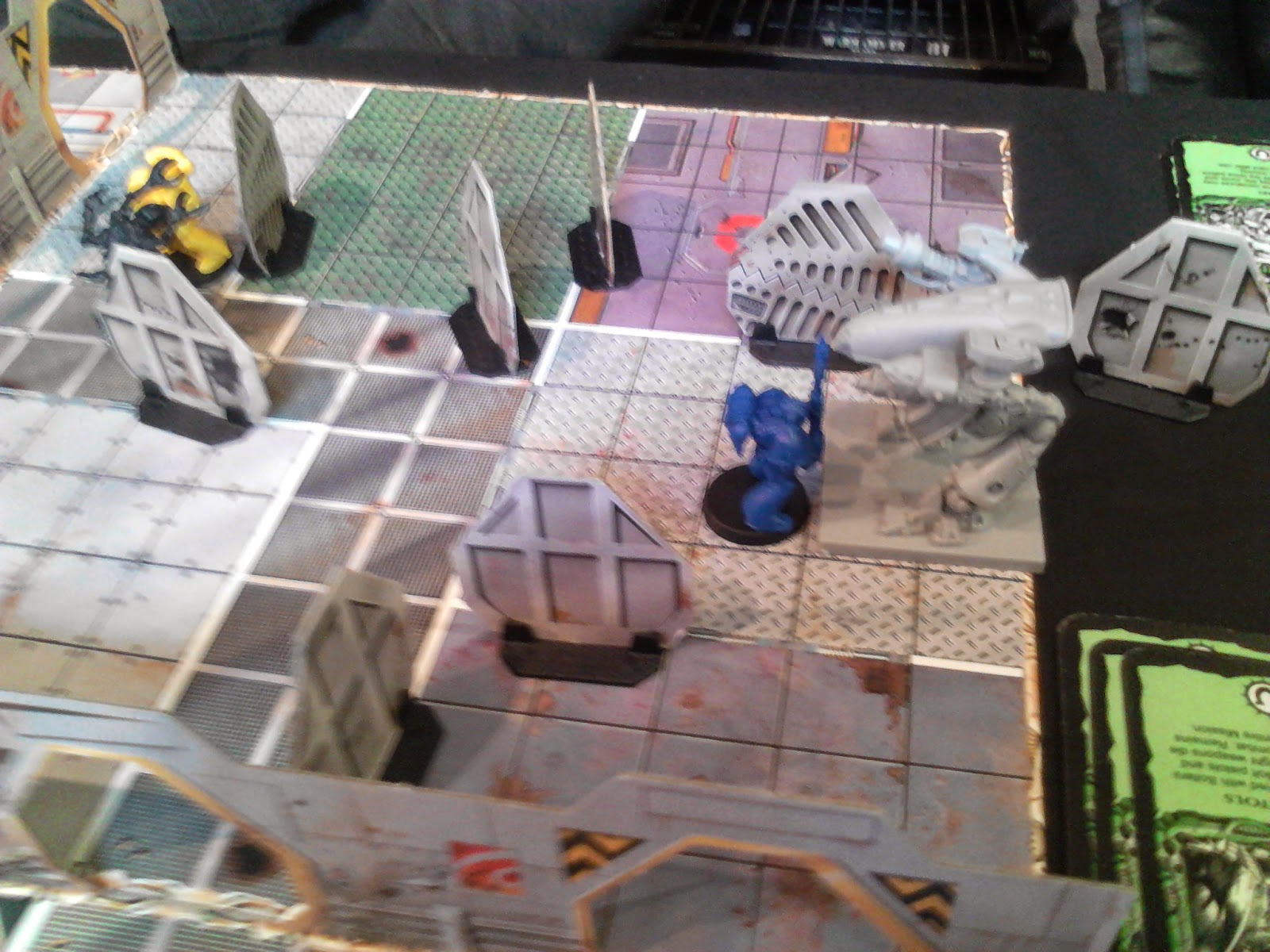 Next up was a demo game of infinity this one was Paddy & myself facing off on Shane's wonderful table using in his lovely models, now infinity is a game that I don't feel a demo does justice to as there is a lot of deep in it that players that don't know how to play won't get to see. 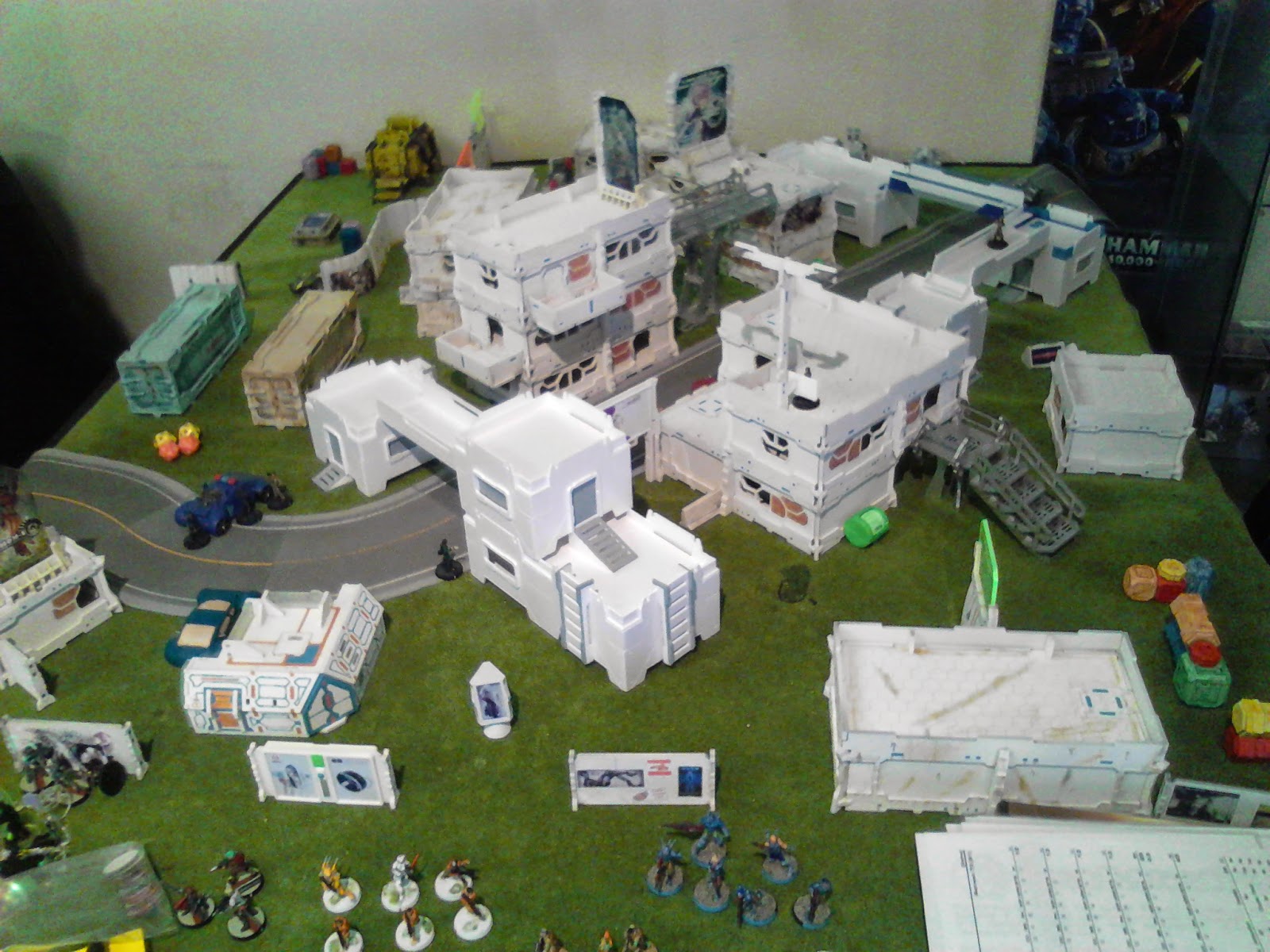 None the least it was still a very enjoyable game & tbh I'd a little advantage as I'd had a demo game before at last years NWG, Paddy & myself went blow for blow until we both only one model each left, luckily for me the one I had left was better then his so I set off & hunted him down. 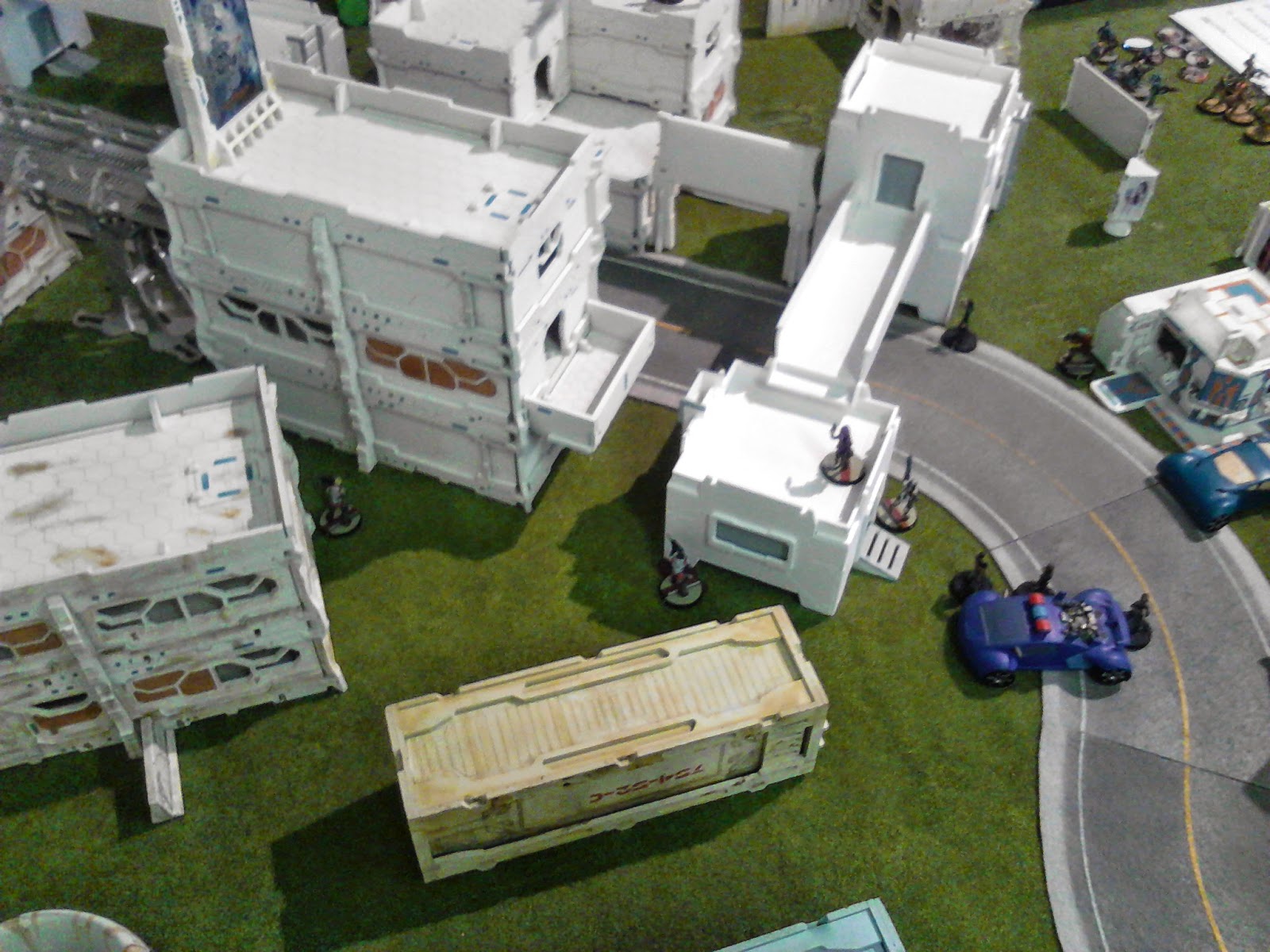 Paddy had been on a bit of a roll & had gotten the upper hand in your games of late so a bit of pay back was nice. 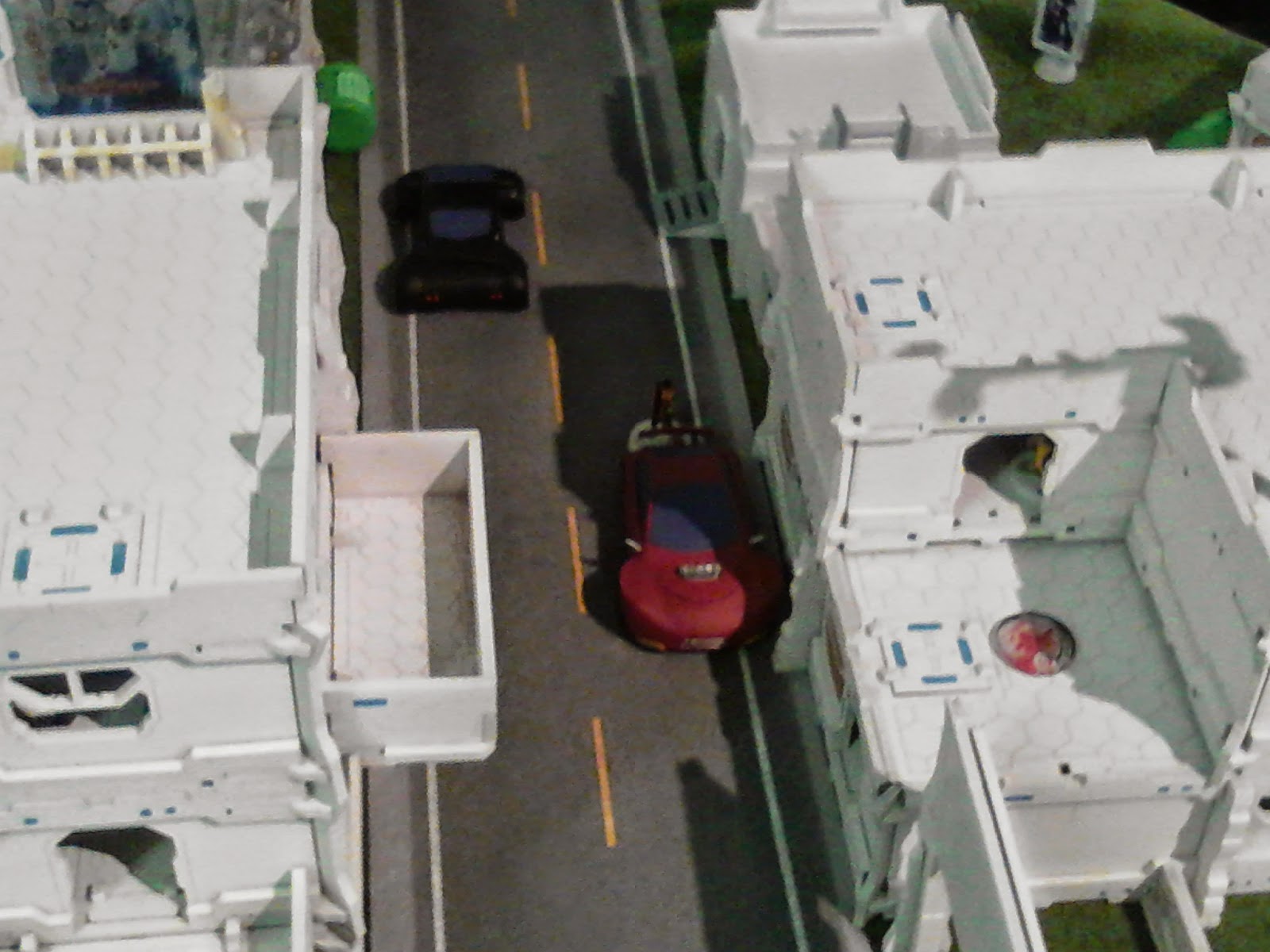 Next we tried out a game called elder signs a very simple game to learn but good fun to play none the less with I think about 6 players in the first game we save the world just in the nick of time & like I said this game was so easy to learn that I ran the second one myself with of course Paddies help. 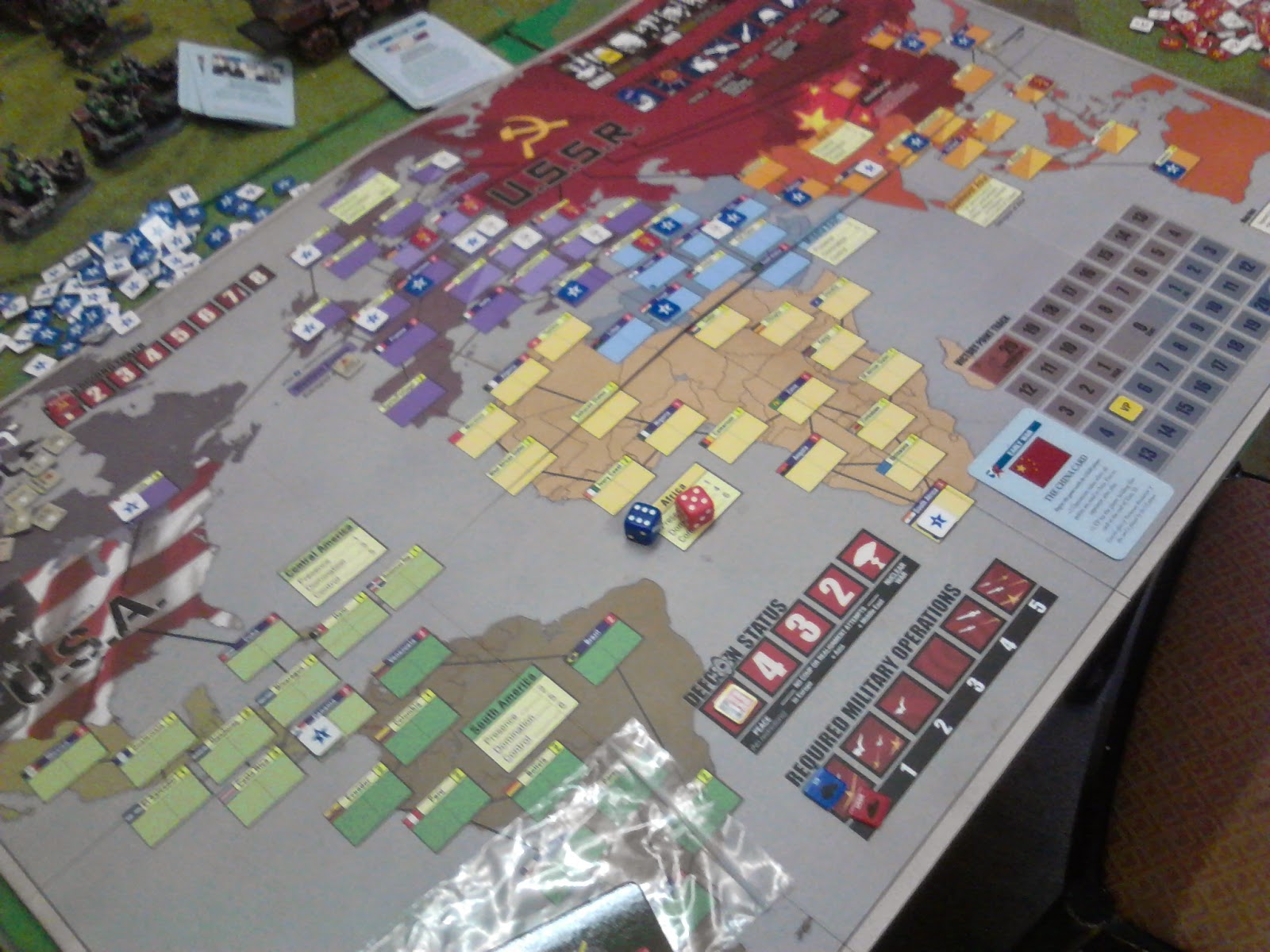 Other games that was on offer that day where flames of war, warhammer, warmachine & xwing to name but a few & a great day out it was, I'll be back for the next one. 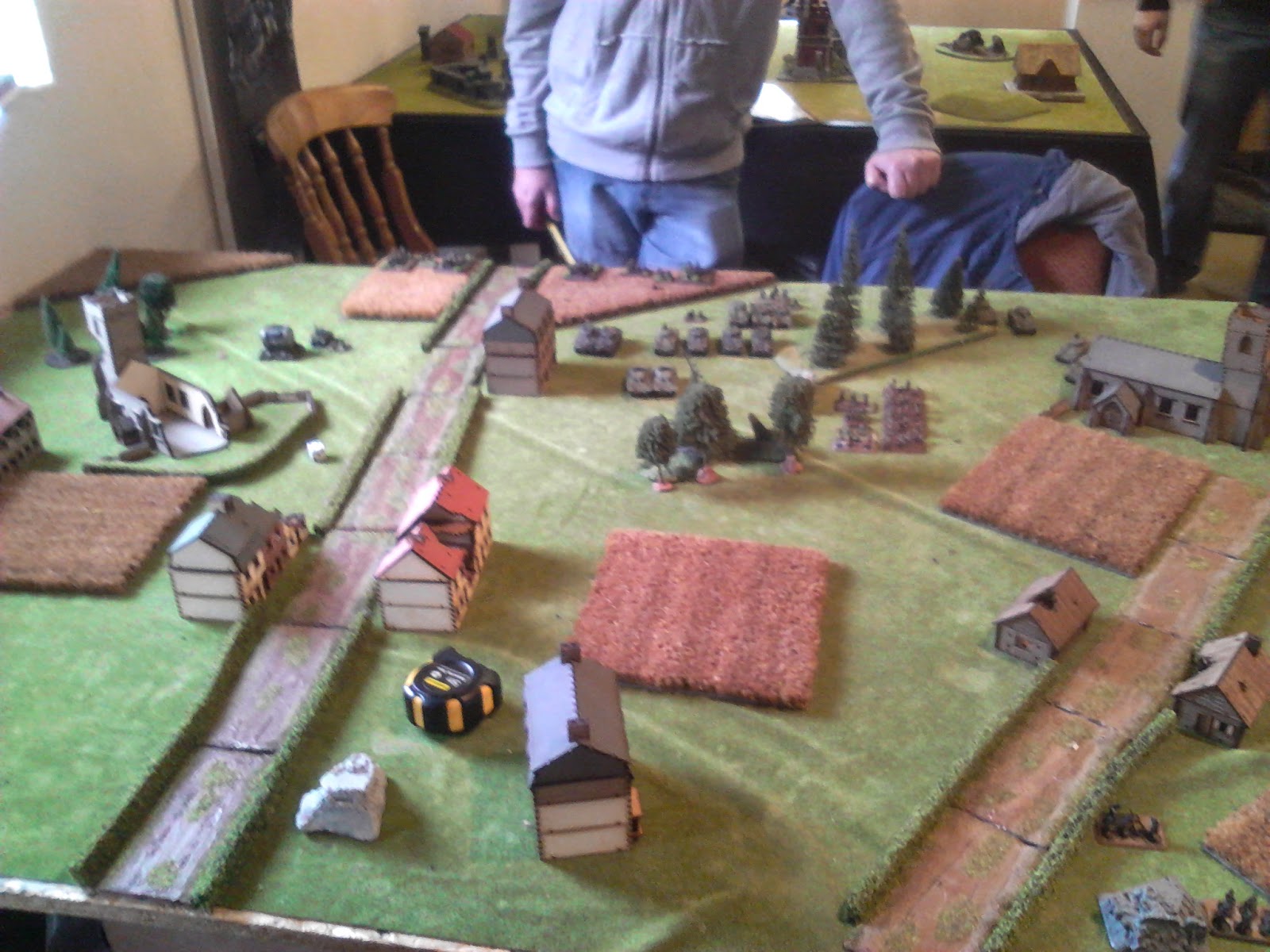 I'll finish up by thanking all that I played & no Nigel once again you didn't win space crusade but thanks for making it a great day & my thanks to you for dropping in. 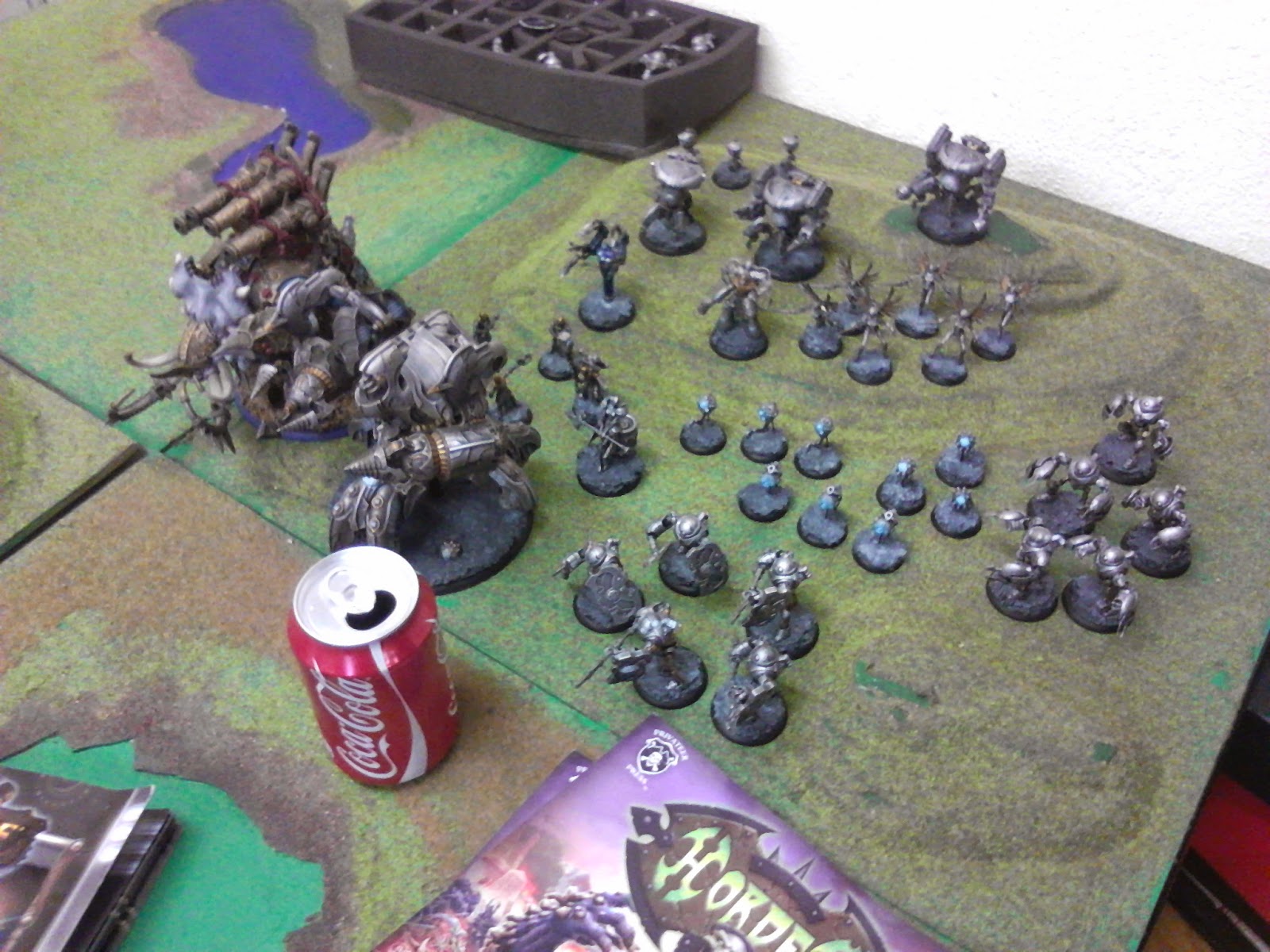