So last week I got in my first game of escalation & I've got to say I enjoyed it a lot, now I think escalation has gotten a lot of bad press & if you believed the net then it has titans ready to jump out at you at every hands turn. 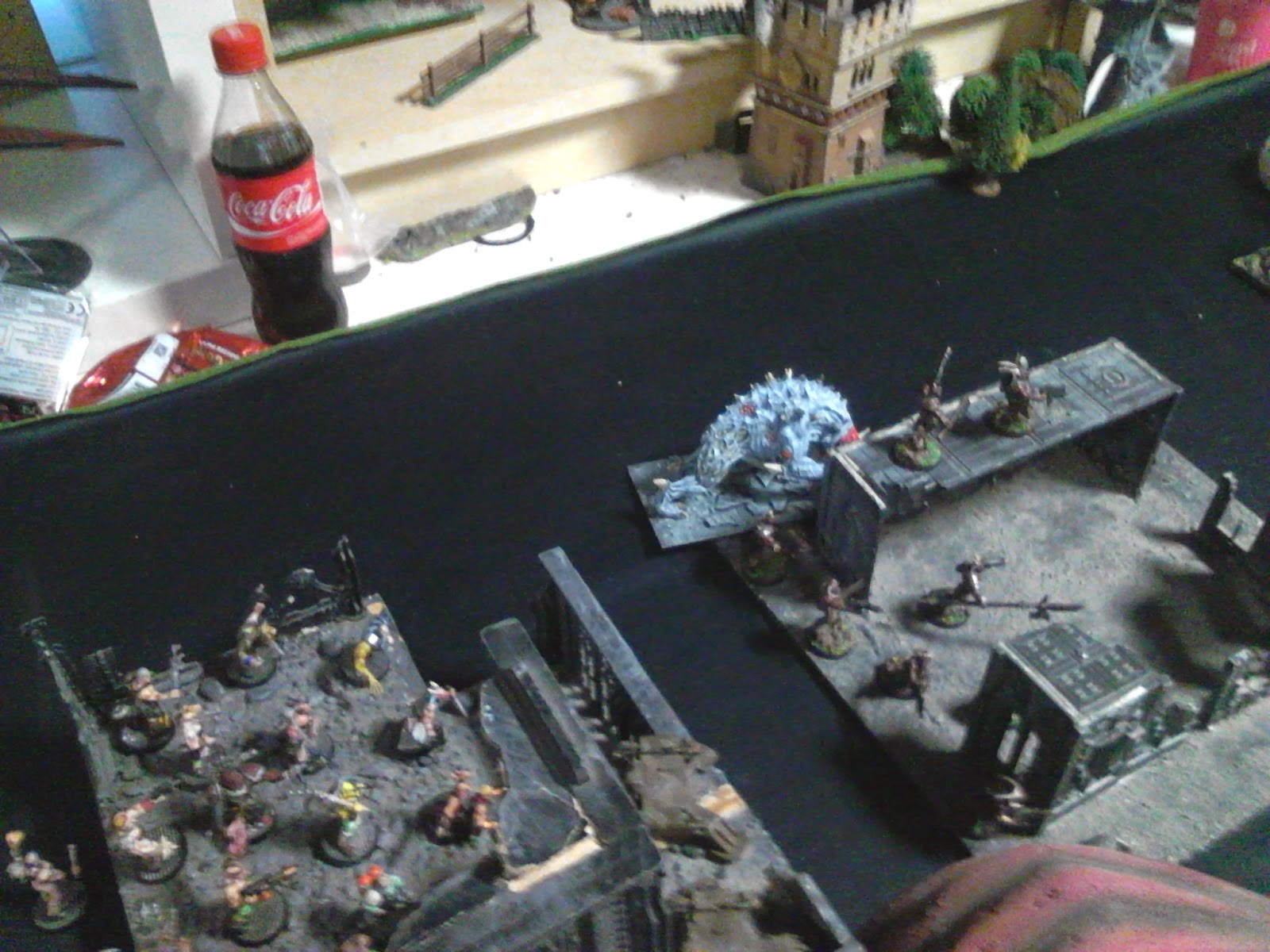 On the the day of the game I sent Jamie a mail asking him how he felt about facing something big & wonderful in an escalation game & being the good sport that he is his answer was yes, now I know I don't have to ask but its nice to. 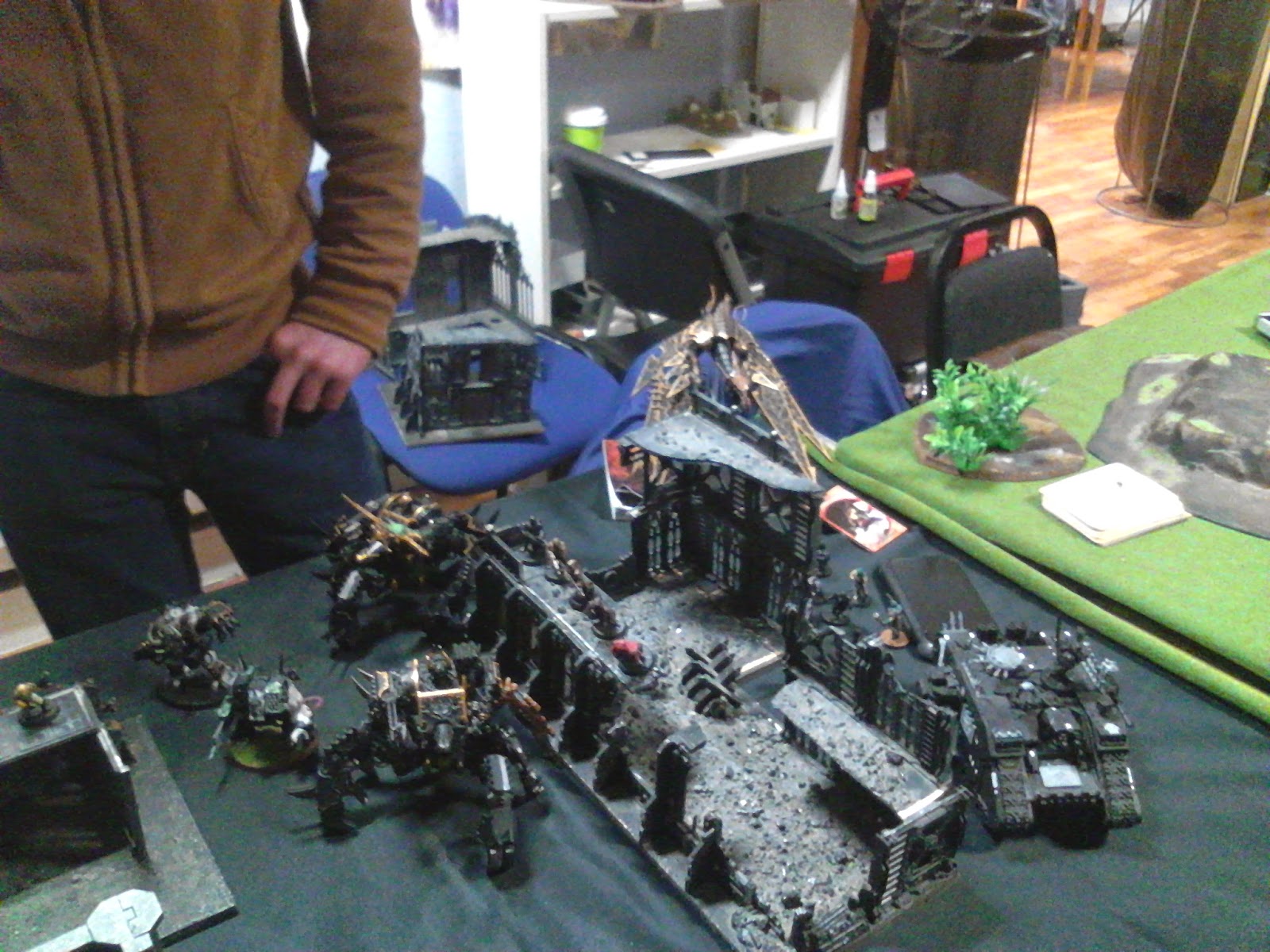 The list, now the model I wanted to build this list a round was none other then An'ggrath the unbound, now I know from using this model in many an apoc game that it's a very powerful model, but at 888pts well it should be. 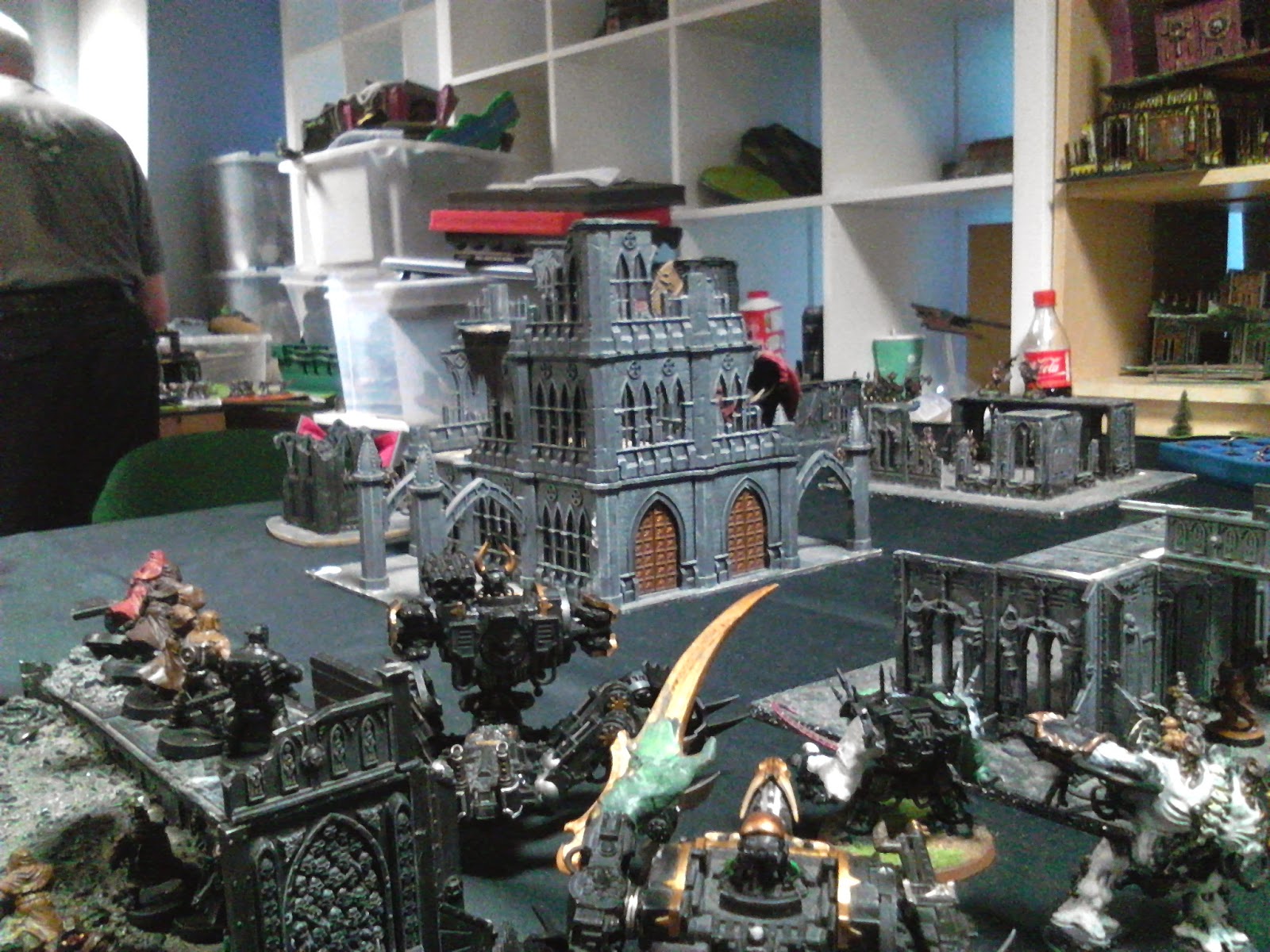 Anyway as I was using one model I haven't used in a while I decided to throw in a few more that I also haven't used in a while, so in went the blood slaughterer of khone & the spined beast, but as this was going to be an army of the blood god I used the spined beast as Gorefeaster & for a bit of air support I added in my hellblade as my plan was to have Au'ggrath on the ground killing things. 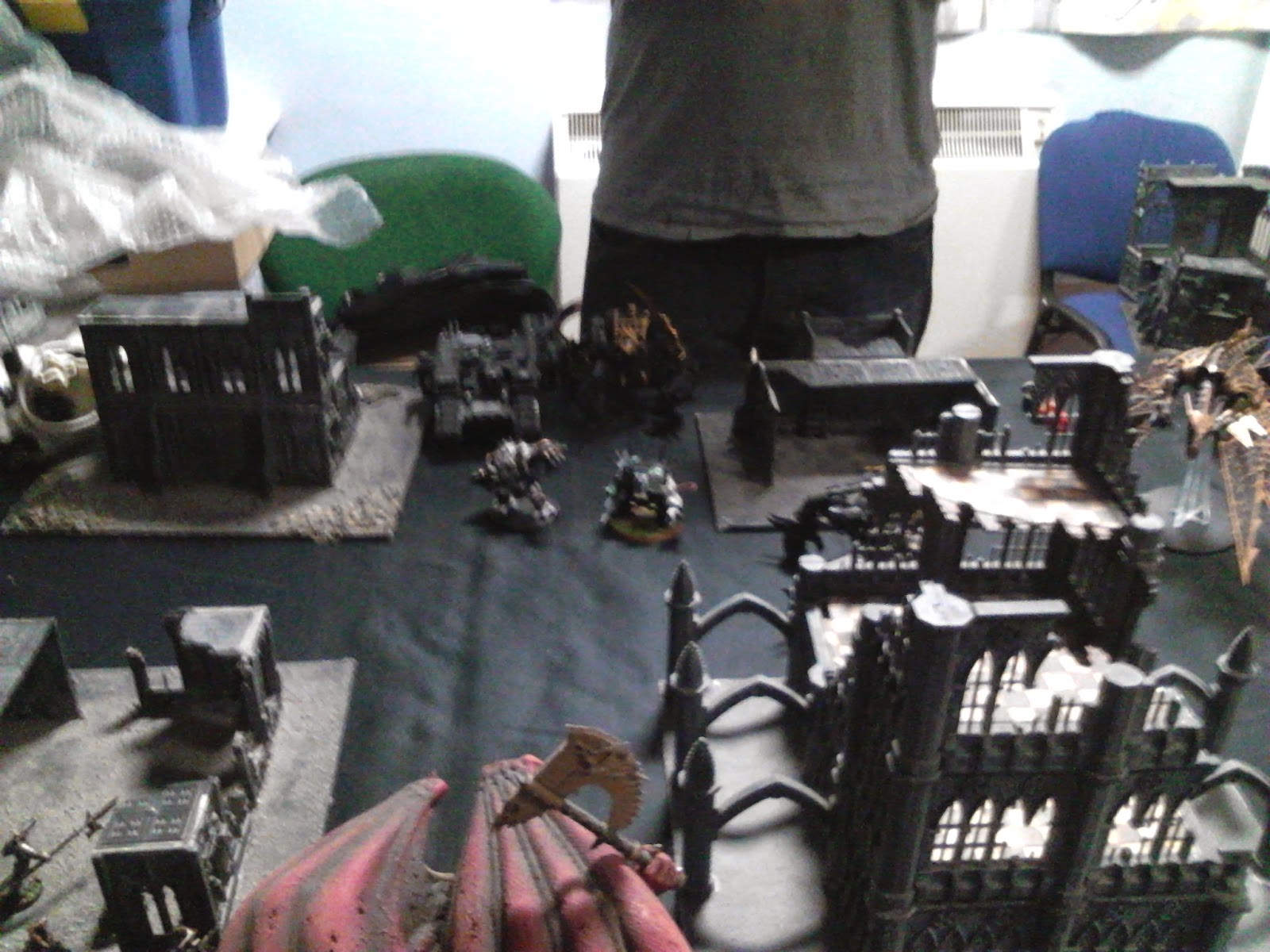 Now to make up the rest of this list, well a dark apostle would be a good place to start with plenty of cultists with the mok needlessly to say, well if your going to be being daemons in to the world this are a good way to do it, some blood letters & a herald & the job was complete. 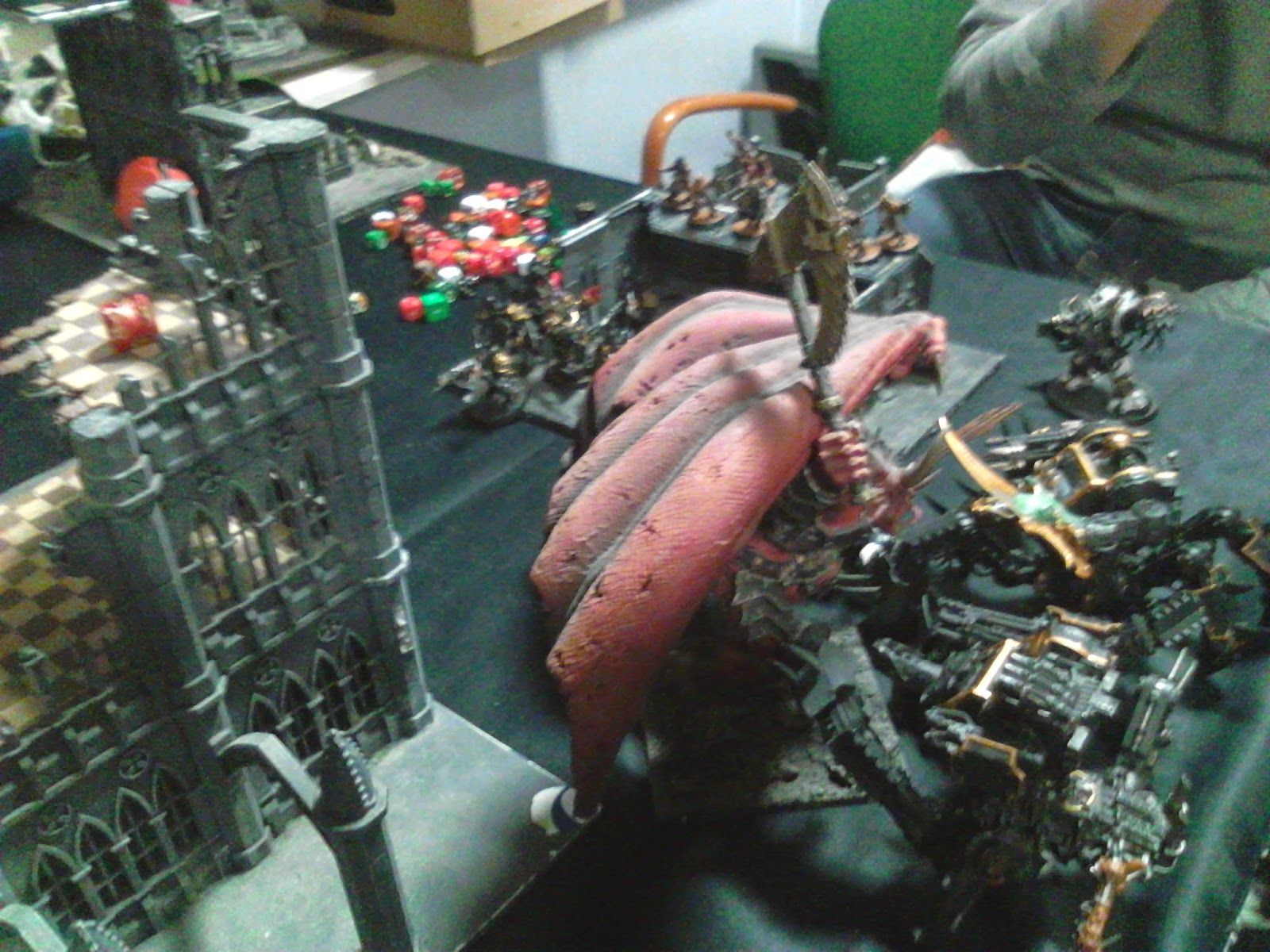 I was happy with this list as it was nice & fluffy & should make for a fun game, & with little or no shooting power in my army I was going to have to get stuck in (oh happy days), Jamie was also running chaos in the form of the BL & a couple of dreads & defilers a landraider, cultists, chosen & some termi's & not to be forgotten a hellbird. 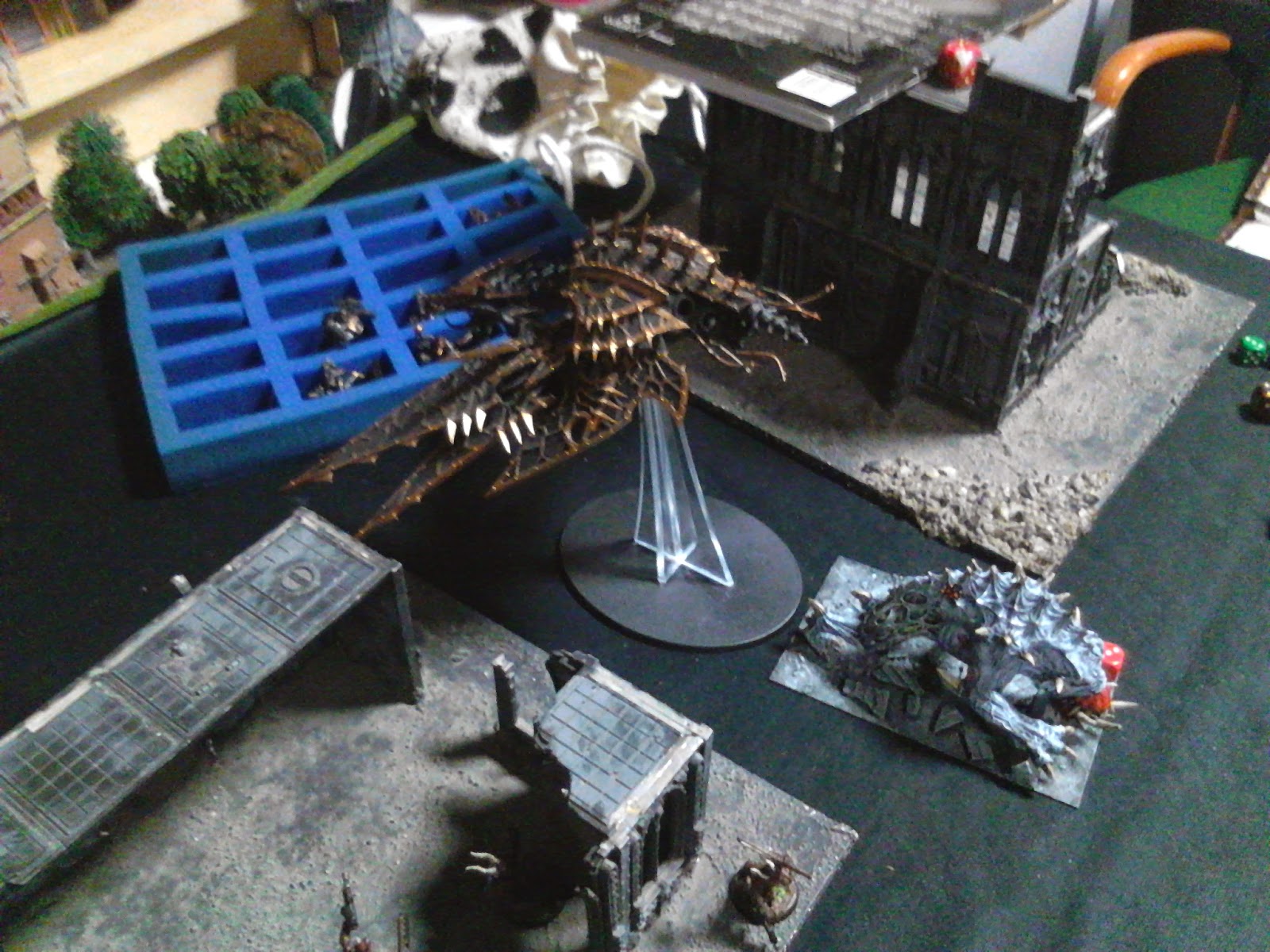 Now one of the balancing things about escalation is that there's a couple of missions at the back of the book & your opponent gets to pick which one they want to play, Jamie picked the one that he got a point for very wound he put on Au'ggrath & I got a point for every wound he had left at the end of the game. 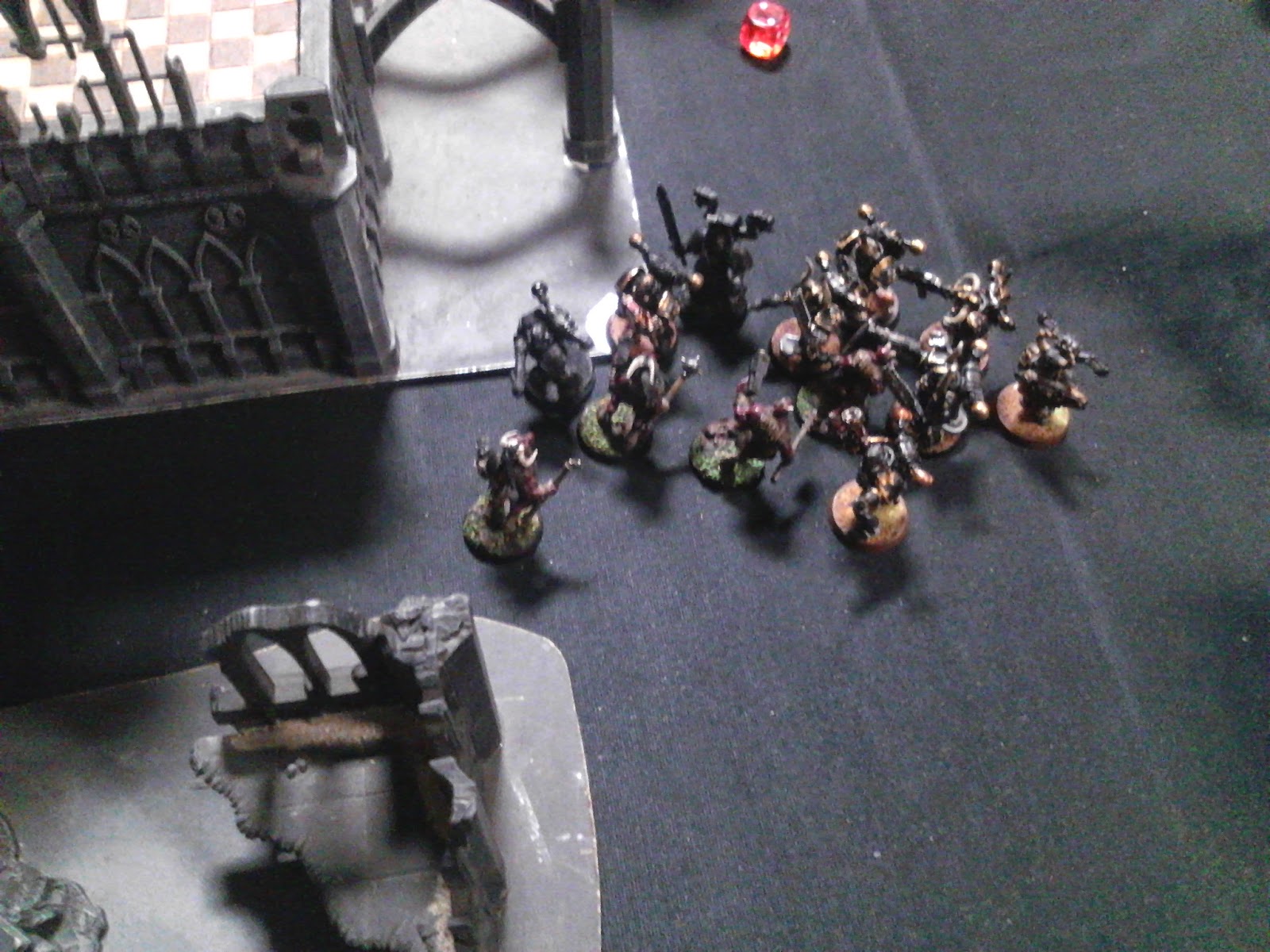 After a couple of hours of slaughterer we came to the end of round five with Jamie a head but with only  an ac falling back, & a cowardly (smart) sorcerer that had gone to hide in the landraider & with the score 6 v 5 to Jamie I needed the game to go on & table him to win it. 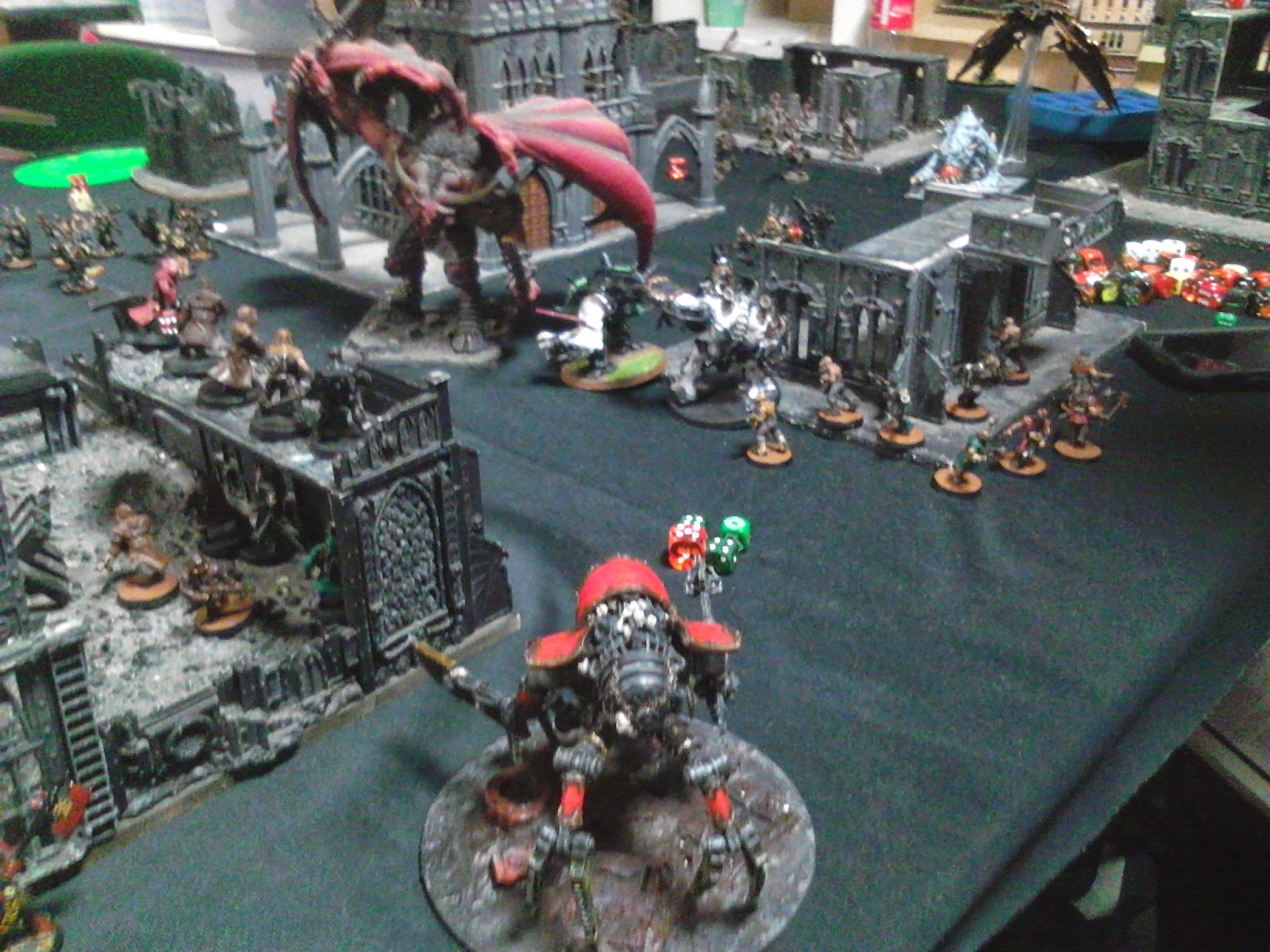 Jamie's turn 6 & he open ens up on Au'ggrath with the landraider put on 2w with the heavy bolter & one with a lasannon, with 6w already gone this could be the end for him, I roll my 2+ armour save first & fail 1 now I'm down to 1w with a 3++ save & I roll a 2, aaaggghhh Au'ggrath goes back into the warp for another 10,000 years, I play out my turn 6 with no way of winning the game I might as well try to kill the falling back ac, but no I could not even do this little thing & the game ends. 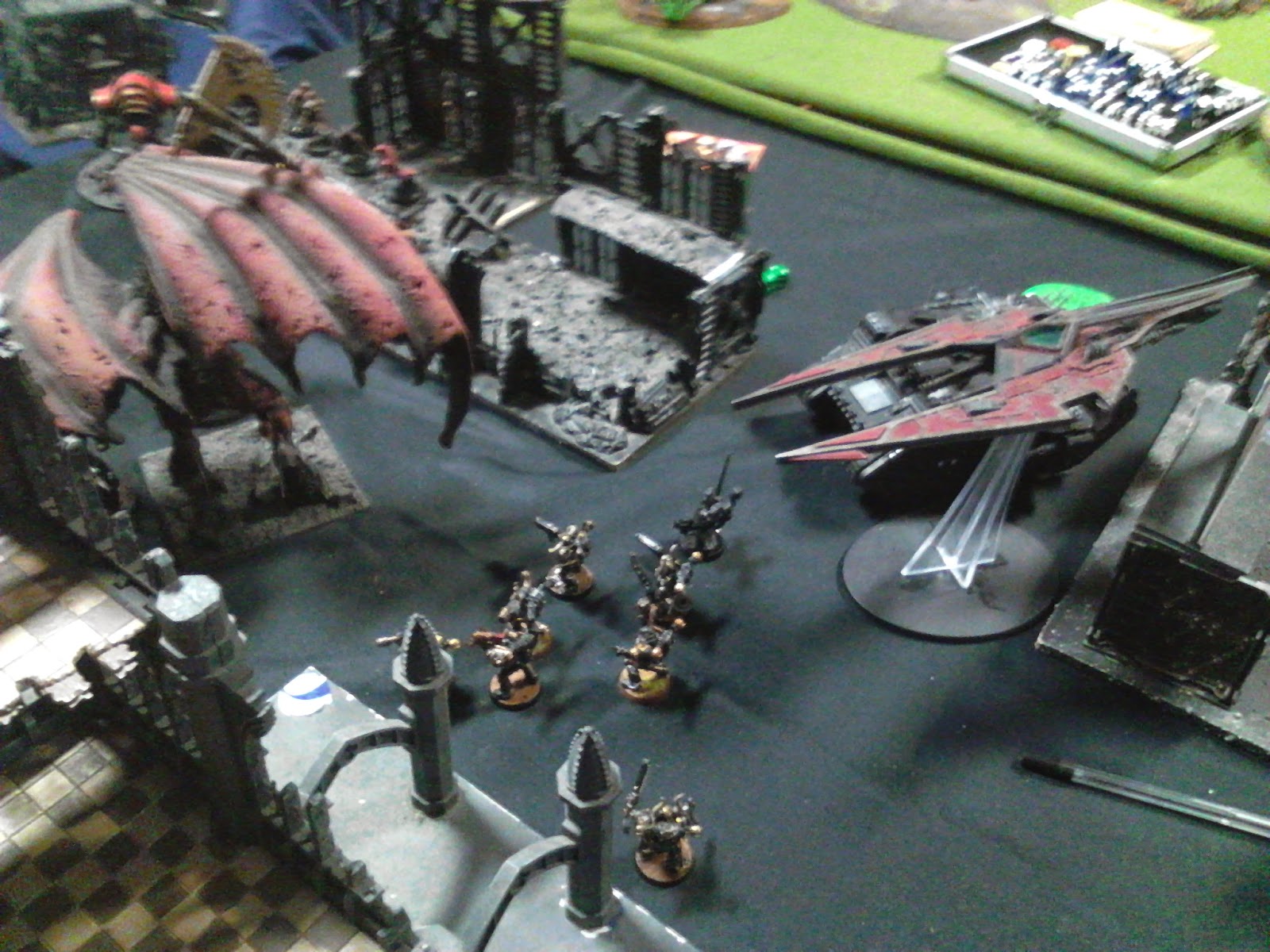 Using Au'ggrath again was great fun & he killed most of Jamie's army on his own, as it should be for a lord of khone, its been a long time since I ran an army of the blood god & had all but forgotten how much fun it is win lose or draw.


So well done to Jamie & my thanks for been such a good sport & my thanks to you for dropping in & please call back soon.
Posted by Frank O Donnell at 4/21/2014