INQ28 High above the flames

Haven interrogated Le Farge & later removed the micro-file from his back tooth we set about drawing  up plans as to how to further our investigation, Panama Jack was to prove invaluable in this has he'd local knowledge & more importantly local contacts. 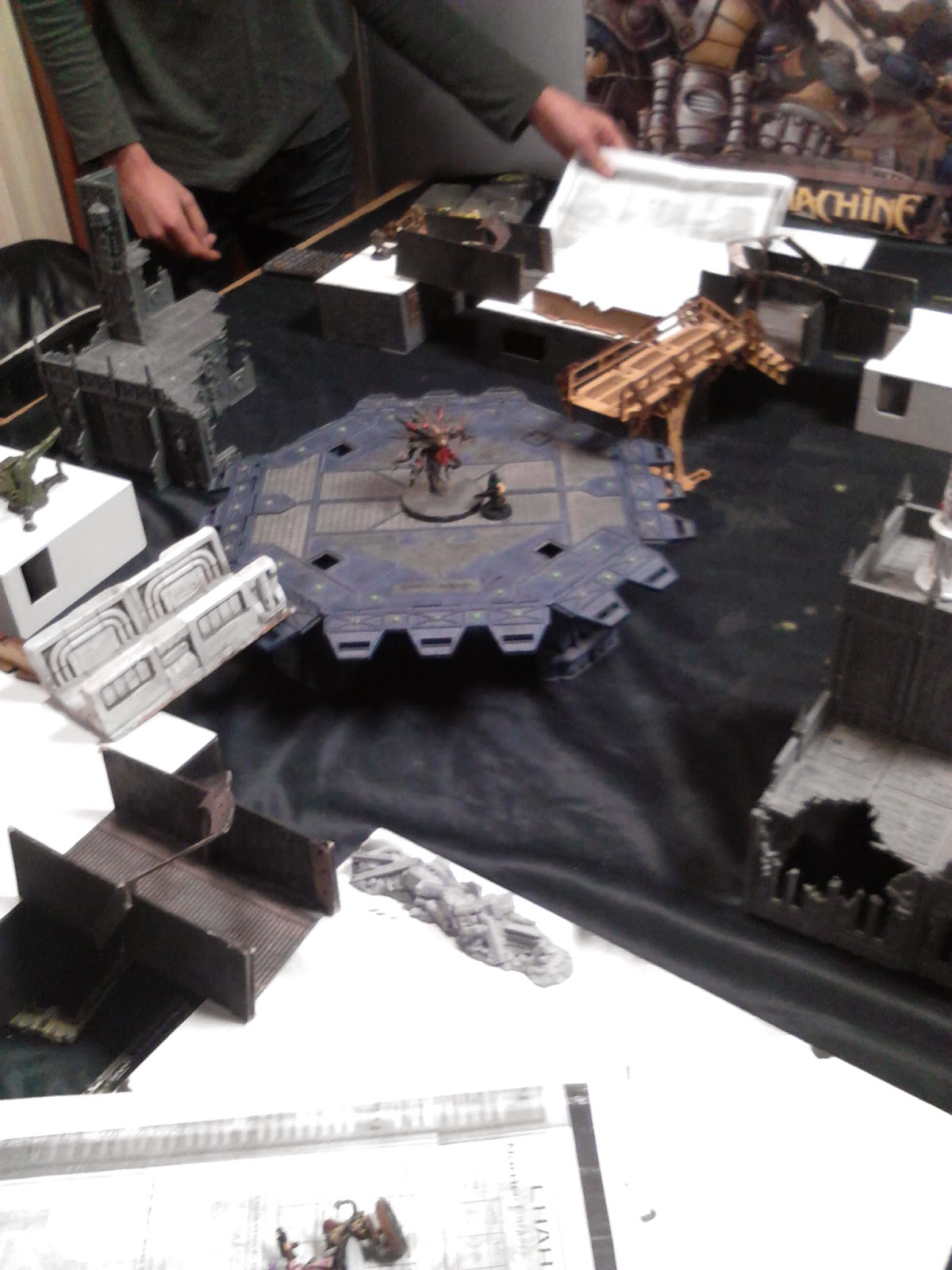 Le Farge was also becoming more cooperative as he now realised that his faith was tied to ours & the only hope he had of getting out of this mess alive was if we could successfully bring this case to a close. 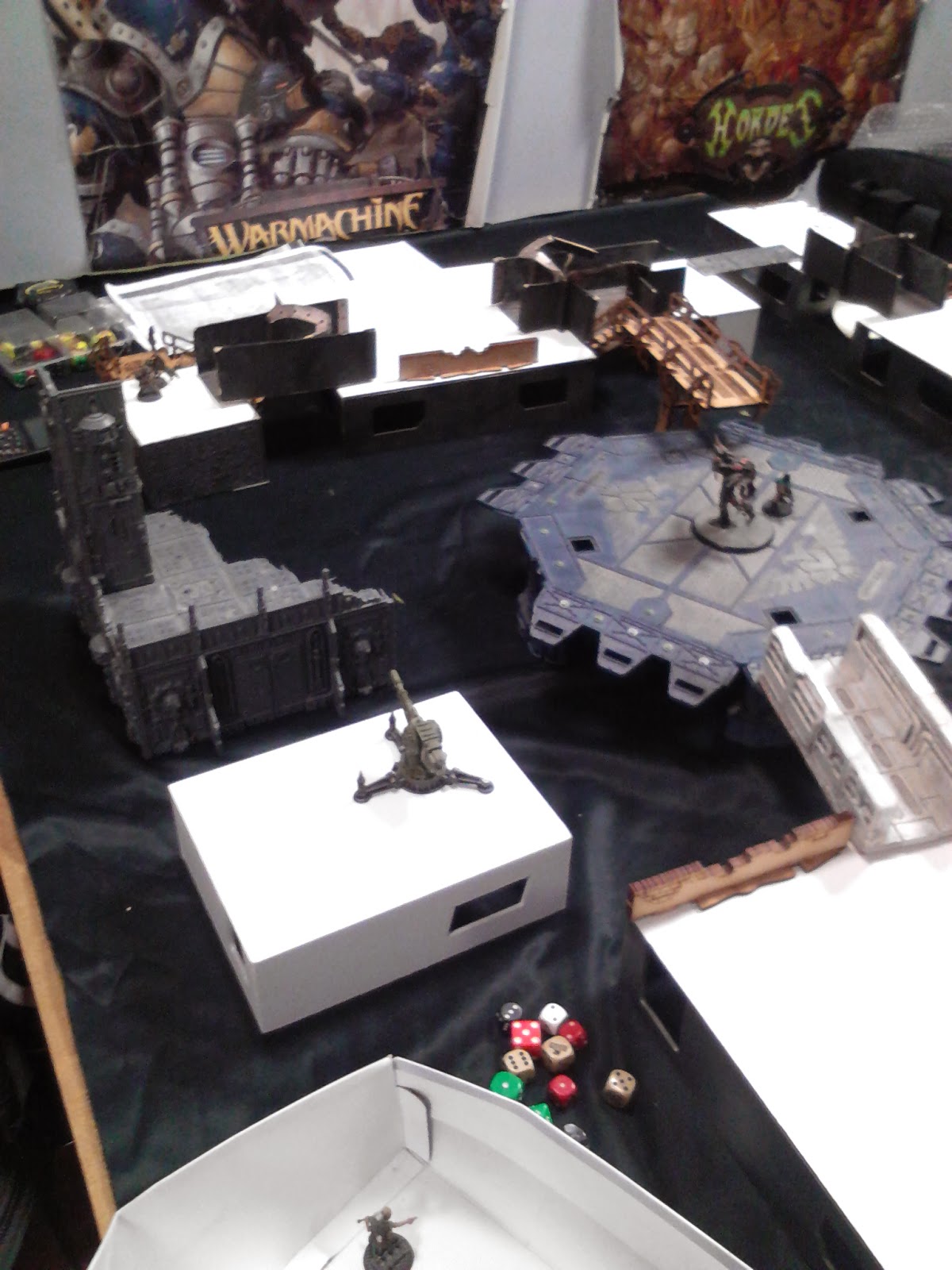 Who ever was behind this whole thing had very carefully covered his tracks & had indeed spun a find web for us to try to untangle, we decided to track down as many members of the guild as we could.
Le Farge freely gave us the names of the other 12 members that made up the council of 13.


Even with the names & address's this was still going to be no easy task with the planet falling more & more into chaos with every pasting minute & all the other guild members gone to ground in fear of their lives. 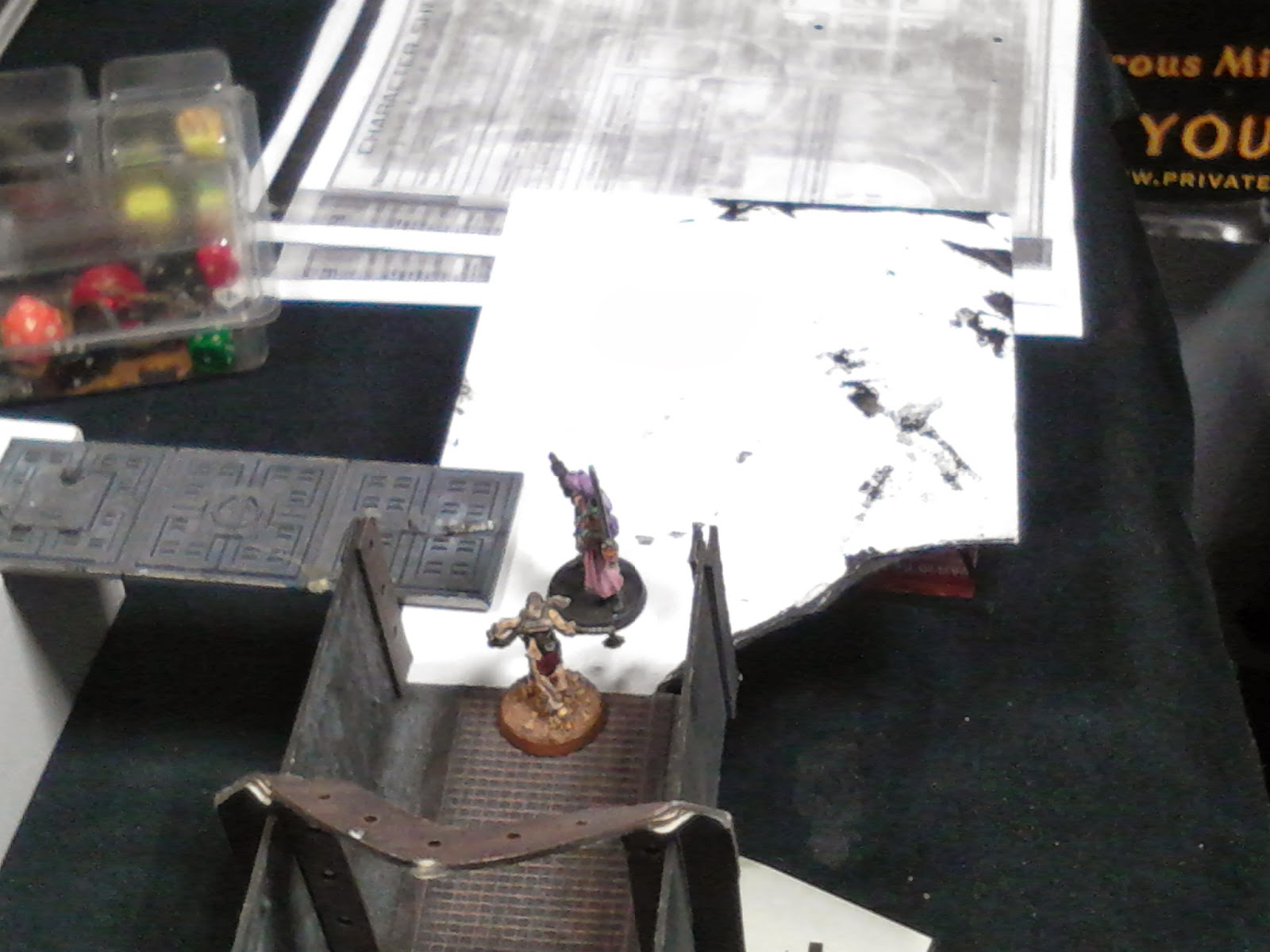 This is where Jack was able to help us out no end but even so things where not going well with the first 2 we tried to track down seeming to have vanished off the face of the planet, in fact it was not until we had our first success when we tracked down Major Hayne's that we leaned the other two had been murdered. 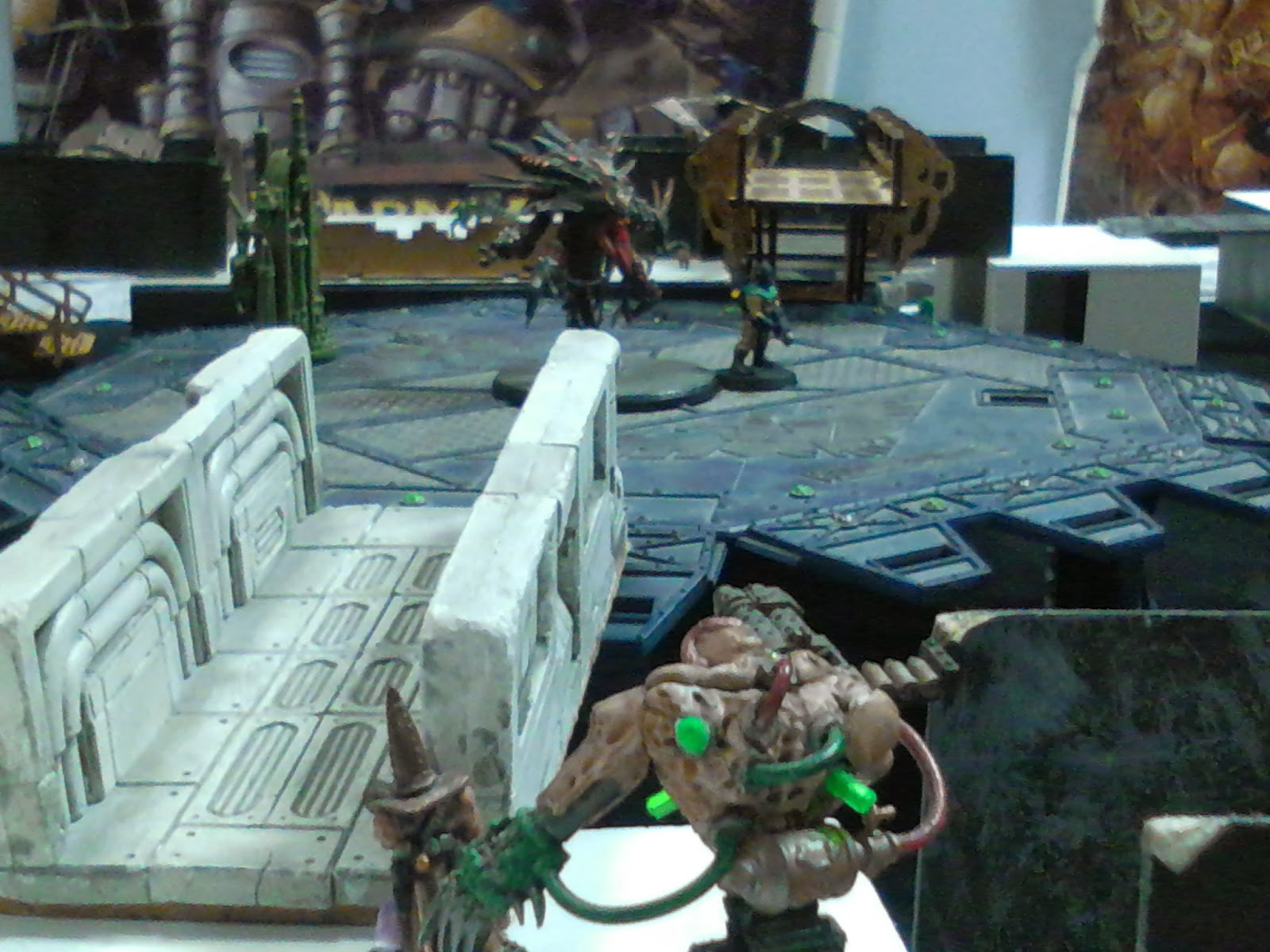 Hayne's thank to his military contacts had taken up refuge in an imperil guard barracks that was under the command of an old friend of his that he'd fought side by side with in many a campaign & that  was still loyal to the now falling government. 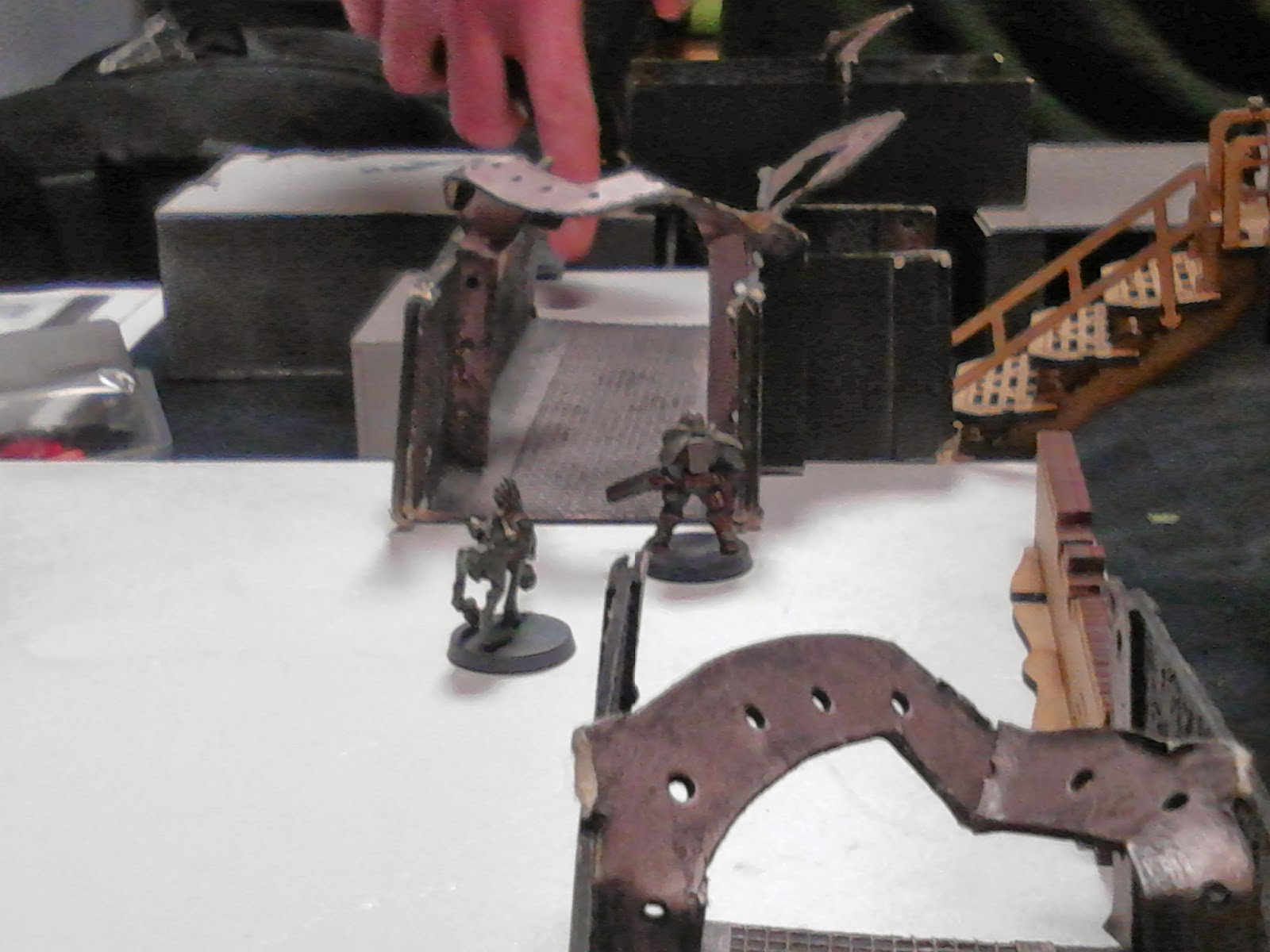 The problem was that there was now a new government in place under the pretence of martial law a General named Unsworth had taken over the day to day running of the planet, but Hayne's told us that he'd managed to get in contact with one of the other guild members a few days back that had told him the the General was only a puppet & that the brains behind all this trouble was the head of the biggest off world shipping company, a man called Scarus. 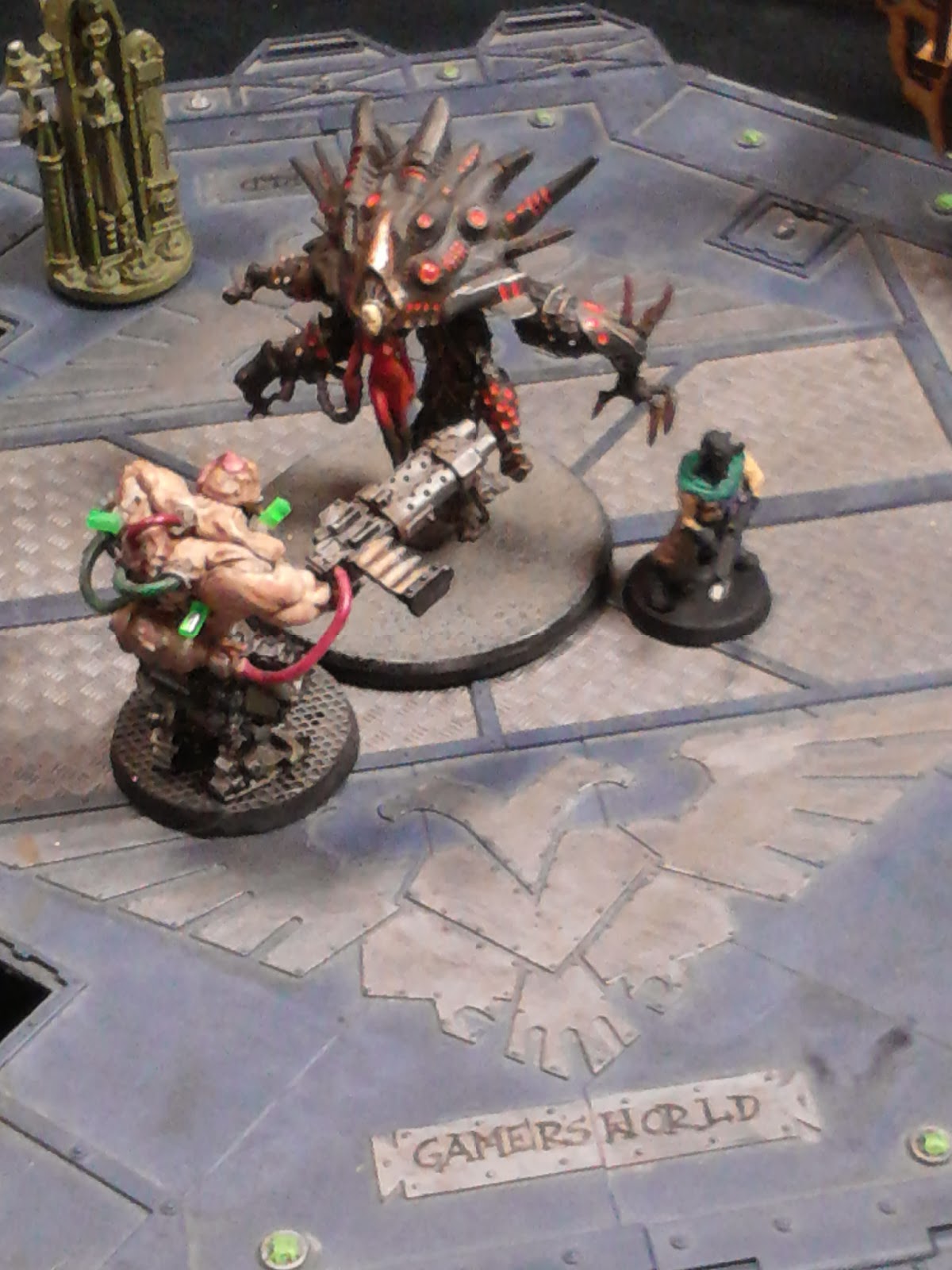 With time quickly running out I knew I'd no other choice then to commandeer the barracks & order a raid on Scarus's home, but all this was to achieve was to add more names to the growing list of the dead, as General Unsworth refused to fallow my orders & instead sent some troops from a different barracks to try to intercept us. 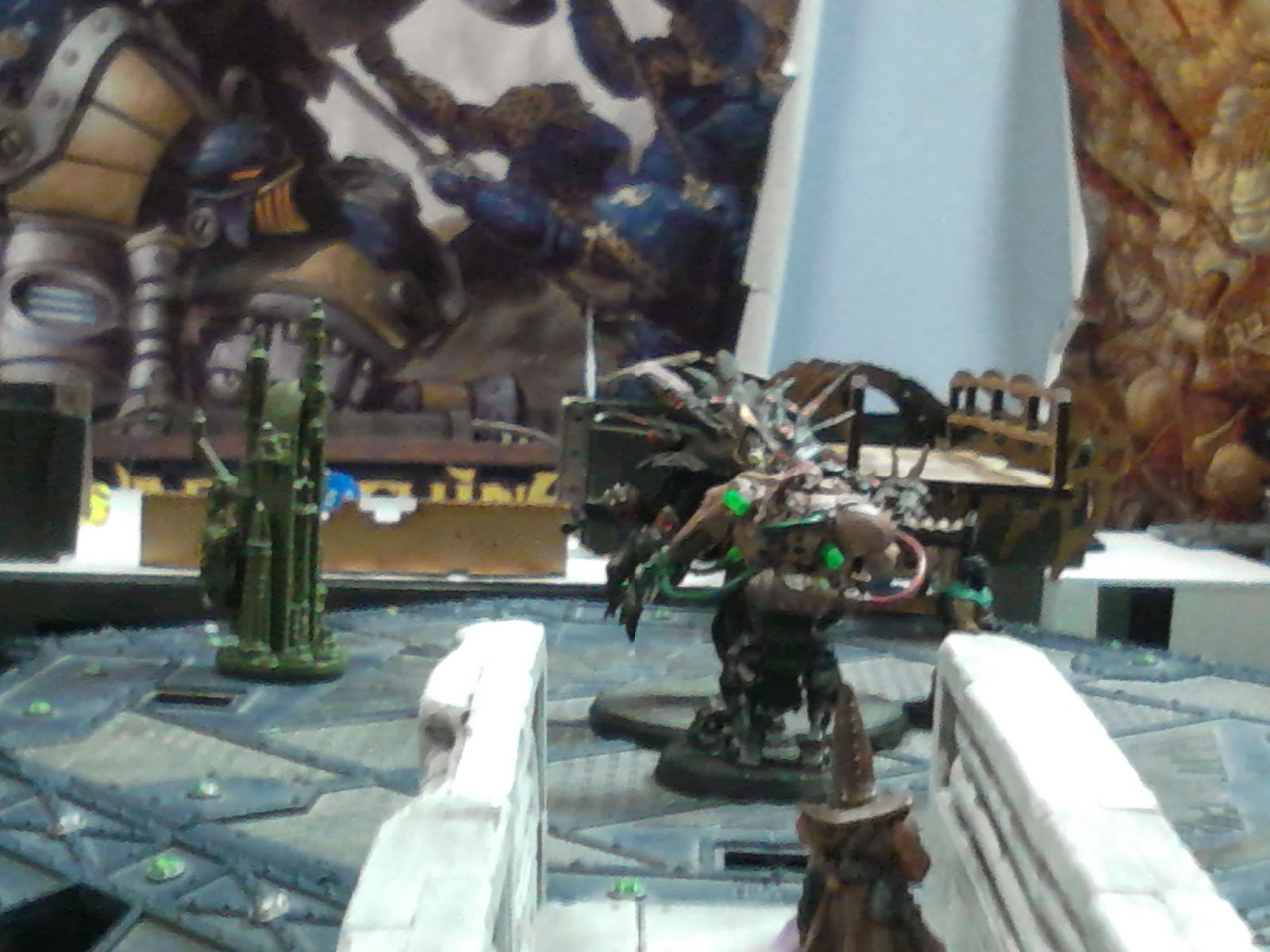 Needlessly to say that this was to result in Scarus skipping town so to say, but because of the fact that he'd to leave in such a hurry he had to leave behind information that he would not have wanted to.
While Scarus may have been gone to ground that did not stop thing from steadily getting worse with rioting braking out all over the planet & law & order falling apart. 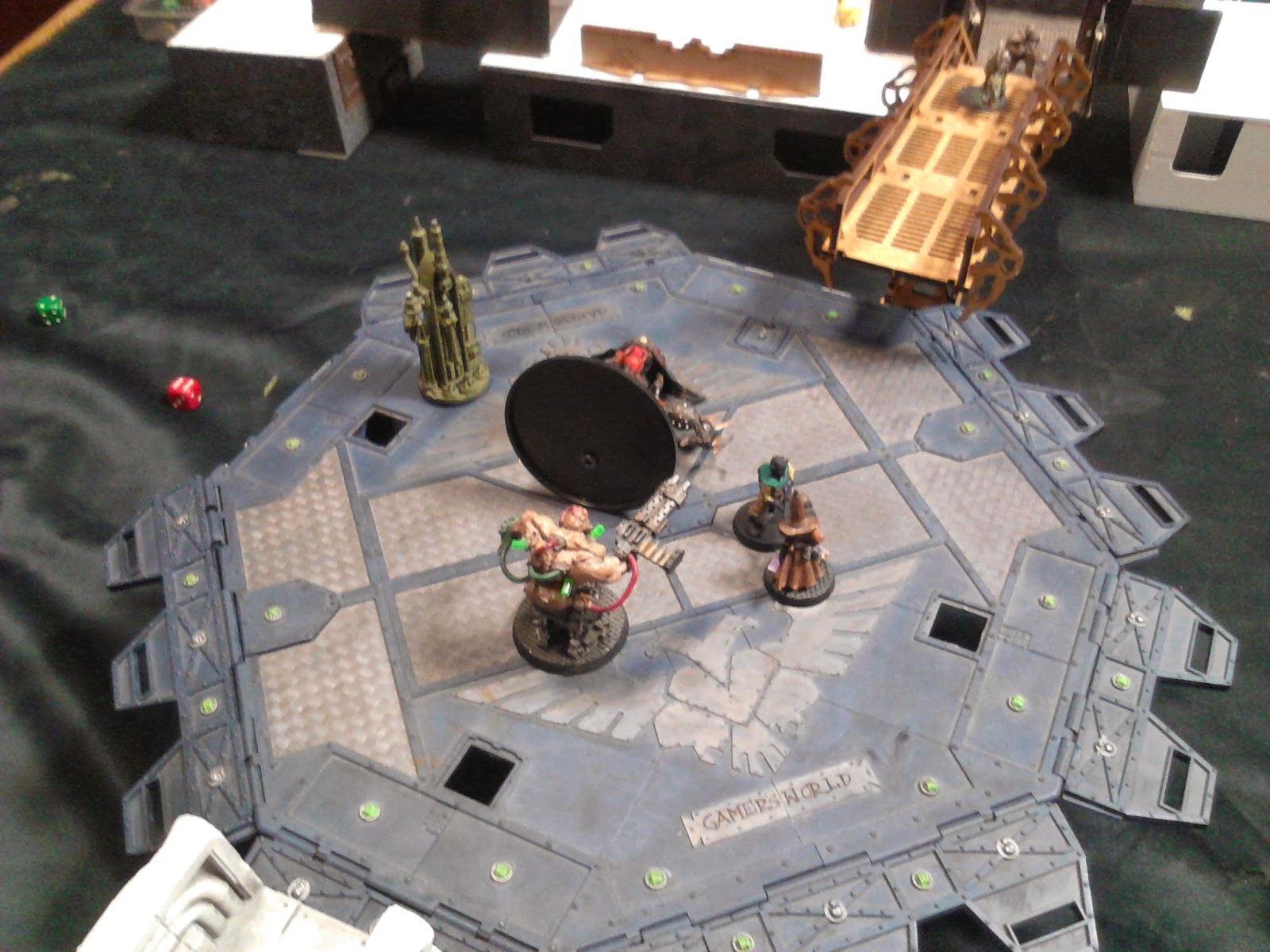 It would now need a full scale invasion to bring Odec Prime back under the Emperor's law, my immediate concern however was to apprehend Scarus & bring the Emperors justice upon him.
After weeks with the city in flames we got word that Scarus was going to try to get off world & that a ship would be picking him up from one of the cities highest landing pads. 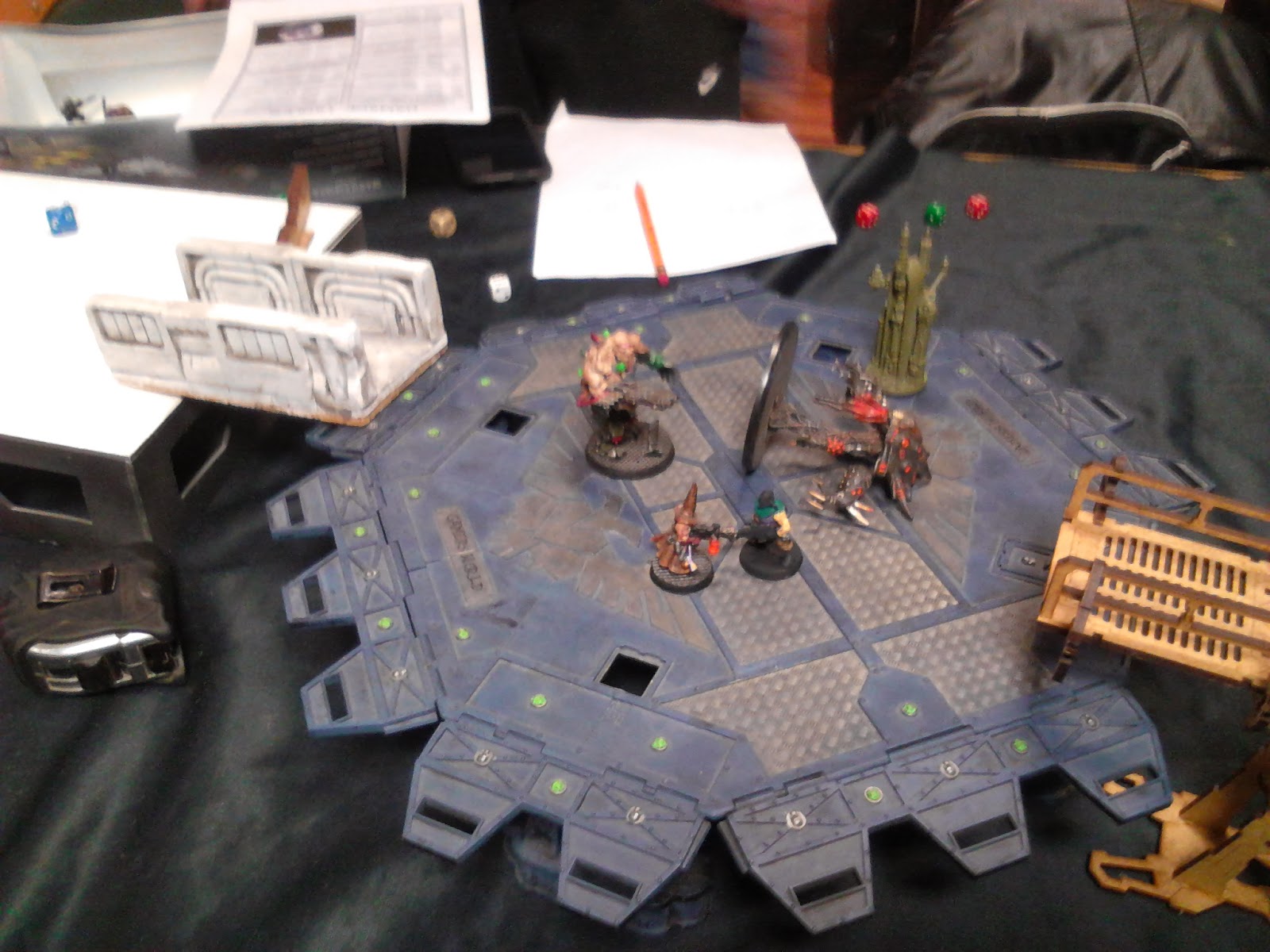 With the city in flames all around us we gave chase to Scarus across the roof tops as buildings collapsed into the flames all around us, over the vox I ask Jack to ready his flier & pick up Bror, Rouxinel & myself leaving Gnut & Greek to keep up the chase. 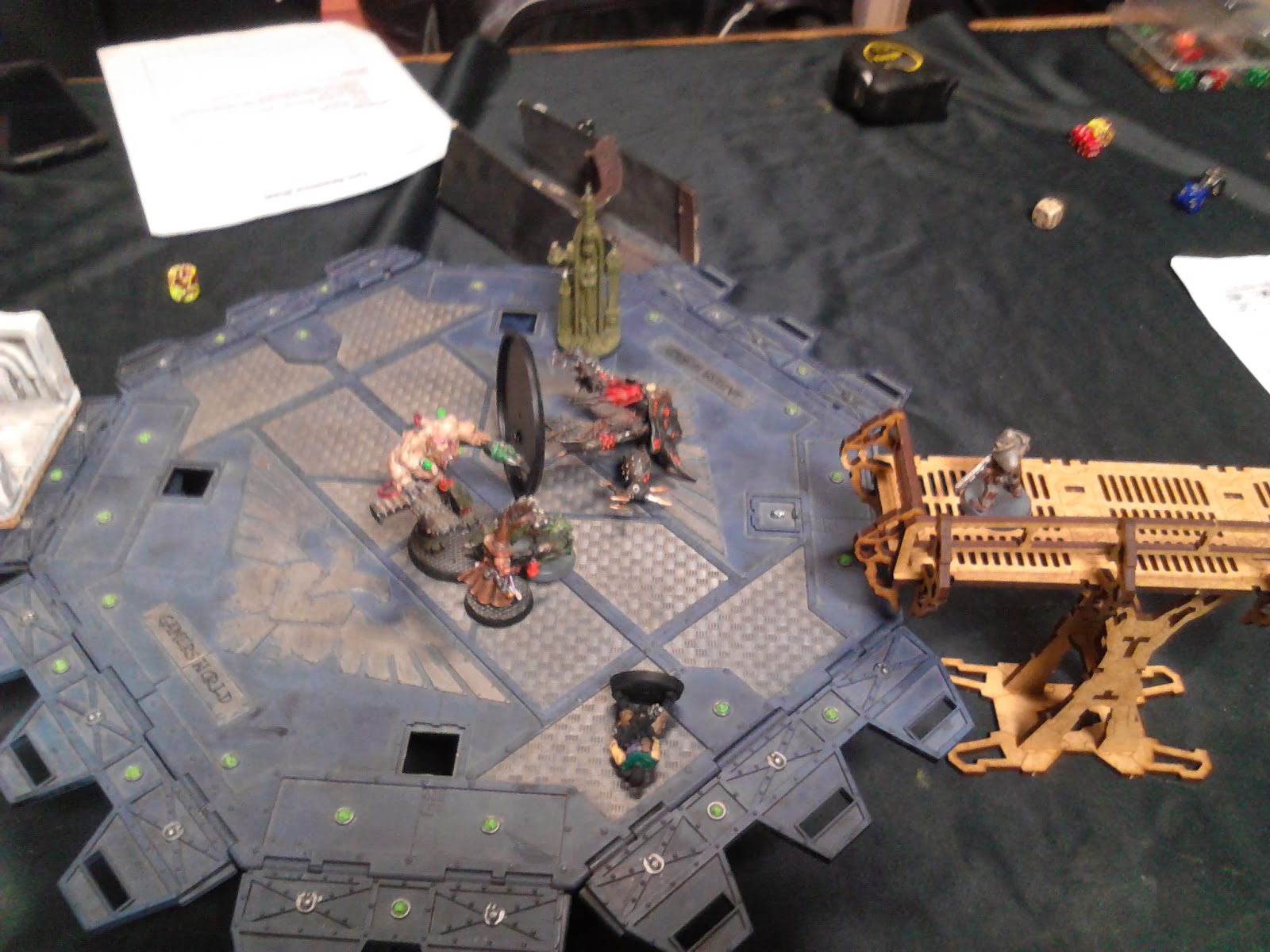 As they breached the crest of a roof top they could see Scarus up a head on a landing pad with some kind of foul chaos abomination, this was to be their pick up point, activating his drug injectors Gnuts rushed the last couple of hundred meters to the landing pad & smashed straight in to the chaos fiend, while Greek fallowed up as quick as he could. 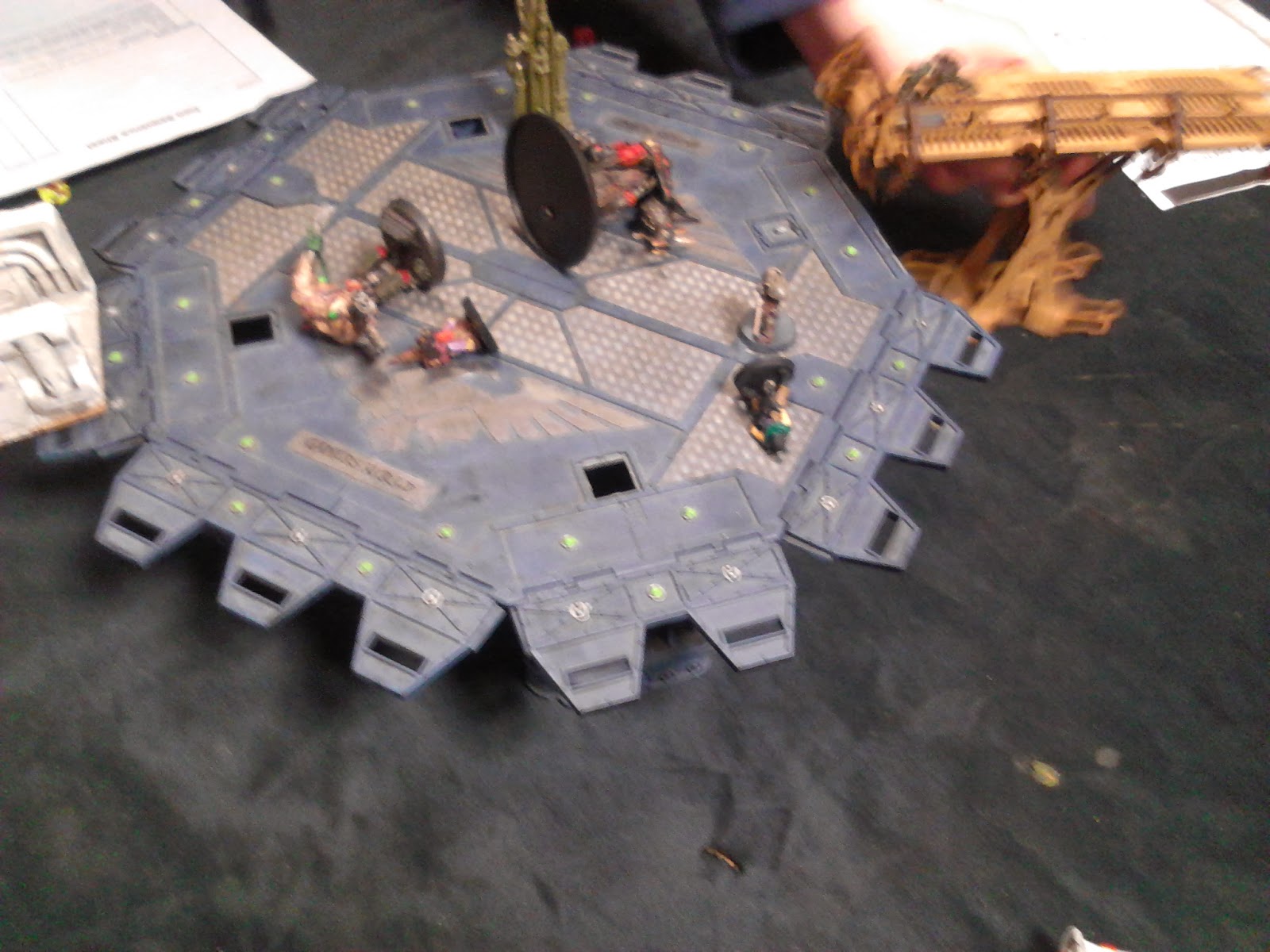 With the drugs flowing through his veins Gnut rained blow after blow from his lacerator into the hell spawn, drawing his sword as he closed in on Scarus, Greek engaged the traitor in combat to try to bring about his end. 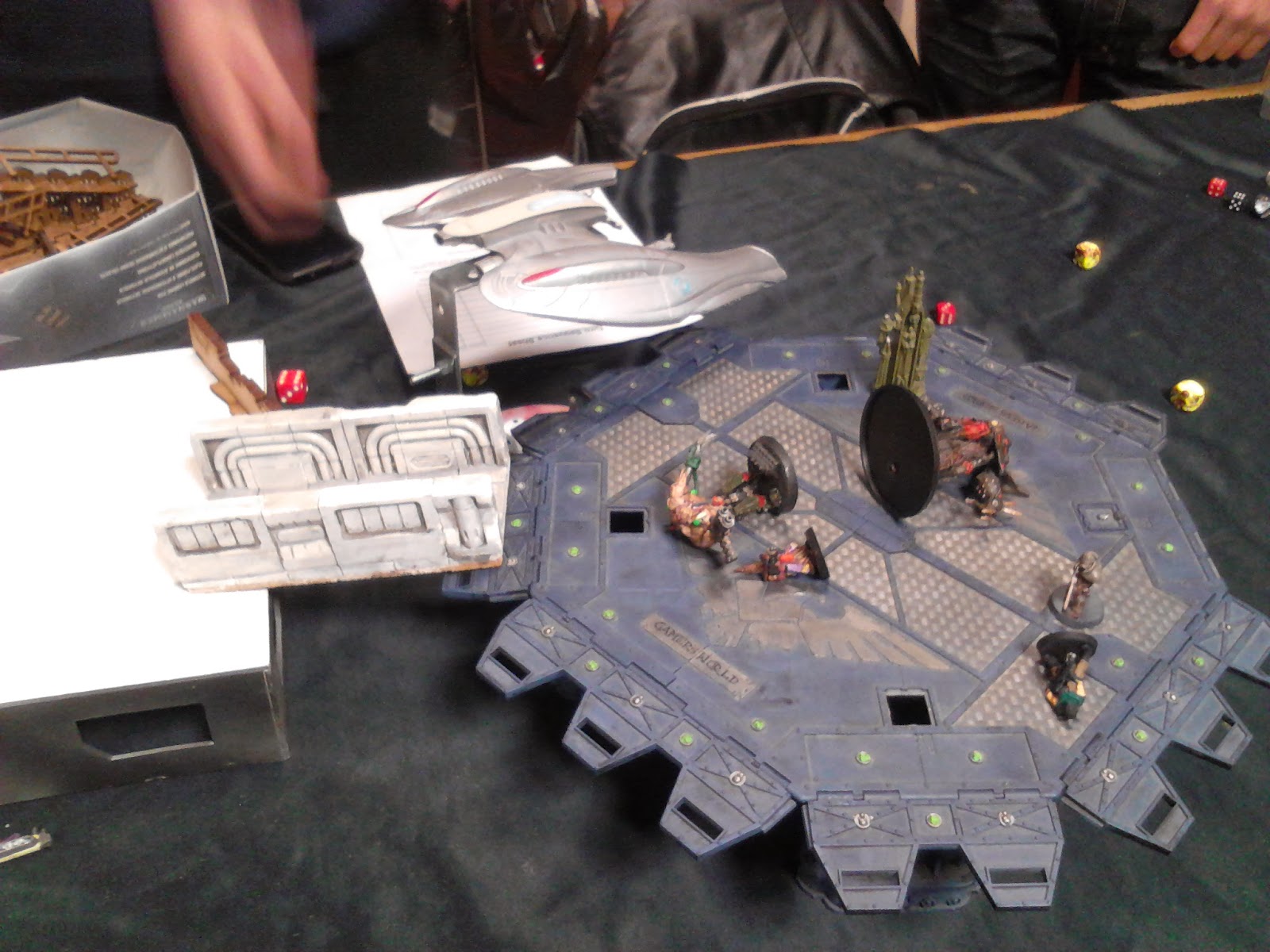 No sooner had Gnut finished the the chaos thing when he was set upon by a furious kroot hound that had come onto the landing pad from the opposite  diction, so fast was this thing that try he might Gnut's couldn't land a blow on it while the hound keep darting in & out biting chunk after chunk out of Gnut's with it razor sharpe teeth.

Then the beast leaped at Gnut knocking him to the ground & then trying to get in on his troth, Greek had by this time brought justice to Scarus with a plunging blow from his sword into Scarus blacken heart, seen his friend in trouble Greek went to Gnuts aid but his hound was of a unnatural speed & was on Greek in a flash.

It was at this point that we arrived at the pad in the flier & seen this kroot hound knock Greek off his feet I told Bror to take up his rifle & put a man stopper round into the beast, been the marksman that he is I'd no fear that Bror would hit Greek instead of the hound.

My faith in Bror was well founded as was thrown across the landing pad by the force of the man stopper round mashing into him, such was the strenght of the animal that it was back on it feet straight away but just as bron was get ready to put another shot into him he took off back across the roof tops.

Jack quickly put down on the landing pad & we brought our two friends on board a moment later we where back in the air as Rouxinel set about seen to the wounded pair, as we move away from the pad I looked out one of the viewing ports to see a man step onto the pad & go over to Scarus body & search in his clothing for something end recording.

His brings to an end our little campaign so all that is left for me to do is thank Jamie on the wonderful story & back ground he came up with for us to play our games out, my thanks to my fallows players Ralph, Paddy & Roman, also my thanks to you for dropping in I hope it was worth your while.