So with real life getting back out of my hobby I've been able to make a start on the first battlefield project which is going to be an airbase. 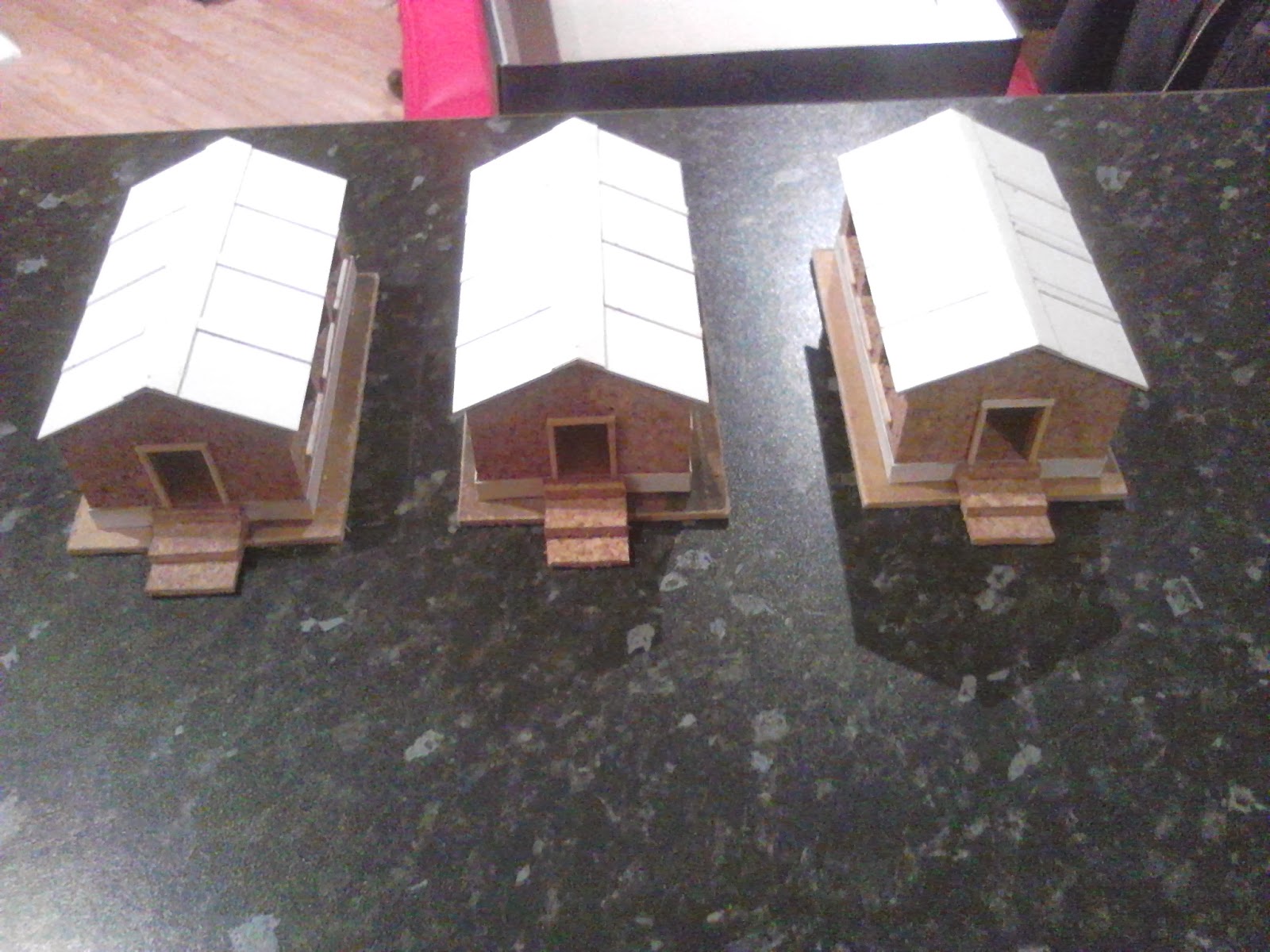 What I'm going to have in this will be, 3 billets or huts, a control building, a gatehouse some watchtowers, a hanger & some landing pads along with some chain link fencing. 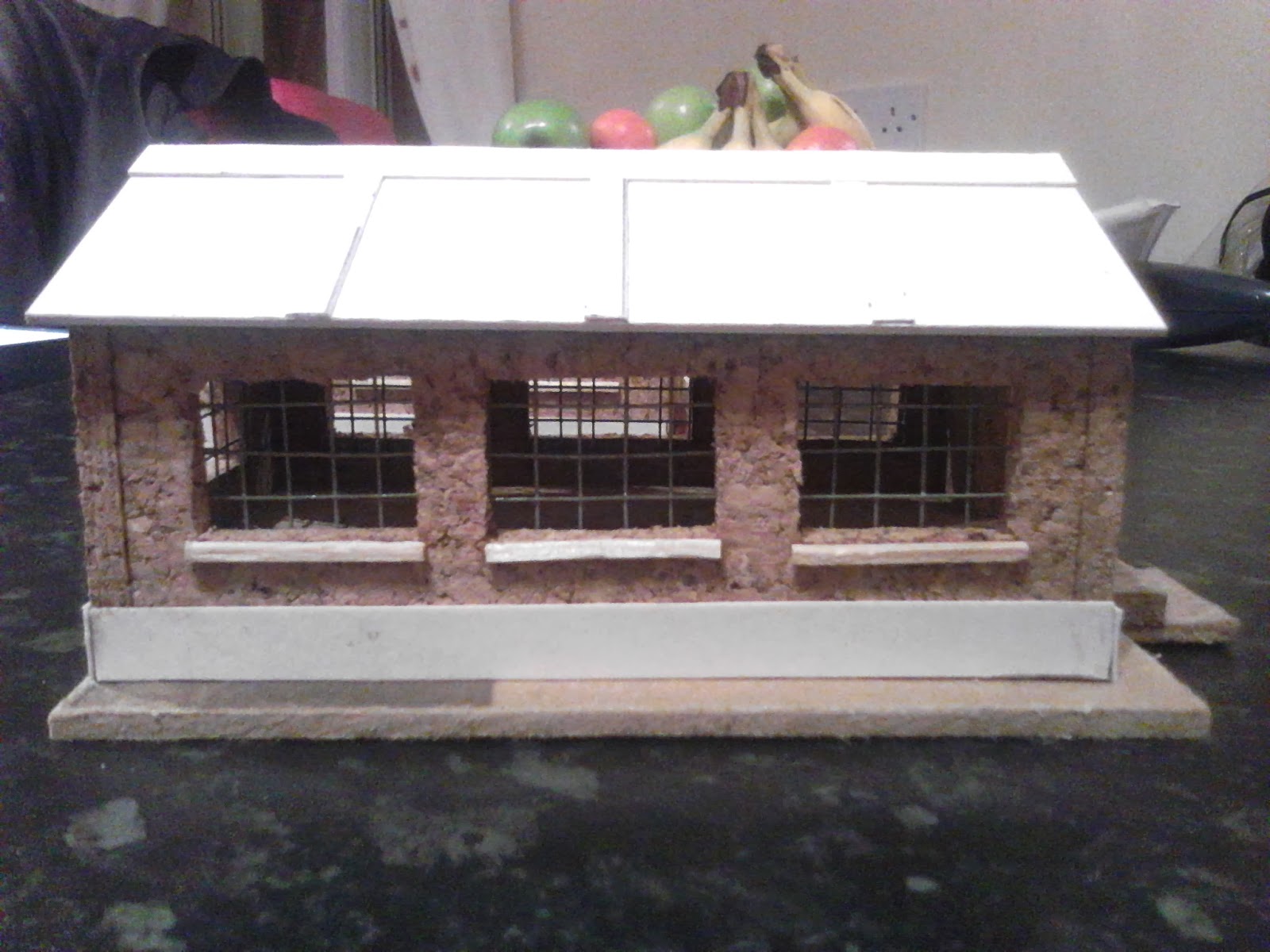 Some of the stuff I'll be doing is not my idea so here's a link to the site I'm using (http://www.matakishi.com/wwiigermanbase.htm) any stuff that it my own idea I'll do a how to wip for of which there is already one here on if it wasn't for ones for the chain link fencing.
http://ifitwasntforone.blogspot.ie/2013/04/how-to-chainlink-fences.html 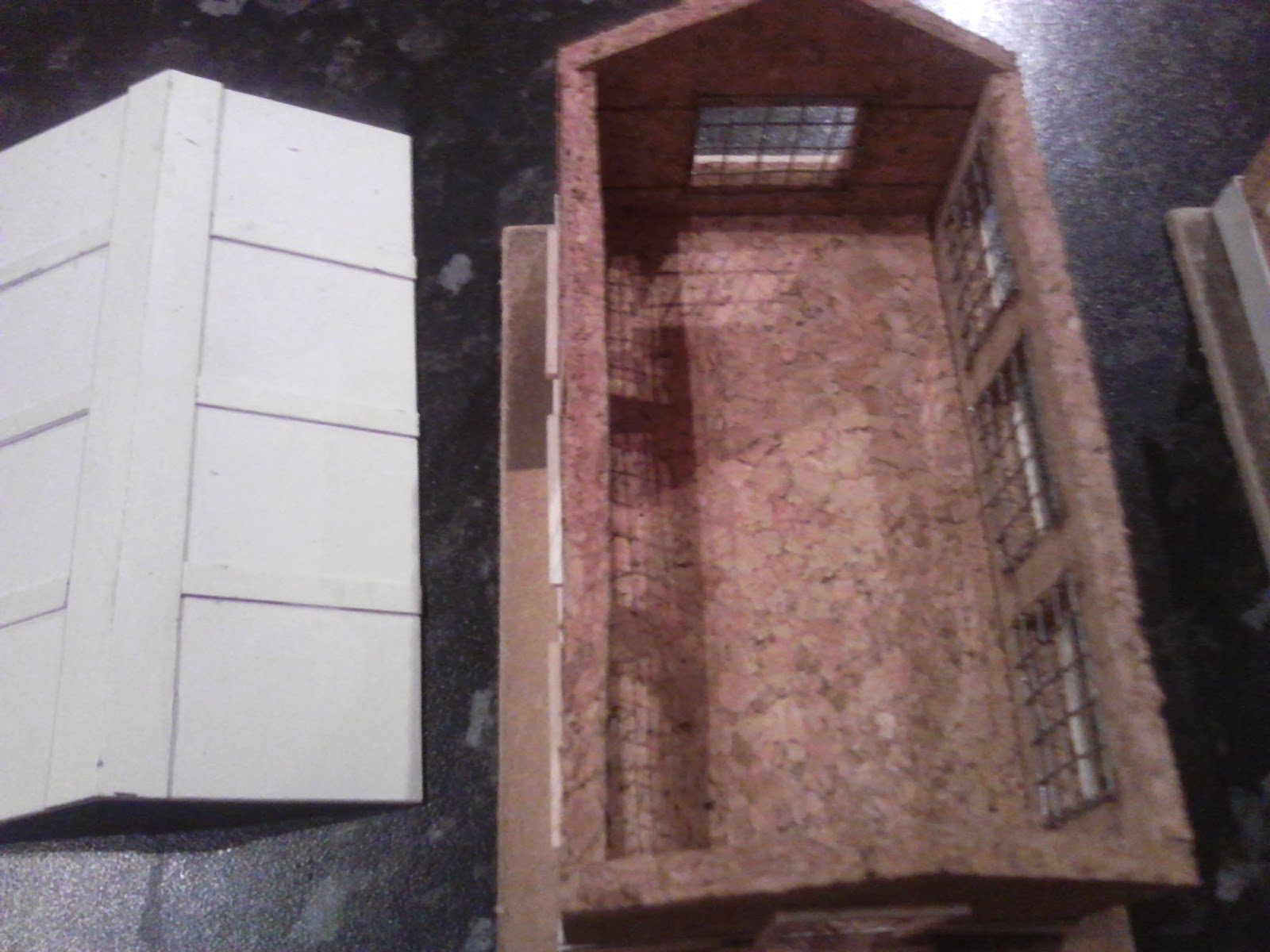 As this was my first time doing these & working with cork I fallowed the way they where done to the book, which even led to me braking a golden rule for a builder but as all it cost me was a bit of card & time it not so bad. 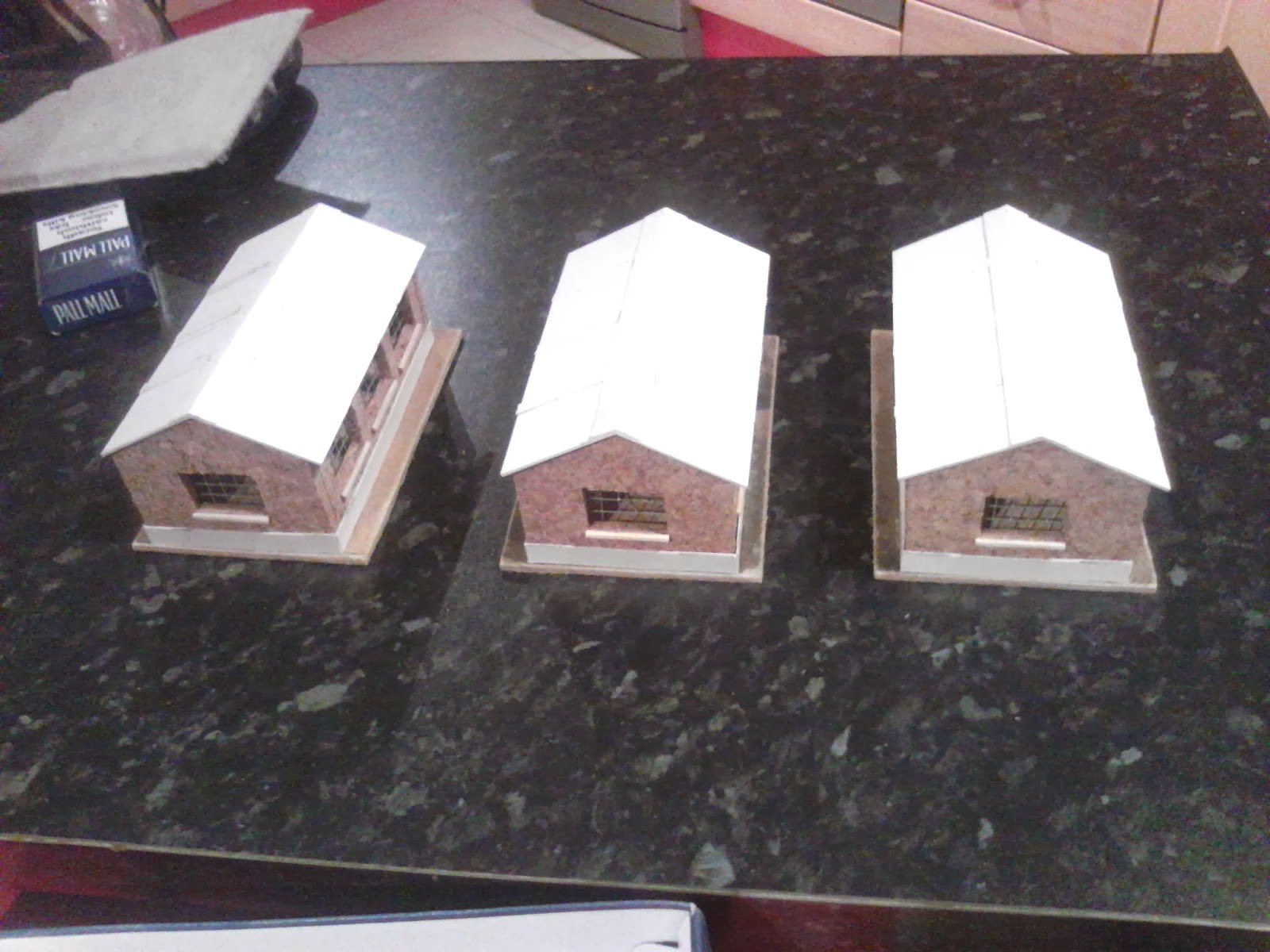 Anyway to help you out if you ever try to make these make your huts up & then check the length of the building before you cut the card for the roof, the reason for this is that if the cork your using is ticker it will make your building longer. 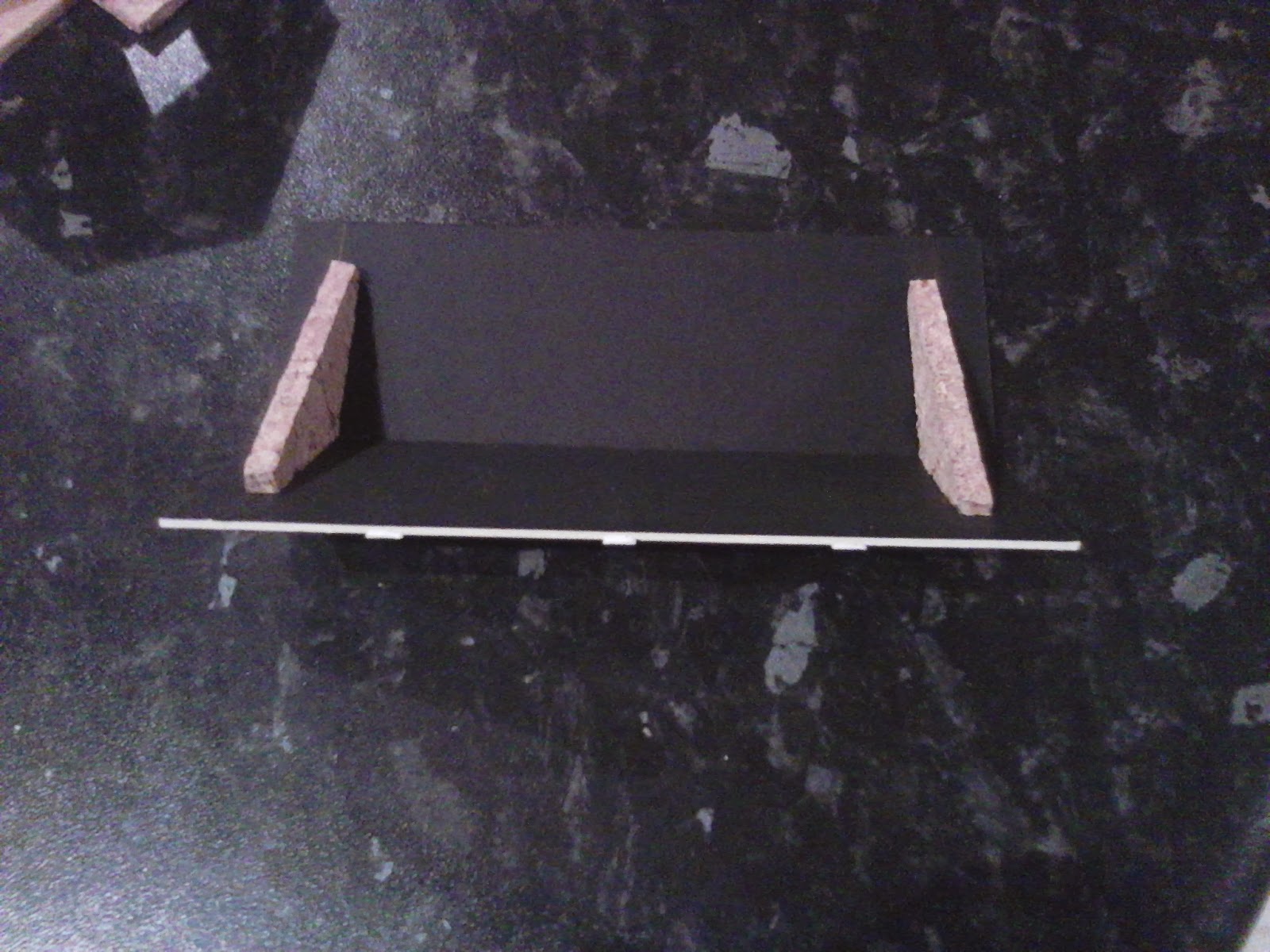 I added the two supports into the roof & all these are are the triangles you cut off at the gable end glued together this gives your roof the right pitch, also if I was doing these again I make them about 10mm higher & make the windows a bit bigger so that the wire sat into the opes 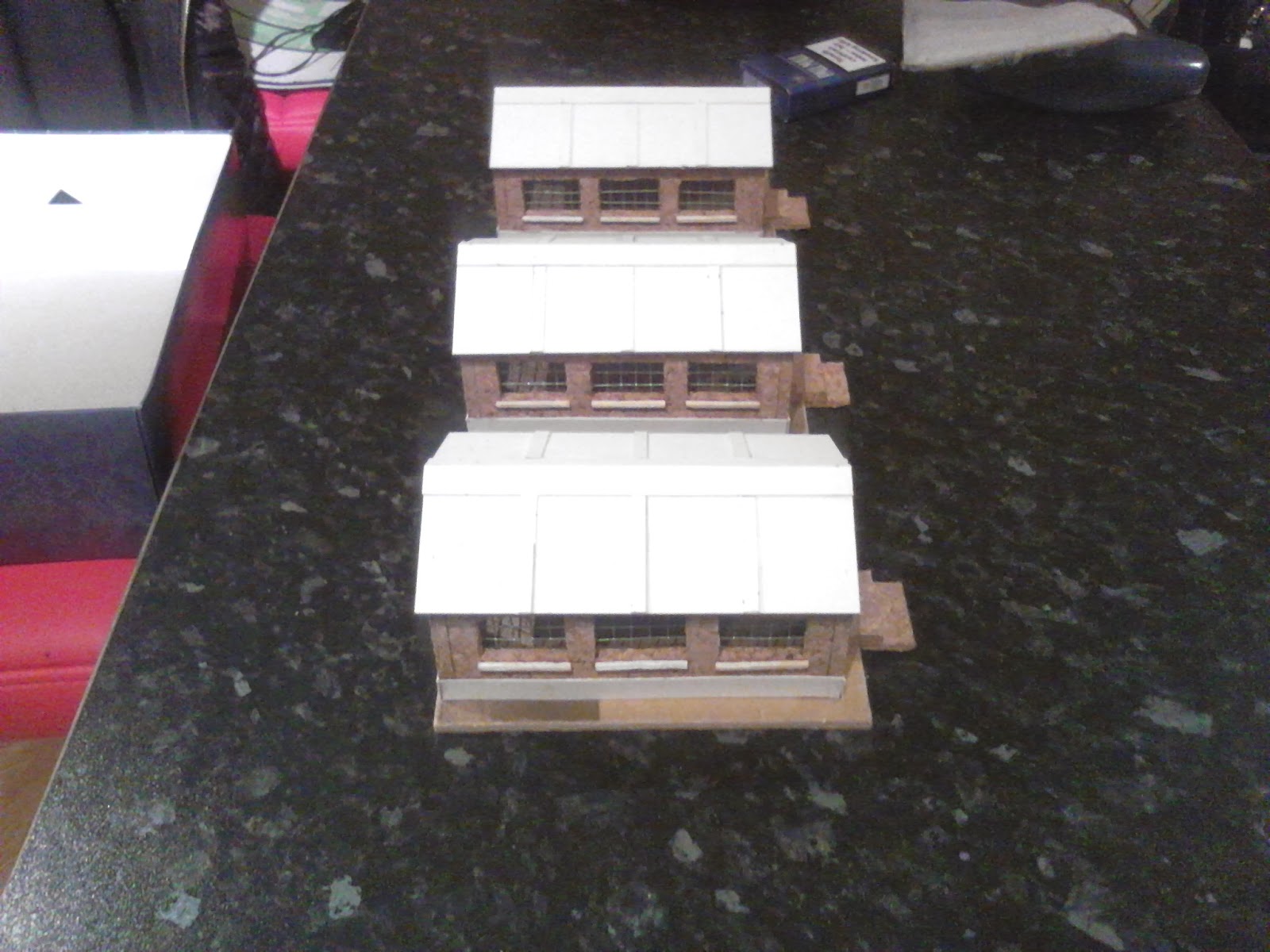 Now while some of this stuff might only be usable in certain sets a lot of it will be able to be used in different one & in different type of games which is win win as far as I'm concerned.

To get the ball rolling I'm going to start with a landing pad I'm scratch building, its not finished but that's just because I can't decide on on something, so we call this bit part one.


So thanks for dropping in & I hope to have a post on the finishing of the landing pad up in the next couple of days so please check back.
Posted by Frank O Donnell at 2/23/2014