Nids out with the old in with the new

Where it hits newyear I do something that my father started me doing a long time ago, where I open the front door & back door to let the newyear in & the old one out.
Well a little bit over a week later I fine myself doing something similar with my nids & the old dex goes taking old units like the doom with it & bring in new ones like the crone.
Now I was really looking forward to this codex until that was I read a review of WD that  reported that there was an interview with Mr Cruddace about the new nid dex & my heart sank, now I know GW are claiming that these days the design team write the rules for a codex not one person.
This could very well be true but as far as I'm concerned Cruddace & nid is like pokadots & stripes they should never be anywhere near one another, then the rules started to leak & it was looking more & more a case of oh Magoo you've done it again, for those not as old as myself Mr Magoo was a near blind cartoon man the just made one mess after another for other people to pick up the pieces after him.


So it was I headed into gamersworld yesterday with a gift voucher that my wife had given me for Christmas & the plan was to pick up the dex & some reinforcements for hive fleet Nagaina, the problem was that by now I was unsure what to do as for as I said in my last post I couldn't help but feel that the new models only reason for been the price they where was because they were the new models. 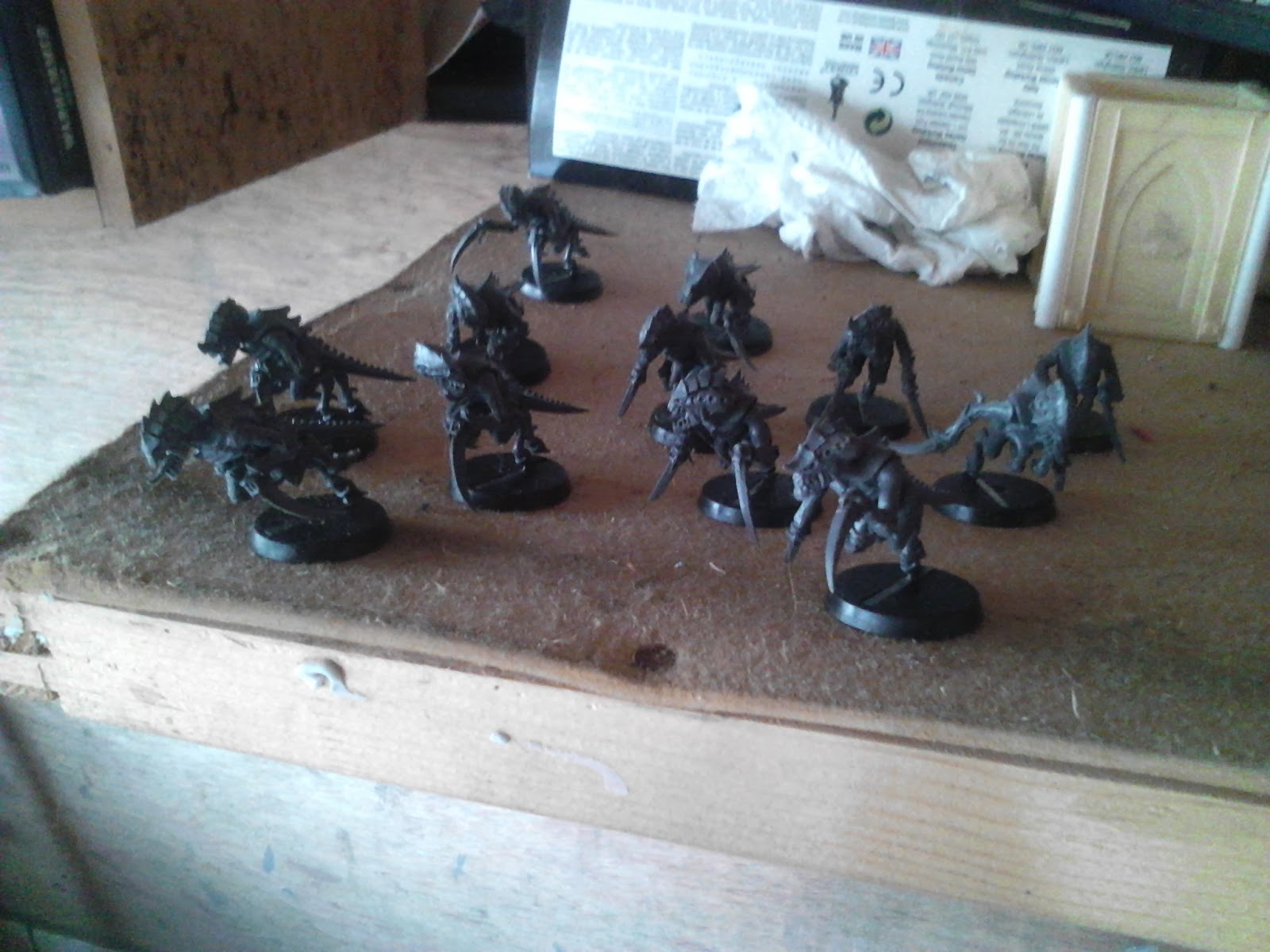 I got to gamersworld about an hour before I was to play what was to be my last game with the now old nid dex so I'd a bit of time to look at the new dex to see if I could work out if it was as bad as the net was saying, now don't get me wrong I'm not a tournament player & so wasn't looking for an over powered dex but when things like rippers where going up by 3pts a base well I was worried. 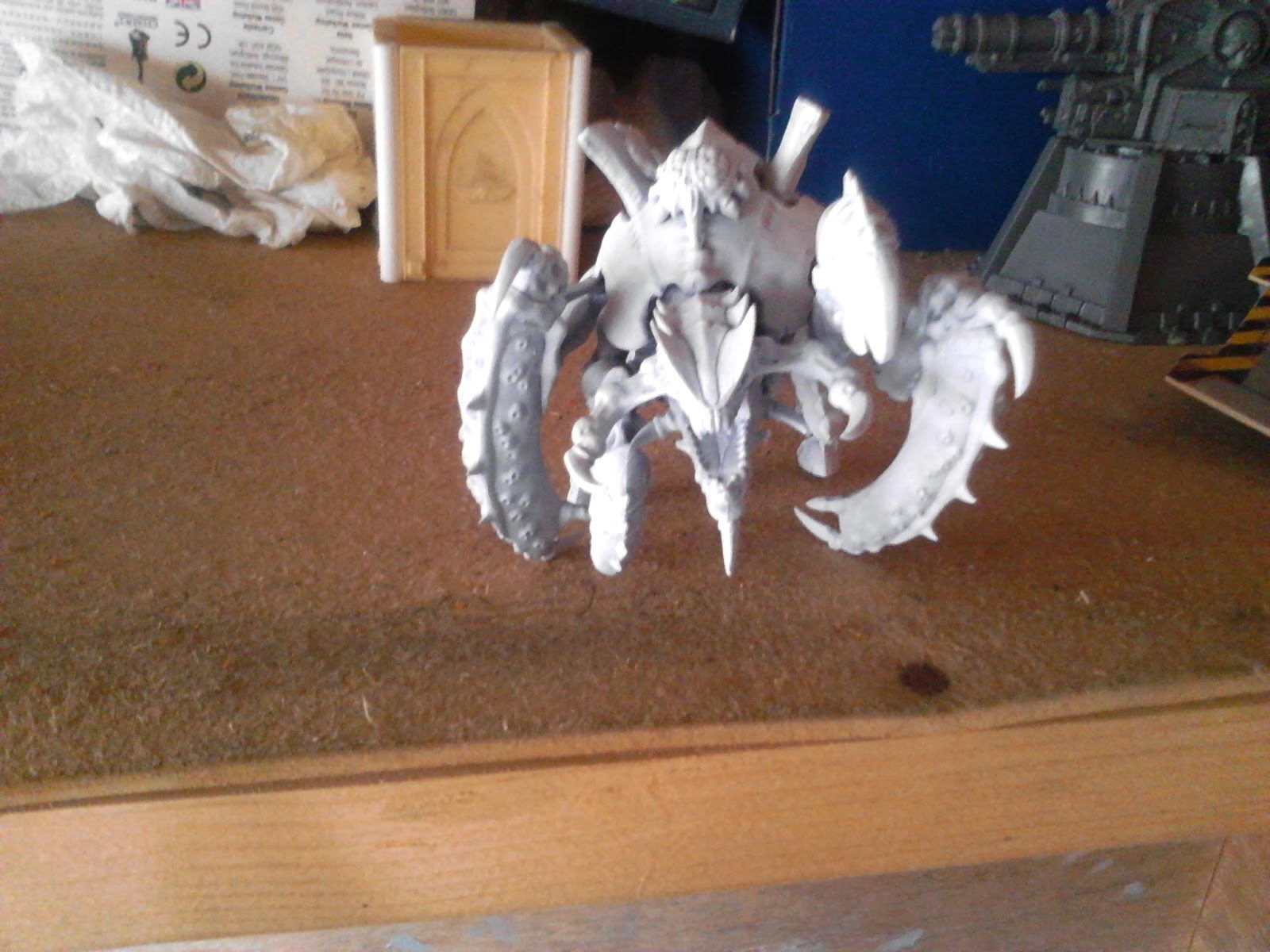 Hive fleet Nagaina take on old one eyeOn display beside the new dex in the shop happened to be deadzone a new game from Mantic & some other stuff that could be added to the game like other factions & terrain, & it was this terrain that took my eye. 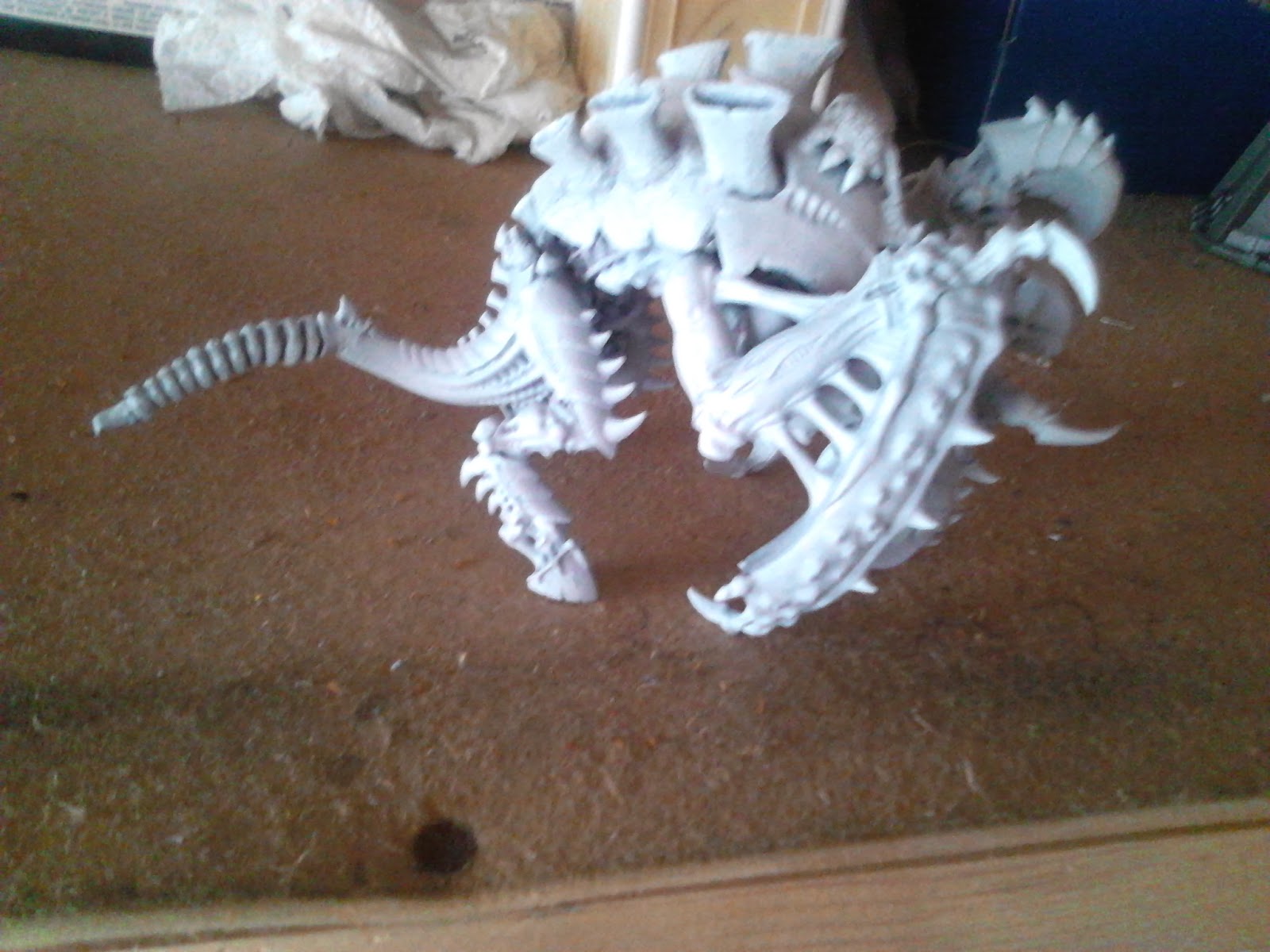 While talking (see moaning) to a guy who had come into get the new codex we had a look at it together but to be honest I was only half looking as I'd more or less gotting it into my head thet yes magoo had done it again & maybe deadzone is what I should get instead.

Anyway I put the dex out of my head a bit & went to talk to Gus about deadzone but this didn't last long as  a nice young lady came in wanting to buy you guessed it a nid dex seemed there was no getting away from it but back to talking to Gus who told me he's heading down to warpcon & then where chatting about that & before I knew it it was time for my game.
By the time I've finished up my game I haven't got much time to spare as I've got to be somewhere, so I pick up deadzone & one of the terrain pieces & hand my voucher over to Gus & oddly enough there is just enough left on it to buy the dex & after having a good look at it today I've got to say I glad I did, will this be a top tournament army ? I don't thing so but I thing it will be challenging to play & if you can build the right kind of lists & master them a very rewarding army to play unlike some of the more point & click armies out there.

So thanks for dropping in & if your interested in deadzone keep an eye on if it wasn't for ones oh & thanks to Edel for the Christmas present.