Deadzone & a million other things

The funny thing about this hobby is that the more I get done the more things I seem to still have to do, now I'll admit that winter time is a bad time for me from the hobby point of view, as I do about 95% of my stuff out in the dog pen. 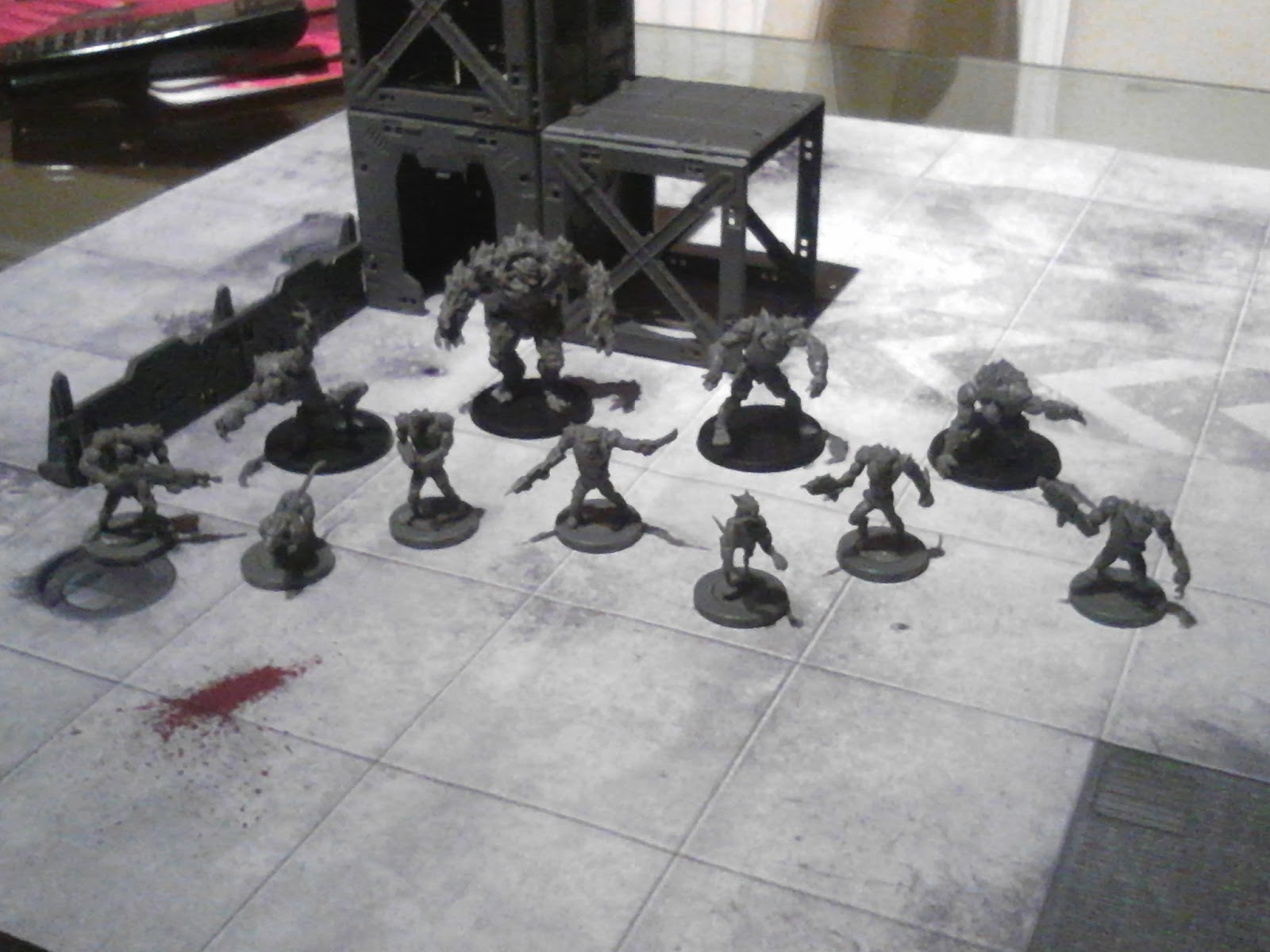 So with the days been both short & cold I don't tend to get a lot done, anyway something I have been getting a bit of work done on is my deadzone but even the bit of work I got done on that only means more work for when you get the models & terrain made up it then needs painting. 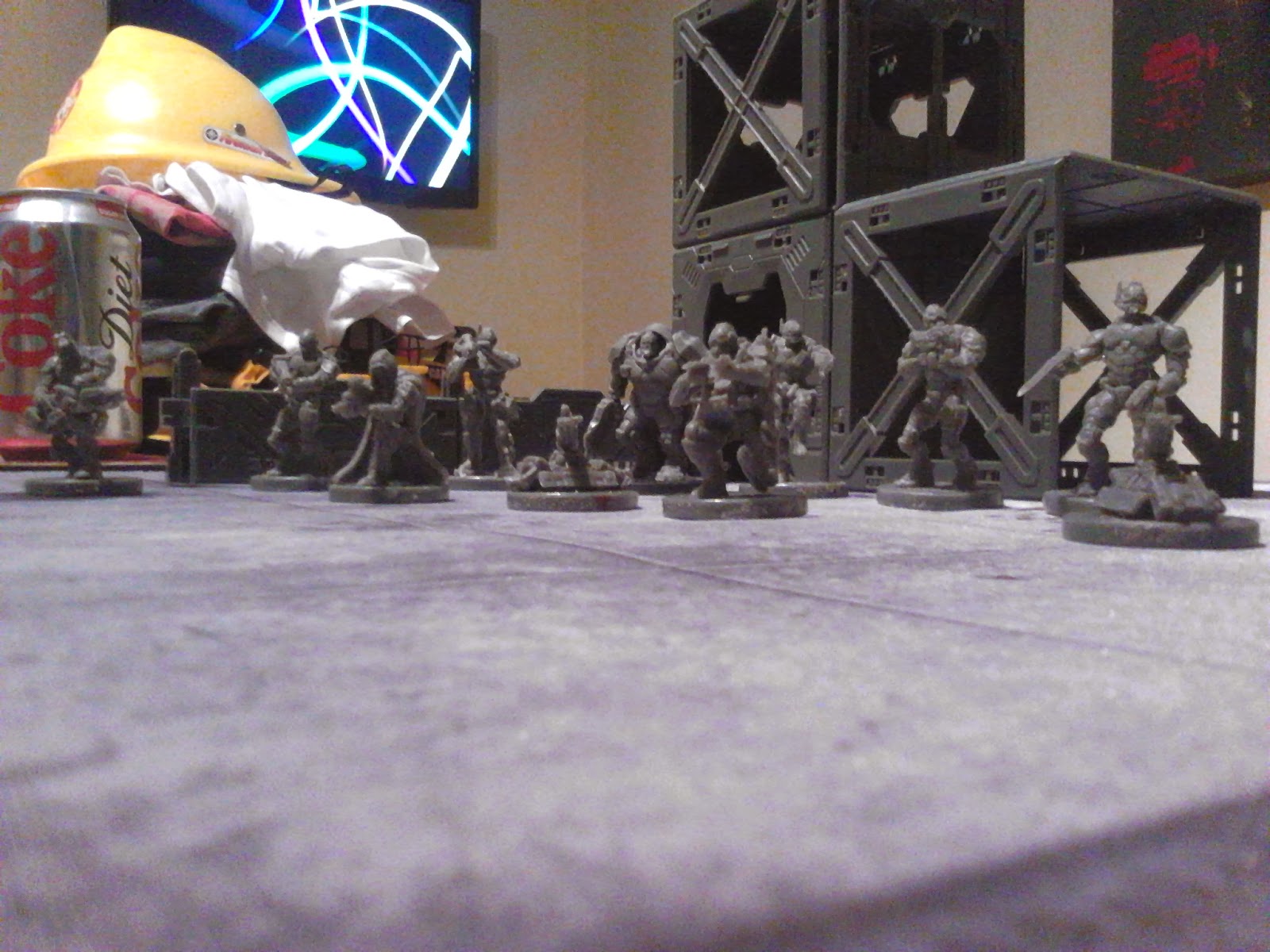 Even though I didn't get much in the way of new stuff for the nids there is still work to be done for then while I don't have much more then about 30 models to paint up for them, there is a lot of other things I want to do for them as fortifications.at the moment I'm using a GW landing pad, which also by the way is far for done in a building sense never mind painting. 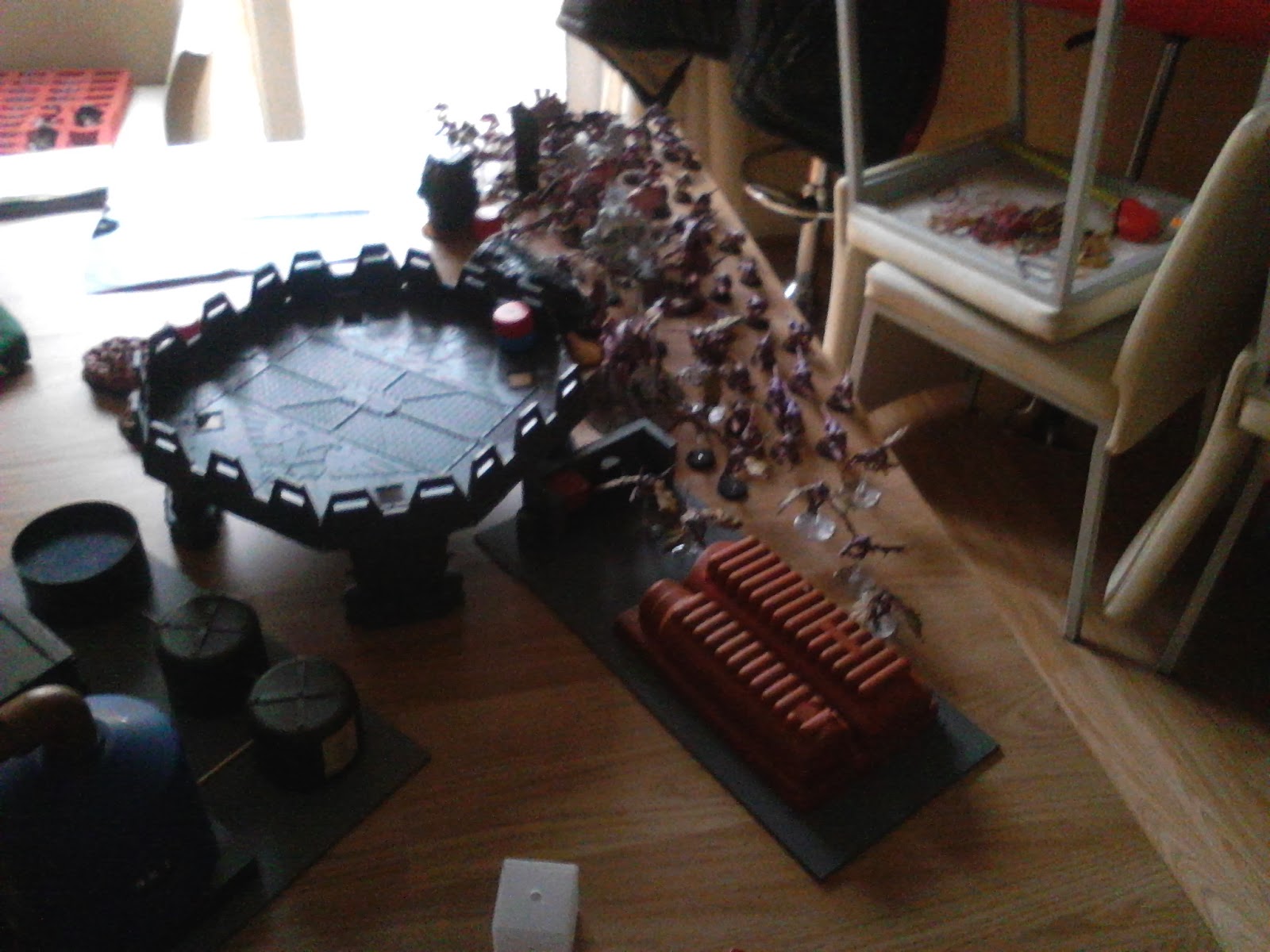 Last year from a model painting point I got a lot done but still there is so much to do, the Red Scorpions need a lot more work before I can call them an army in their own right, the IG's the same & all that is not even thing about the SoB's or thing for chaos. 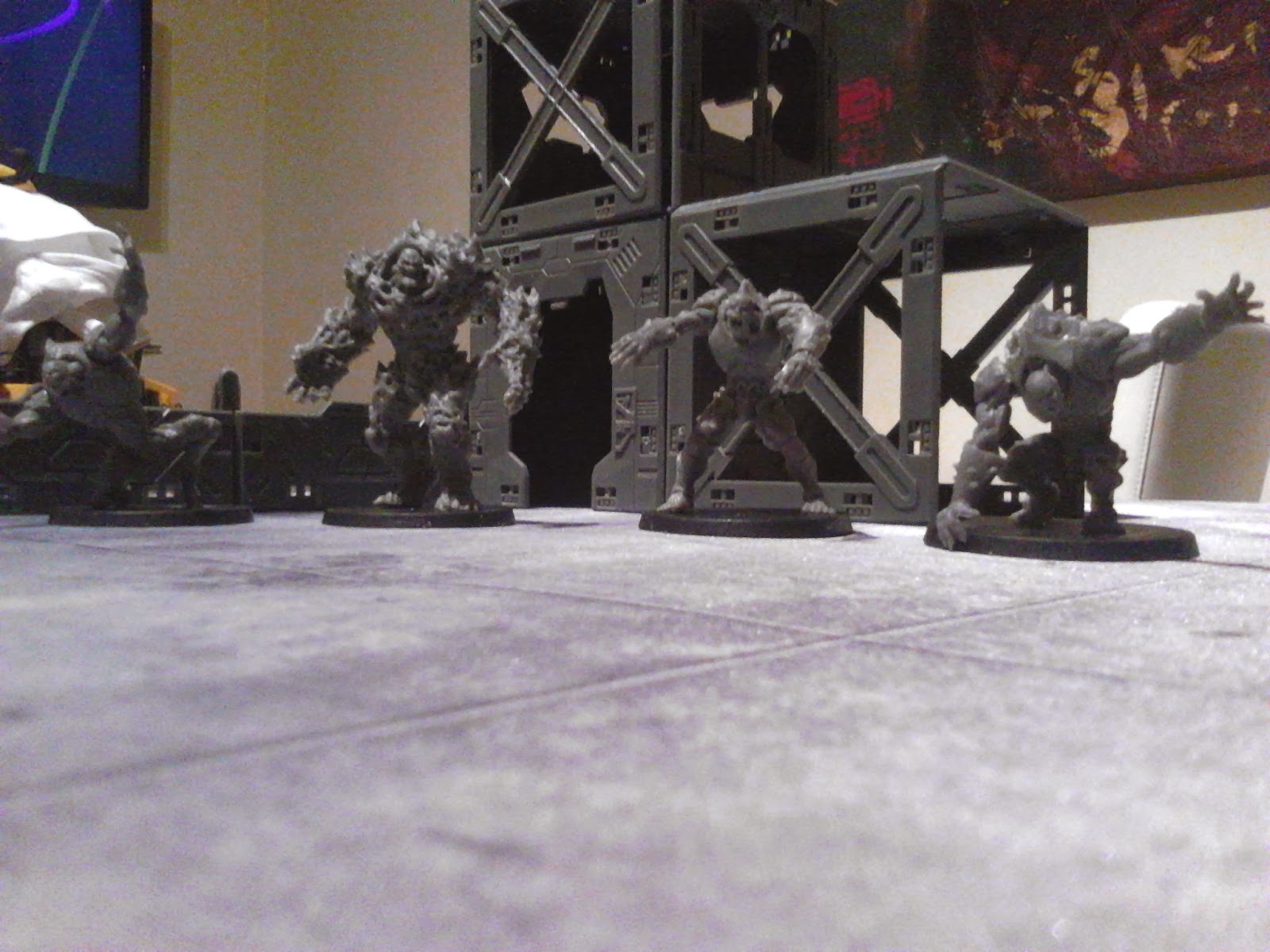 So I think I'm going to need some kind of a plan to help get me through a lot of this stuff, now I know that the best way to go about all this is to take the projects one at a time & work on it until its finished, I've been in this hobby far to long to know that that won't happen. 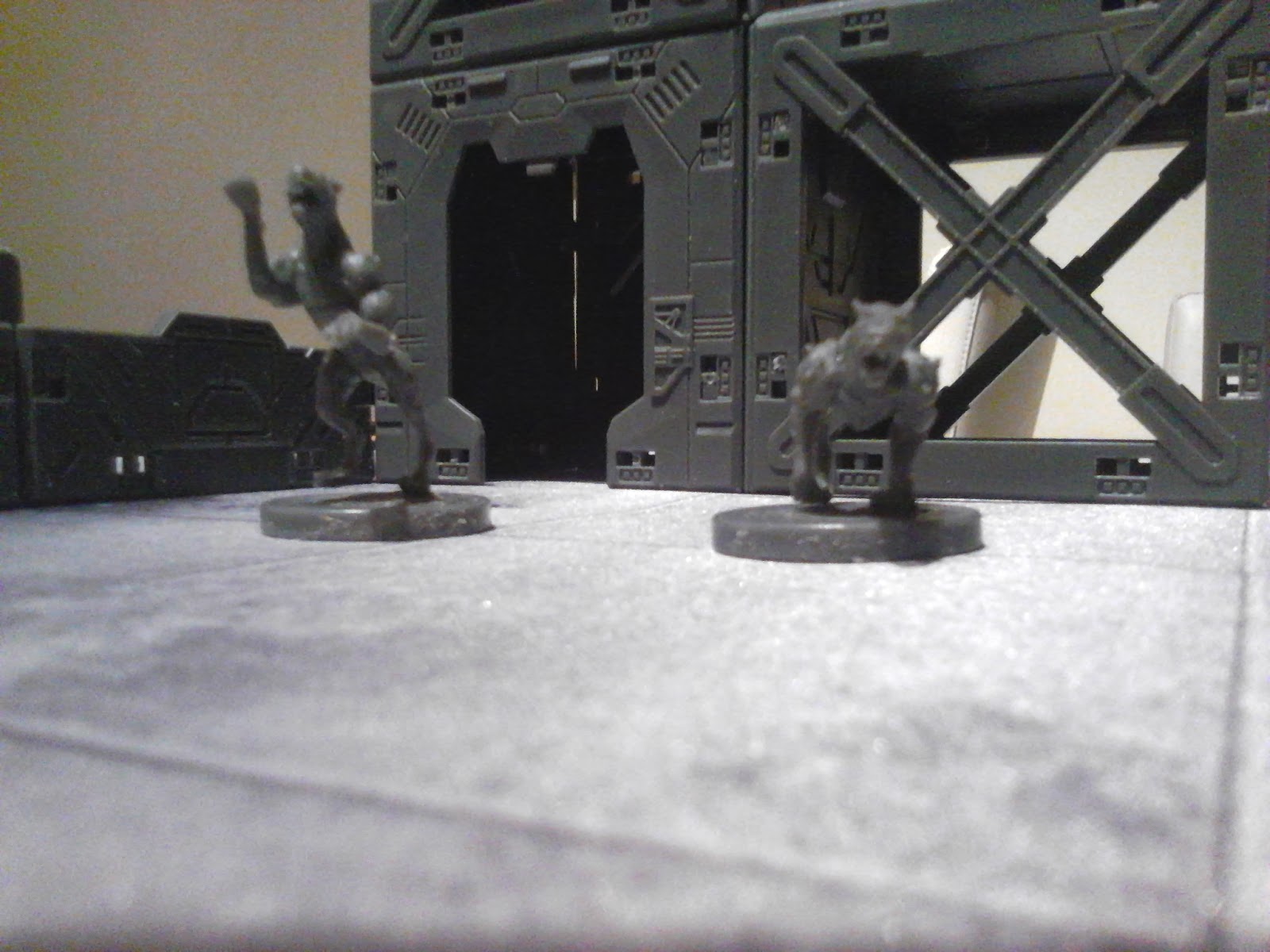 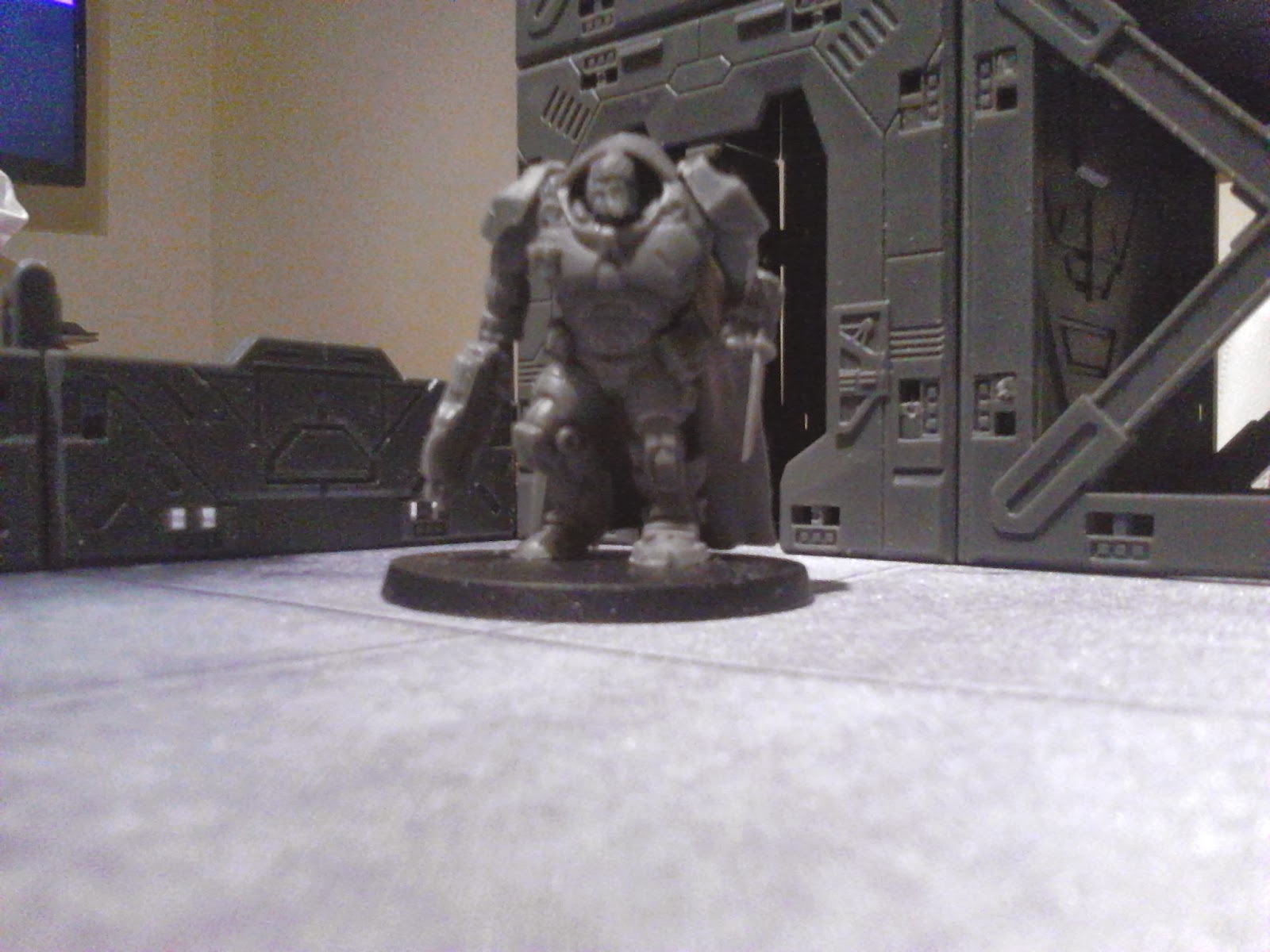 As the nids are the army that I'm using at the moment I think they'll be a good starting point as I'll get to both paint & make stuff, a long with them I'd like to do my deadzone stuff & will try to bring my necromunda terrain a long with it, so again I'll be painting & making stuff. 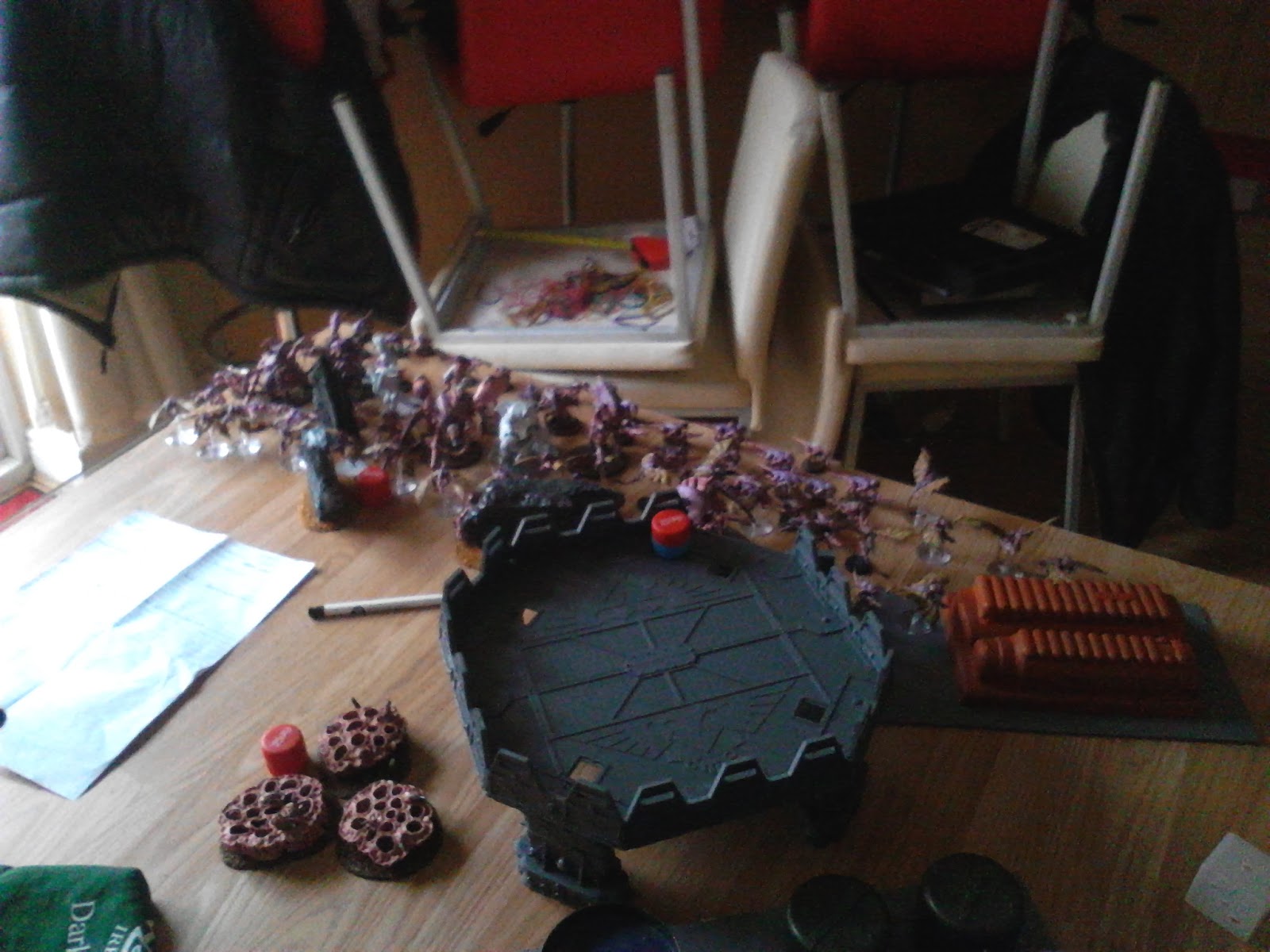 Here's to hoping I can stick to the plan as I really do need to get a handle on a lot of stuff, but with winter quickly pasting its time to get cracking & putting some of these project to bed, for as you can see in the picture above not only does the landing pad not match my army, it not even the right colour. 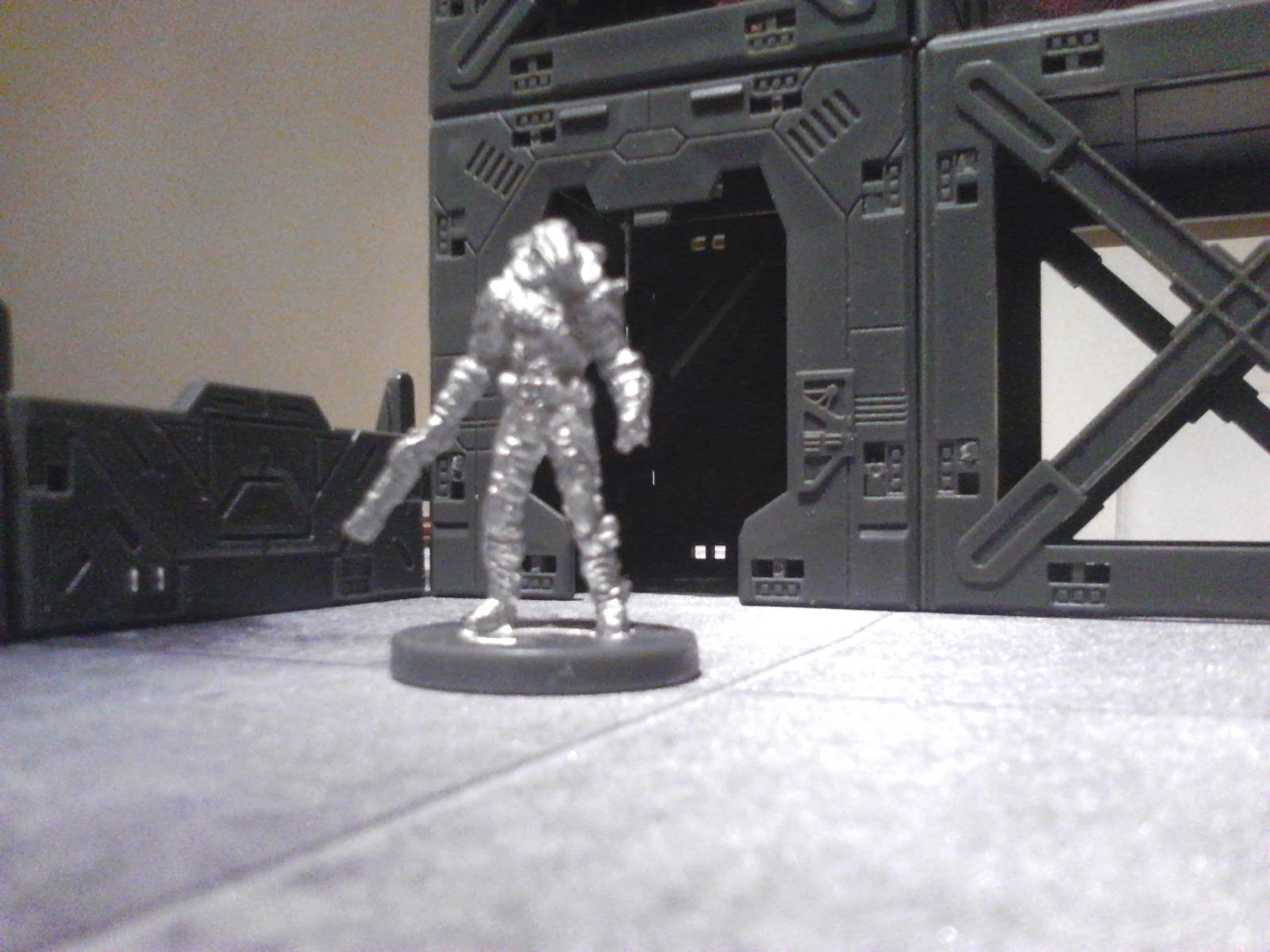 So thanks for dropping in & be sure to keep a eye on the blog to see if I stick to the plan, but if your a betting man keep your money in your pocket.