After what seemed like for ever we finally got our first game of INQ28 played in the club, with yours truly doing gm. 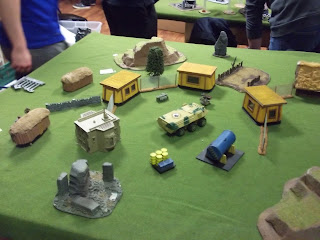 The plan was to for the players to send 2 of their warband to the world of Narusk to get some information from one of the abhuman Neoblin that would help them in a case they been working on a long time. 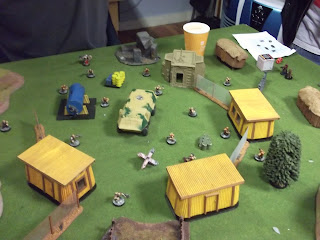 As their was meant to be five players the plan was for one of the players to have gotten there first & gotten the information & now needing to get off the table with the other players haven to decide what they want to do about it. 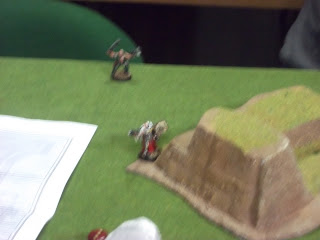 Like all good plans this didn't work out with one of the players dropping out & another not able to make it after his wife gave birth to a baby boy, I can't be to hard on the second lad as his new son is also my new grandson. 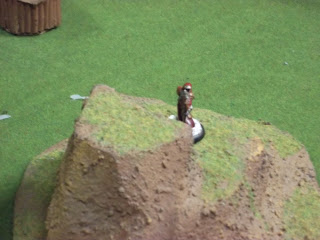 So after setting up the table of 4x4 I let the players pick a coiner to start from & let the game & the story unfold & unfold it did with one of the players deciding it might be better if no was to receive the information. 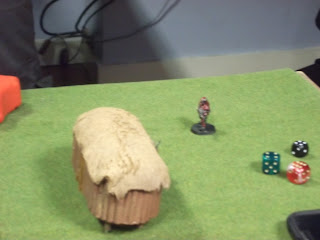 Now to be fair were all new to this game & mistakes where made but all the players enjoyed themselves & the events have given me a direction in which to take the storyline so all is good. 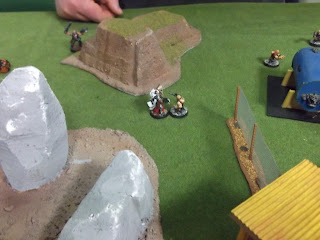 Now something that myself & the other players noticed about Inquisitor is that it feels to have a nice balance between a table top game & a rpg as you still use models & lots of terrain which is good as it gives me a reason to make some terrain. 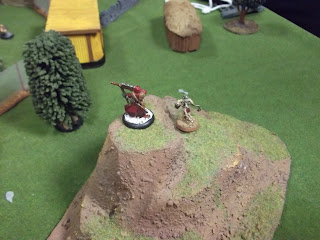 Also the type of terrain you use while all of it could be used in a game of 40k most of it wouldn't be so it's a nice change of pace. 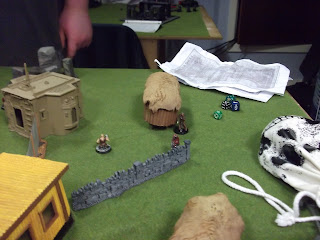 This for me anyway to the gaming table looking really cool where instead of having blackened you've got in tacked colourful ones. 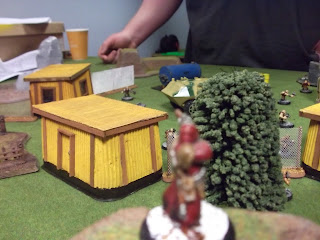 I think when GW released Inquisitor they made a big boo boo by doing it in 54mm scale & not because you had to buy different models to play it because unlike 40k you don't have to have hundreds of models to play it, no I think real problem came with the size you needed to make the terrain. 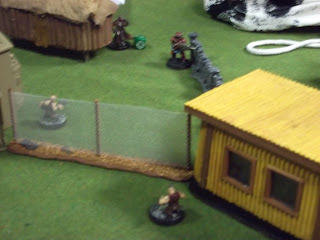 The little yellow buildings you see which I made using butter tubs would need to be twice the size for 54mm & the same would go for the chain linked fence, & the big pain with everything being twice the size is storing it. 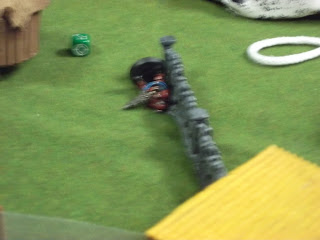 So we seem to be off to a go start & here's hopping to many more fun filled hours of gaming in the murky would of the Inquisition. 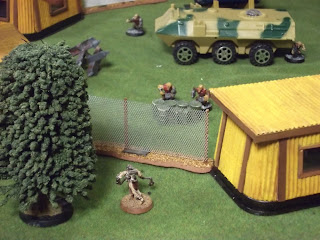 In what kind of setting will we fine ourselves in the next game ? you'll have to wait till next month to fine out but I've started on a few peices of terrain for it already. 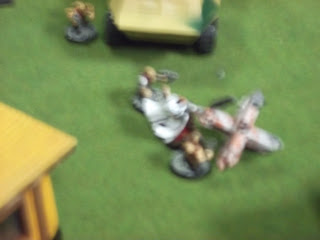