How to make lava bases 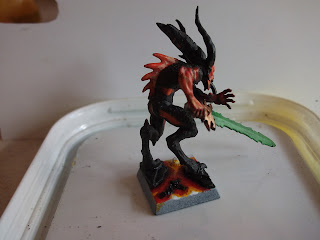 It's ok I haven't taken up playing squares but a very good friend of mine does & in a way this post is for him although anybody that reads it as always may feel free to use it if they want.

Any way I'm going to look at making lava bases which is a popular choice for putting daemons on.
So we'll start with what we need for this project. 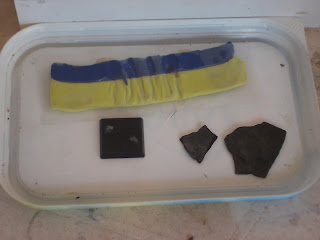 So we've a base, some slate & greenstuff now before I go any forward bits of slate is something you can buy but if you look around some waste ground like I did then you'll most likely get it for free.

I gave the top of the bases a quick rub of sandpaper, then broke off two little piece's of slate & glue them to either side of the base, it's a good idea when your doing this part if you have a model at hand to make sure the slate is put on in a way the model can stand on it as you don't want him in the lava. 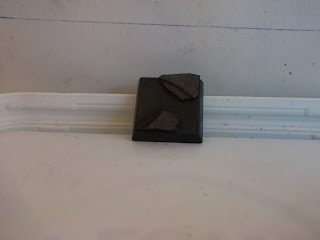 I know it's hard to see black on black but if you look closely you'll see the slate.
next I made a little ball from the greenstuff. 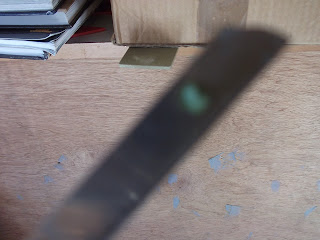 I fixed this onto the base & then crushed up a bit of slate. 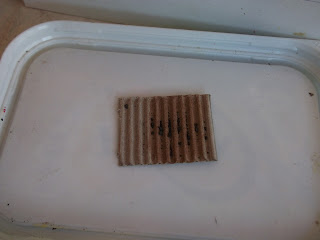 Which I also glued onto the base. 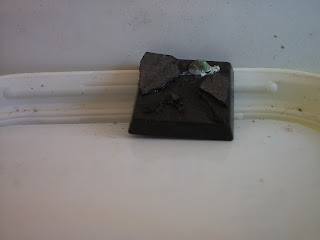 So that was it the base made in a few minutes.
I then spayed  it withe 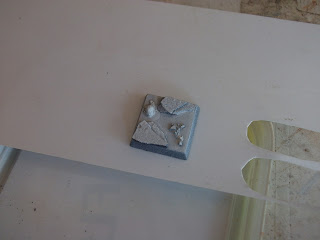 You can see better in the picture above the made up base, I then painted it up now I never painted a lava base before & this post was to show how to make them not paint them, anyway a few pictures below of the base at different stages. 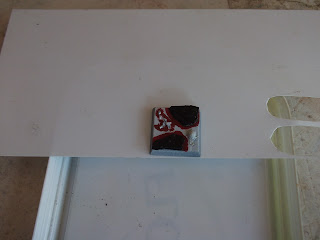 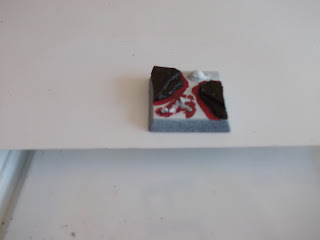 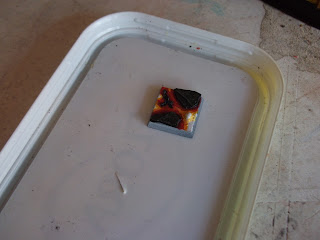 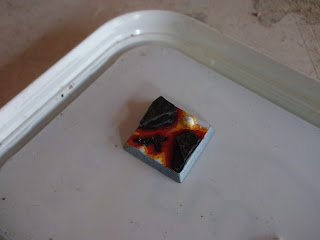 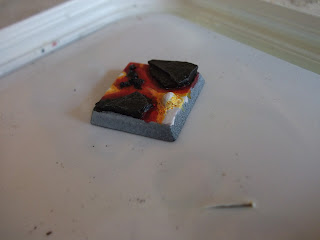 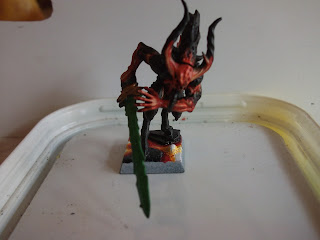 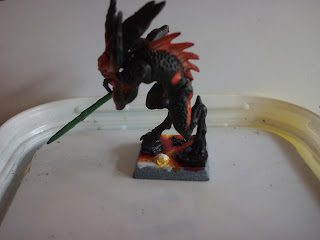